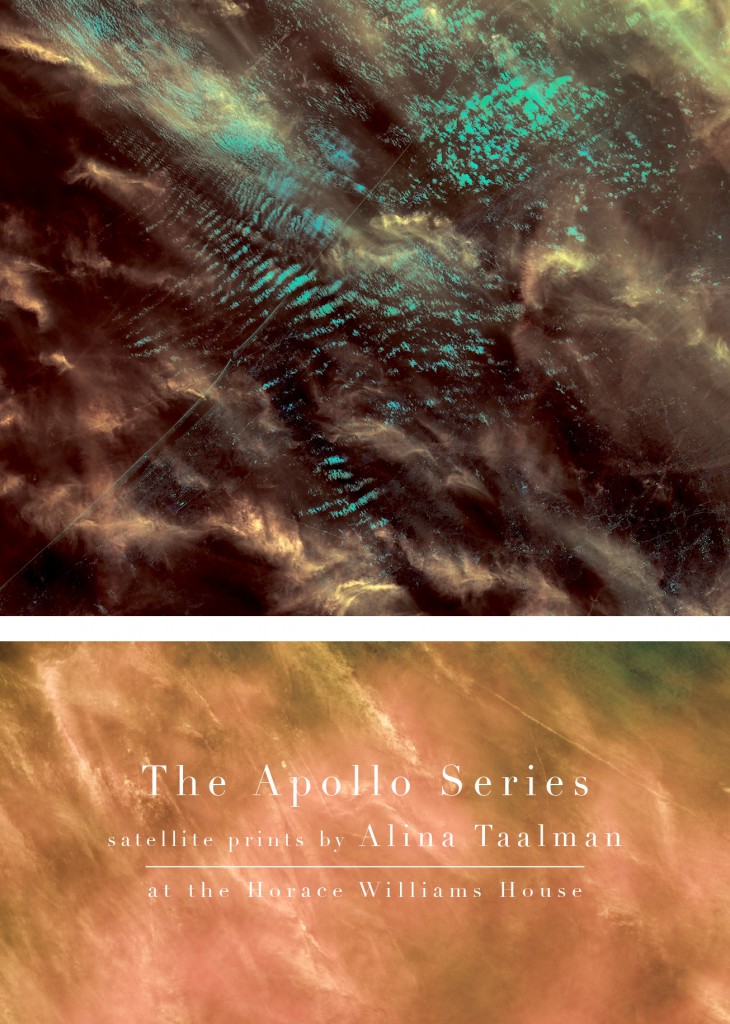 JUNE, 2016 – One month solo show
ALINA TAALMAN: THE APOLLO SERIES
In 2013, NASA launched the Landsat 8 satellite. The detailed data on Earth that it captures is archived online and offered free for anyone to use. Alina Taalman, who recently earned an MFA in experimental and documentary arts at Duke, took them up on it. The Apollo Series consists of visualizations of energy collected by the satellite’s sensors—much of it invisible until Taalman prints it—above Cape Canaveral, Florida, a site the artist chose for its relatively well trodden pathway from terra firma to terra incognita. The result is a kind of astral projection, a dreamy dialogue between land and space in shimmering, mysterious abstractions. After this opening reception, Apollo is docked at Horace Williams House through June 27. —Brian Howe