We decided to look through Thingiverse for some brainstorming ideas for our project and began looking at some designs from the popular Nintendo 64 game from 2000, Majora’s Mask.  While looking through Thingiverse, we noticed that no one had made a design for the clock tower from the game.  In the game there is a clock tower in the center of the main area, Clock Town.  Over the clock tower, there is a moon looming above that slowly gets closer as each day in the game passes.  The player has a total of 3 days and nights to stop the moon from crashing into Termina (the game world.)  (Clock tower from the game shown below) 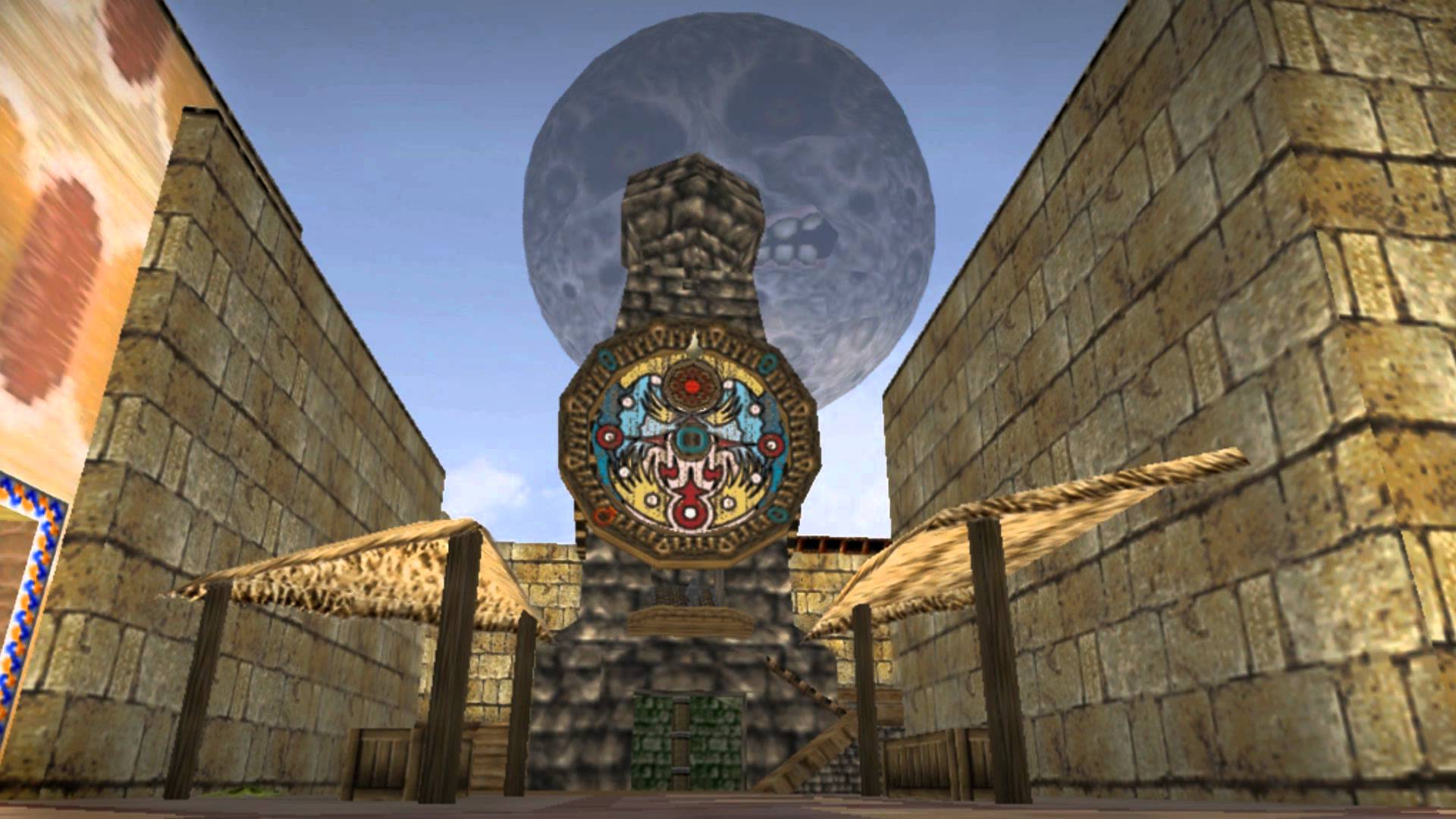 Rob began sketching some ideas in his notebook on how to design a way for the clock to turn and the top to fall at the same time. (Shown below) 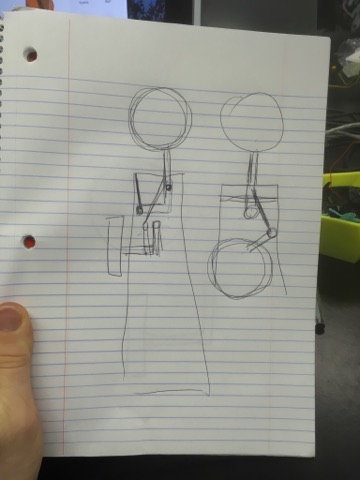 Due to the game being 17 years old, the images from the game are blurry, so we google image searched for a clearer picture of the tower and found a toy model of the tower that we decided to use as a reference while we design the structure in Tinkercad. (Shown below) 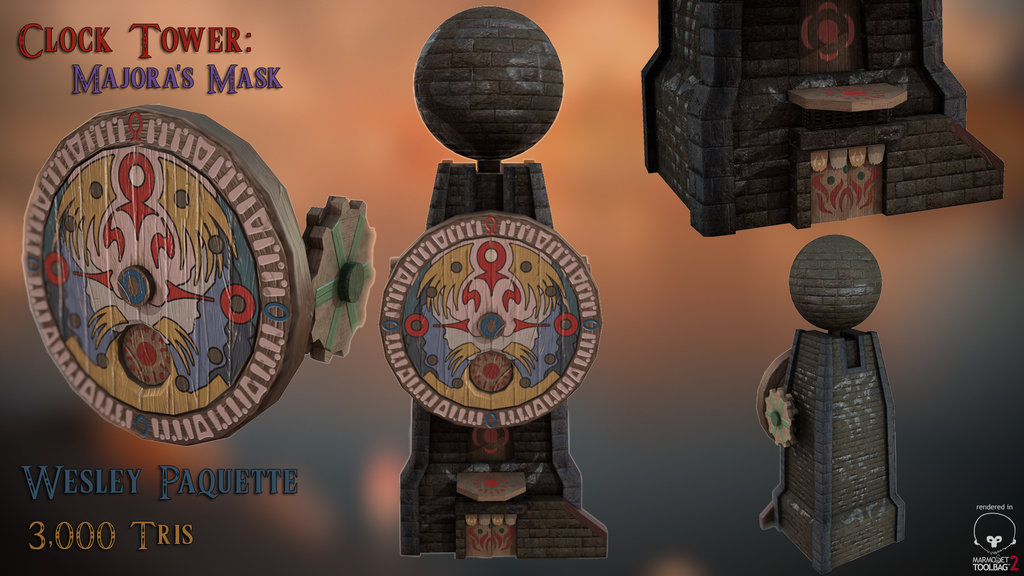 Rob began making designs in Tinkercad for the Tower portion, since he will be working on the mechanics of the design. (shown below) 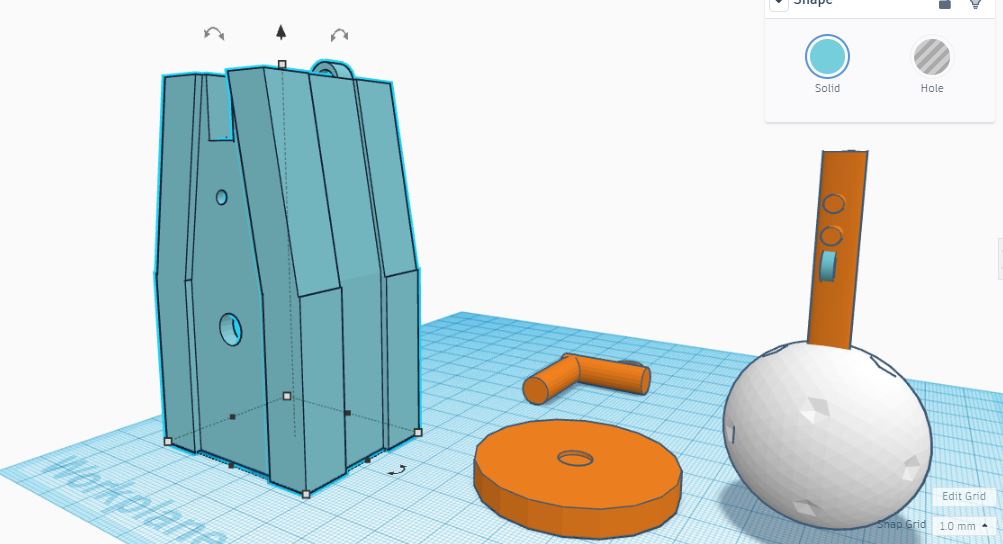 I decided to work on a base structure that the tower could set on.  I tried to size the base with Rob’s tower design, since his needs to be scaled accurately for the mechanical pieces. (shown below) 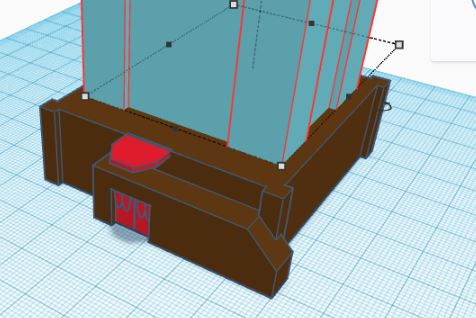 I also wanted to make the tower and the base look like they are merged together, so I tried to arch the corners to make it more like the original design. (shown below) 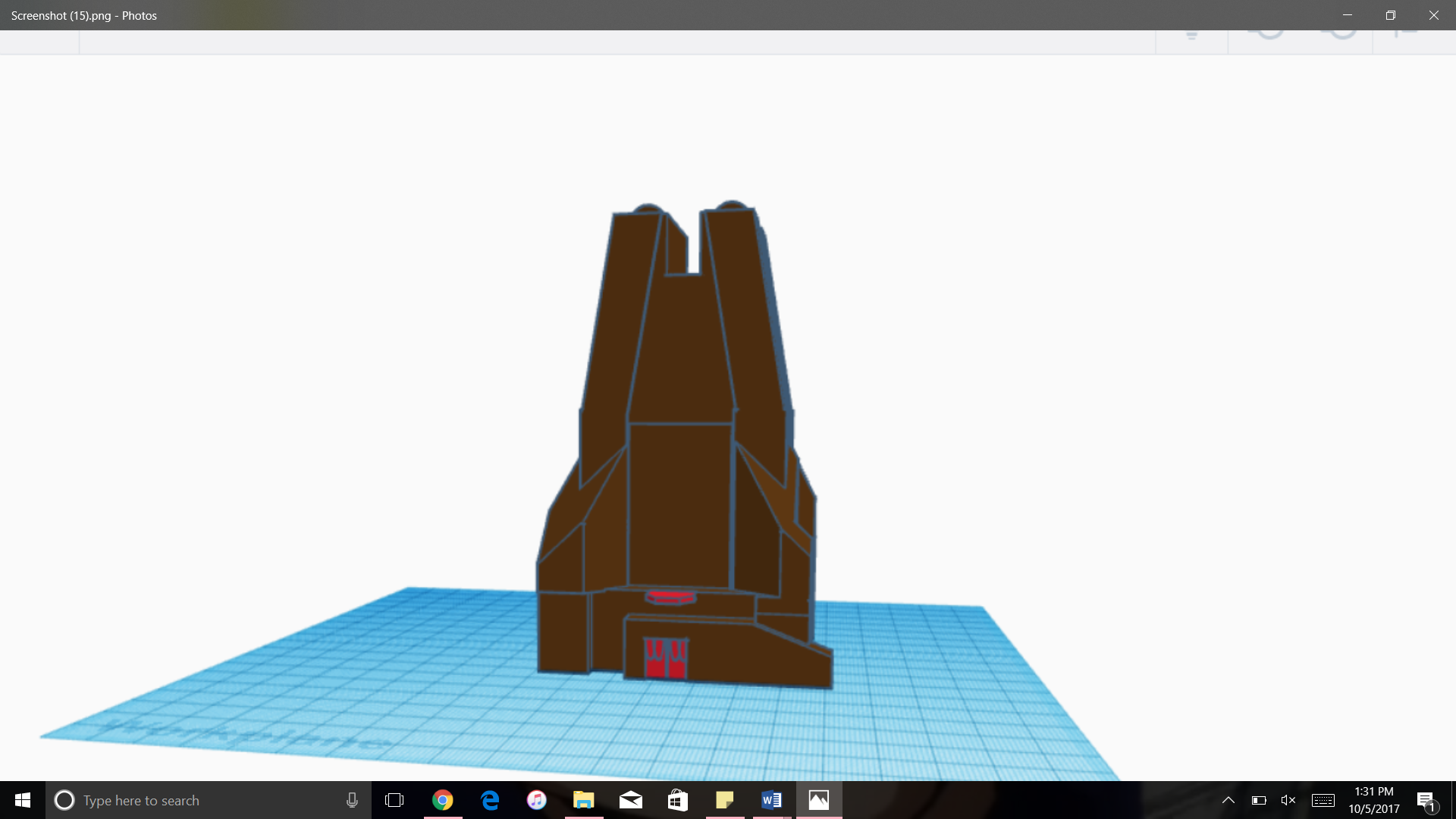 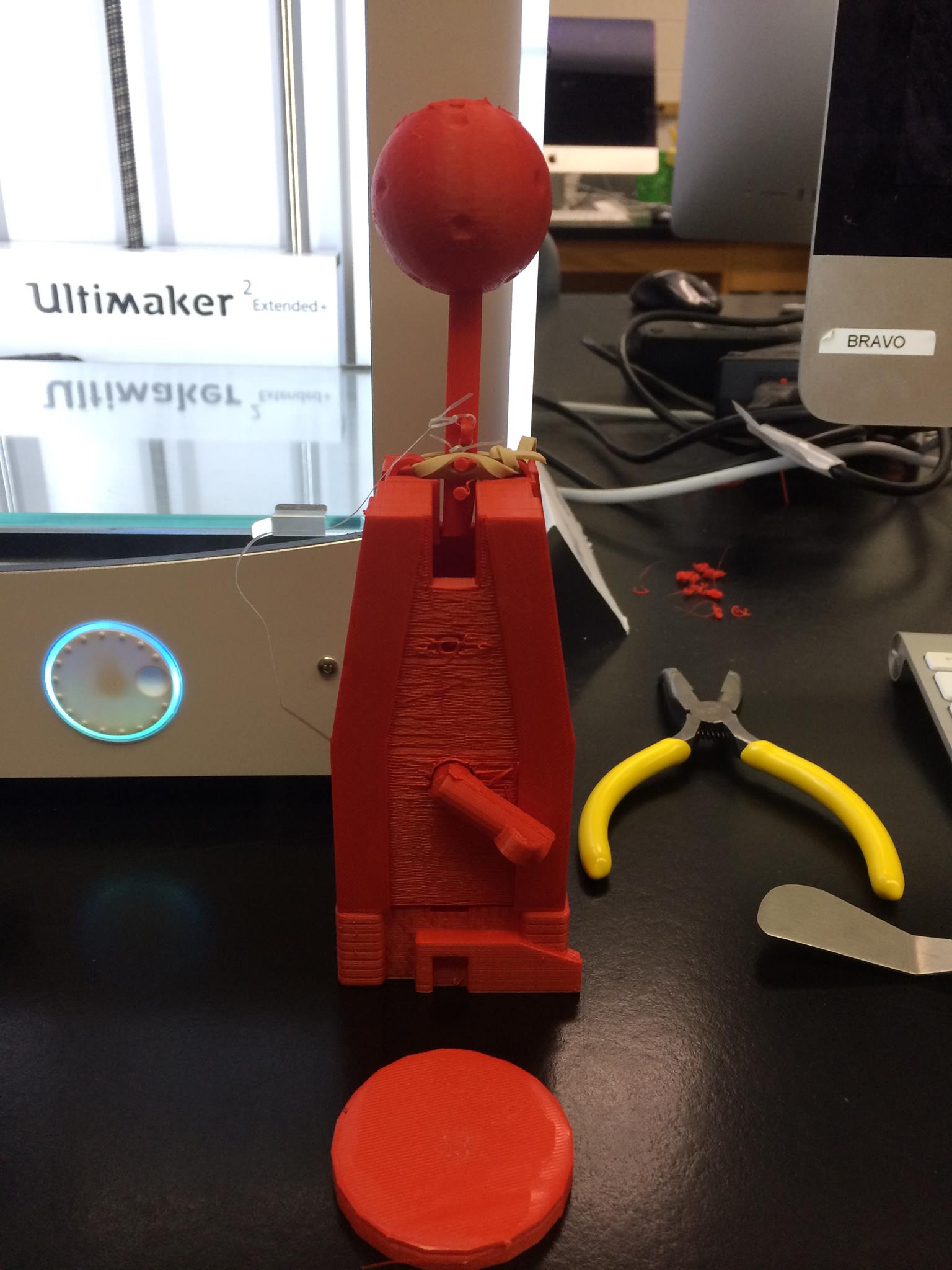 Wow, it actually worked shockingly well!  Rob attached all of the pieces together and was able to make the structure move just like in the game.  Even though the design works, the rod that holds the ball at the top is a little long.  However, the moon pulls forward and snaps back up just like it’s supposed to. (tower structure with top and long rod shown below) 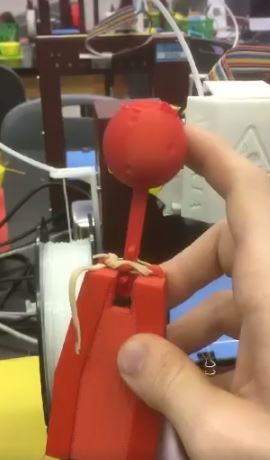 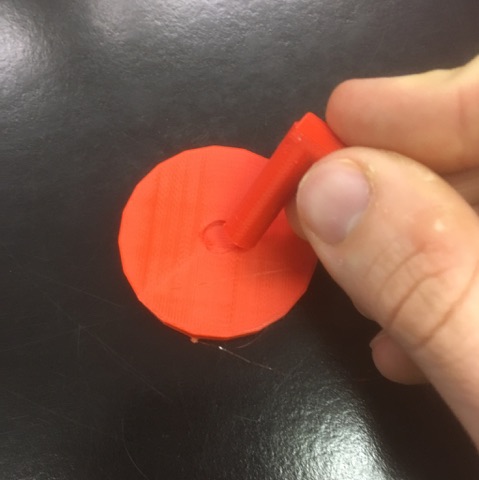 The primary issue for Rob is that the wheel that is supposed to turn doesn’t pull the string far enough downward for the moon to fall the whole way. So Rob is going to try resizing the rod he is currently using to allow more room for turning inside of the tower. If this does not work, he will turn the main wheel into a pulley system to pull the string. This may require the reprinting of the wheel, but the main tower is good to go from here on out!

Once we realized that the tower structure itself would work, I printed my base structure.  I added a brick pattern by placing thin hollow boxes on a long solid box.  (shown below) 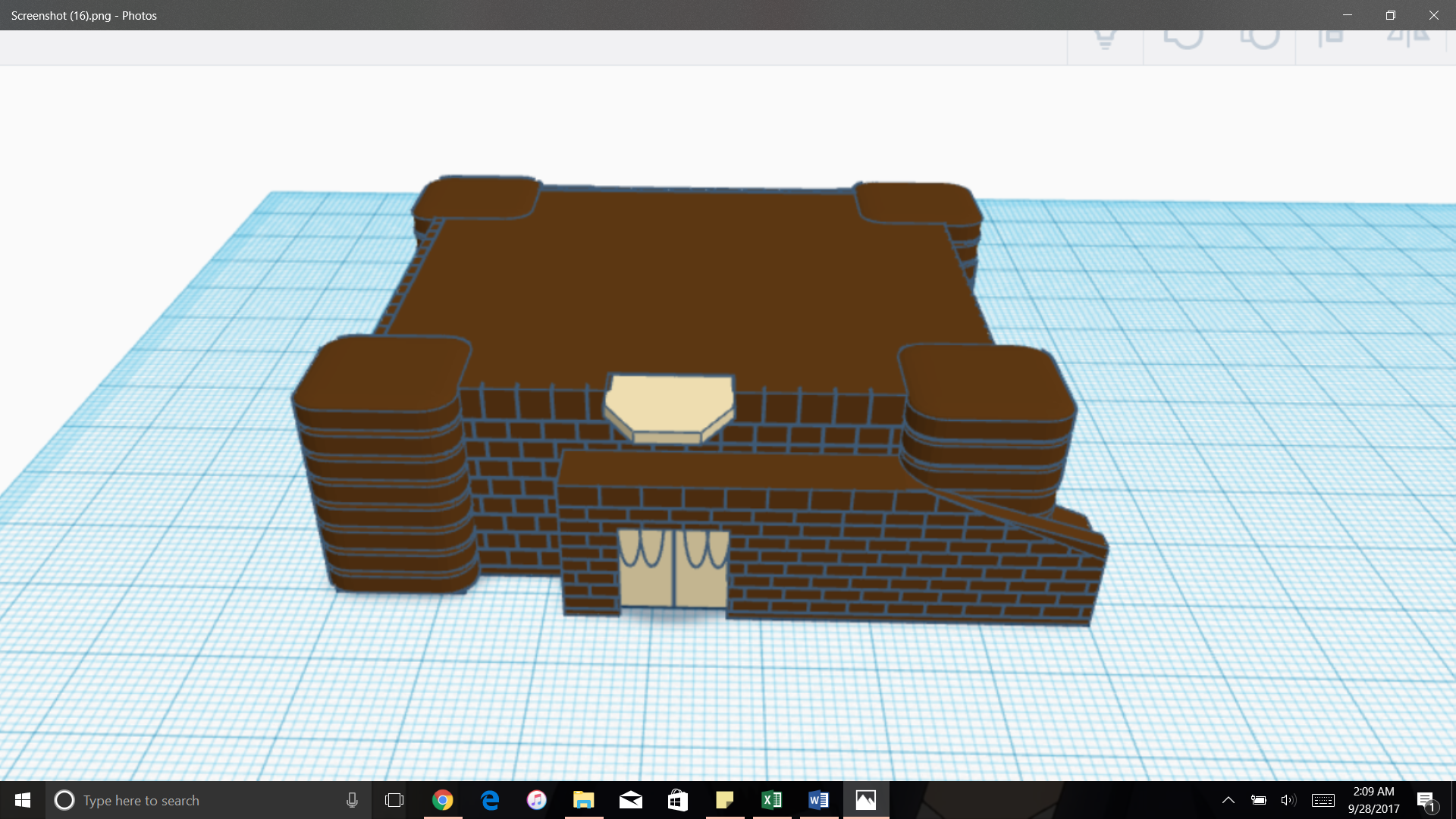 The first print of the base turned out really well.  I tried to make the base as realistic to the original source as I could, so I added a brick design on the base by sticking small thin hollow boxes in a long flat box to make grooves and the design actually printed very cleanly.  The print wasn’t that big, but the Ultimaker still managed to print the brick designs on the structure. (shown below) 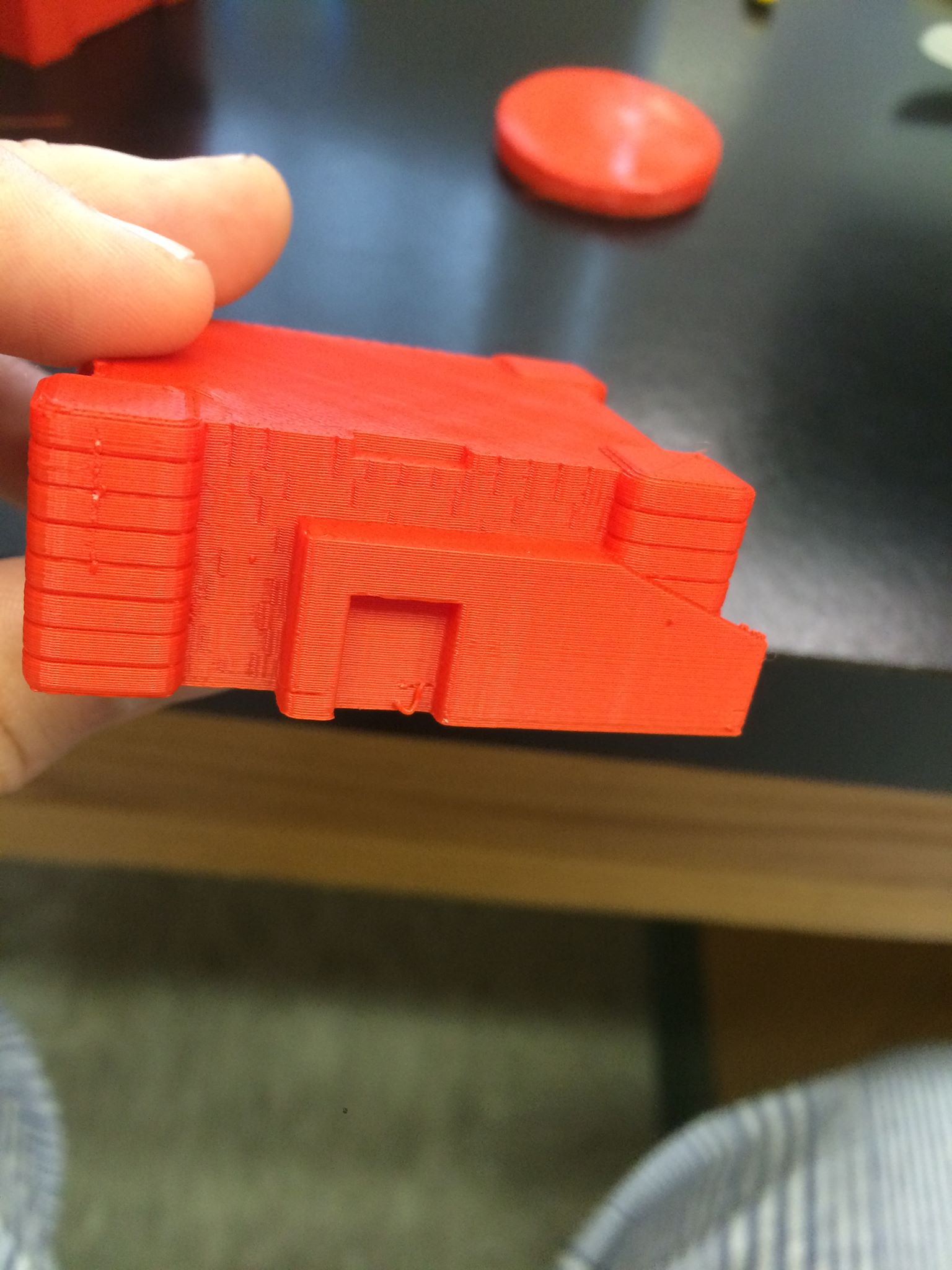 Now that we have an accurate idea of how our design is structured and fits together, we will plan to print a larger model of our first print.  Rob is resizing some of the trouble pieces that were previously stated.

Rob resized the rod that holds up the ball (show below)

Hopefully now the readjusted clock wheel pieces will snap together with the rods. (new design below) 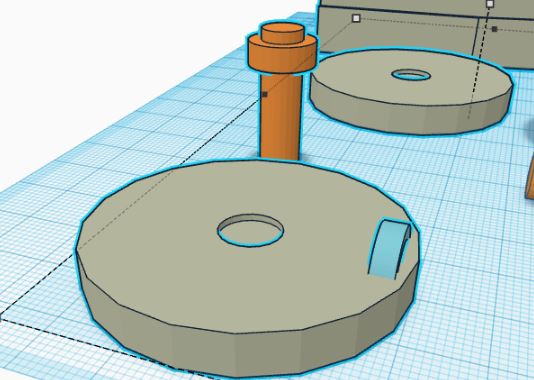 Rob also has a plan B mechanism in case the resized rotating rod still isn’t enough to get the moon to fall. 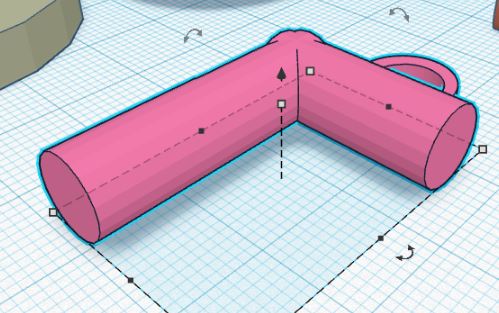 We decided to make our final print a little bigger than our rough draft. Luckily, we only had to change two minor pieces for our structure.  One was the long piece that connected the moon to the tower. Originally, it was a little too long. Rob shortened the piece and now it is not as top heavy on the structure.

The second piece was the sphere on the top of the structure.  It was having difficulty printing cleanly, so we decided to pull something from Thingiverse.  Since the structure is from Majora’s Mask, we decided to include the famous moon from the game, instead of the sphere. 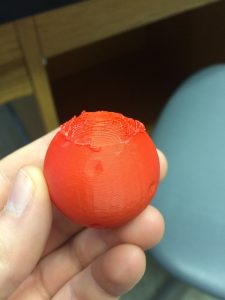 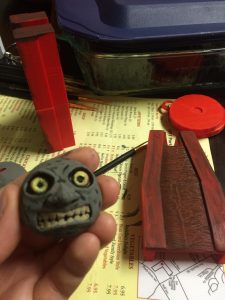 We had to scale the base with the tower and print them with the same dimensions so that they would fit together.

Once we had our final print structures, I took the pieces home and painted them to look more like the structures from the game. (shown below) 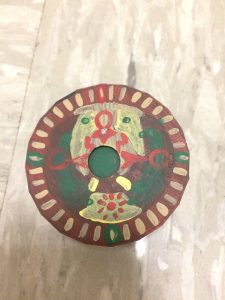 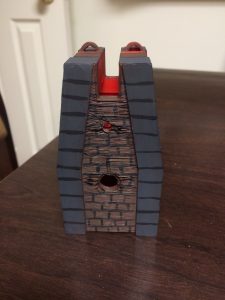 The paint that I used is 50 cents a bottle at Walmart.  The brand is “Apple Barrel” and it surprisingly paints onto the structures very well.  I had to use two coats of paint on the prints, but the paint color stays on neatly. (paint shown below) 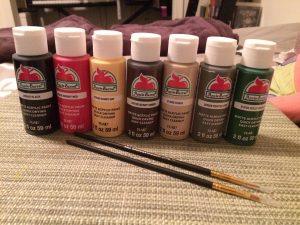 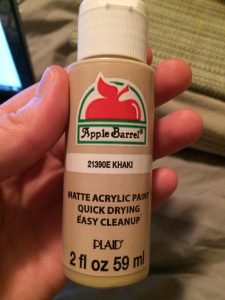 The final product with the paint looks really awesome! 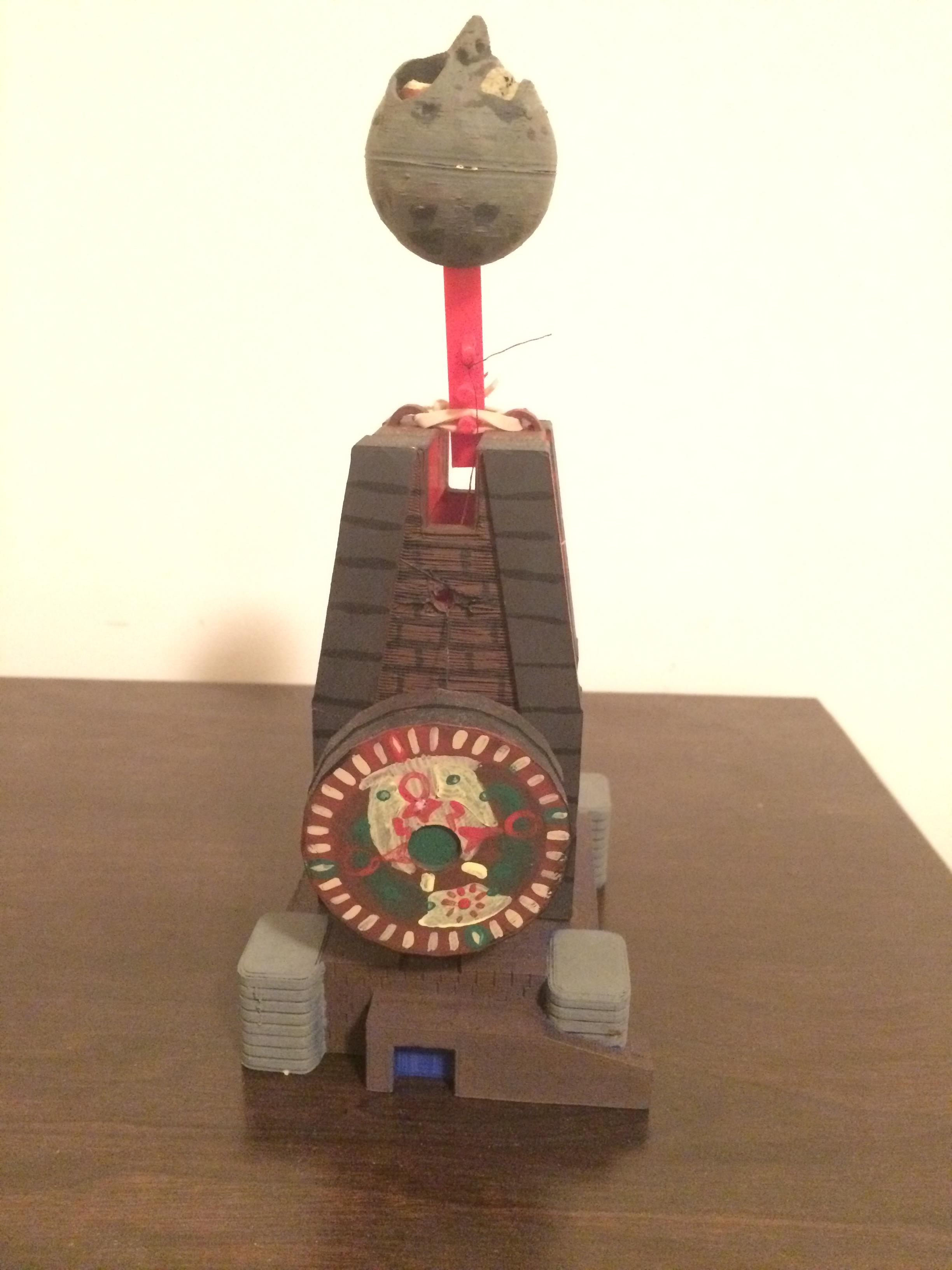