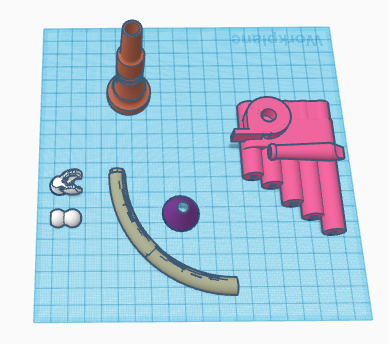 Our project is to 3D print a musical instrument/noisemaker. We wanted to print this because we enjoy music and think that a lot of cool sounds being produced by one 3D printed instrument would be fun to play and unique. We started by searching thingiverse for a bunch of different musical instruments that people had already created such as an ocarina, whistles, a harmonica, a saxophone mouthpiece, a trumpet mouthpiece, a recorder, and a pan flute. We then quickly decided that it would be hard to retain the original pitch of some of these instruments due to time constraints and the fact that some of them would have to be resized (such as the pan flute) and accepted that this “instrument” may be more of a noisemaker/novelty. 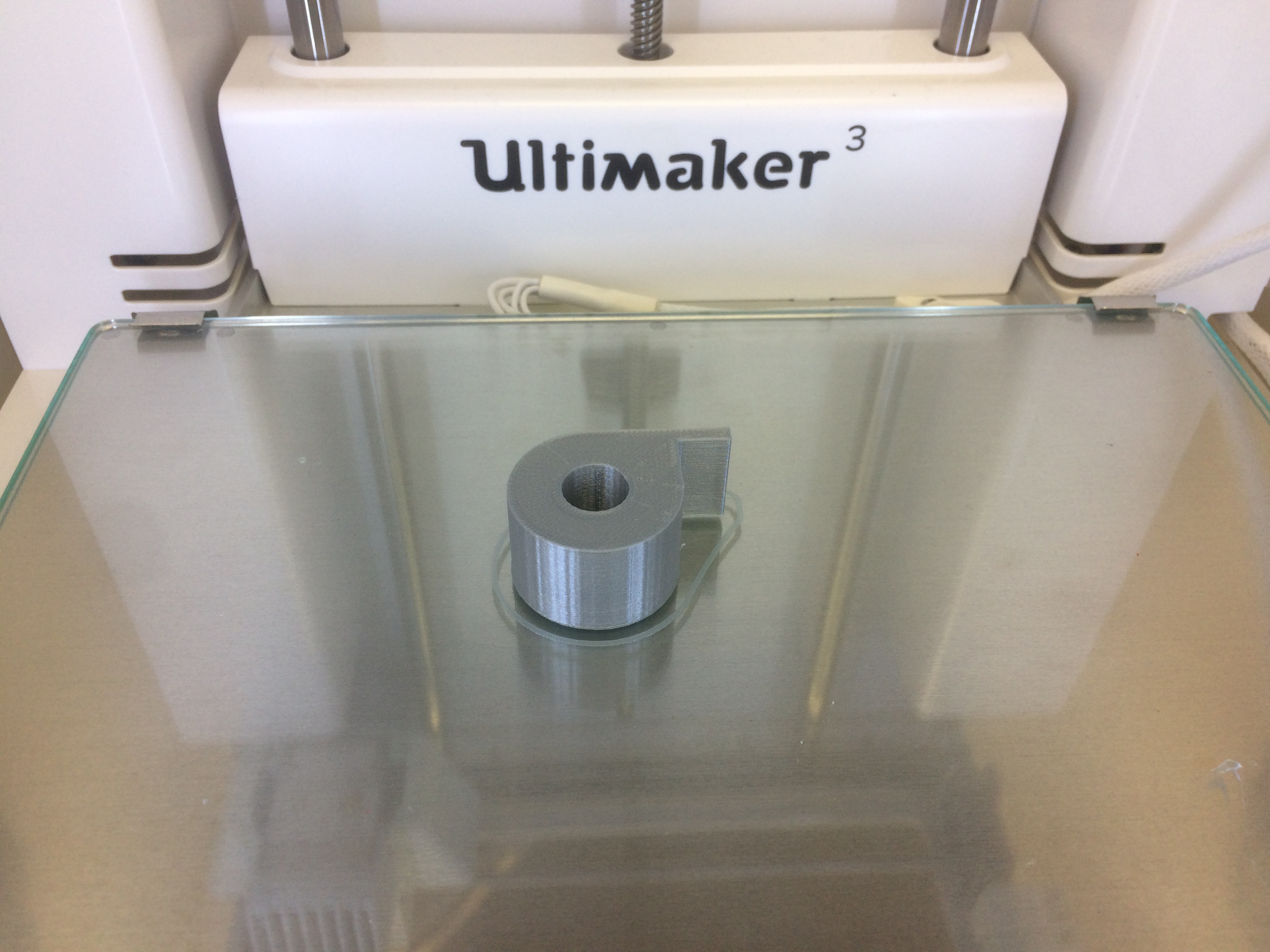 We attempted to 3D print one of the whistles and a saxophone mouthpiece last class in order to test if they worked properly. We weren’t able to get a picture of the mouthpiece due to the fire alarm, but we did manage to print the whistle. 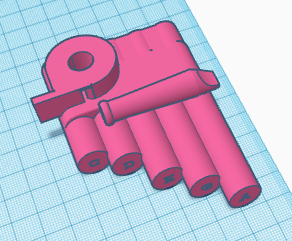 This is our first rough design for the main body of the instrument. The pan flute is the central instrument that everything else is attached to and you can see the whistle and the recorder mouthpiece have been grouped together and attached without the need of any removable parts. 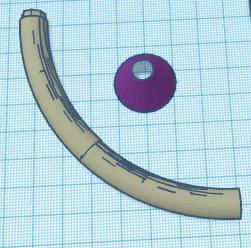 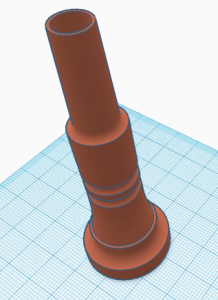 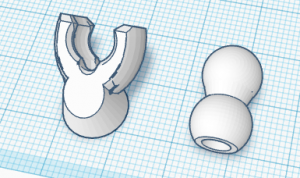 The components pictured above are a trumpet mouthpiece (which may be a challenge because it has to be printed to scale to function) and a tube with a funnel that’s meant to be attached to the end. These pieces will be connected with glue and then somehow attached to the pan flute body. We may use glue for that or we may use the ball and joint pictured above to add the mouthpiece and tubing or other parts and make them removable. The goal of our instrument is to be able to produce multiple different sounds, but we also thought it would be cool if some parts were able to be disconnected and used on their own. We still have some of the other instruments in reserve such as the harmonica and ocarina, but due to sizing and the fact that this instrument is already starting to get fairly elaborate, we probably won’t use them. 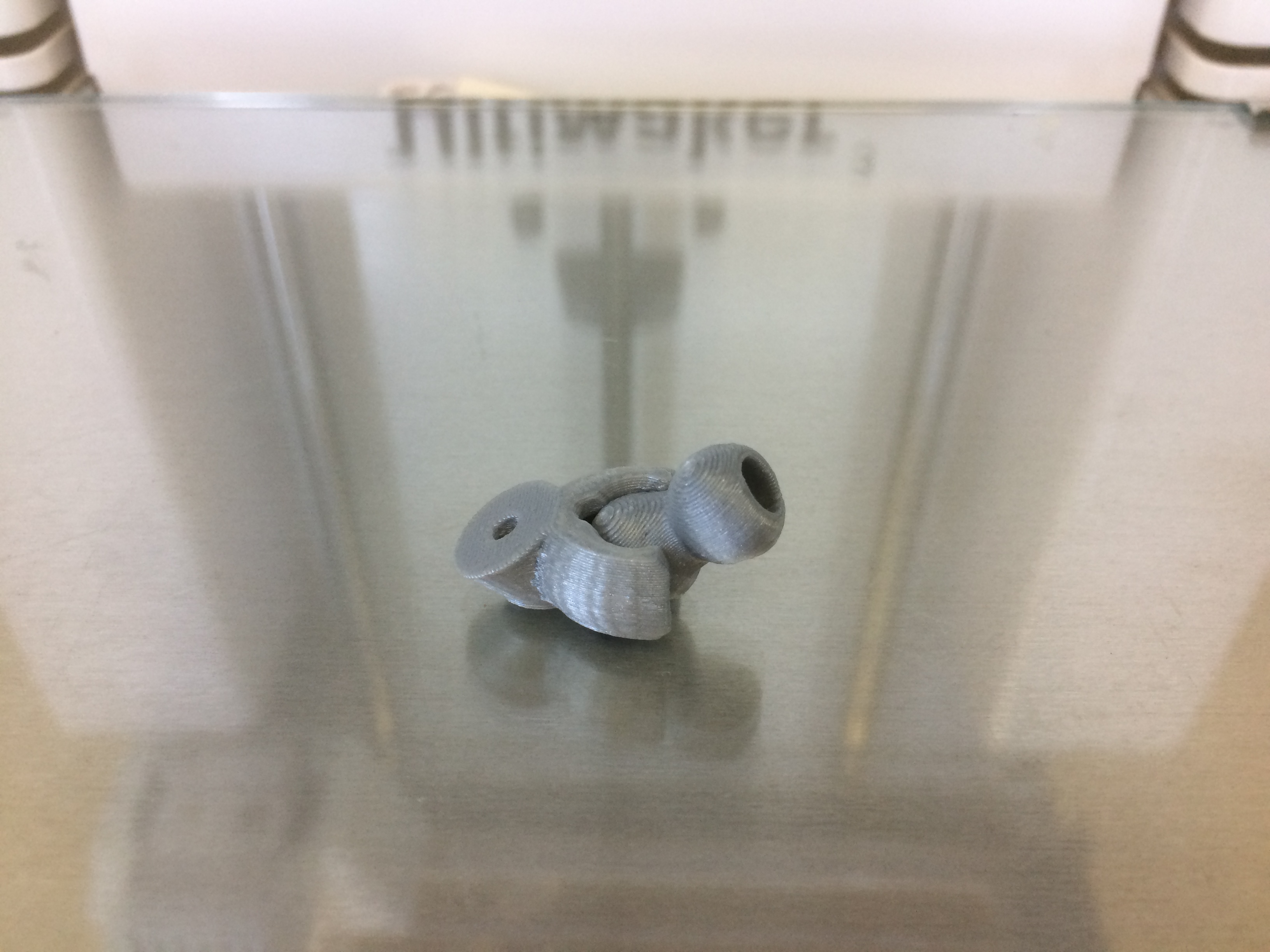 Next, we tested the Joints we planned to use to attach the instruments to the pan flute, and it worked perfectly.  What didn’t work perfectly, however was printing the pan flute in a horizontal orientation…  It may have worked if it had been printed with a raft, but instead the pipes failed pretty quickly to adhere to the build plate, so we stopped the print pretty early. 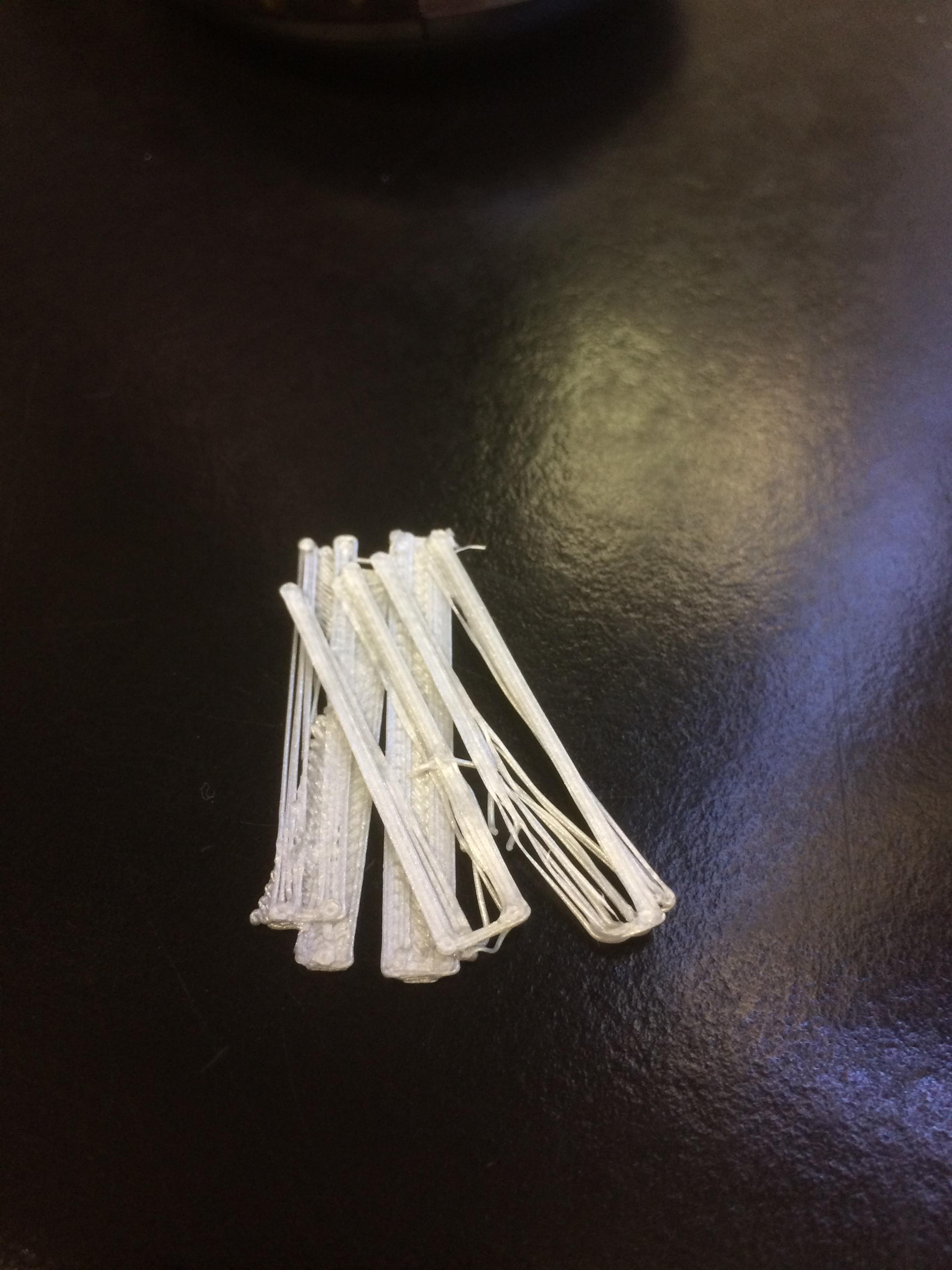 The pipes printed well in an upright position.  Now that we had printed a good amount of the pieces successfully, we moved on to printing a full scale pan flute and whistles with the joints to attach them to the flute.  We also printed a small scale ocarina that works pretty well, albeit at a pretty obnoxiously high pitch. 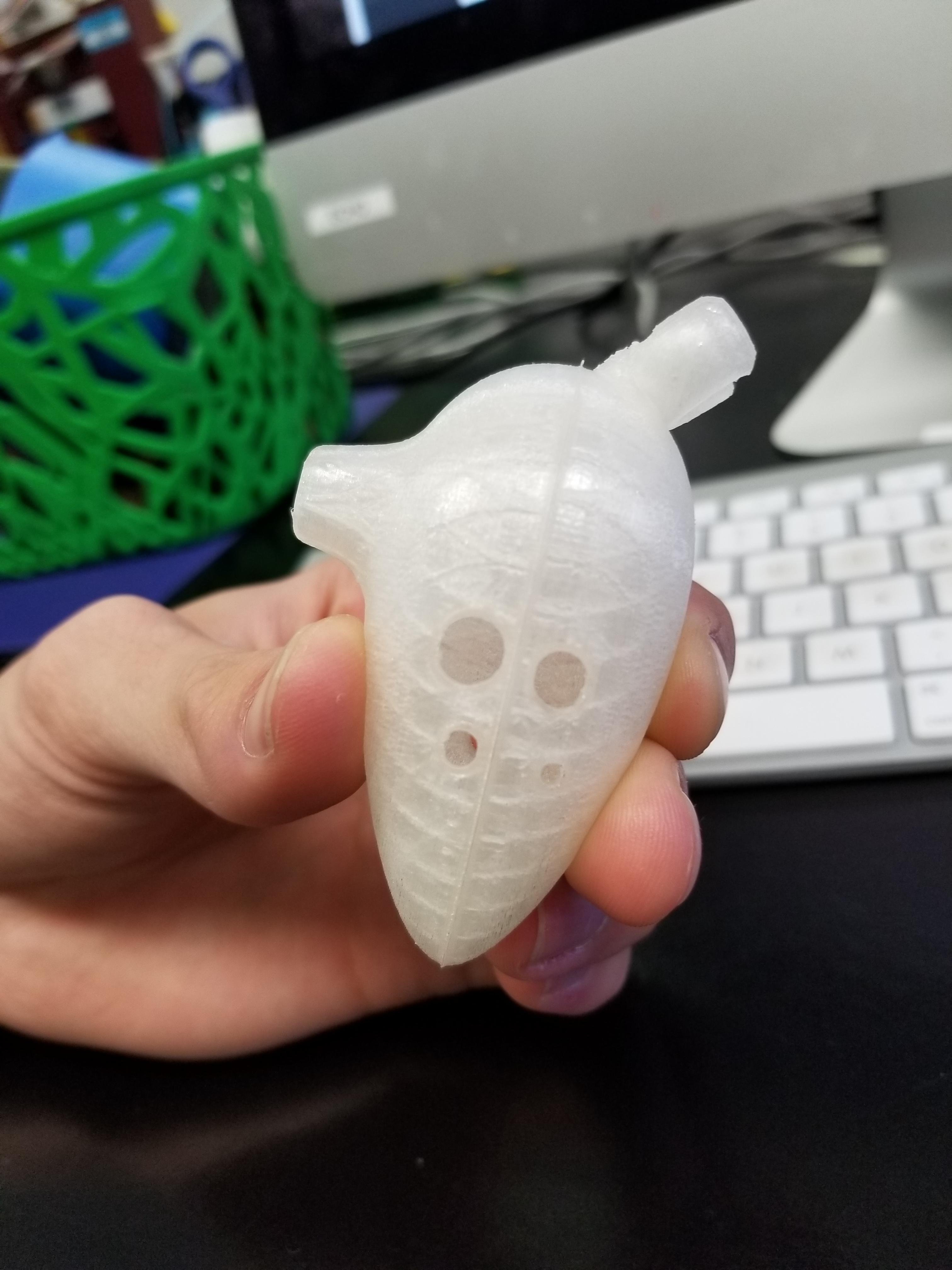 Now awaiting to see how the final prints turn out. 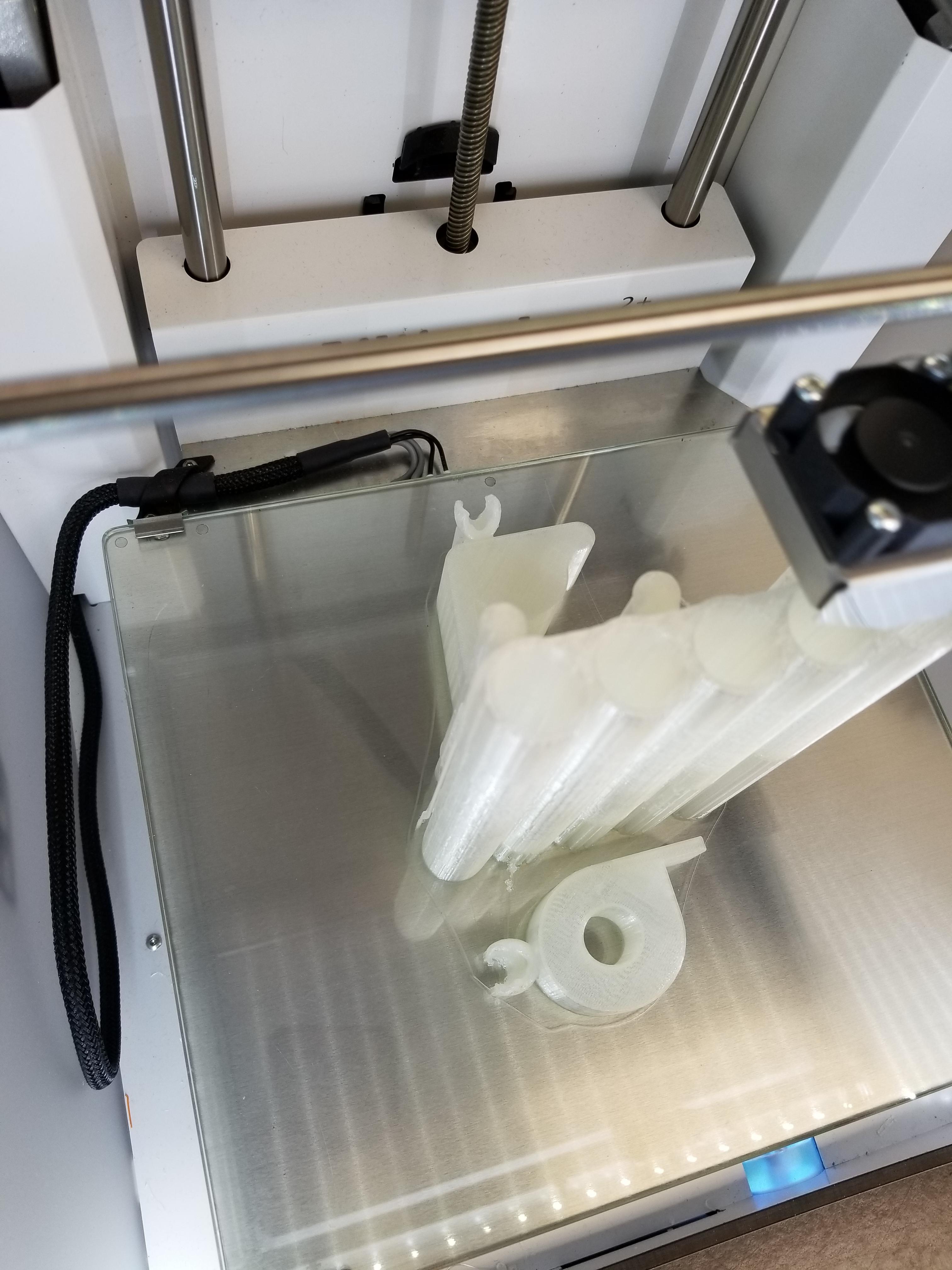 Here’s a picture of the final print with a whistle attached: 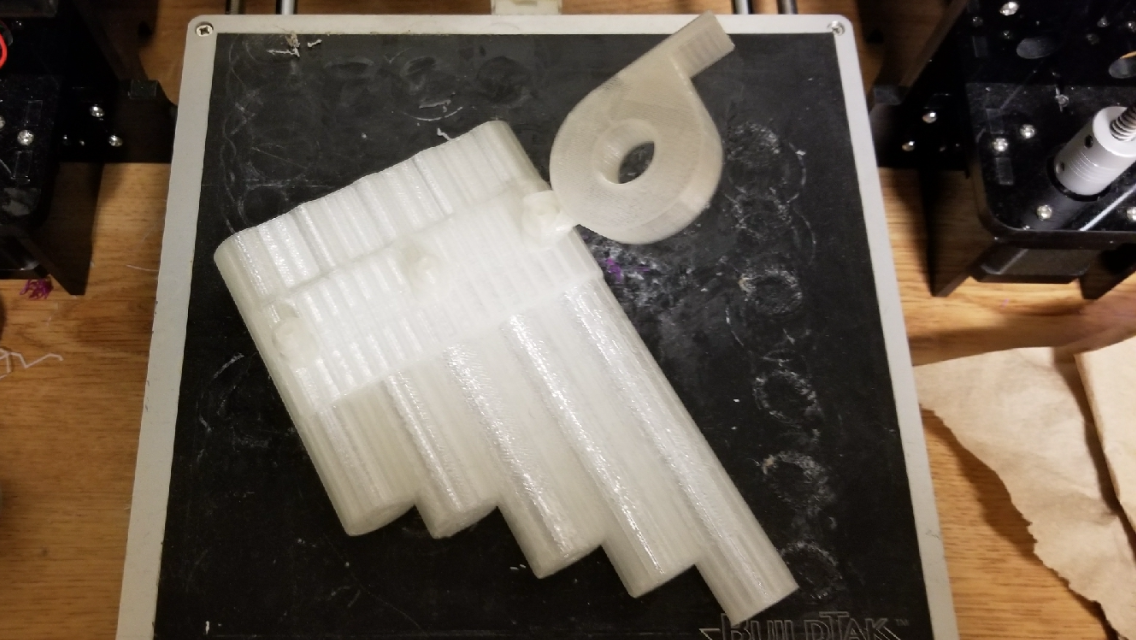 A recording of Mary Had A Little Lamb on the first working version of the pan flute: here.