I used the template ring that we had been instructed on how to make through the power point. I was happy with the way the ring looked, so i didn’t want to alter the actual shape of the ring i.e. the way the ring curved etc.I edited the density of the ring and used the refinement tool to clean the surface of the ring so that it would be easier to embed images and they would be more defined.  Originally i had planned to embed some text in to the ring, it worked but it didn’t look as clean as I had wanted. I began exploring some of the other tools on MeshMixer and I stumbled across a tool that allowed me to create indentations in the ring, giving them a sort of crumbled effect. I continued that pattern all the way around the top of the ring, it made it look kind of like a crown. I edited the indentations further to make them look more exaggerated so the crown look was more noticeable.

I have ordered my design in ‘White strong & flexible’, I ordered a cheaper material, but if the ring comes out how I intended I may order another in a nicer material. I look forward to seeing how it came out. 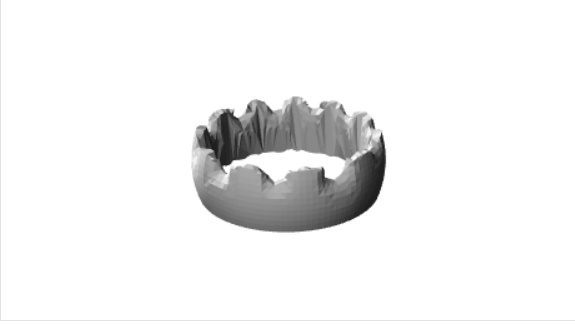 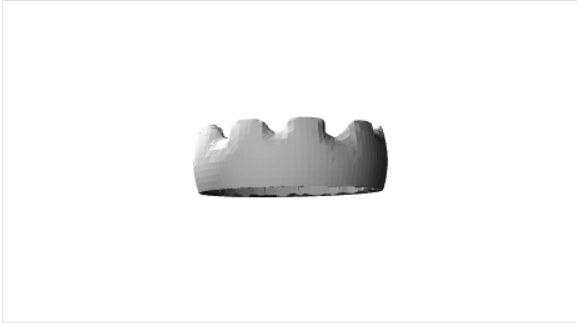 Upon returning from the Thanksgiving break I had received my ring back from ShapeWays. I’m very happy with the end product, its far more detail from the first draft and fits perfectly. I don’t think I’m going pay extra for a more expensive material for i would use the ring for, I think this material is perfect, if anything I order a darker color as this one is white and has already dirtied a bit. 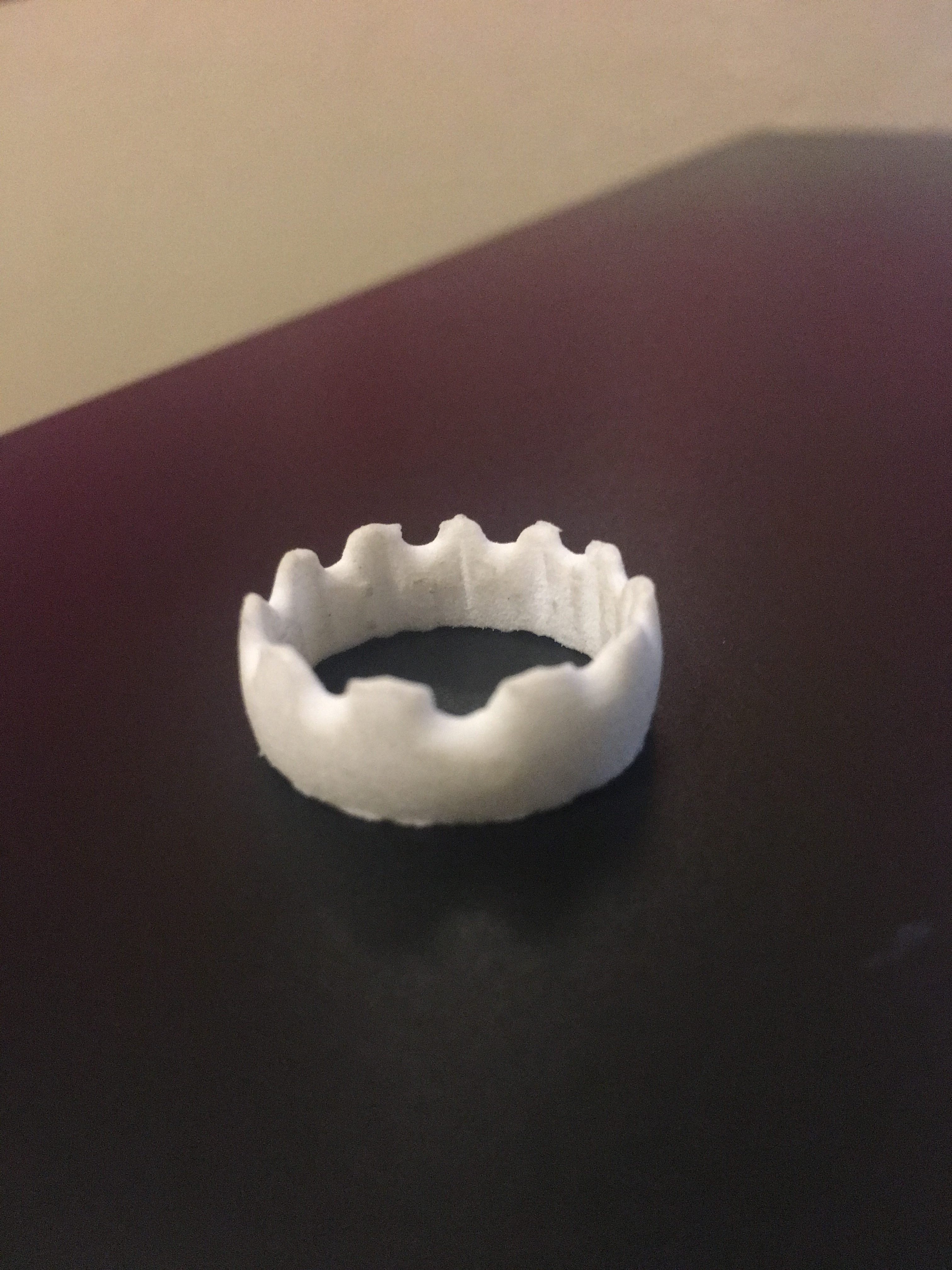