Originally, I was going for a type of ring where it wraps around the finger (shown below). I messed around a lot with the stencil and images (re-meshing and different images), coming up with different images on the ring and did not think much to actually change the shape of the ring itself. 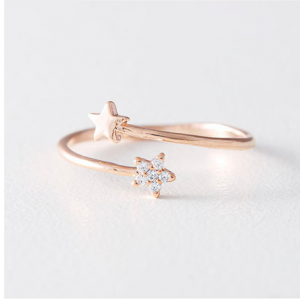 After messing around and creating different types of rings and having Shapeways disapprove of many of my prototypes, I went with this type of ring (shown below). 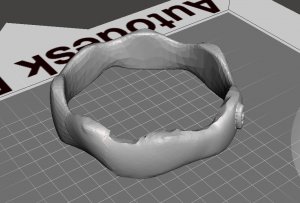 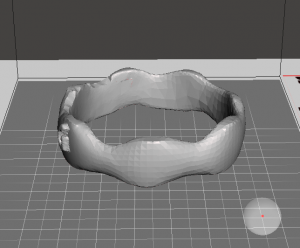 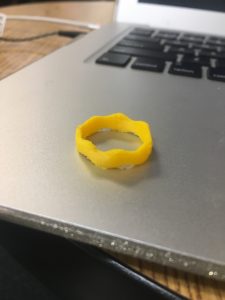 I went for a “crown” looking ring where both the bottom and top have wavy indents in them. I made the ridges uneven for a “rugged” look. To make this, I used a secondary brush and made the brush size fairly large enough where I could made big indents. I didn’t measure space between the ridges and instead placed them randomly on both the top and bottom of the ring. I then stenciled in a letter “G” for my name Gwen, but not before meshing the heck out of the ring first. Shapeways finally approved my ring and I decided to go for the White Strong and Flexible Polished ring. The ring perfectly fits my pointer finger.