For my Ring Project I decided to do something a bit different. I was trying to think of what to put on my ring and I finalized on a Bible verse. For the style of my ring I originally chose to cut out the middle piece so the text would fit in the center like so: 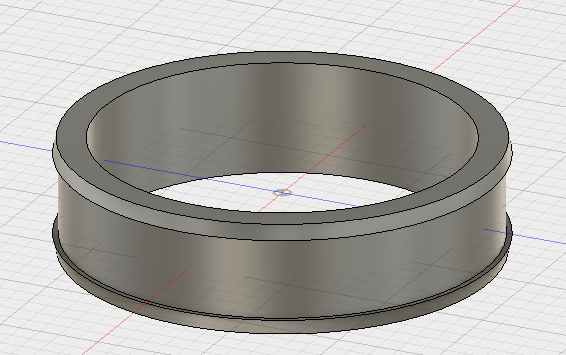 While playing with MeshMixer I decided it was too difficult to stamp letters in the ring perfectly, so I started googling how to put words on a ring using Fusion 360. It was super cool to find a whole new setting on Fusion 360 that allows you to create a ring and then unfold it so you can work on a flat surface! 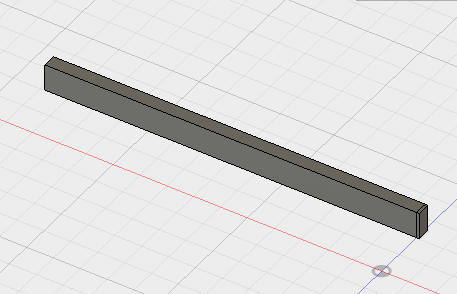 When I tried to use different fonts only certain ones would extrude or cut into the ring. When I would refold the ring it wouldn’t show anything.

After finalizing on a final on a simple font, I wanted to try to cut the ring with the words so they would be engraved.

It worked well and I enjoyed the look, but when I put it into Shapeways there was an issue with the small walls in the letters.

So I finalized on letters sticking out. It looks to me that the letters are too far out but they haven’t emailed me about it yet. 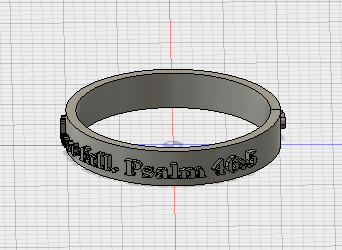