First attempt at a ring design

For my first attempt at a ring design I stuck with the basic ring design template in Fusion 360 and focused much more on the imprinted desing of the ring itself that was done in Mexmixer. I quickly discovered that photo files like JPEGs and the like were not conducive to getting a clean print onto the side of the ring. The files I found that worked best were non-animated GIF files and PNGs. I also found that adding the word line drawing to my search would be more likely to give me a clean image that would print well onto the ring. Also black and white photos worked best.

For my first ring design, I thought it would be funny to have an Illuminati ring, like I was a part of some 3-D printing underworld conspiracy group. So I found this relatively simple design on the internet and used it to imprint onto my ring. 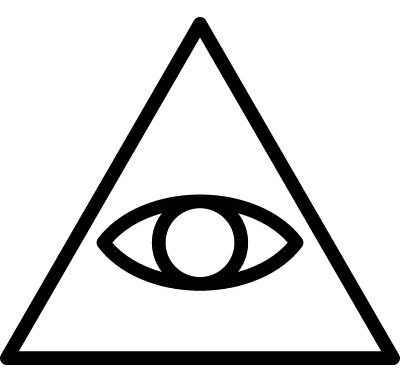 I ended up being pretty unhappy with it because, for starters the print sort of failed and ended up with a wiry base but further, the design was pretty simple and when uploaded into Shapeways, the imprint barely was showing up. 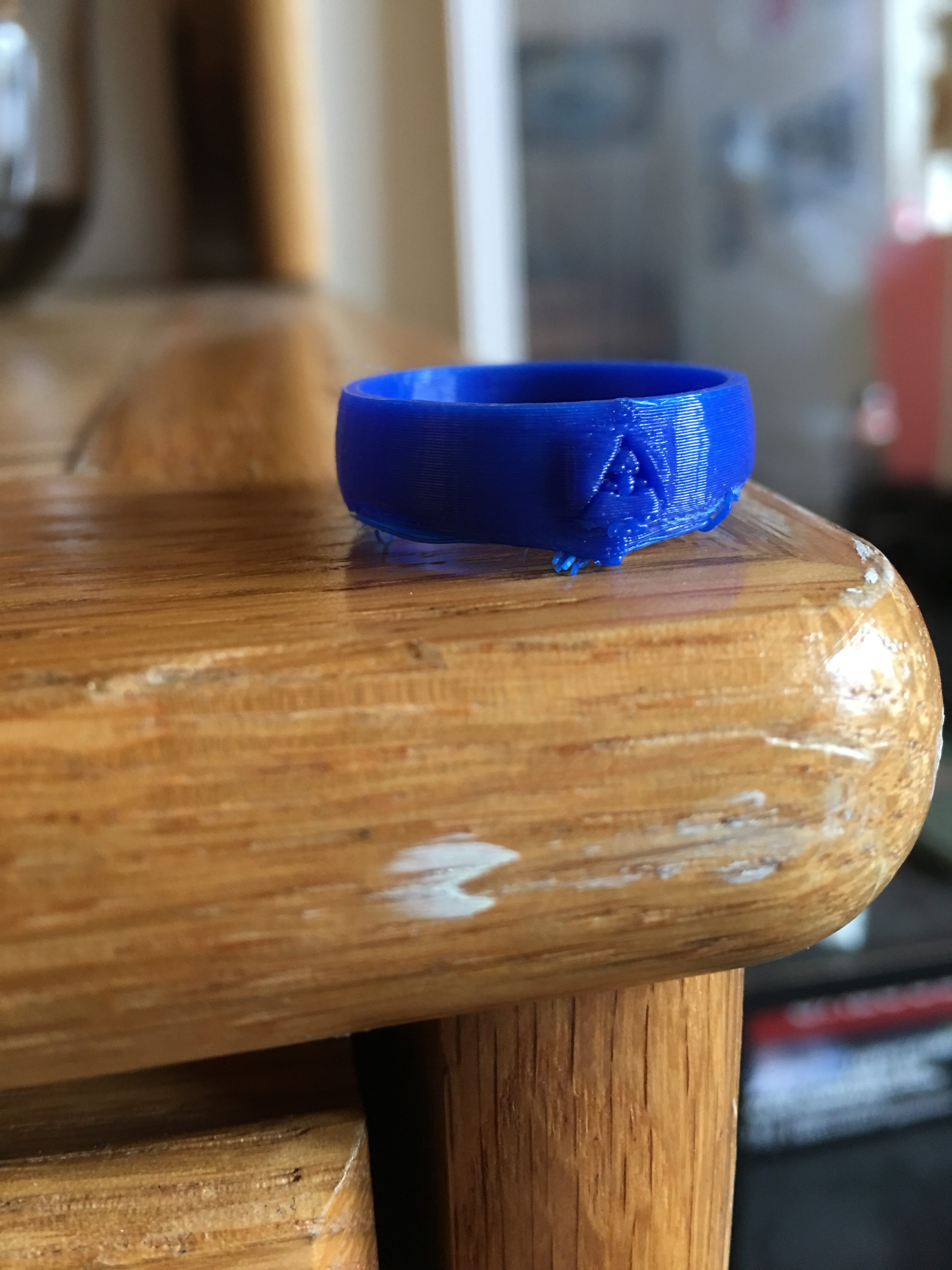 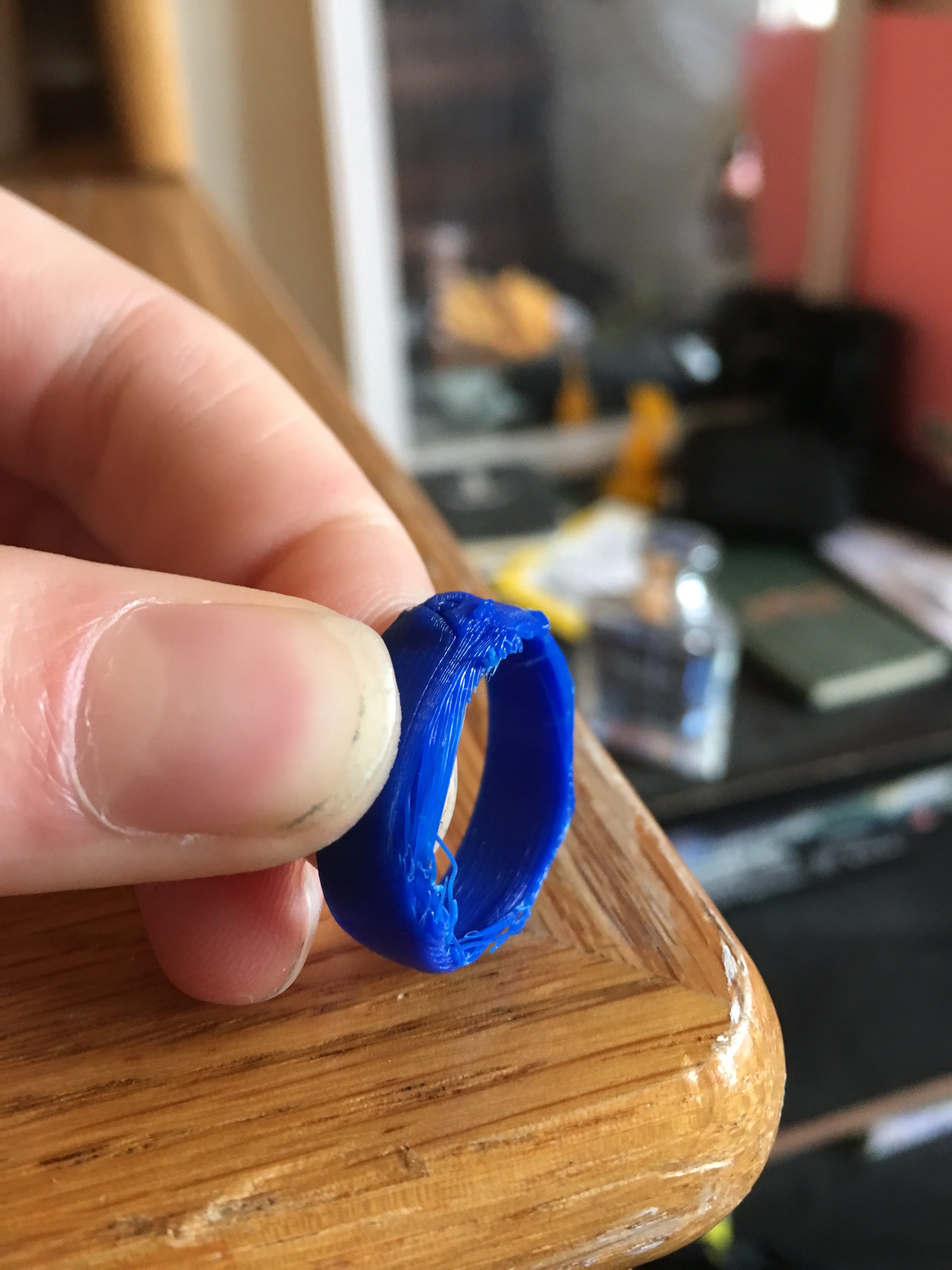 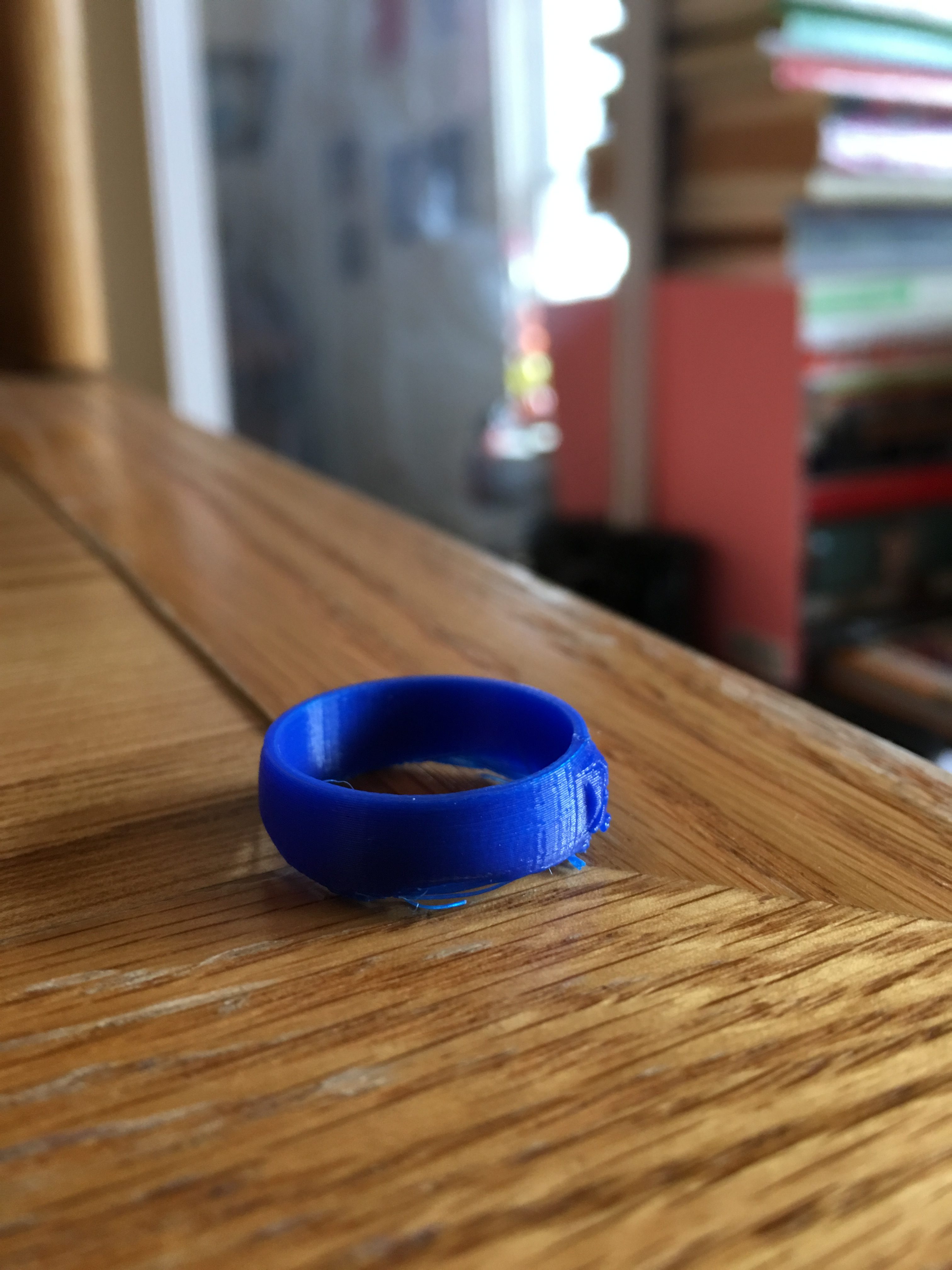 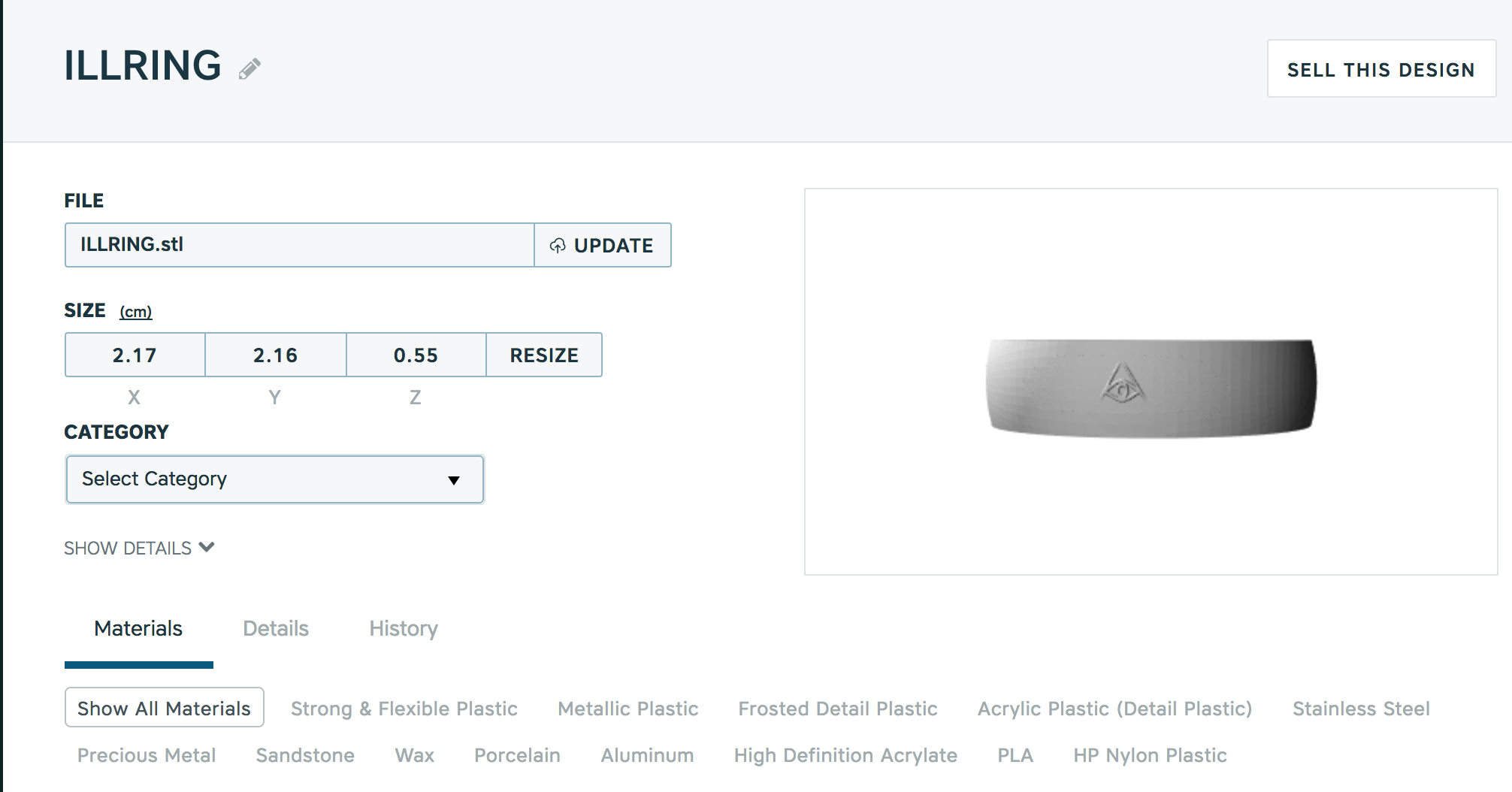 Second attempt at a ring design

I thought that surely there must be some ways to fix these problems. First, I found that on the Shapeways website, there is actually a page dedicated to making your design show up on your ring when printed by them. One problem was solved.

Second, I wanted a more interesting ring idea. I found myself inspired by the continuity of the ring shape and I thought that it might be fun to have things chasing each other on the ring, sort of like pac man. Oh wait! Pac-man would be perfect! The shapes are simple enough and the continuity of the dots would make for a fun texture on the ring that wouldn’t hurt to wear. So I found PNG files of Pac-man and his ghost counterparts on the web. 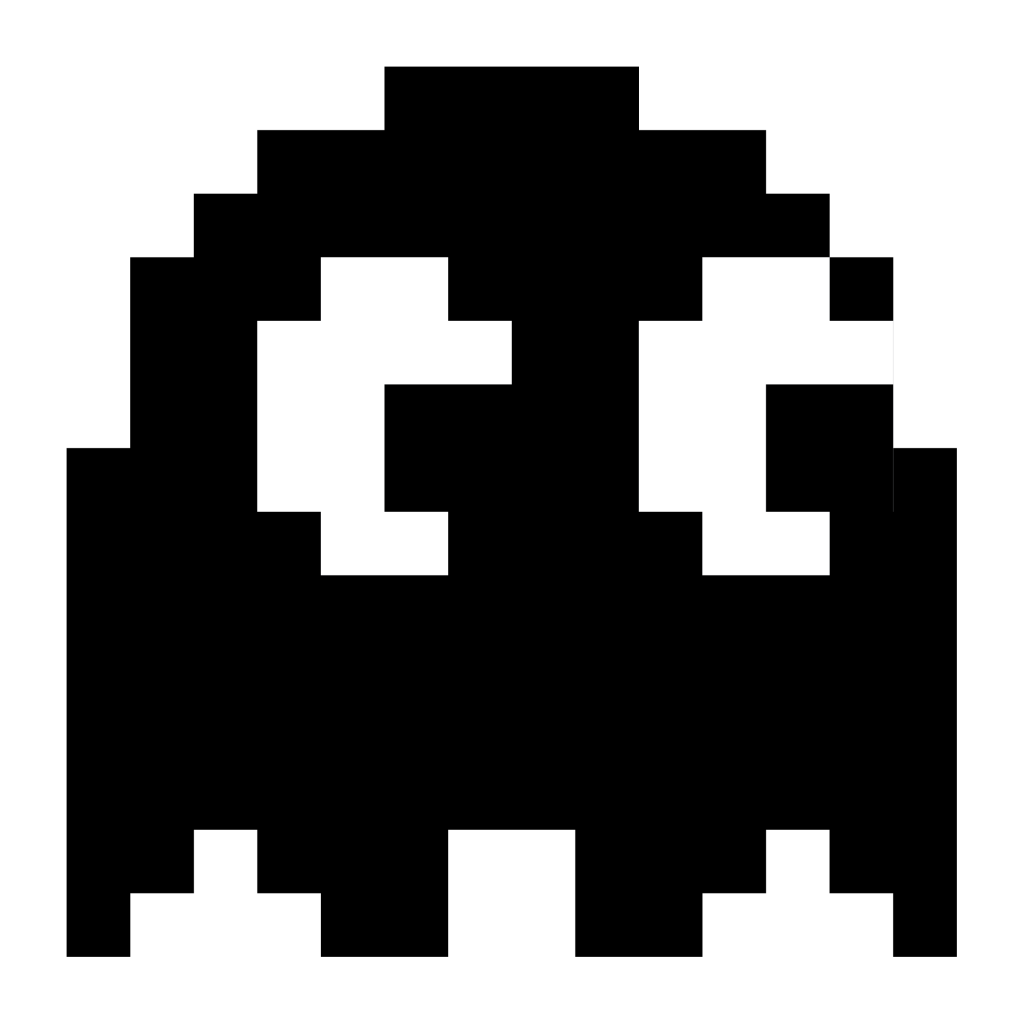 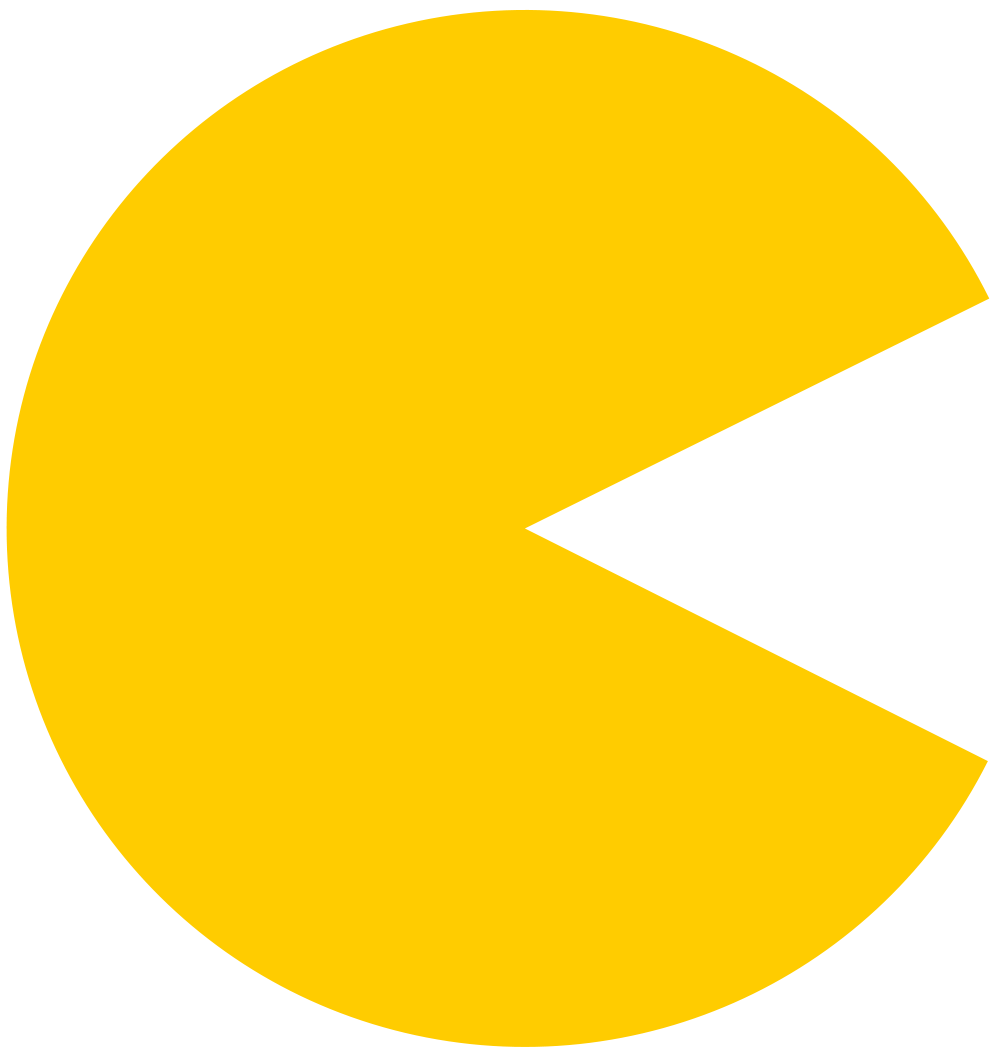 I then remeshed the area I wanted them on the ring so that it would show up in a detailed and not clunky manner. As for the dots, I now wish I would’ve had a more organized way of placing them. I thought by eye-balling their locations that any inconsistencies would be so small that they wouldn’t be noticeable but upon completing the project I found myself unhappy with how sloppy they appeared on the ring. 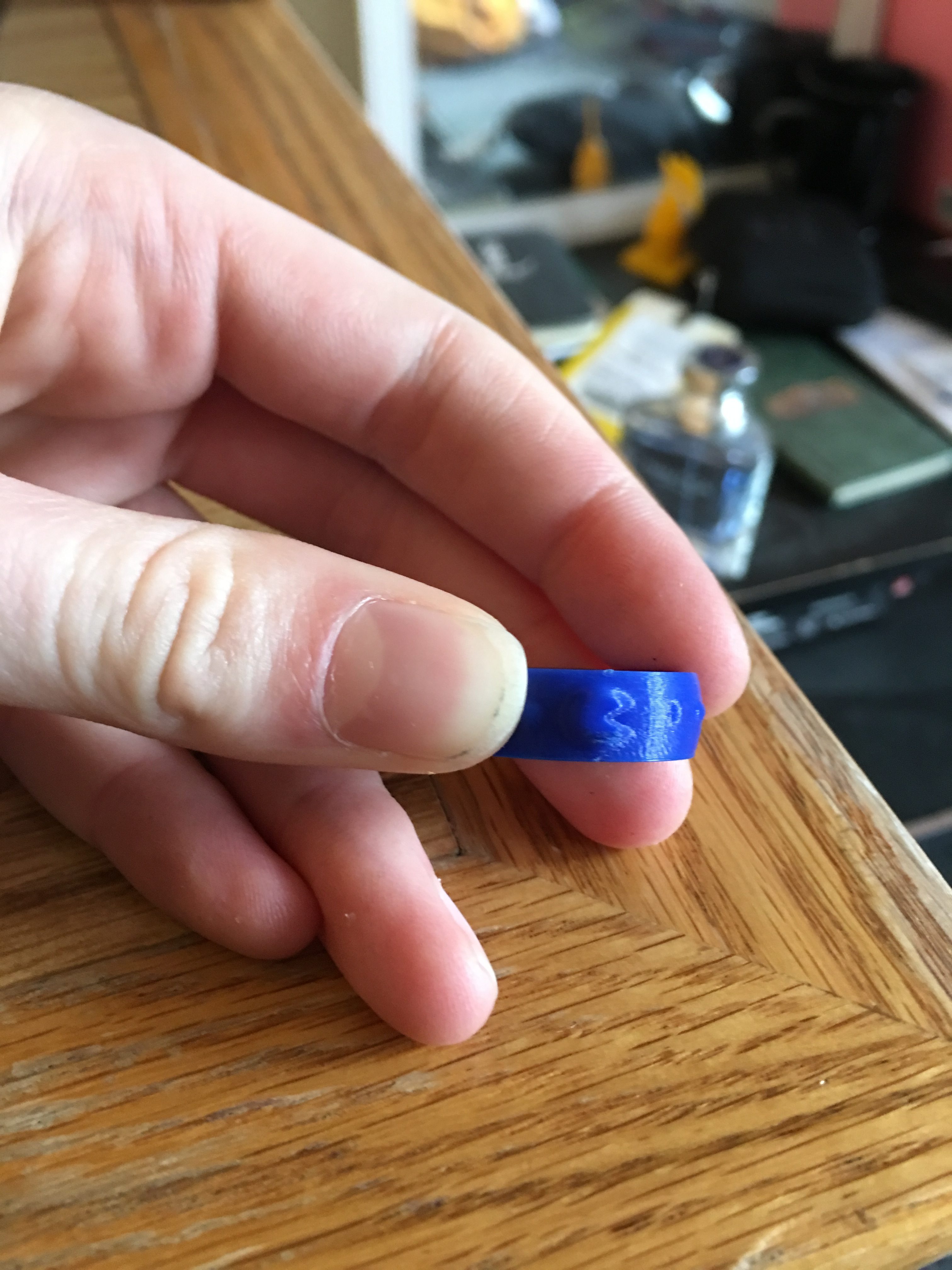 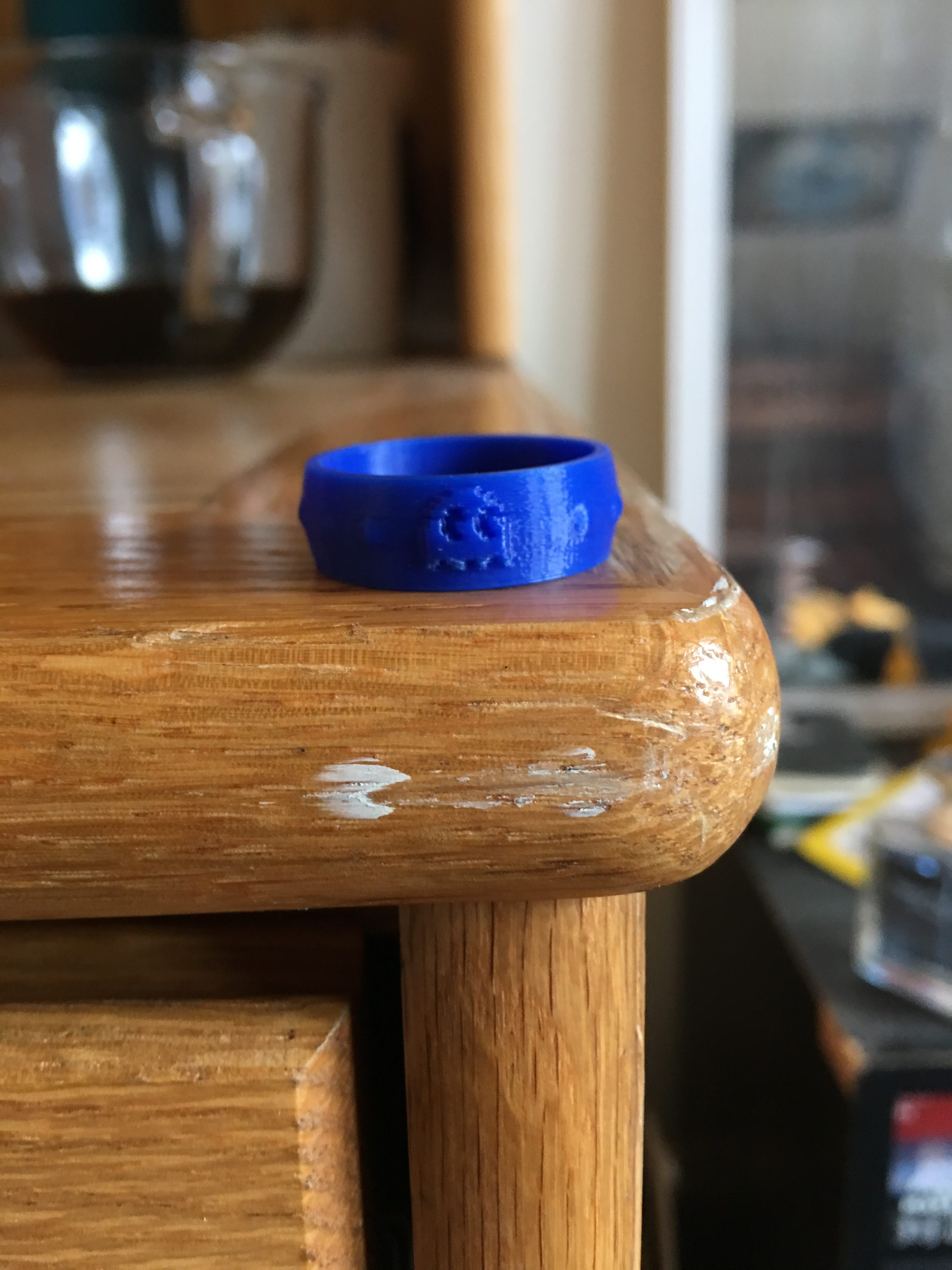 Overall I was happy with how the ghosts appeared on the ring and the punchiness of their 8-bit outlines was visually satisfying to me. Pac-man came out to have some rounded edges which I was a little dissatisfied about but I fixed this in the design I put onto Shapeways as you can see below. The problem I encountered with the borders of his shape had to deal with the shape of the extrude brush I was using in Maeshmixer. The one I was using had rounded edges while the one I found that I should be using had cut off corners which would’ve allowed for a more defined shape. 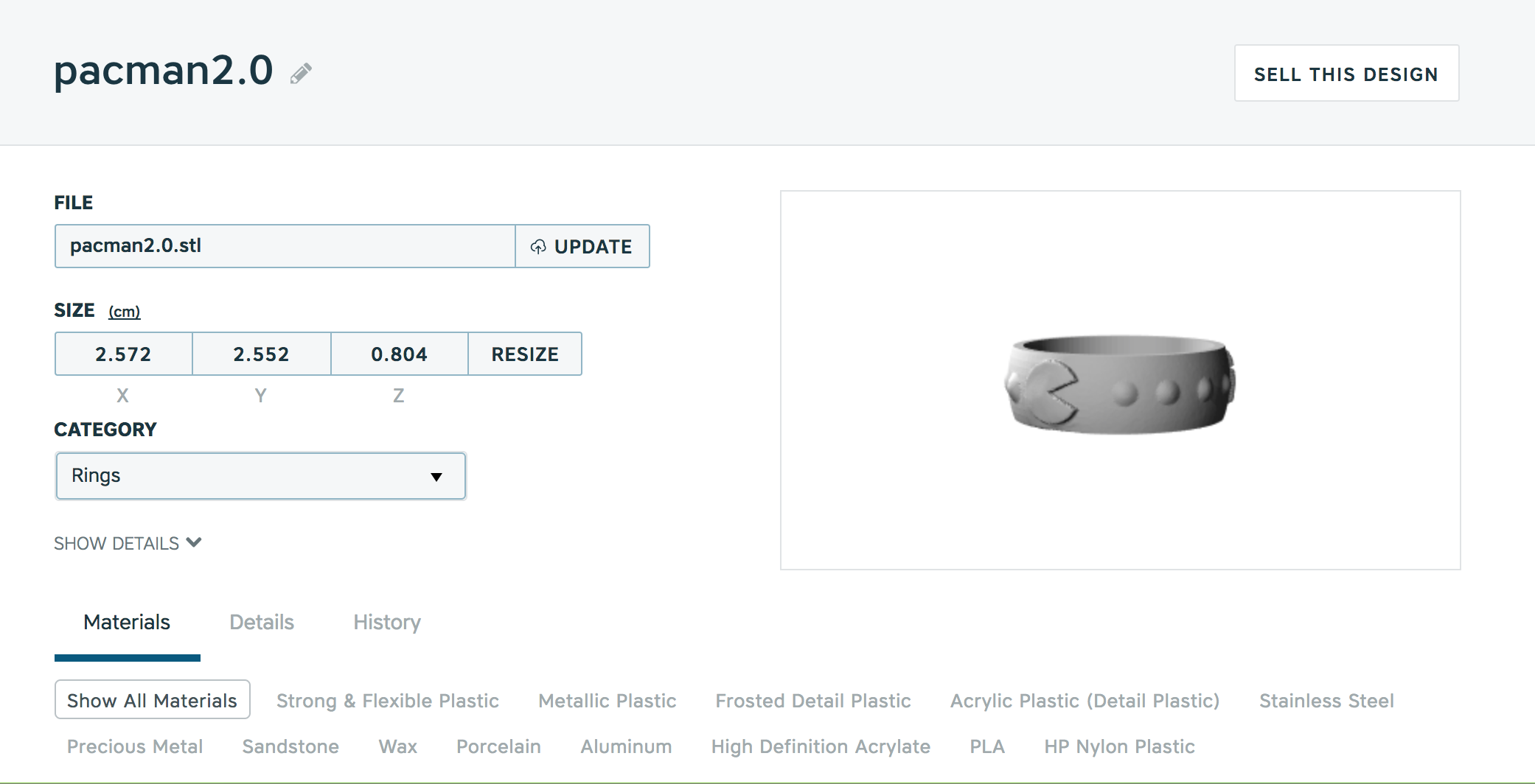 Although my Shapeways design had not arrive in the time I had hoped it would. I did happen to construct a somewhat comically bad rendering of what the design would’ve looked like had it been printed and delivered in the aluminum option, seen below. Although the sheen of aluminum may be attractive, the material I ordered the design in was the yellow polished strong and flexible plastic material. I have received an e-mail that the print has passed and it should be arriving at any moment on December 12th. 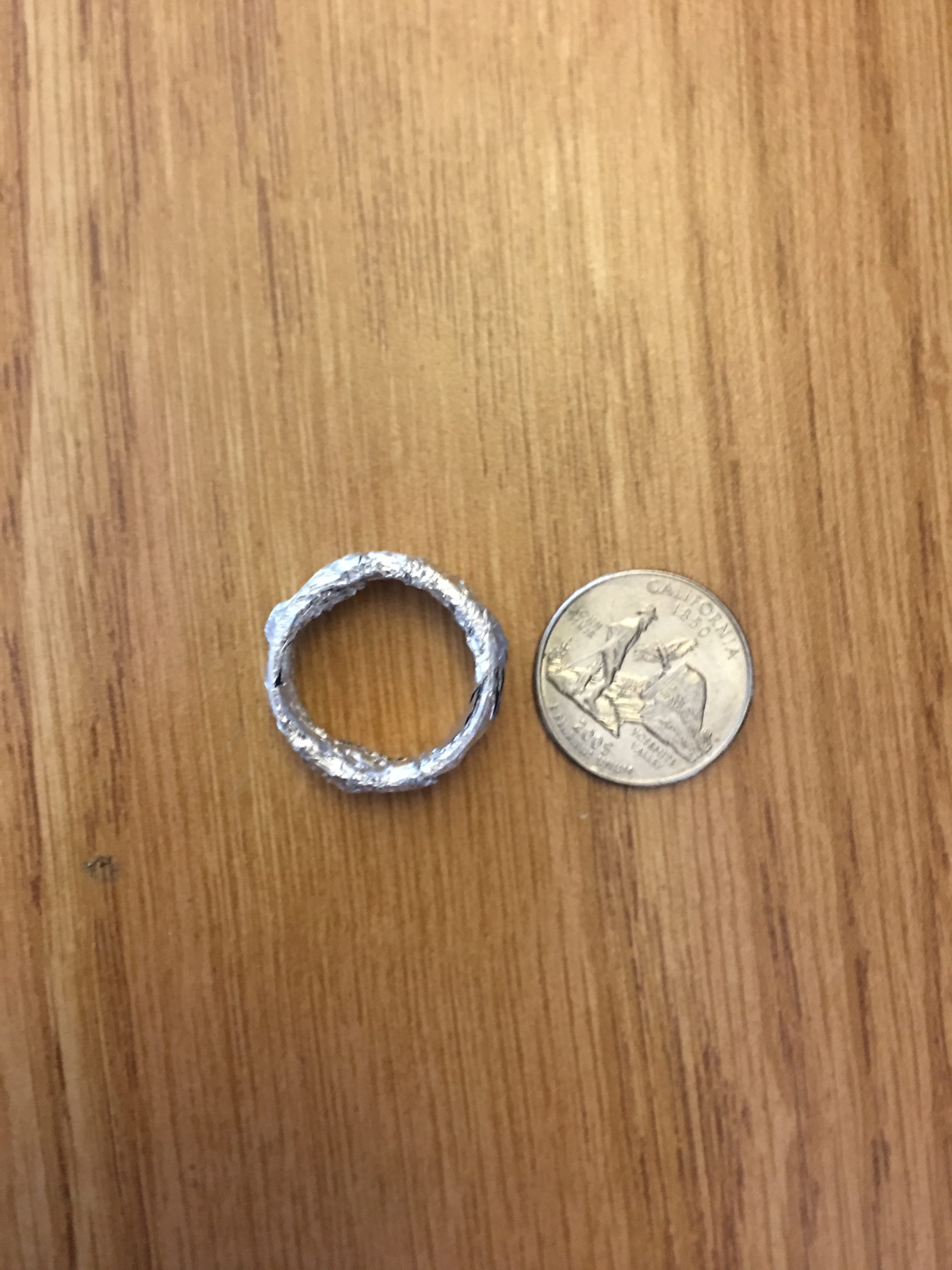 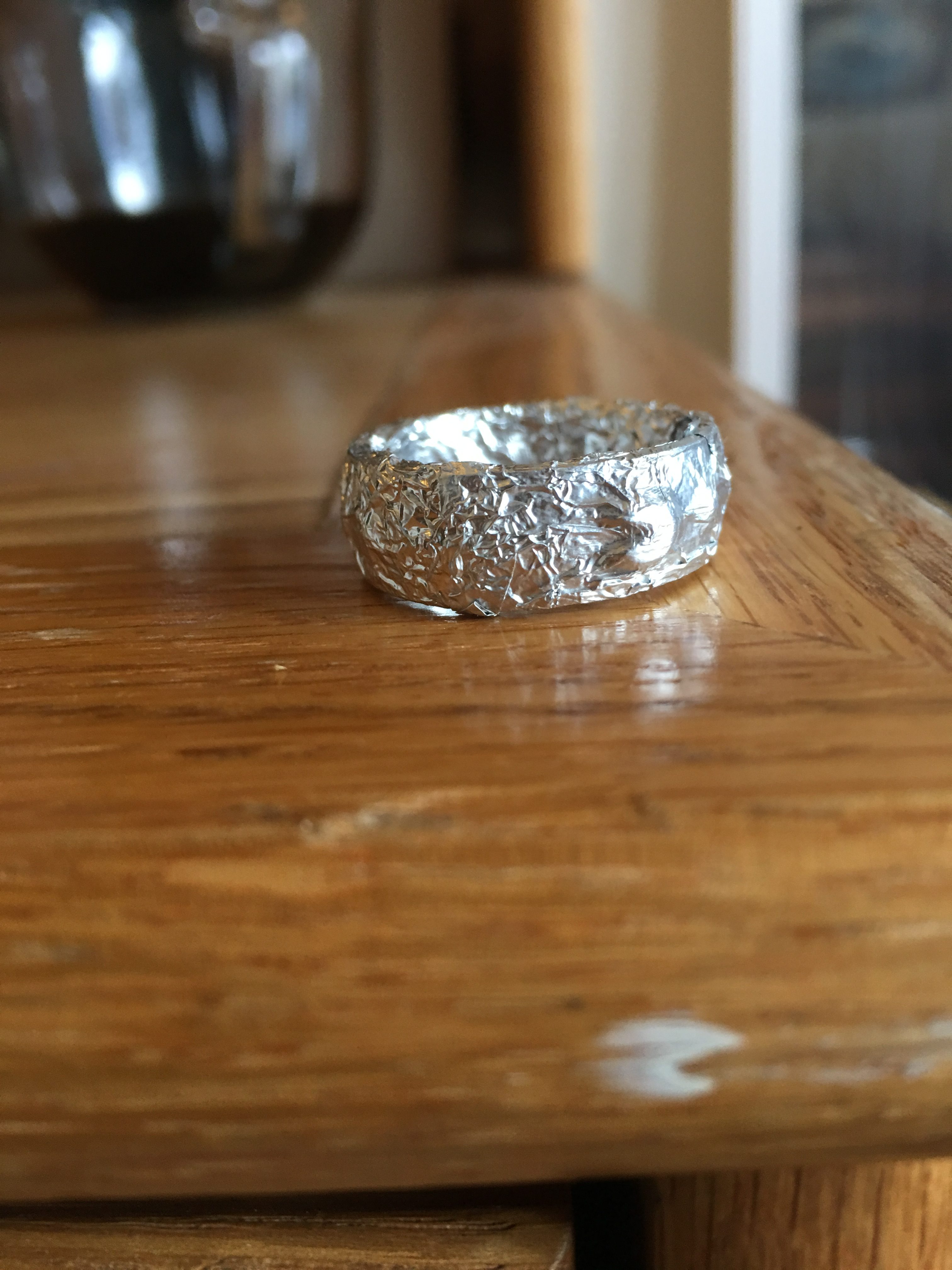 If interested in looking at the actual design on Shapeways itself, feel free to check it out on my page account on the Shapeways marketplace. Hopefully it will arrive soon and I will be able to post what it looks like.