In this assignment, I used Fusion 360 to create my Ring. During the fact that this is going to be a present for my grandma, I used the 15,7 mm (size 5) diameter. After creating the ring, I used a tool called “shell” to make it look unique. 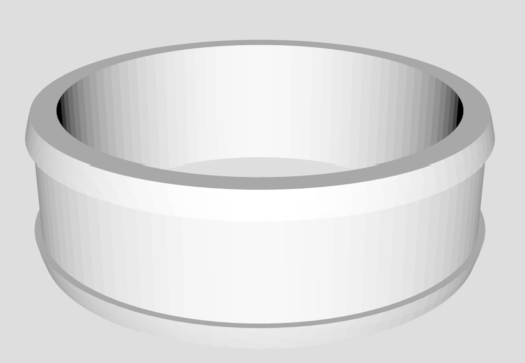 In fact, I used the shell tool and set it to 1 mm on the outside. Afterwards, I downloaded and saved the ring as an .stl file and loaded it in Meshmixer. In Meshmixer, I started to select the inner-outside of my ring and set the density for my ring higher, most likely to create more triangles and therefore being able to detail my ring more/ have a better surface to work with. 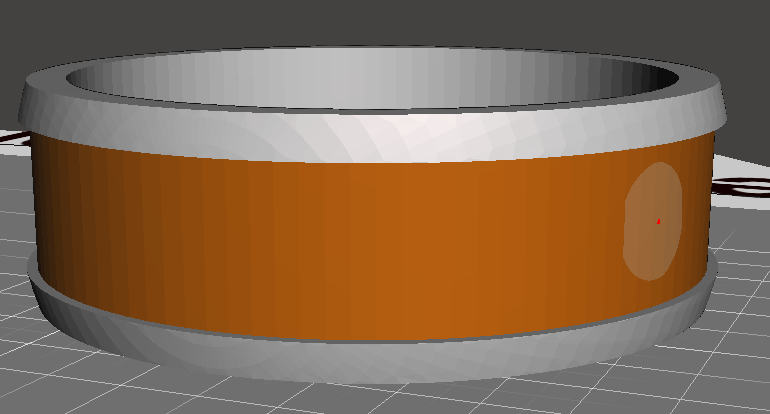 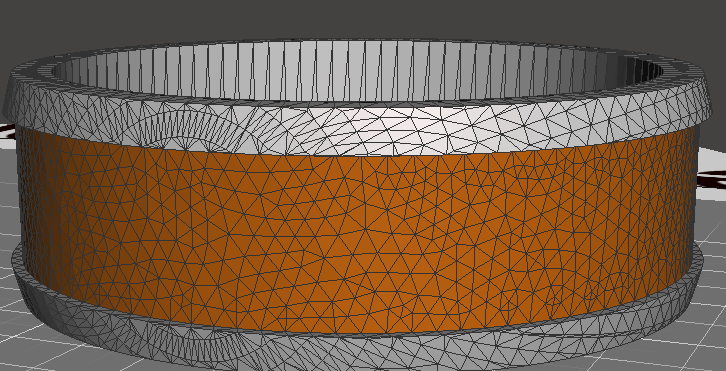 After that, I decided to put several hearts on the ring in the stencil section, which should symbolize the love I feel towards my grandma.  It was not that easy to find the perfect picture which also worked out with the ring, so I had to try out at least 4 pictures until I finally could see a shape on the ring. I played a little around with the strength and refinement (increased each one) and was finally able to see some results. Also, I used the Command key to make my hearts go inside the ring. 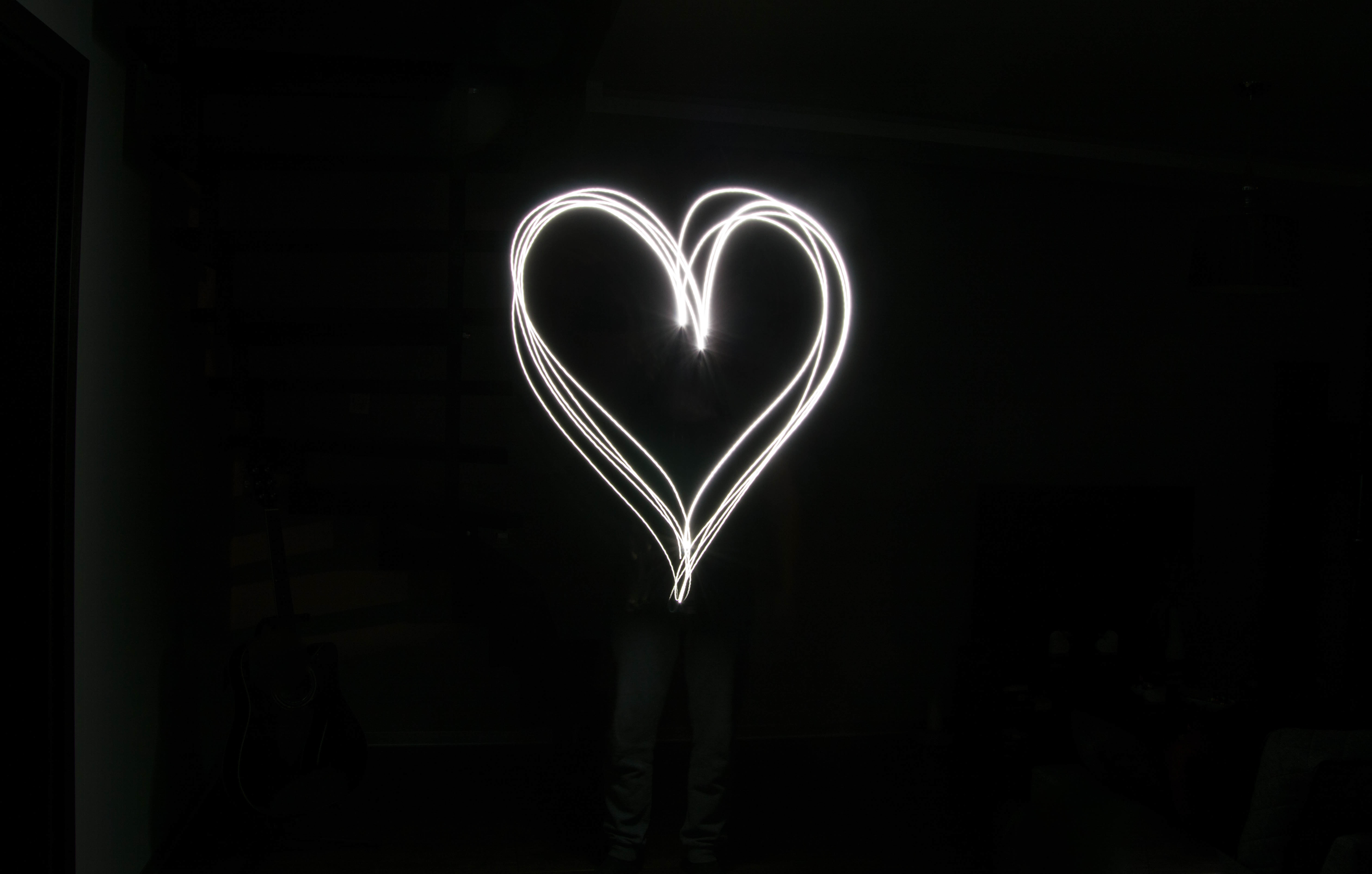 However, when I uploaded the Ring into Shapeways to print it, it took a very long time to see if it was visible and printable. After having a short chat with Mrs. Taalman, who gave me some advices, I went back to Meshmixer and revised the design. The old design looked like this: 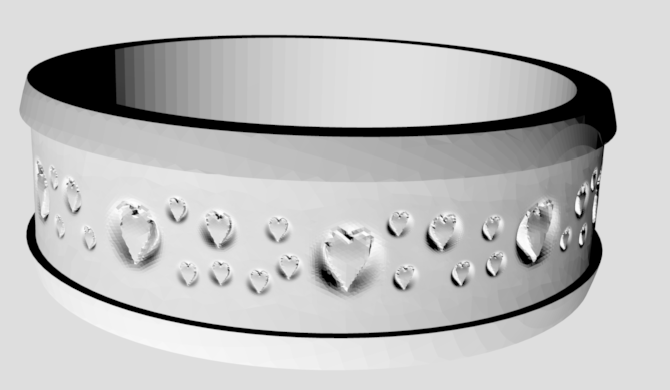 The symbols tended to be too small, so I chose a different heart symbol, increased the size of the symbols and also reduced the triangles I used. 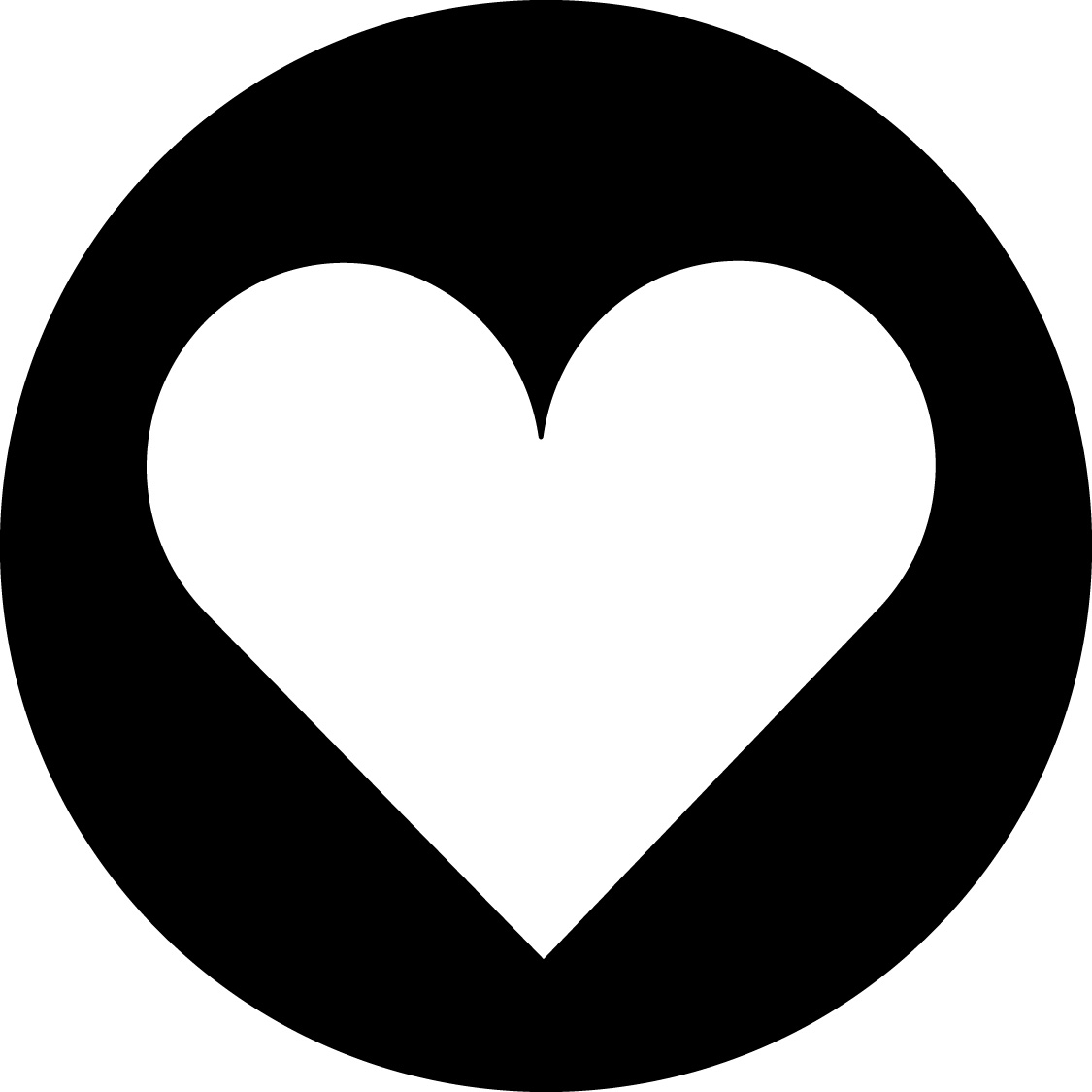 Anyhow, it still didn’t work out because it fixed too much space inside, so the ring got too thin for the fingers. 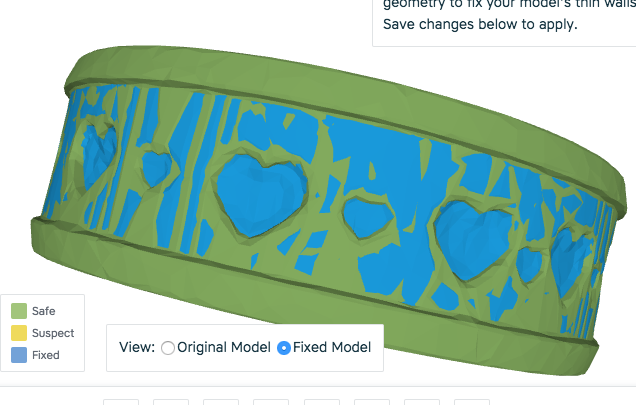 After discovering this issue, I went back and created a whole new shape in Meshmixer, using my old ring from Fusion 360.

Instead of dragging the hearts inside the ring, I now decided to pull the bigger hearts outside and just let the small hearts stay inside. 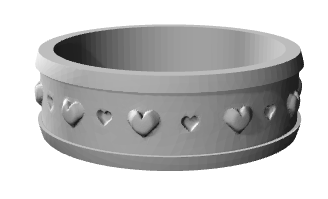 The printed version made by the Ultimaker looks like this: Even though it is not that easy to see the details (hearts), I knew with what I was working with and the most important fact was that it had the right size! 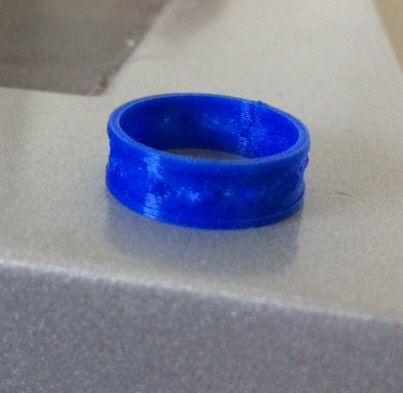 In the end, I was pretty satisfied with my Ring and ordered a printed version in Shapeways, using the plated rose gold material to make it look professional and therefore a good gift for my grandmother!

After waiting several days to ship, I now can proudly present my final, first self-made RING. I’m very proud of its final design, even though the hearts are a little smaller than expected! I think the plated rose Gold material looks really professional and will be a perfect Christmas Gift for my Grandmother! Check my ring out: 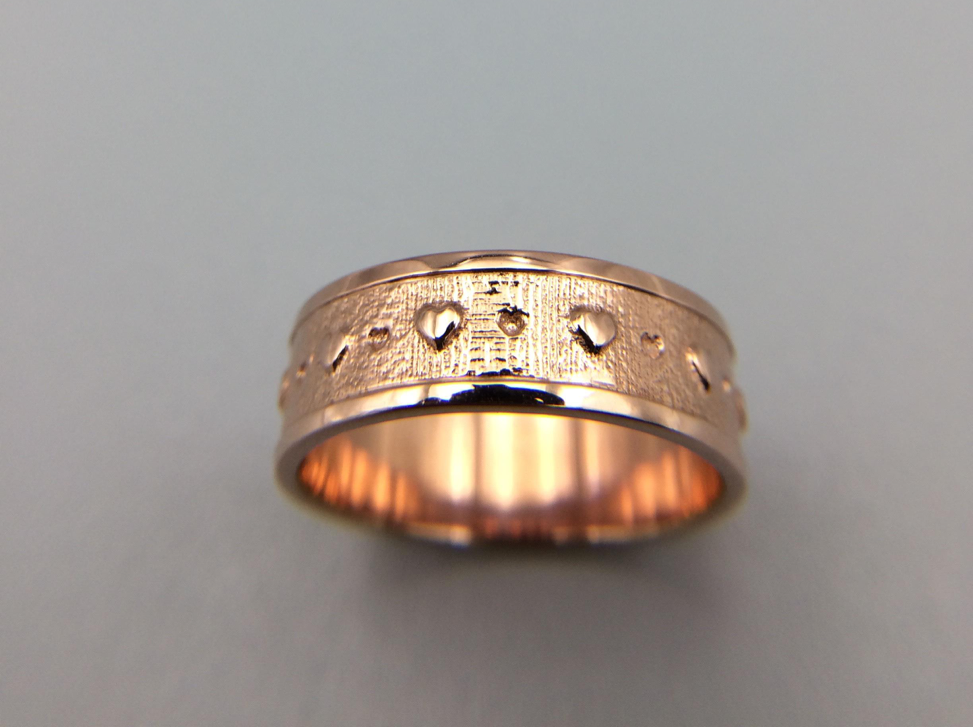