In this assignment, I created a ring, which I imported from Fusion 360. I just followed the steps Dr. Taalman provided for us. To make this ring unique, I used the shell tool at the end of creating the ring and set it to .75 mm. 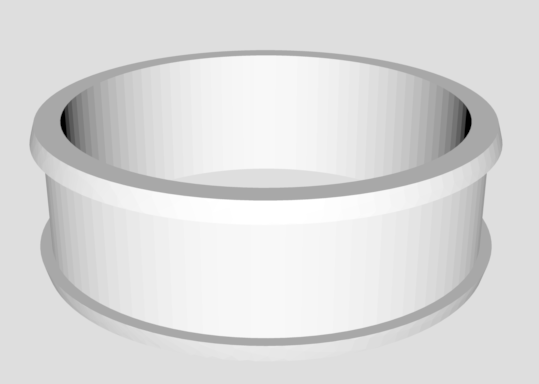 Afterwards, I put the ring in Meshmixer, most likely to give it a cool look. I selected the outside of the ring and put the density higher to create more triangles. ( to be able to give the ring a better shape). Then, I loaded a picture, which I think will look awesome when being printed, in Meshmixer. In the beginning, I just searched up pictures with a white background, however, I later figured out that I should use a black background, to not extrude the white stuff in the picture. I decided to give it the “JMU” letters, which are divided by flowers; it is supposed to symbolize the love I feel for my girlfriend and that I’m actually near, even though I’m far away (she lives in Spain).

To make it look more cool, I also used the command key to make the stencil go inside. But before doing that, I changed the Falloff in Meshmixer. 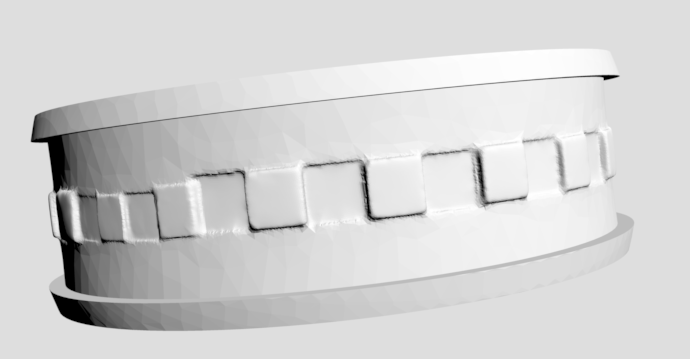 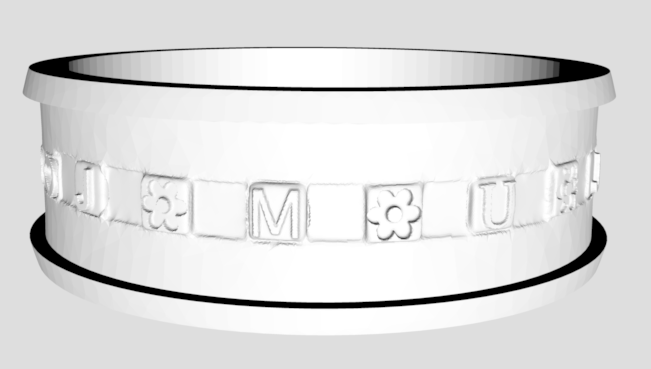 However, after placing the order, I sooner or later got an email which said that the wall thickness wouldn’t be enough to print the ring. So I went back and revised the ring. Instead of using Falloff – boxes, I now decided to you Falloff – circles and made them go outside. I filled the whole ring around with it and then added the letters J, M and U on it. I payed attention that the symbols didn’t reduce the wall thickness. Between the letters, I uploaded also hearts for my girlfriend. 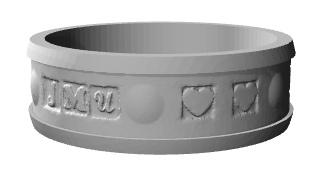 In the end, I made sure that the thickness was correct and then uploaded it into Shapeways. After waiting a certain time, I was able to see that my ring would work out for real printing! I can’t wait until I have my first, self-made RING and give it to my girlfriend! 🙂

I got an email from Shapeways saying the ring could not be printed due to too fine symbols.

I just sat down and created a new one. I just changed up the letters on the ring and used the letters: I, a heart, and U (for you) to symbolize that I miss my girlfriend. I hope this one works now! 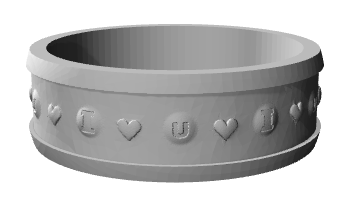 I had the same problem with my last design so I had to change it again. The details were too thin as well. I was getting very frustrated with this project, after all the effort I put in it. I wanted to give my girlfriend a nice, detailed present for Christmas, but I am struggling to accomplish my dreams!   🙁

So, I now made it really easy and just put hearts, which remind me of my girlfriend, on it. 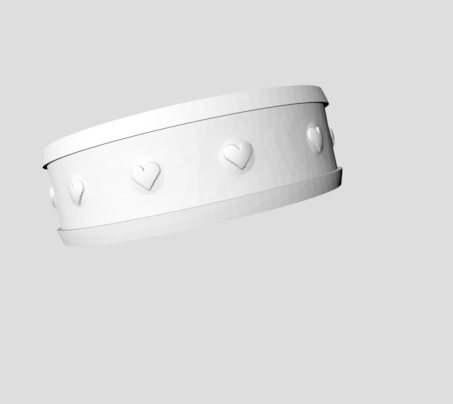 I received my Ring; and I have to say – it looks awesome!! 🙂

Please have a look at the final, plated Rose-Gold version below, which is gonna be a great Love-Present for my girlfriend: 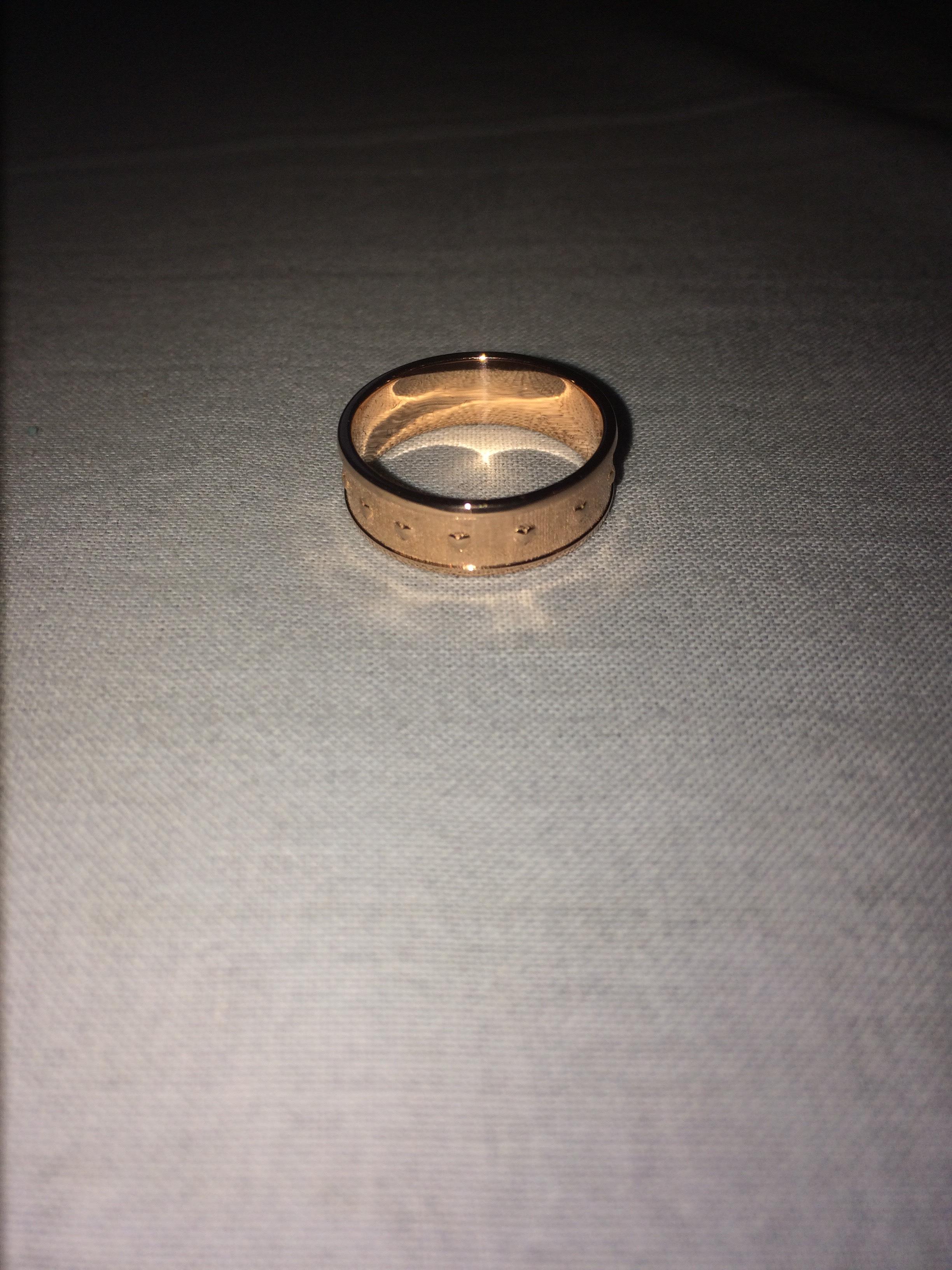