I began this project and was very excited to experiment with the complexity and accuracy which OpenSCAD provided for 3D printing. I decided to create a snowman for my first design. I began by creating 3 separate spheres to resemble large balls of snow, and positioned and resized these so that it would look like a snowman with his body blended together.

I then used similar coding to add buttons which I aligned across the center of the snowman. I created a cylinder with one very thin end to resemble a pyramid shape for the snowman’s nose. I then rotated this and positioned it so that it would resemble a carrot. I created the eyes using spheres, just like with the body and buttons. 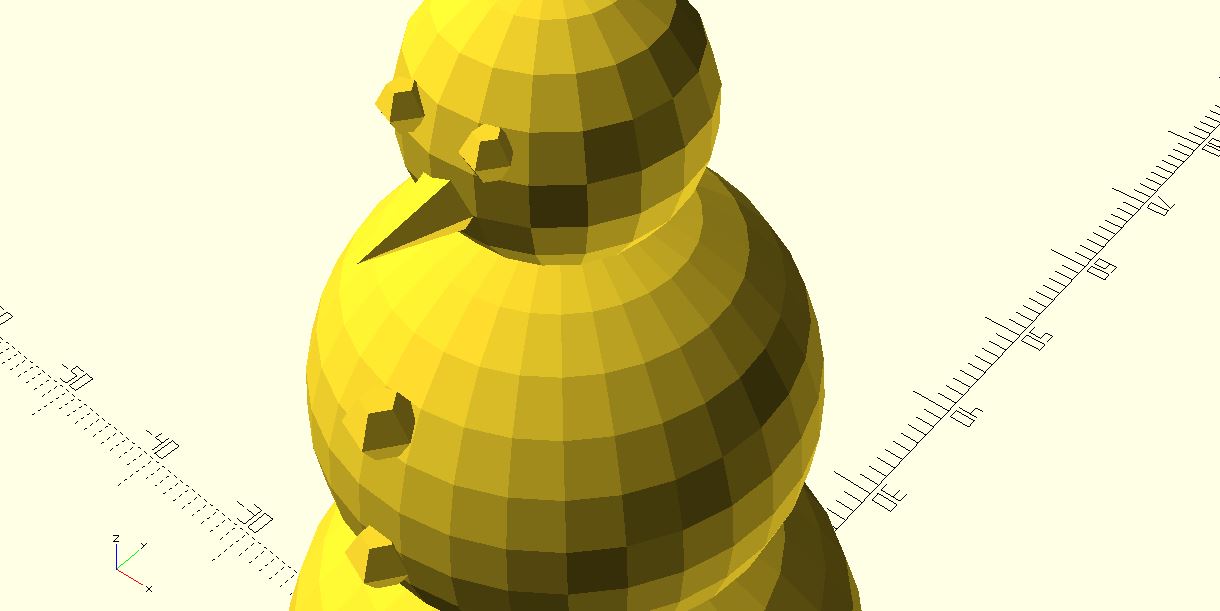 I then used a flat cylinder, and a cylinder stacked on top of it to design a top hat.

Unfortunately, the ultimaker did not respond well to the overlapping aspect of the design, and the face was disfigured in the actual print. I decided to start from scratch and create something using more complex code. 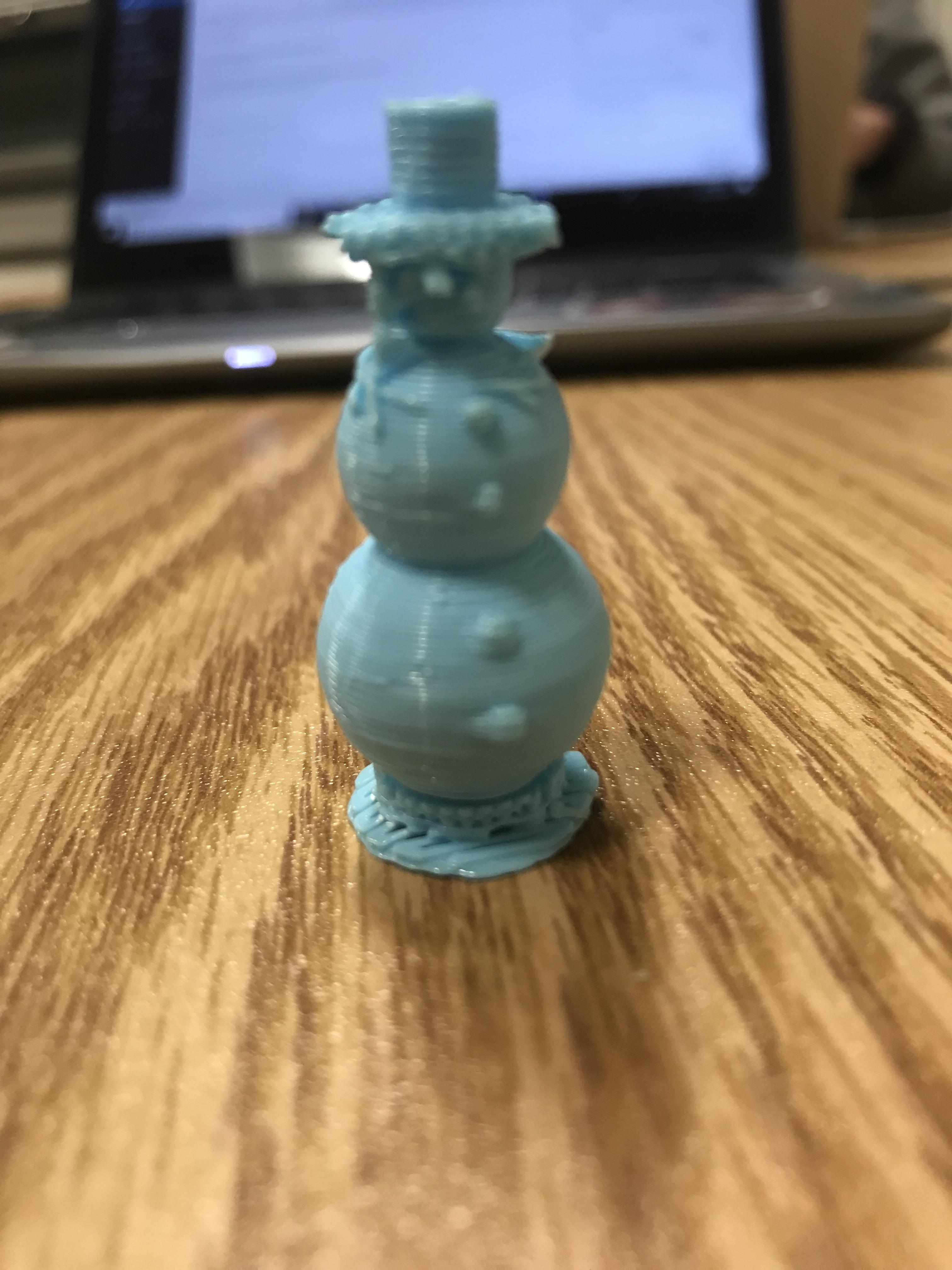 I decided that I would try to use hull and for loops to create my new project. I wanted to create something unique and symmetrical, and decided to design an octopus. I began by designing two spheres and using a hull to make the head shape of an octopus. I then used spheres to create the eyes, just like I did with my snowman design.

I then added the first leg by using multiple spheres the length of the leg. I hulled each of these sphere together one by one, and decreased the size of each sphere so that the leg would thin out as it extends. 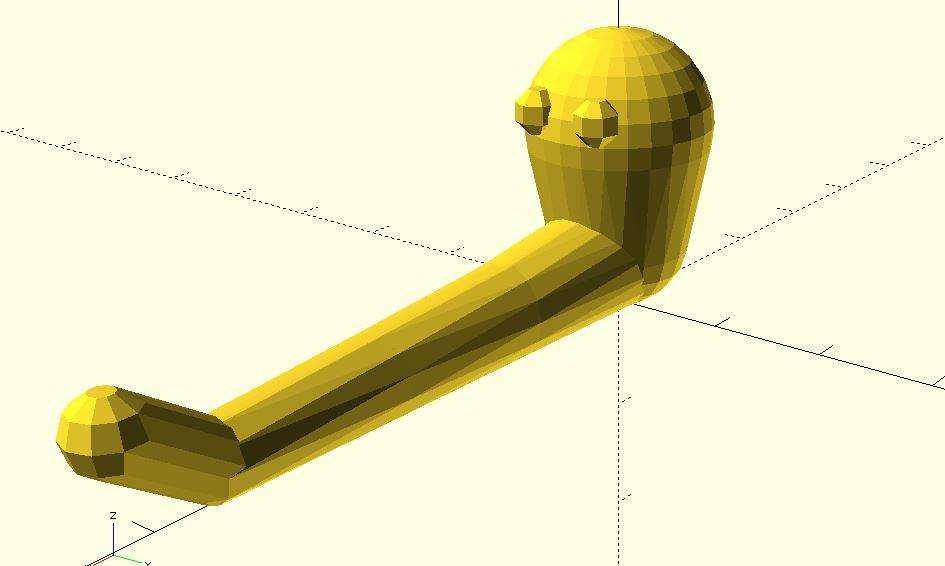 I worked with for loops for a period of time and was unable to duplicate the leg design. I instead copied and pasted the design of the original leg, and translated the x and z variables accordingly. This was a surprisingly simple process, and made the octopus completely symmetrical with the exception of the eyes.

I then printed out the octopus on the Ultimaker, but the design turned out very sloppy. 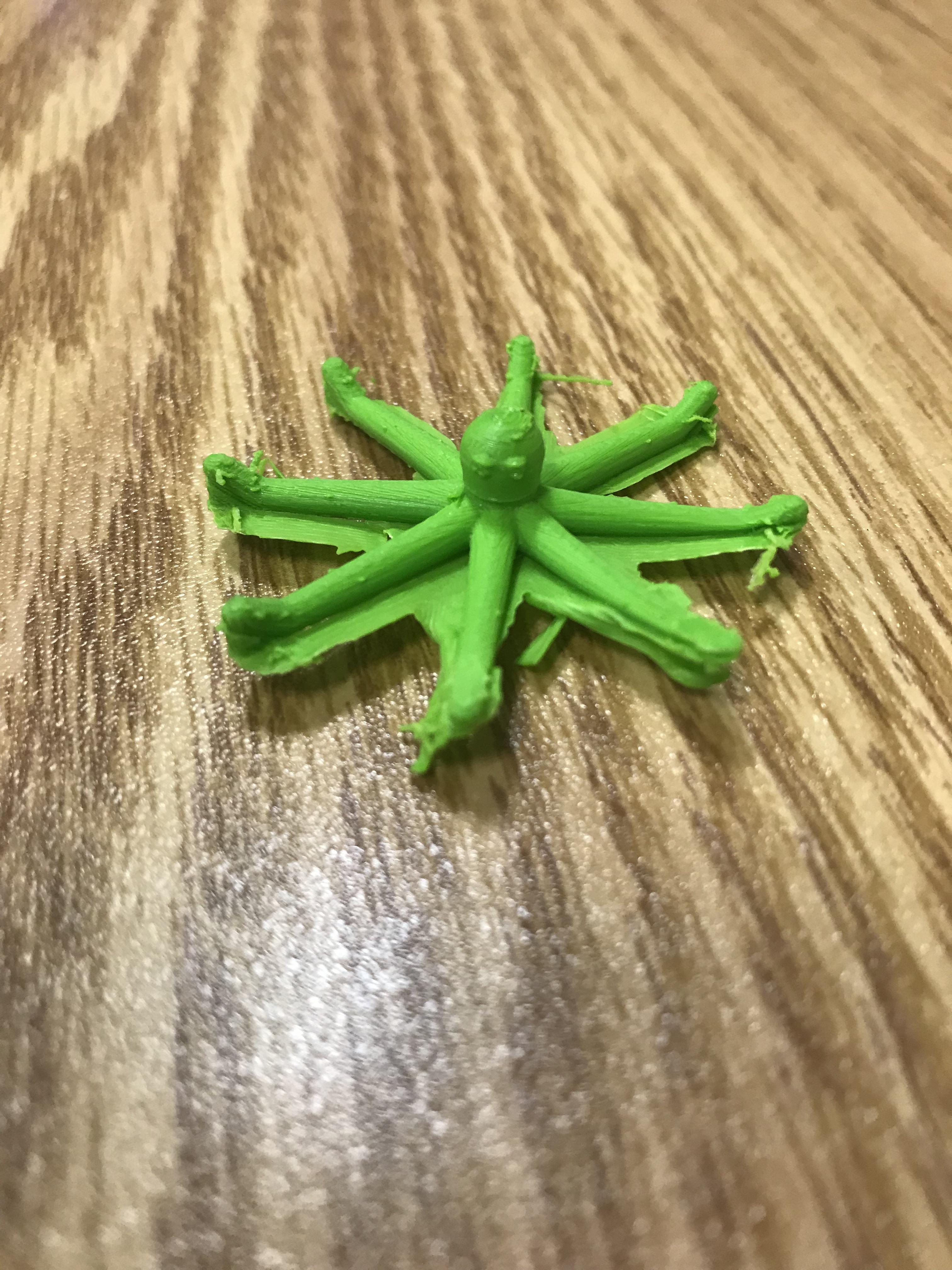 The bottom of the octopus would not peel off well, so I decided to print the octopus again on the Affinia. 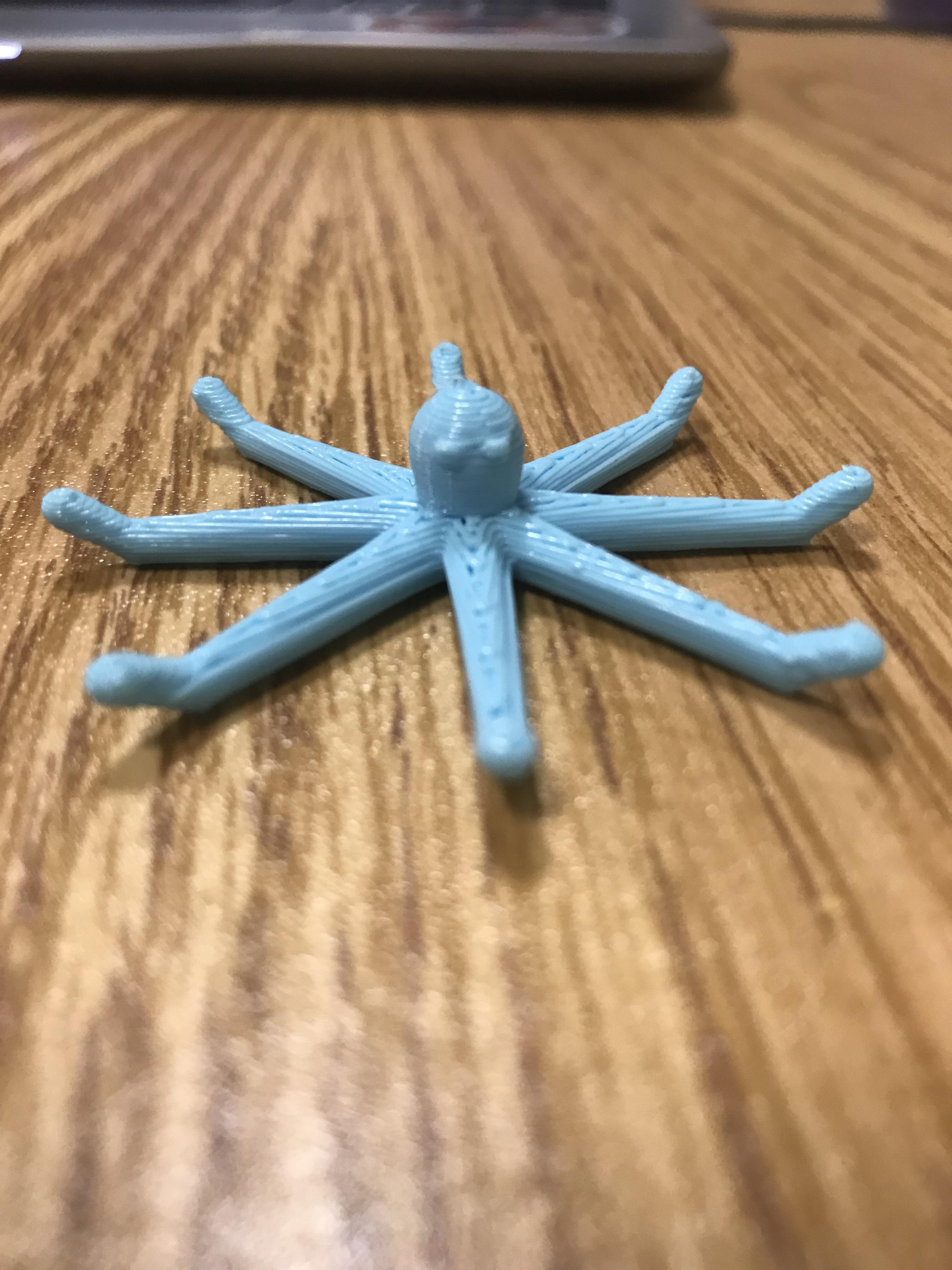 Ultimately, this was the best iteration of my design. I was very happy with how well it printed.