The first time I have ever tried writing code was with OpenSCAD. In high school, a lot of friends took coding classes and were able to create incredible pathways for robotic cars, and computers. I did not know there was code for 3D printing. I enjoyed getting to learn the basics of coding, but it was not easy. Due to my extreme lack of knowledge of coding I watched a youtube video on how to create a polybowl using OpenSCAD. This video took me step by step to understand and create a bowl that twists with many sides finished with a nice base to sit on. 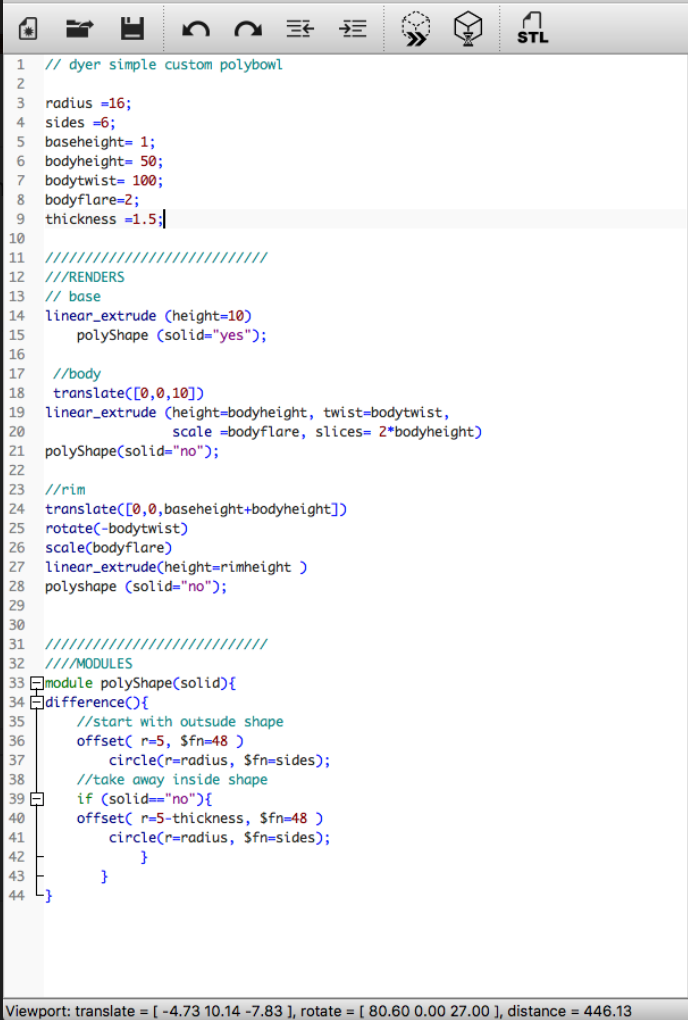 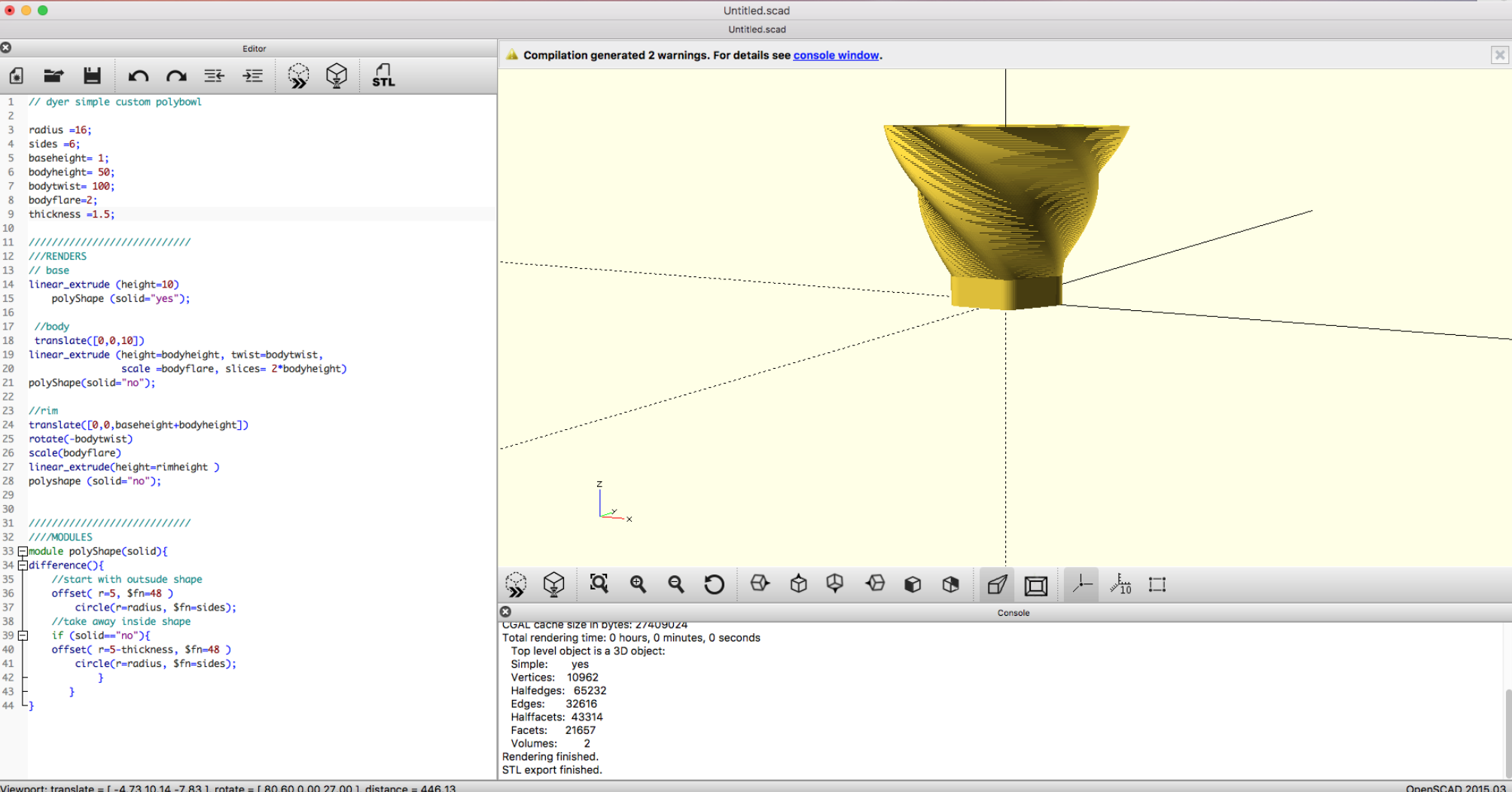 My first code and print turned out well! The polybowl printed really well. The only issue I had was that I kept getting an error message when it came to the rim. However, I still liked the design without the rim, so it seemed like more of a style choice. 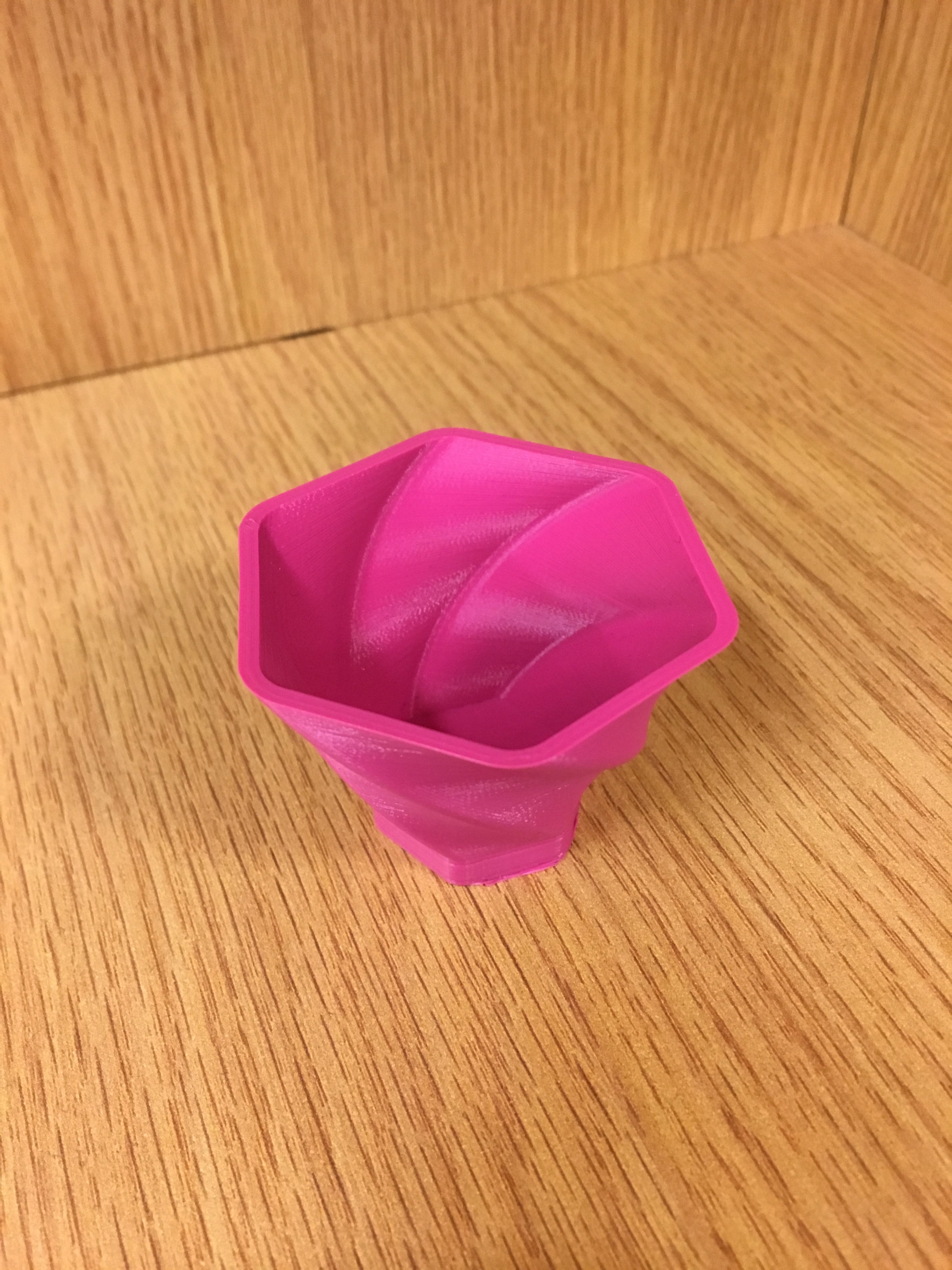 The second print is when I ran into major errors. First, I wanted to fix the coding for the rim. I went back to the video the double check everything to make sure it would work. I kept getting an error and could not figure out why I was still getting an error. I moved on to trying to make another bowl inside this one and then make it a different size to give it layers, but I again got an error with the module polyshape. When discussing the code in class the issue was most likely a difference in the capitalization of the names. 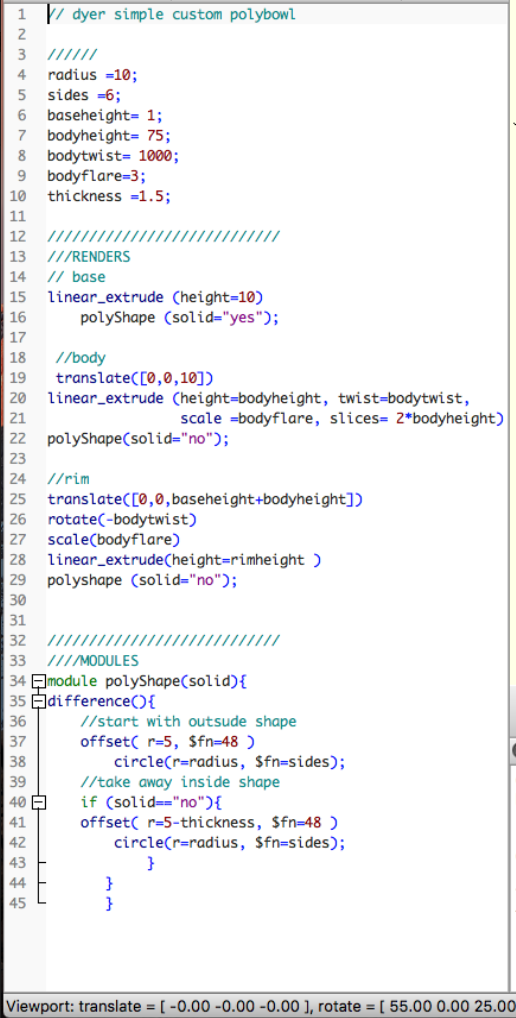 Finally, I decided to play with the different dimensions to make this new print drastically different. I made the twist of the bowl 1,000 and tweaked the radius to give it a different shape. The final print was not what I hoped for, but I still liked the design of the bowl. 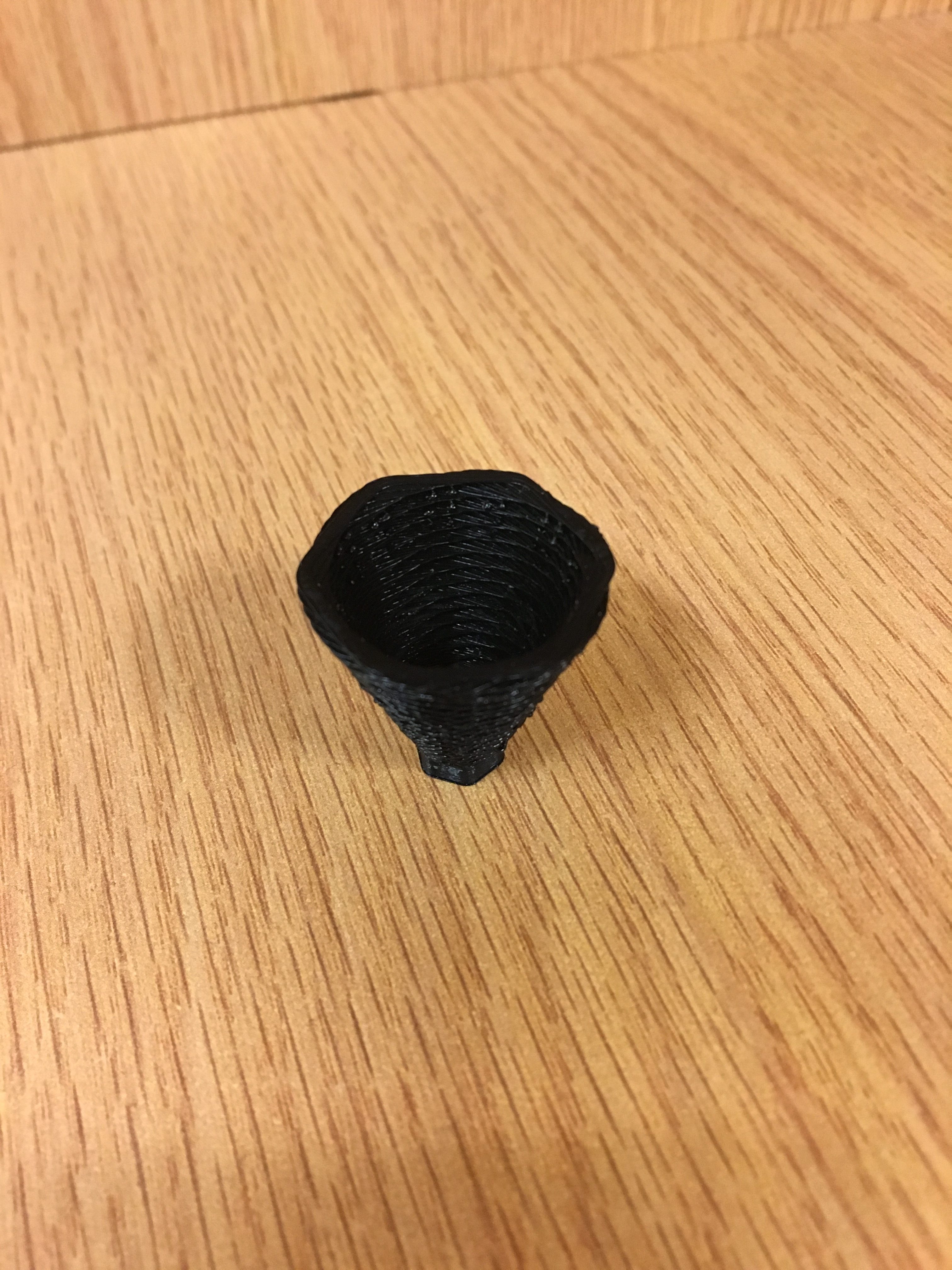