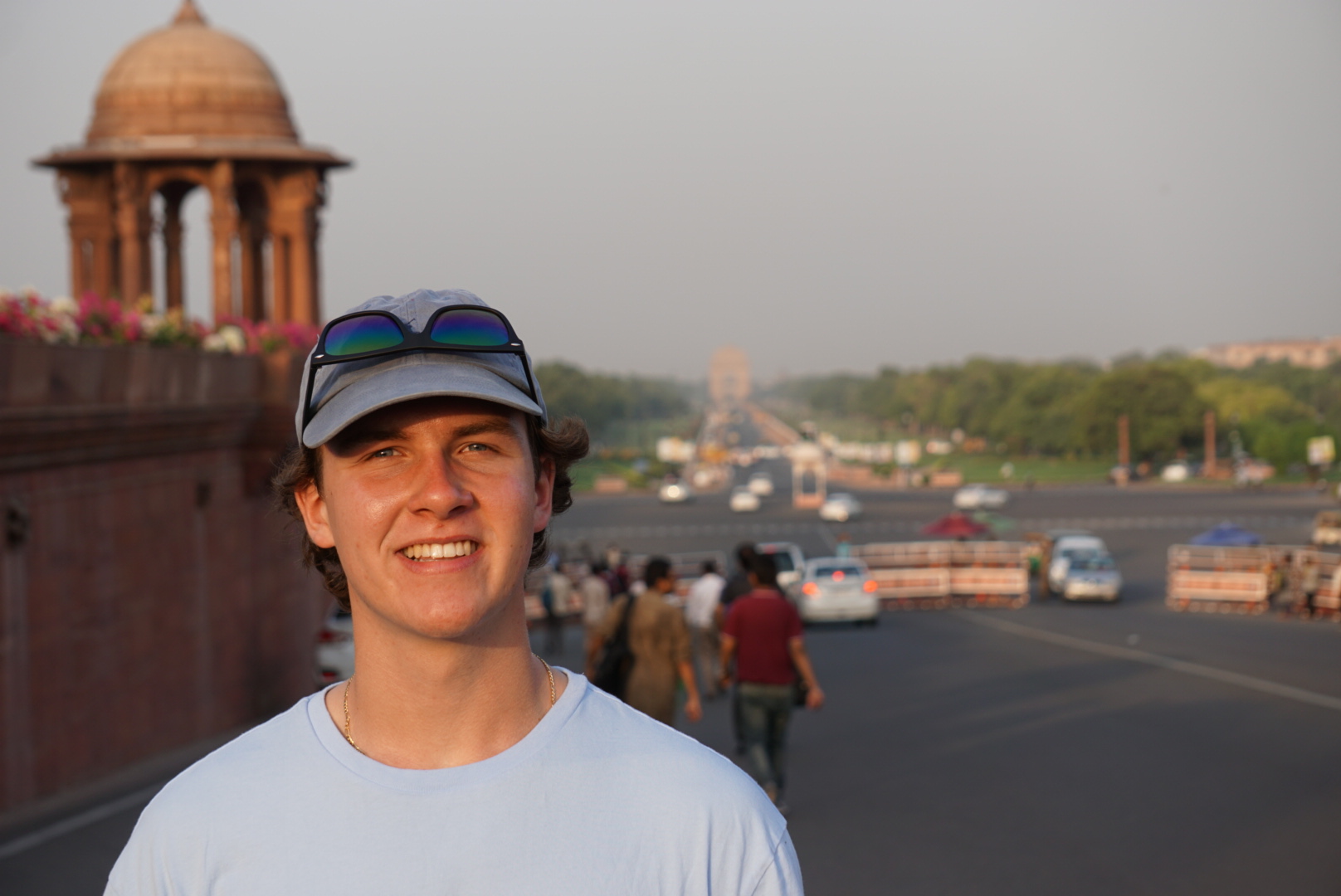 Hi, I’m Gannon La Croix. I have absolutely ZERO 3D printing experience. I chose to take the 3D printing lab because it is relevant to my field of study. I am a SMAD major with a concentration in DVC. 3D printing is important in this field when designing CGI clips. Oftentimes, the director will include 3D printed objects in congruence with CGI. I am hoping that this class will introduce me to 3D printing techniques which might bolster this field specific strategy. Otherwise, I’m looking forward to a creative design class.

Maze from The Shining 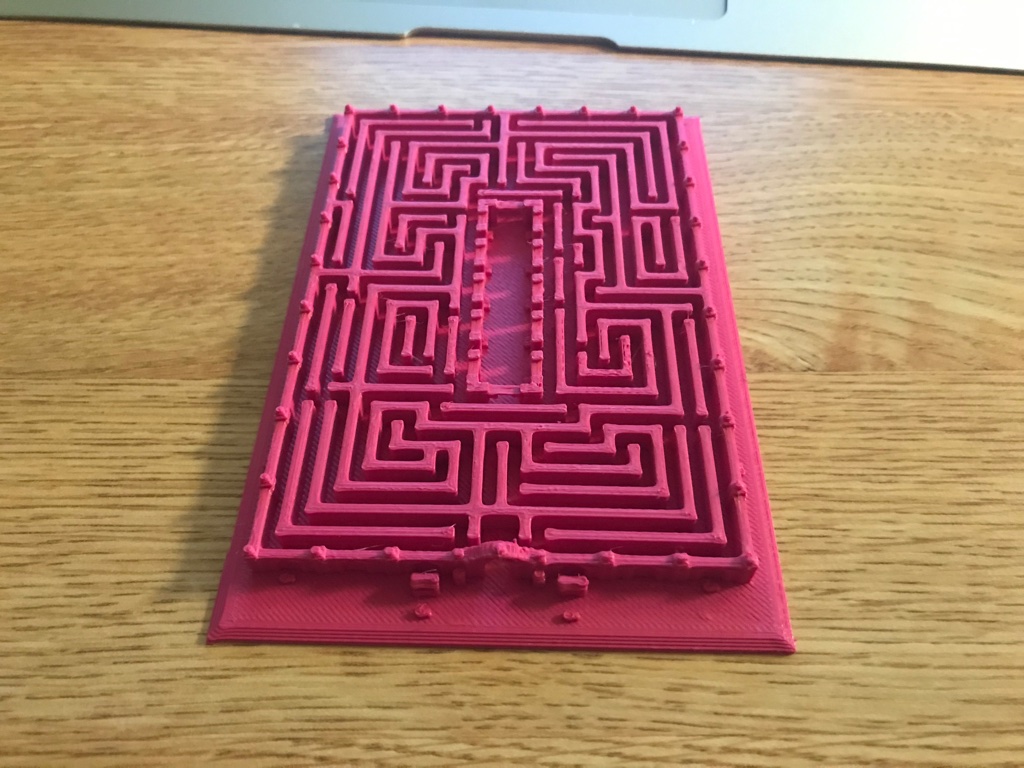 This print was a success! I was 100% convinced that it would fail. aMAZEing! I came and checked on it halfway through and was very surprised to see that it was still working. One thing I do not like about this print though, is how the printer left these tiny strings on it, similar to what a glue gun would leave. 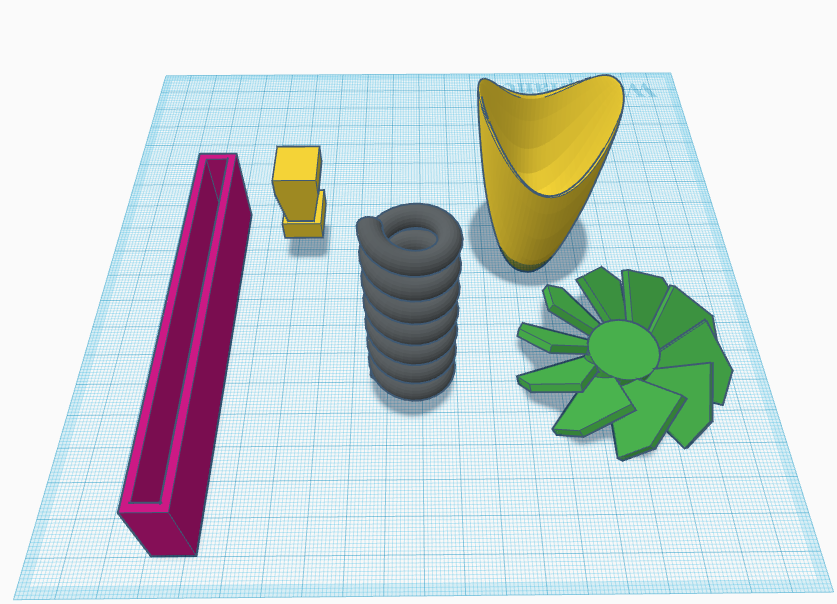 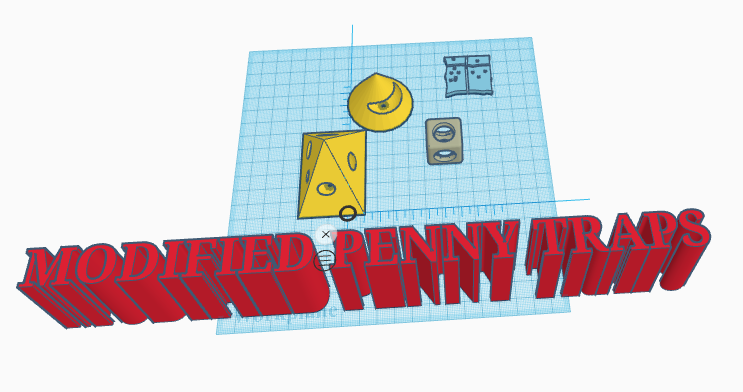 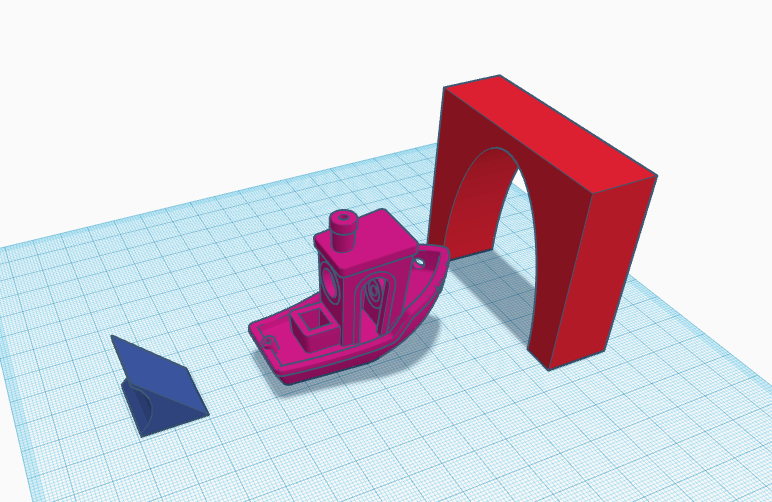 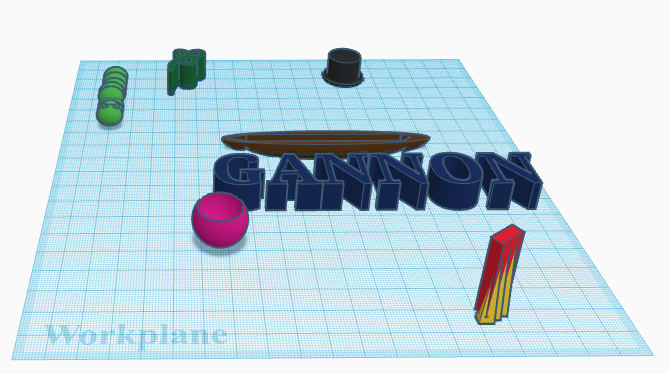 Shape generator: box, experimentation with that.

Cup: Made my own “banana” shape generator. The Javascript scared me. Shapescripts?

Pyramid Penny Trap: used spheres to make holes, grouped all of the objects.

Penny Trap: imported from Thingiverse, used the holes as a guiding size for other models.

Archway: Used shape under cube as hole and grouped it.

Caterpillar: Used a lot of spheres, rotations, and alignments

Canoe: used multiple shapes to carve out a cone.

Bowl: Put a smaller sphere on top of a larger sphere and grouped them.

Weird abstract shape: Used align, and three pyramids and a cube. Not sure what happened to it. 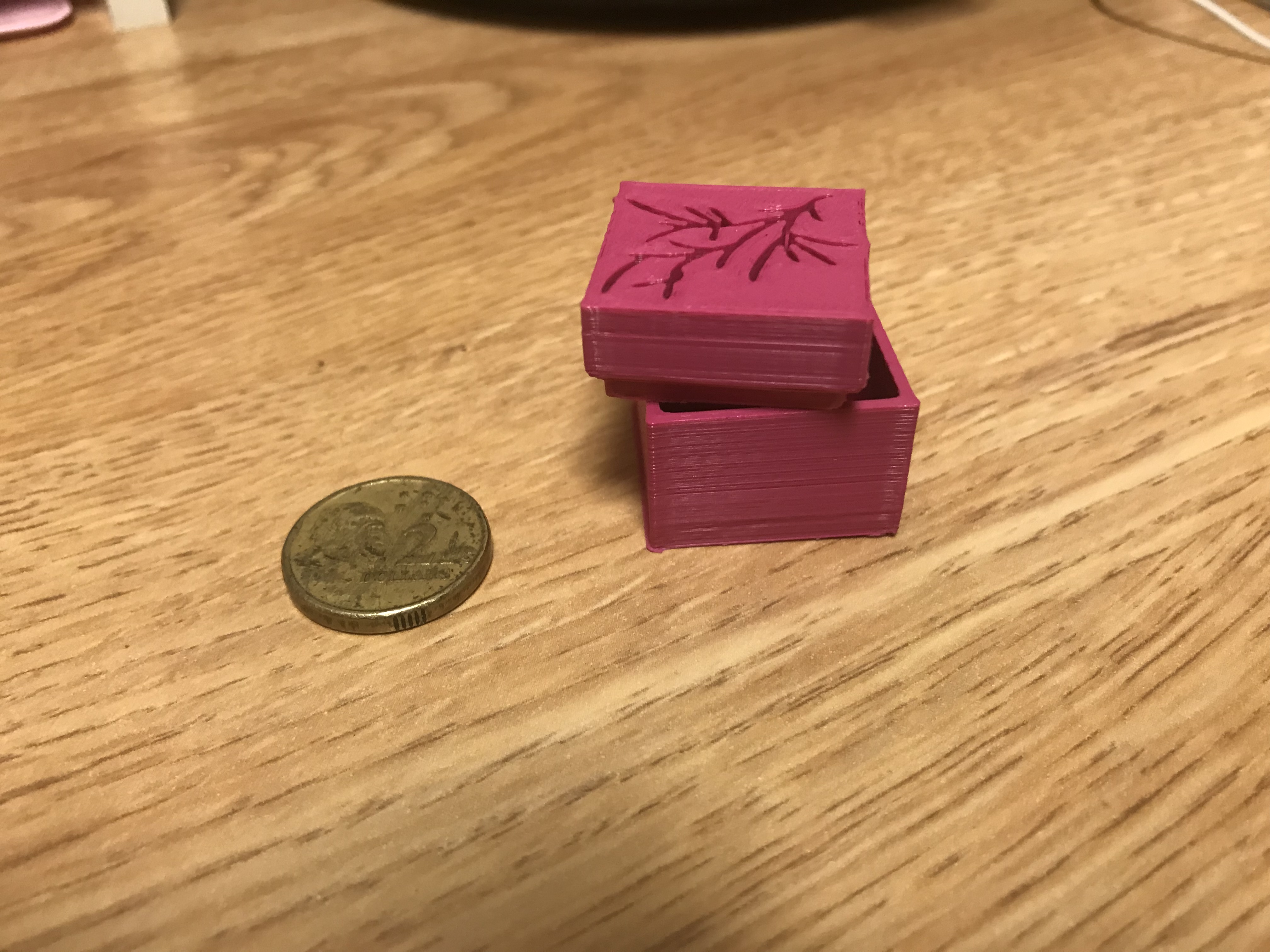 This print is not pictured above in my 20 designs, but I designed it the day after I submitted them. This print was a success, however two things went wrong. First, I forgot to flip my lid design upside down so that it wouldn’t need supports to print. Second, the lid is too big. I measured it so it would fit perfectly with no wiggle room, but this was too exact and the print needs a little wiggle room. Other than that, the box works. 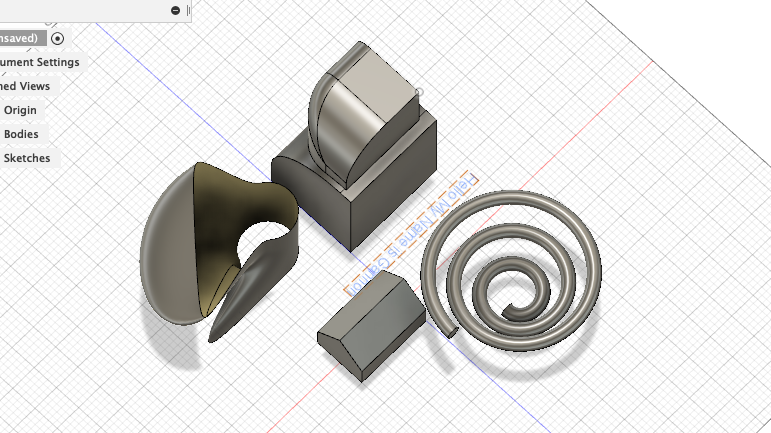 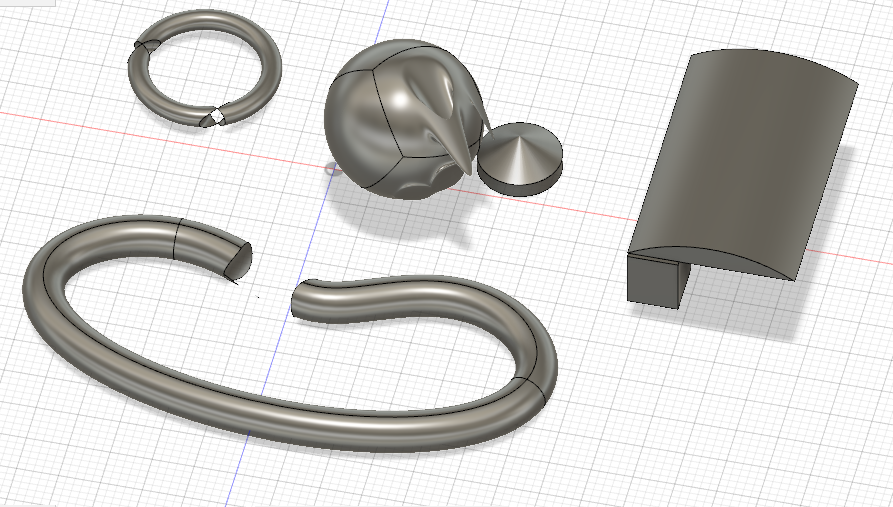 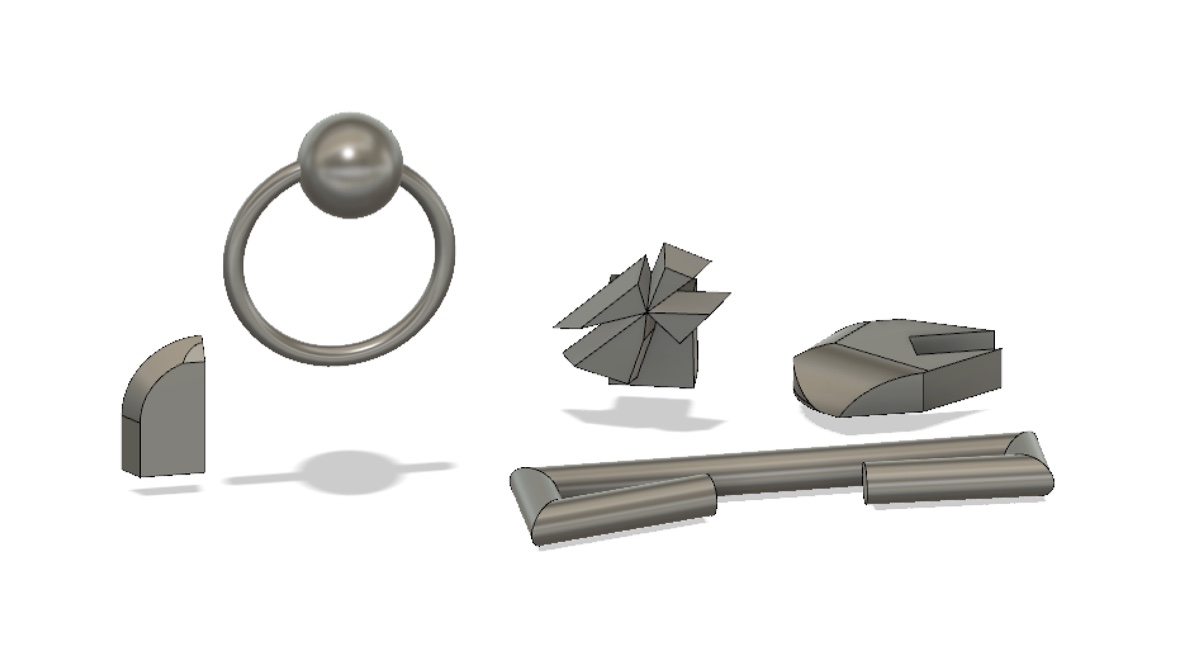 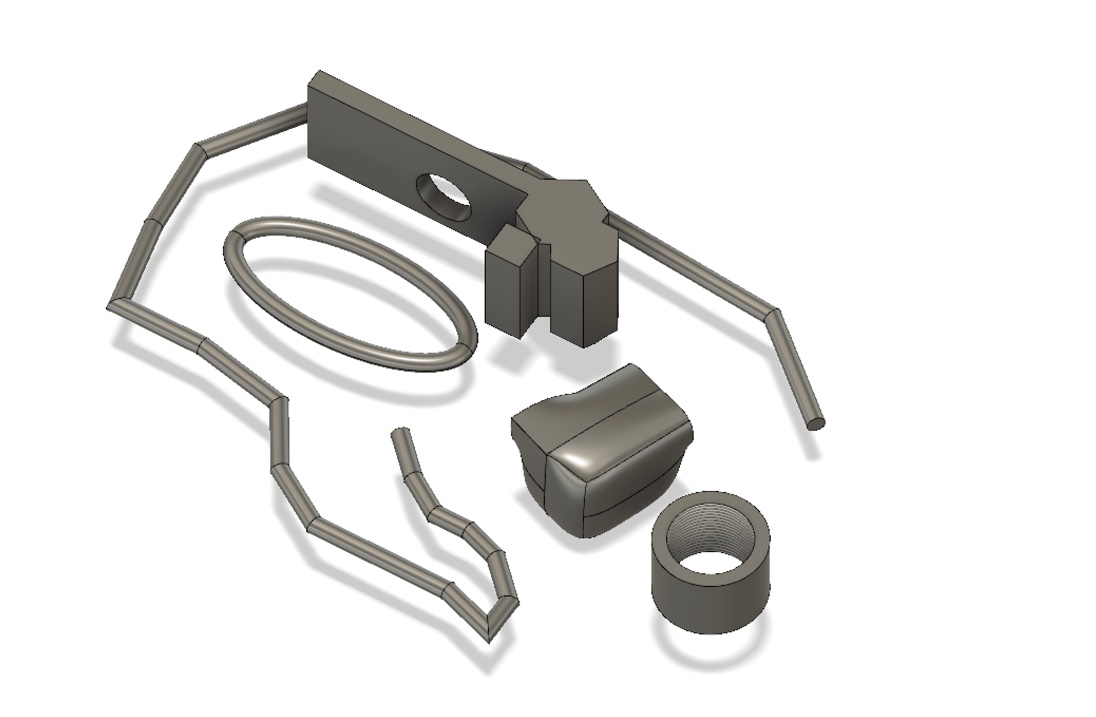 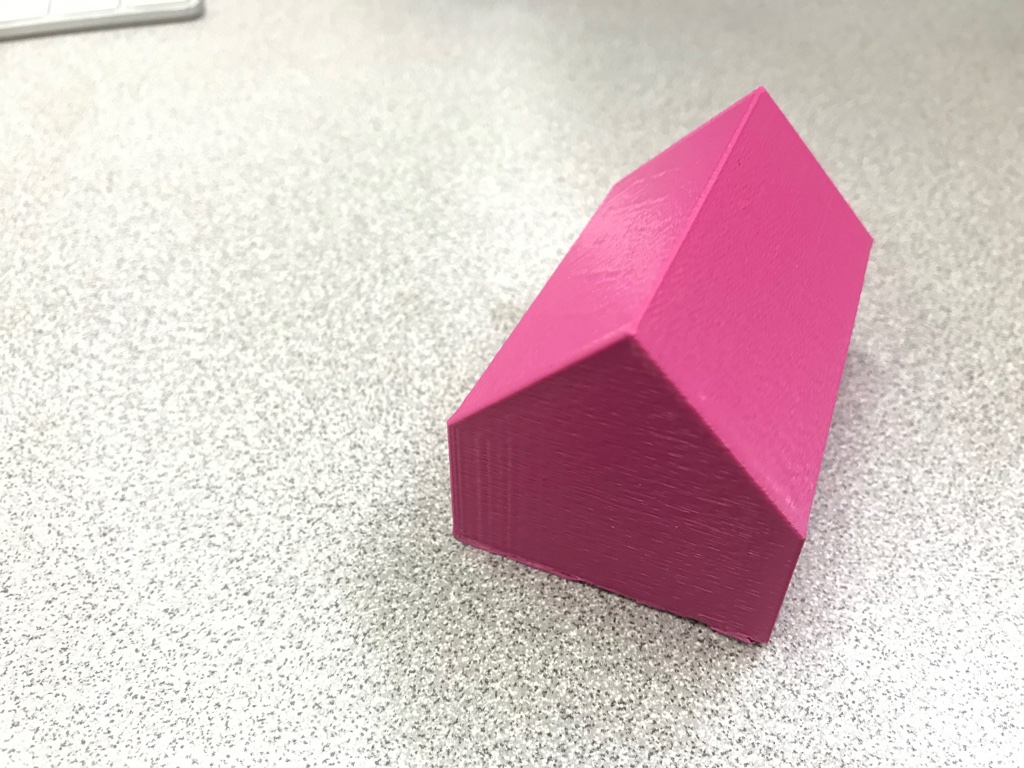 Print was a success, this design was extremely simple. I printed this one, because it was the only one that I was confident would survive the print process. One thing that I hope to change later on is the infill/triangles that the printer makes inside the print. I don’t think that this specific design needed a lot of infill, so maybe there are more resourceful infill strategies.

(note: one poly bowl repeats, but an image in the collage has two forms) 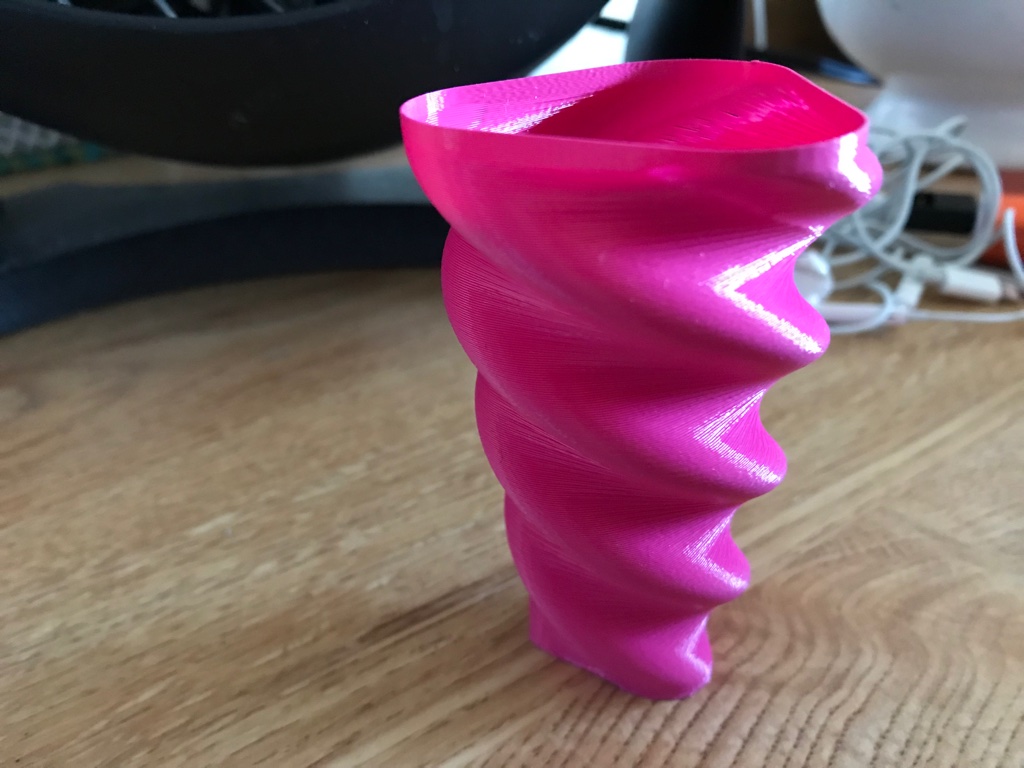