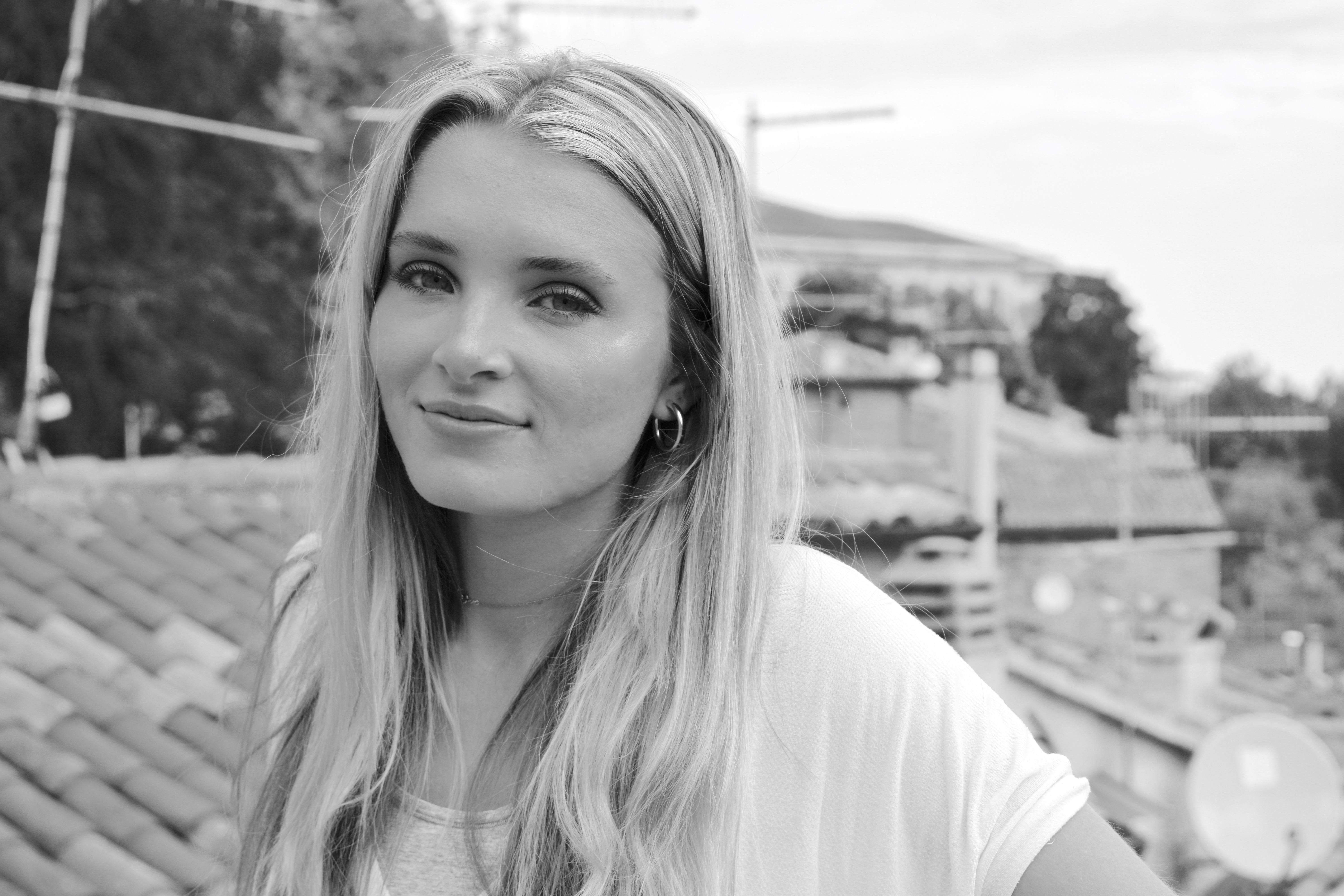 Hi my name is Shannon Stagliano! I am a Junior SMAD major and my concentration is in Creative Advertising. I am from outside of Philadelphia, Pennsylvania. In my free time I love working out and trying new classes at different studios. I also enjoy designing illustrations on Adobe Illustrator. When I graduate I hope to travel and then eventually pursue a career as an Art Director.

I have never used a 3D printer before todays class but I have done some coding in HTML and CSS in my SMAD 203 class last semester. I am excited to learn the new design software systems and begin to expand my knowledge of coding. 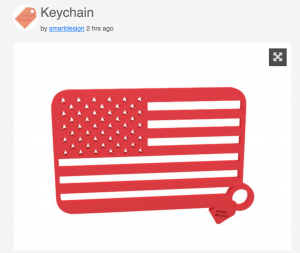 I chose this model because key chains are a practical and useful item that can be made by 3D printers. I like how this designer made the edges smooth in this model. 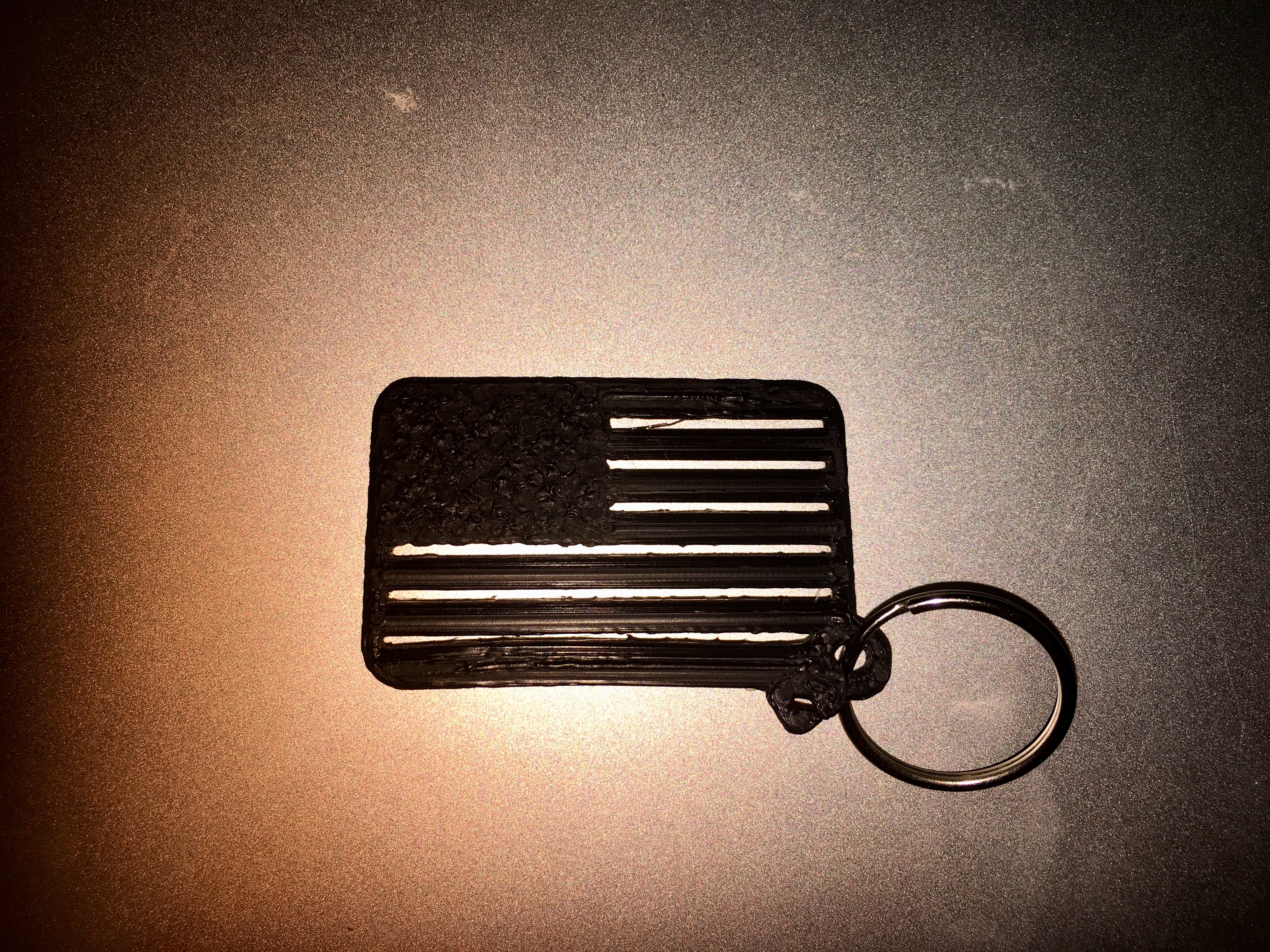 My keychain was mostly a success, except for the fact the stars on the American flag were too small to print. In order to fix this issue I think I need to increase the size of the keychain dimensions. I would like to try it out again to see if increasing the size would allow for the stars to become visible. 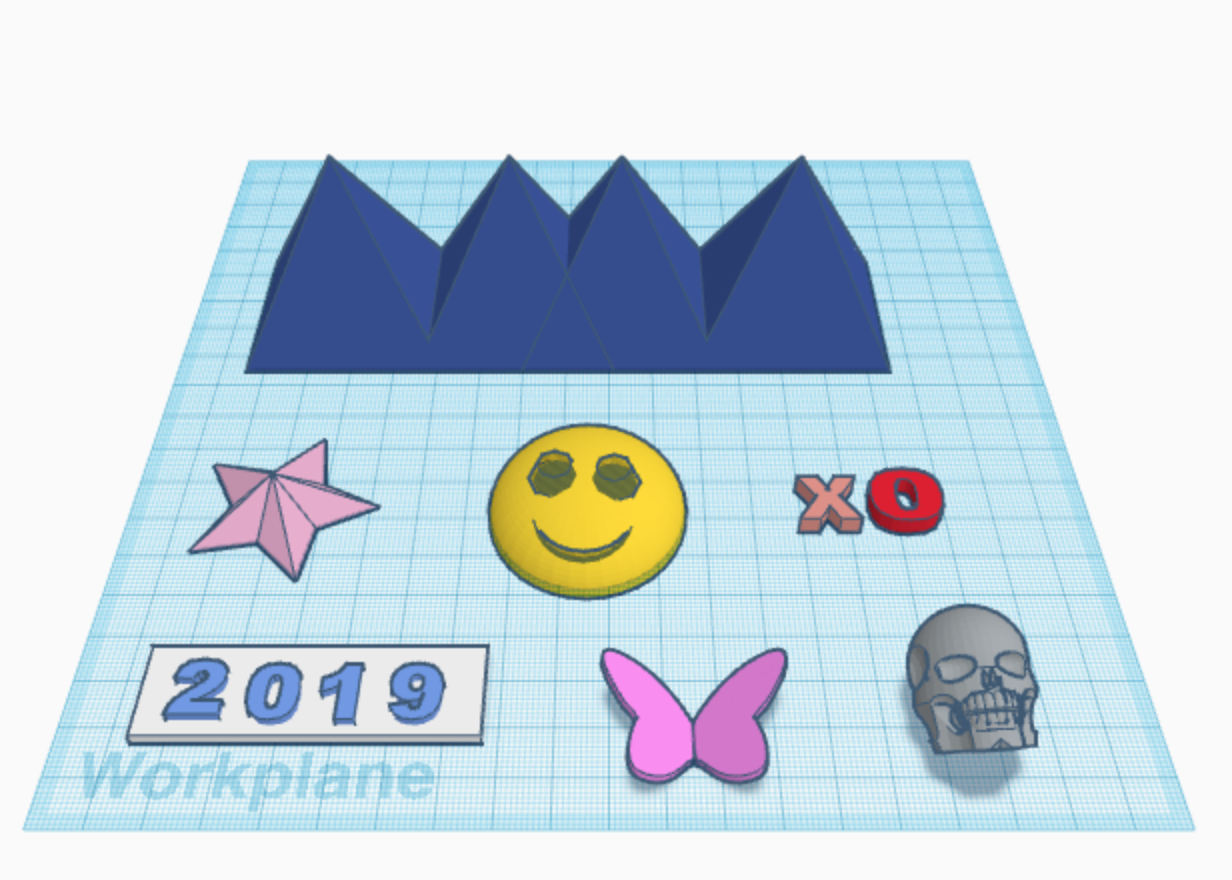 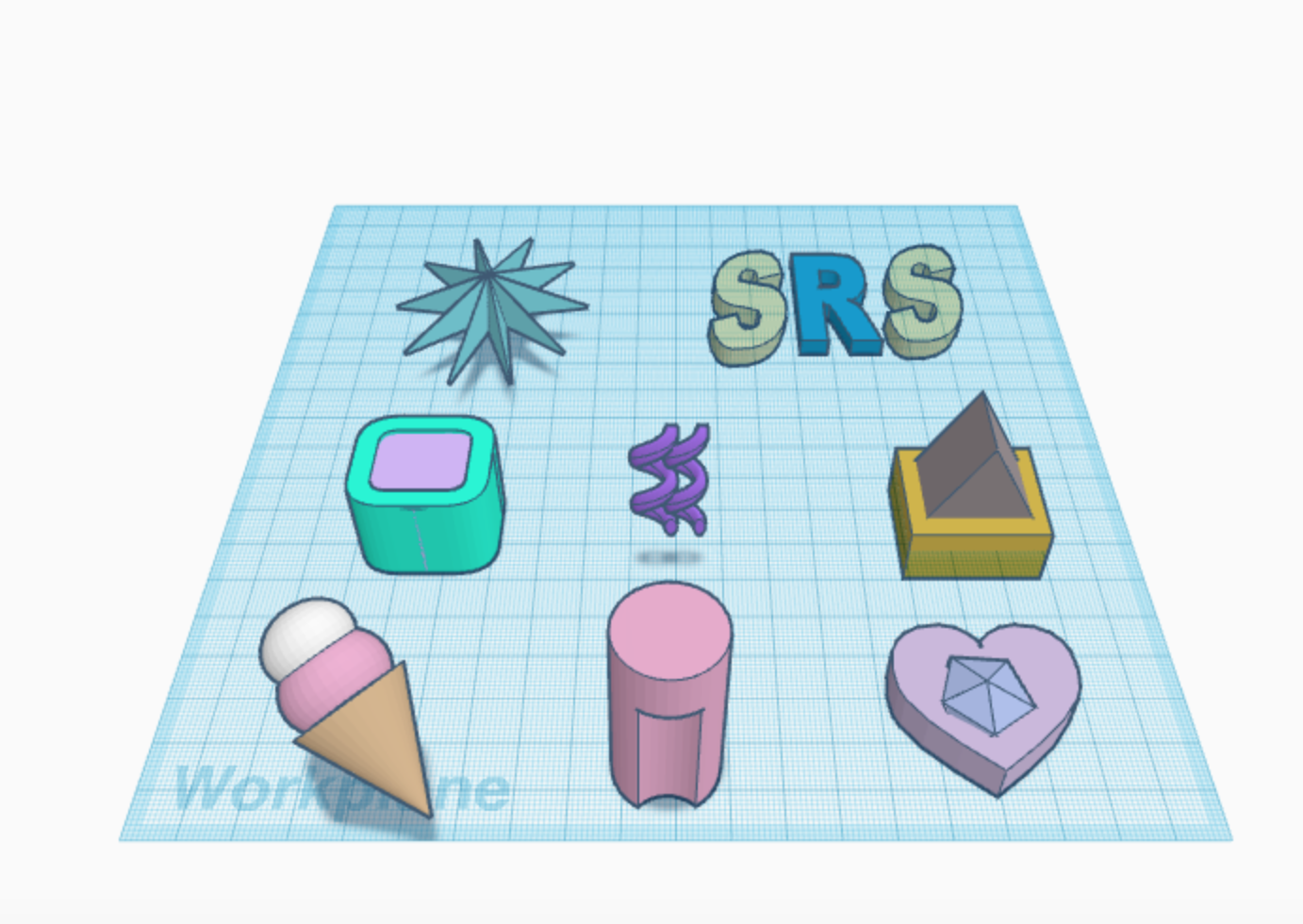 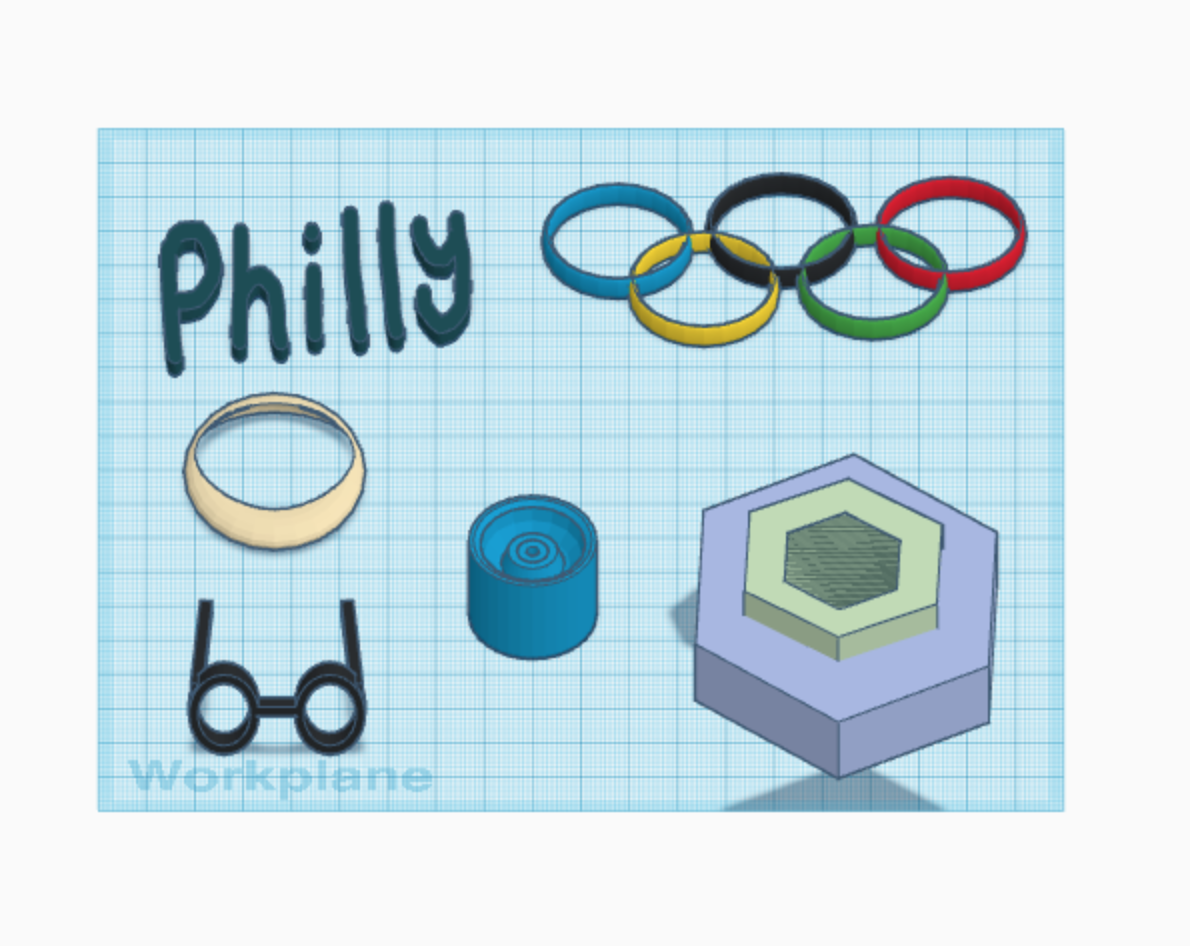 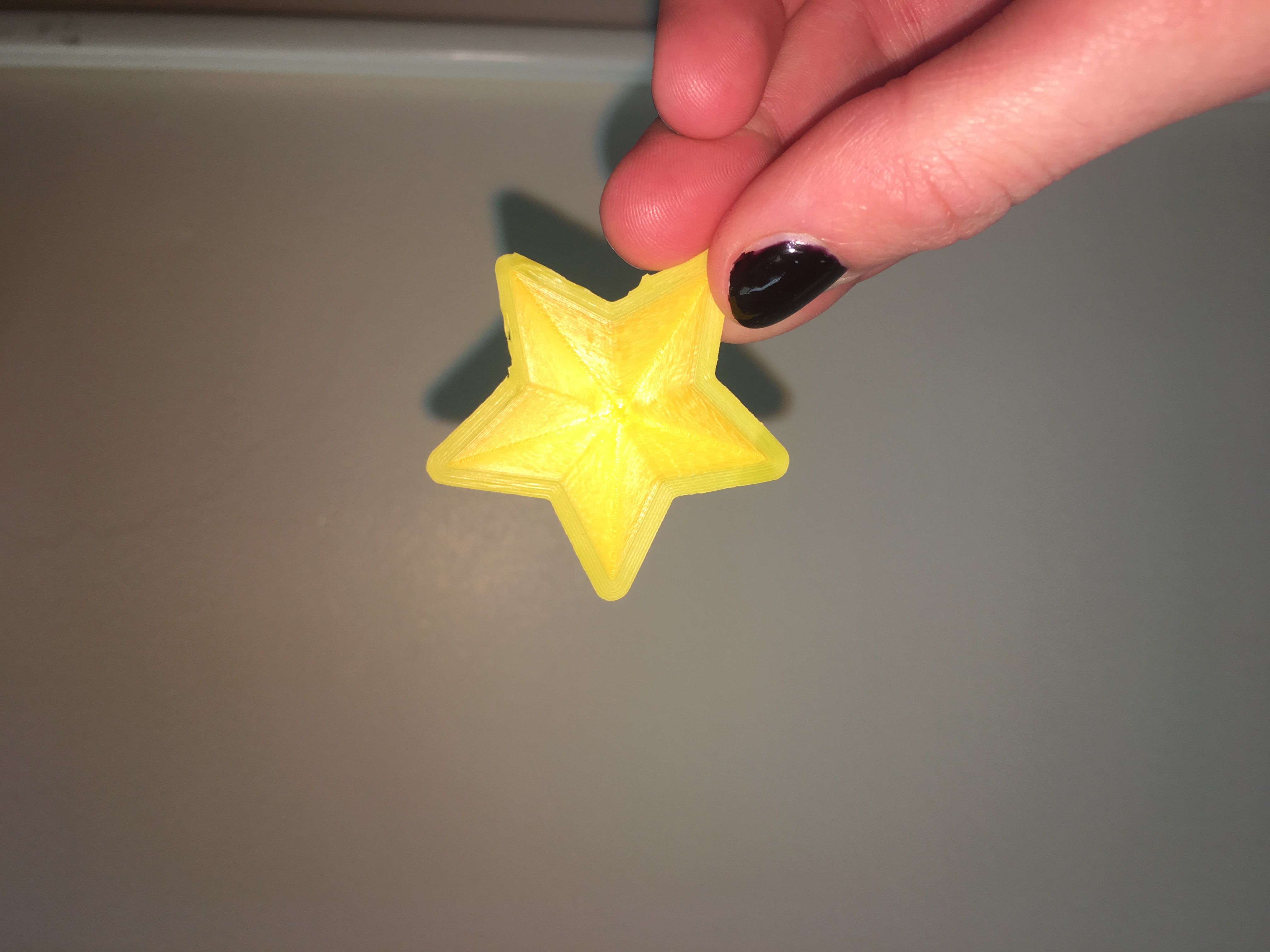 The star model that I printed worked out much better than I thought. It printed flat onto the plate and peeled off easily without breaking. If I were to print it again, I think I would add a small hole to one of the points to make it into a keychain.

By: Shannon Stagliano and Skylar Simone 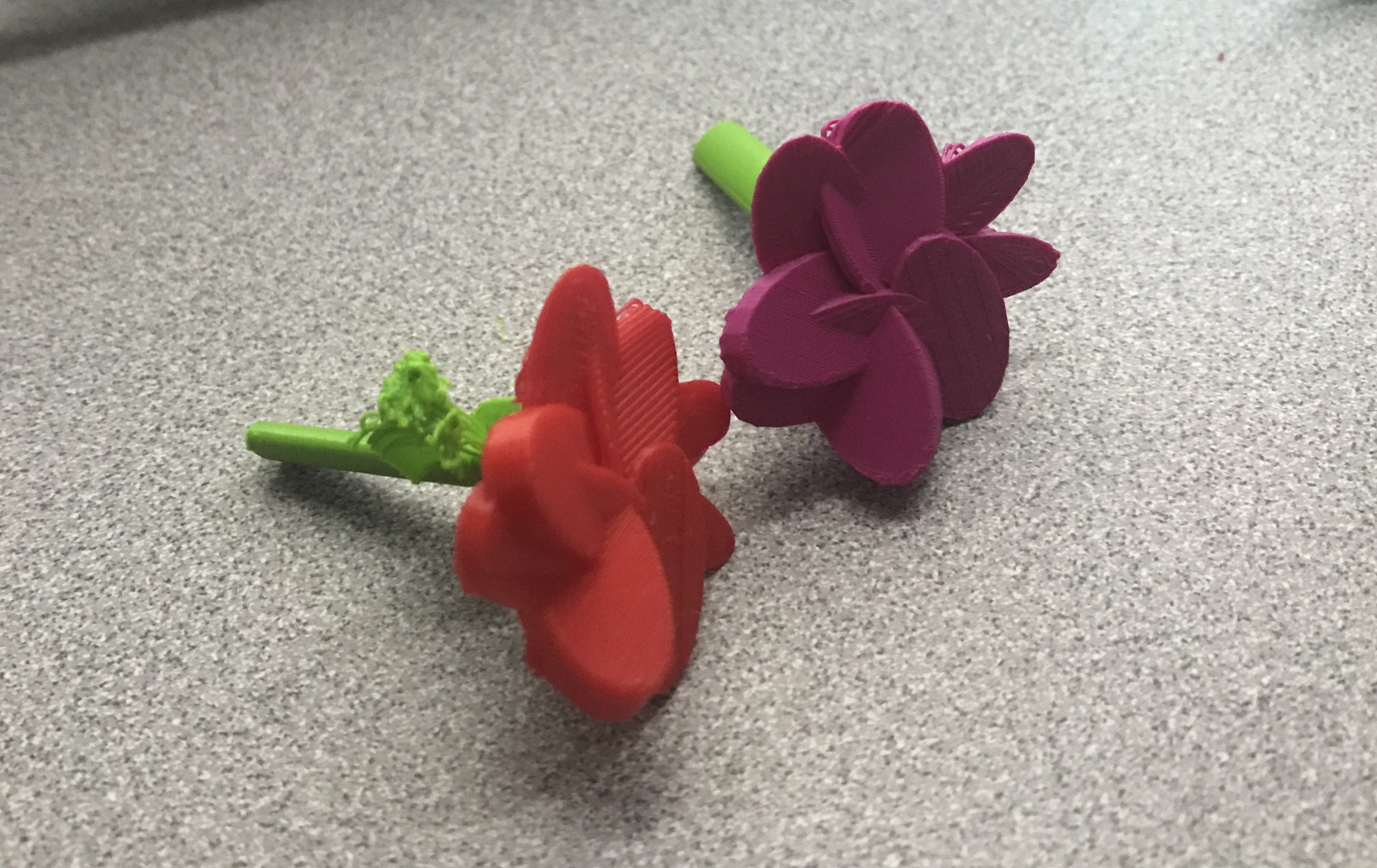 This project allowed us to collaborate to create a design that we both felt passionate about. I think that working together helped us to create more ideas and see different ways of problem solving our mistakes.  I think that our idea and thought process might need a few more adjustments since the hook on the side of the stem got messed up during the printing process. Overall, I am most proud of our flower design and that we were able to make something of our own that we were interested in. 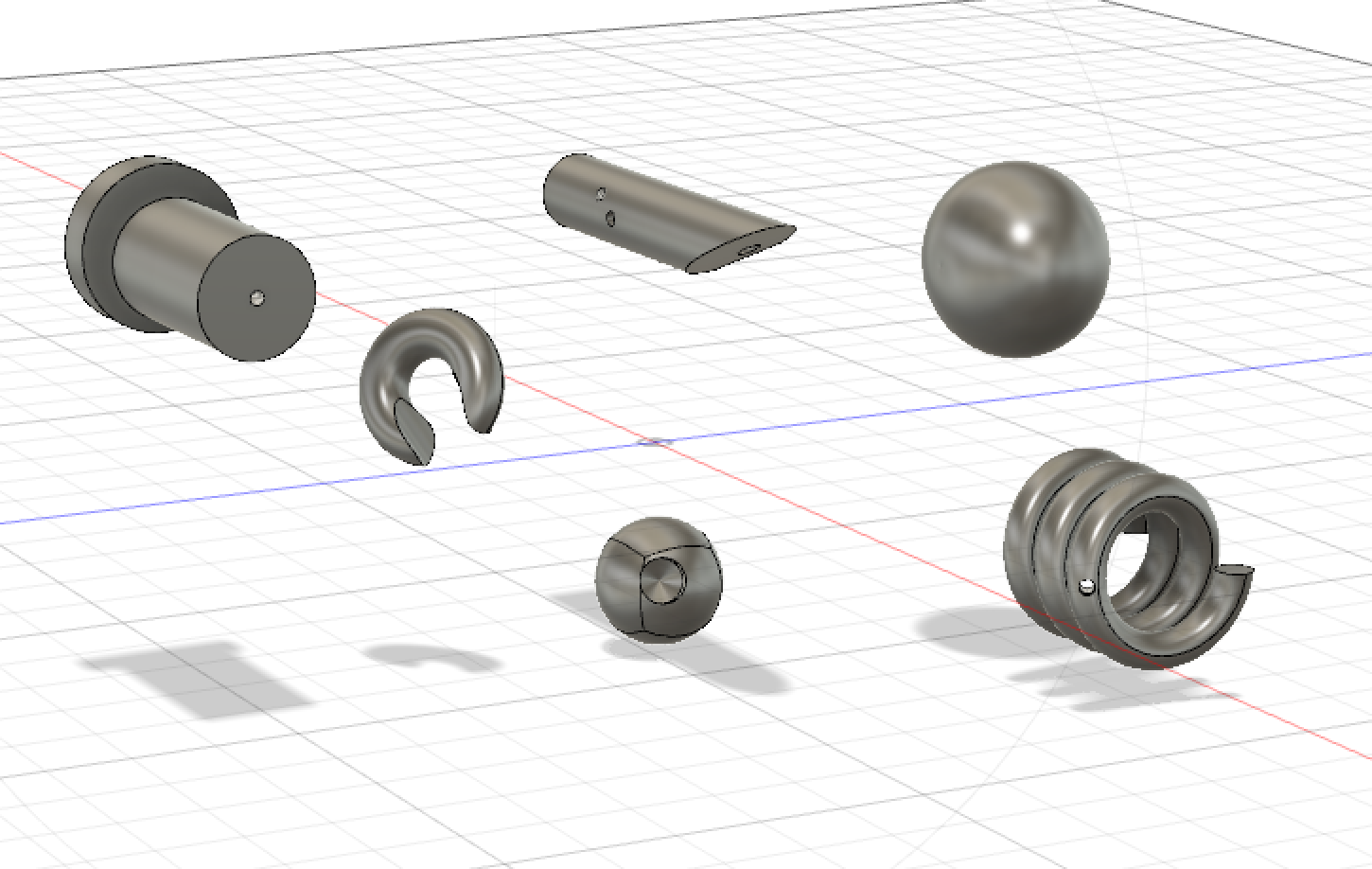 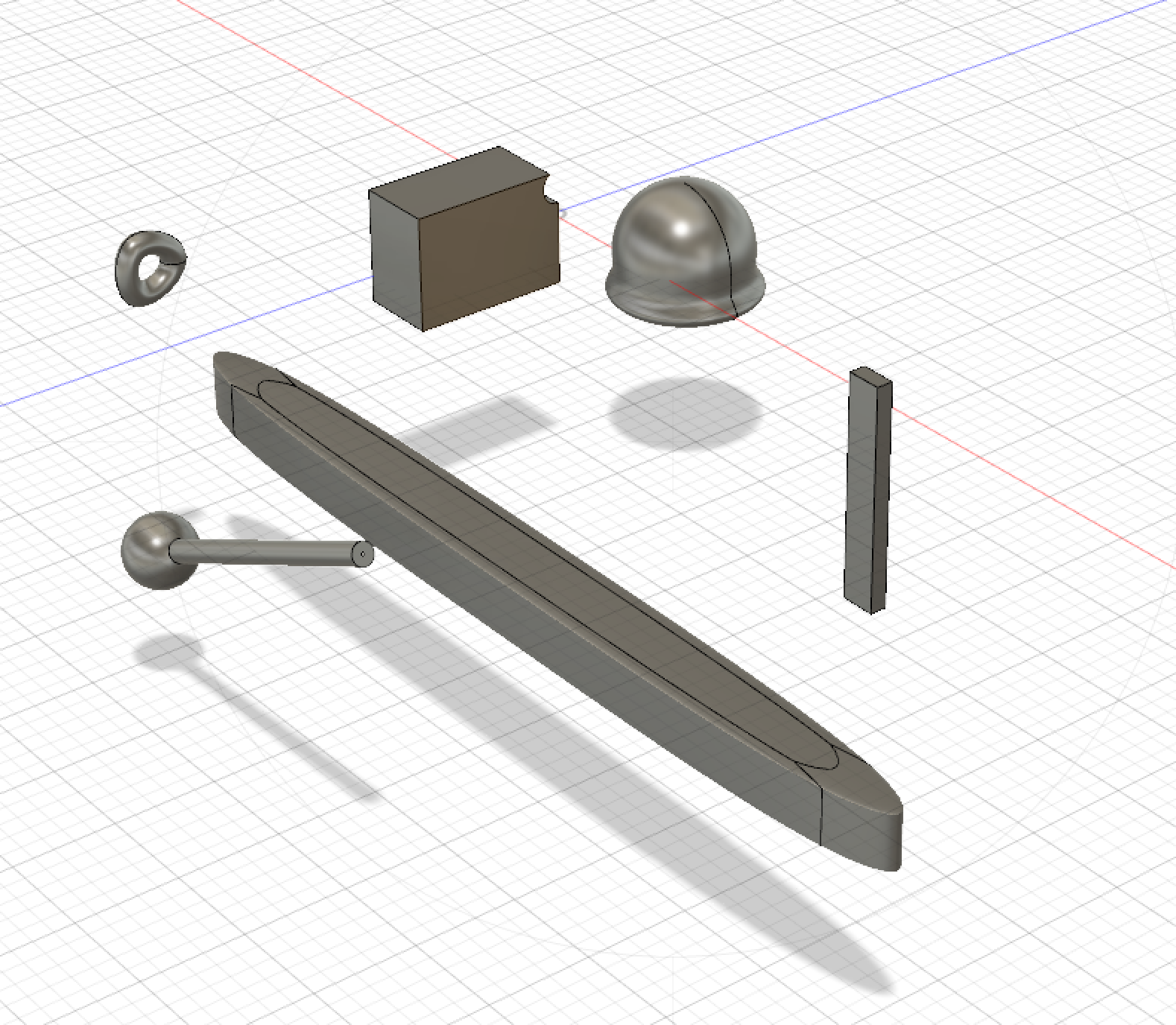 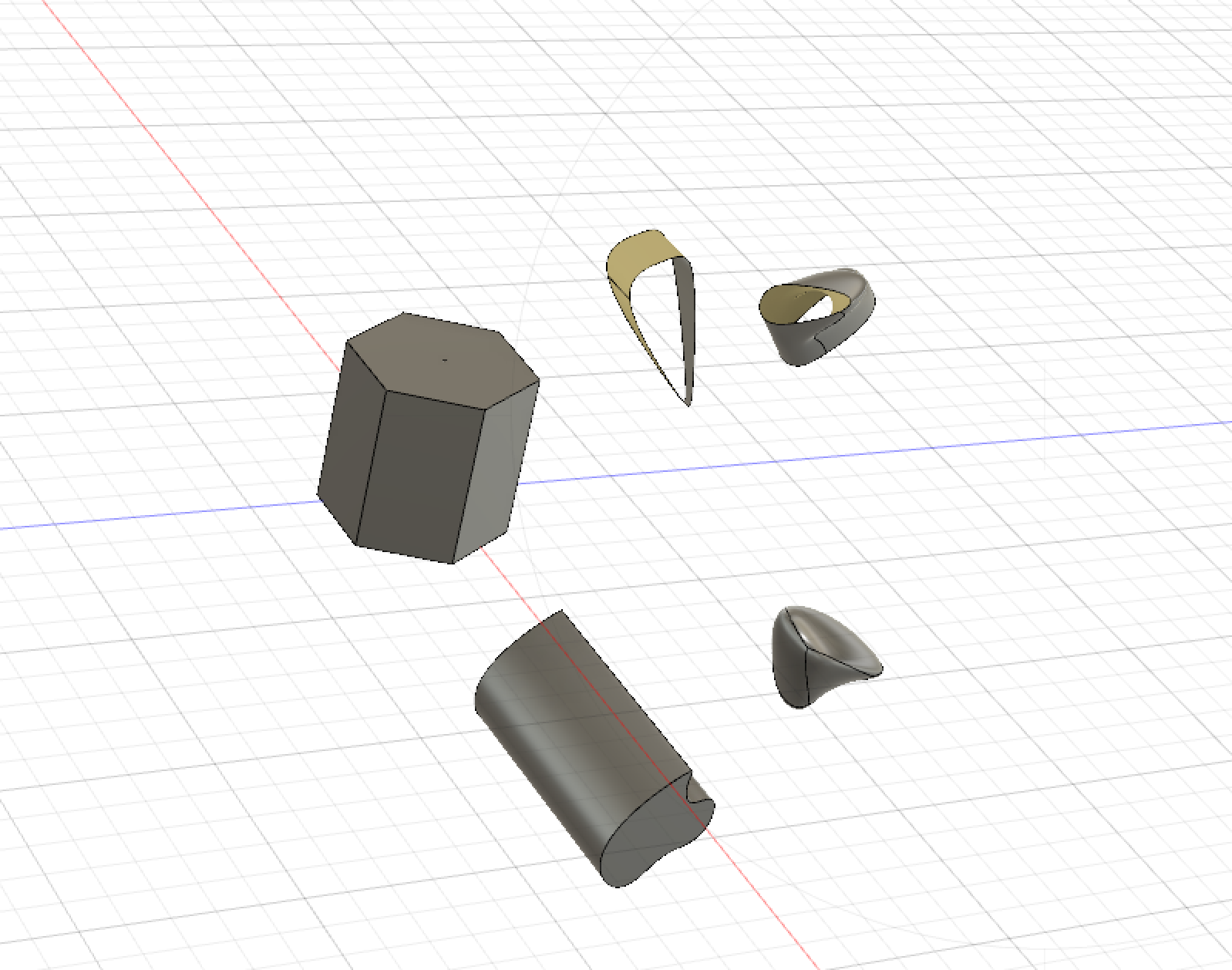 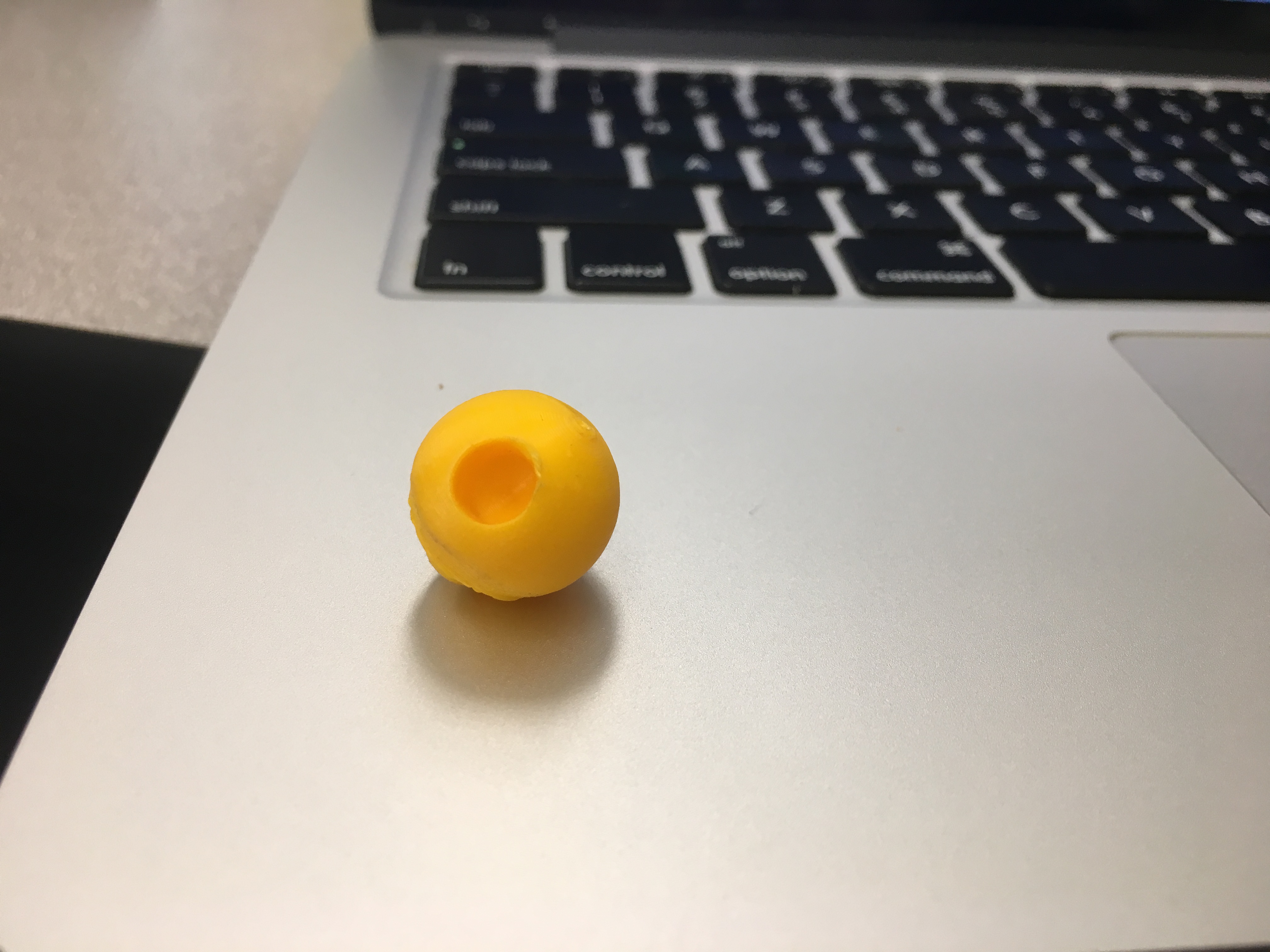 The sphere that I created on Fusion 360 printed very nicely without complication. This print was quick and came out clean, unlike some of the other items I have printed. 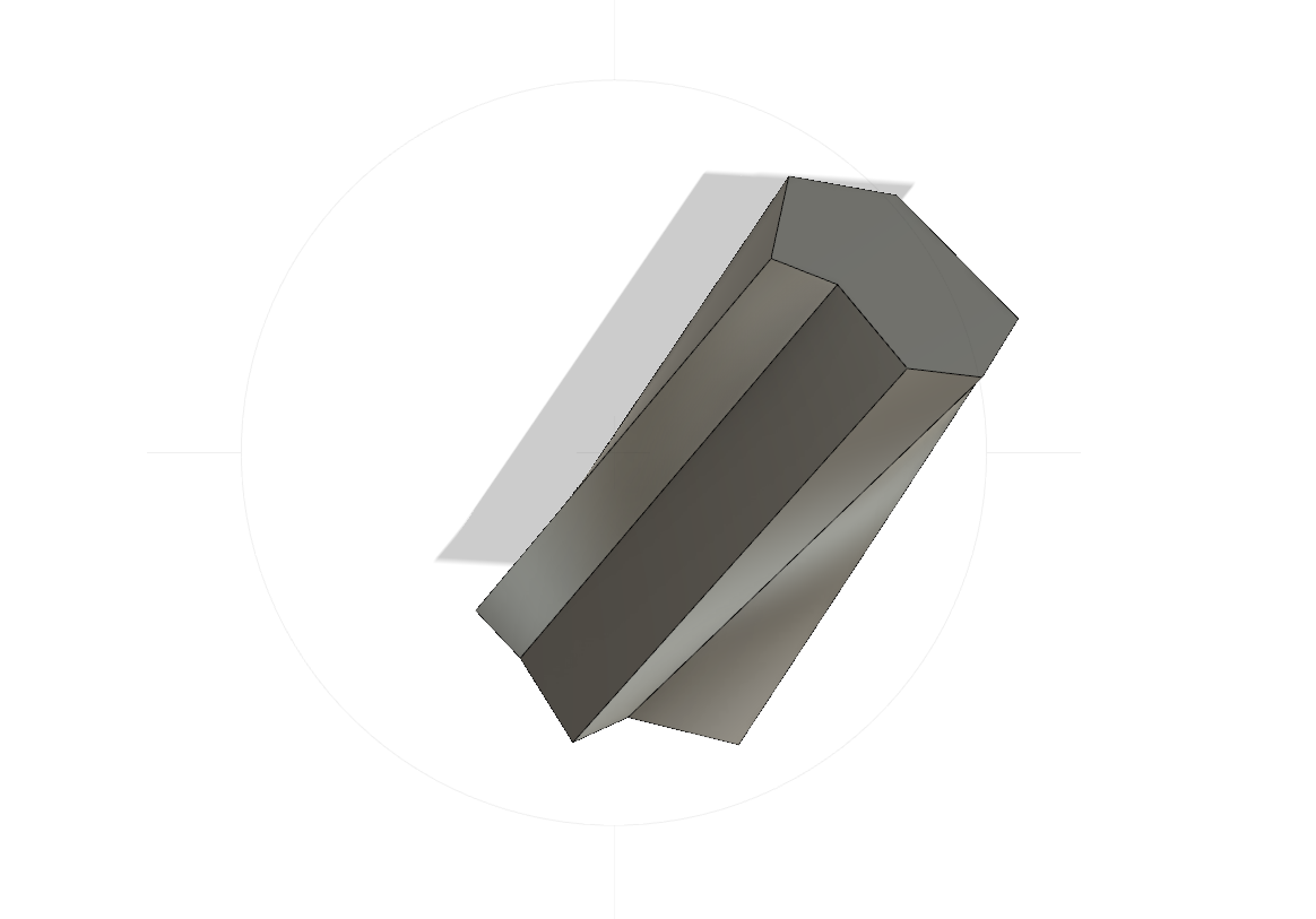 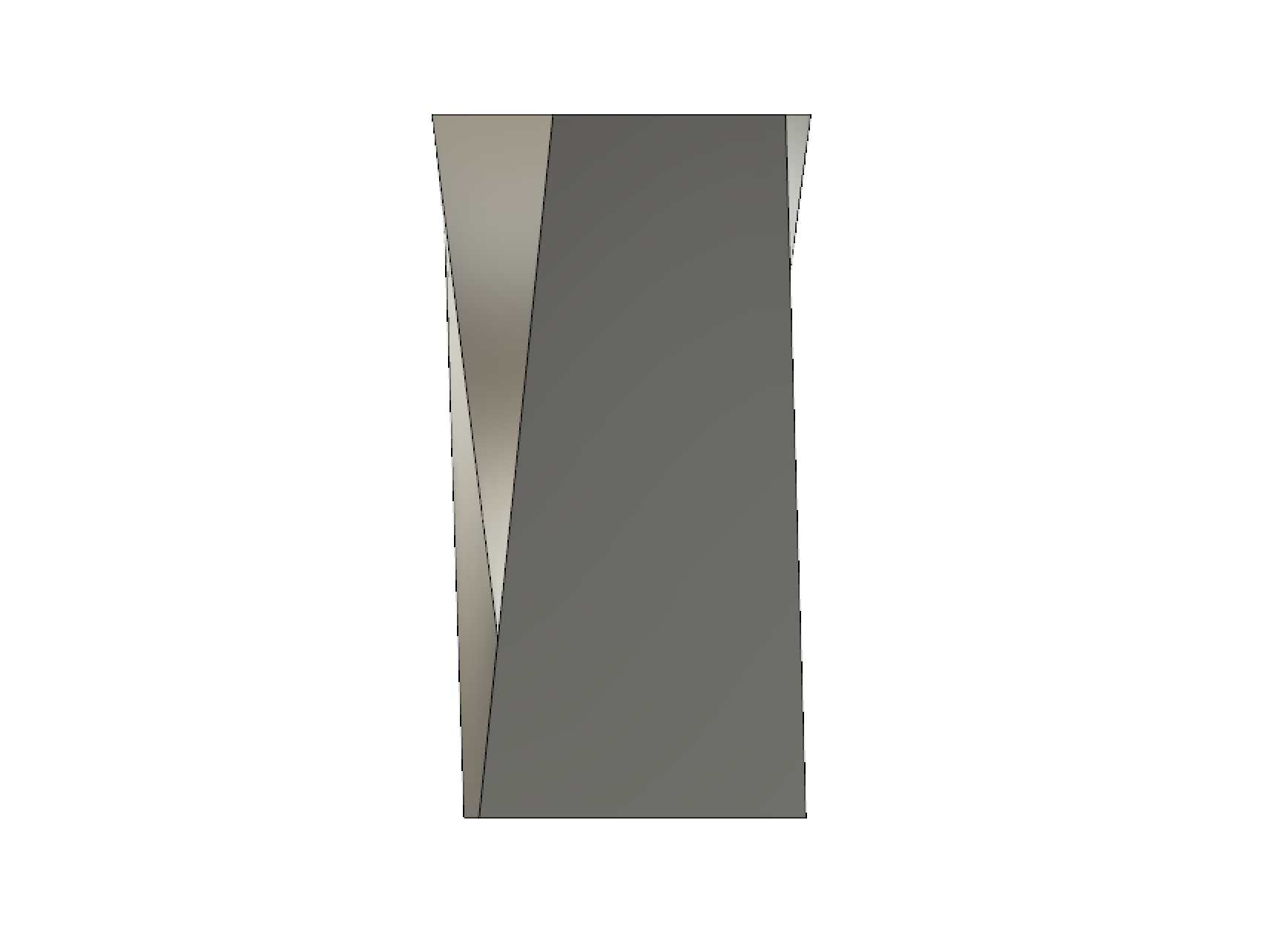 To start off, I played around with the circle and ellipse shapes to figure out how to use the loft tool as shown in the tutorial video.  In order to create something more unique and to my style, I decided to use the “line” tool so that I could manipulate both the bottom and top shape to the exact way that I wanted it to be. I originally wanted my vase to look more organic but then I liked the way the jagged edges looked so I played around with the points until I liked the shape. I then lofted the two different shapes together to make the vase. My vase creation goes beyond the basic design in the video because I used the line tool instead of using a basic shape that was already created in Fusion 360. 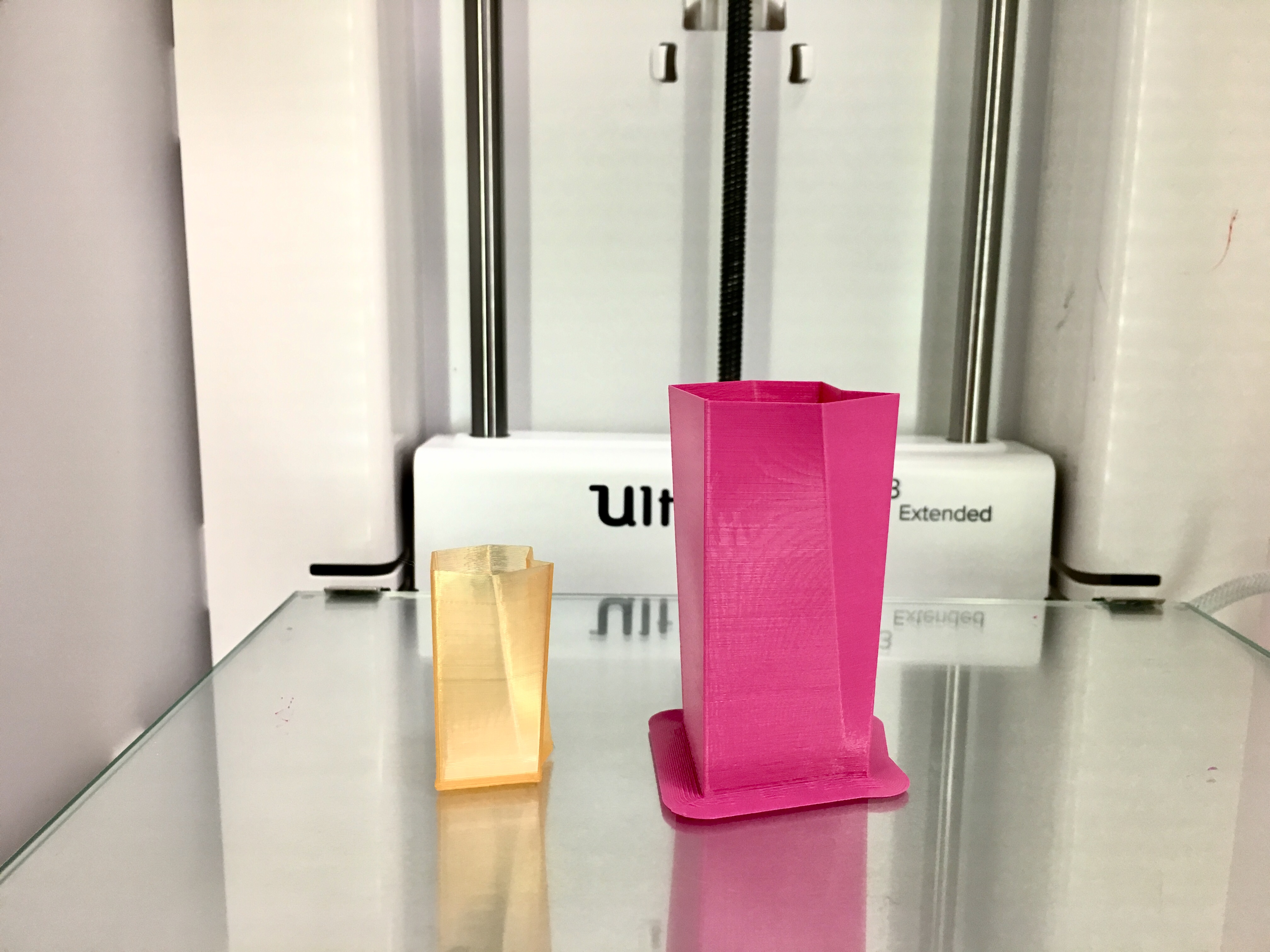 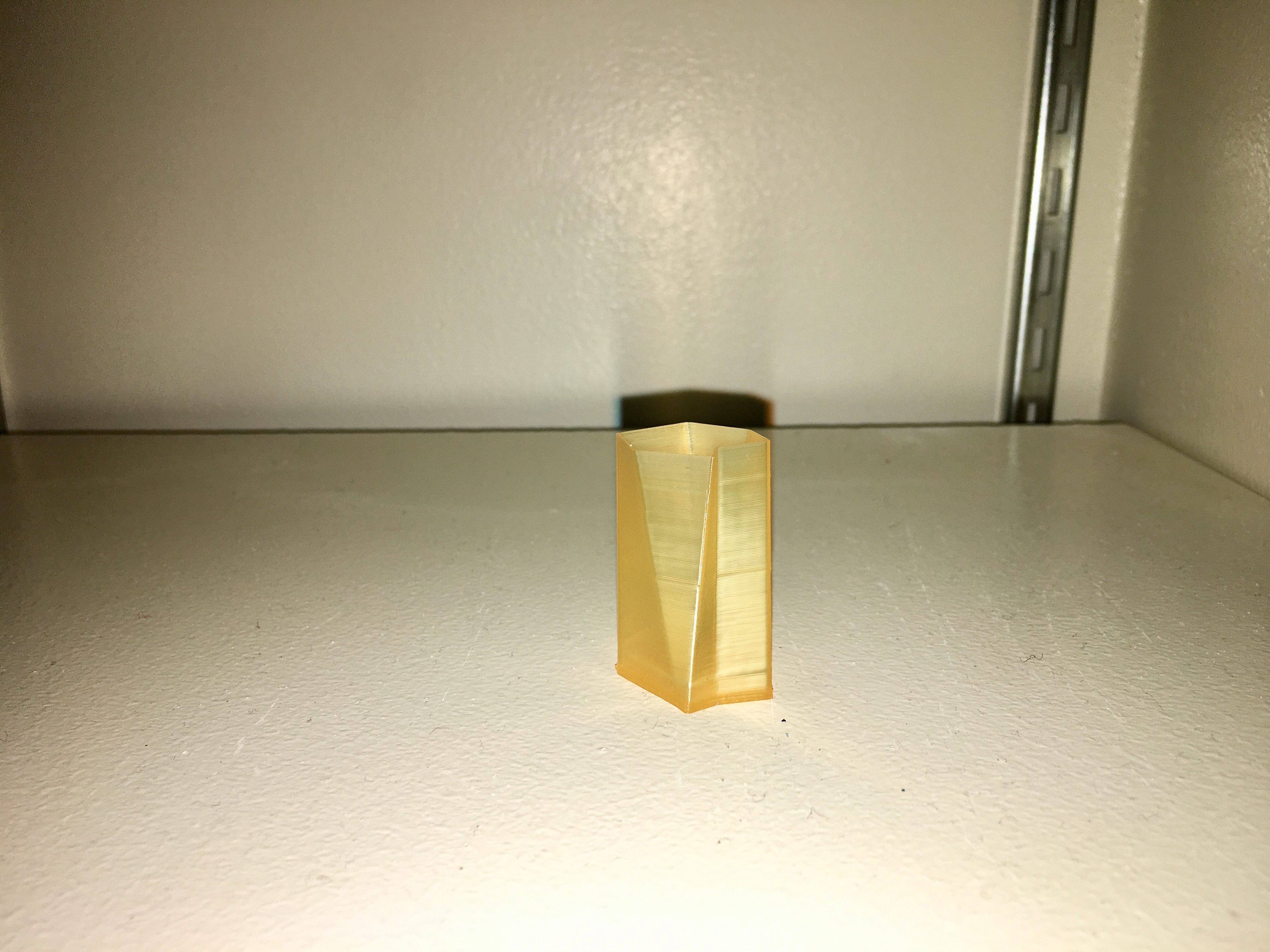 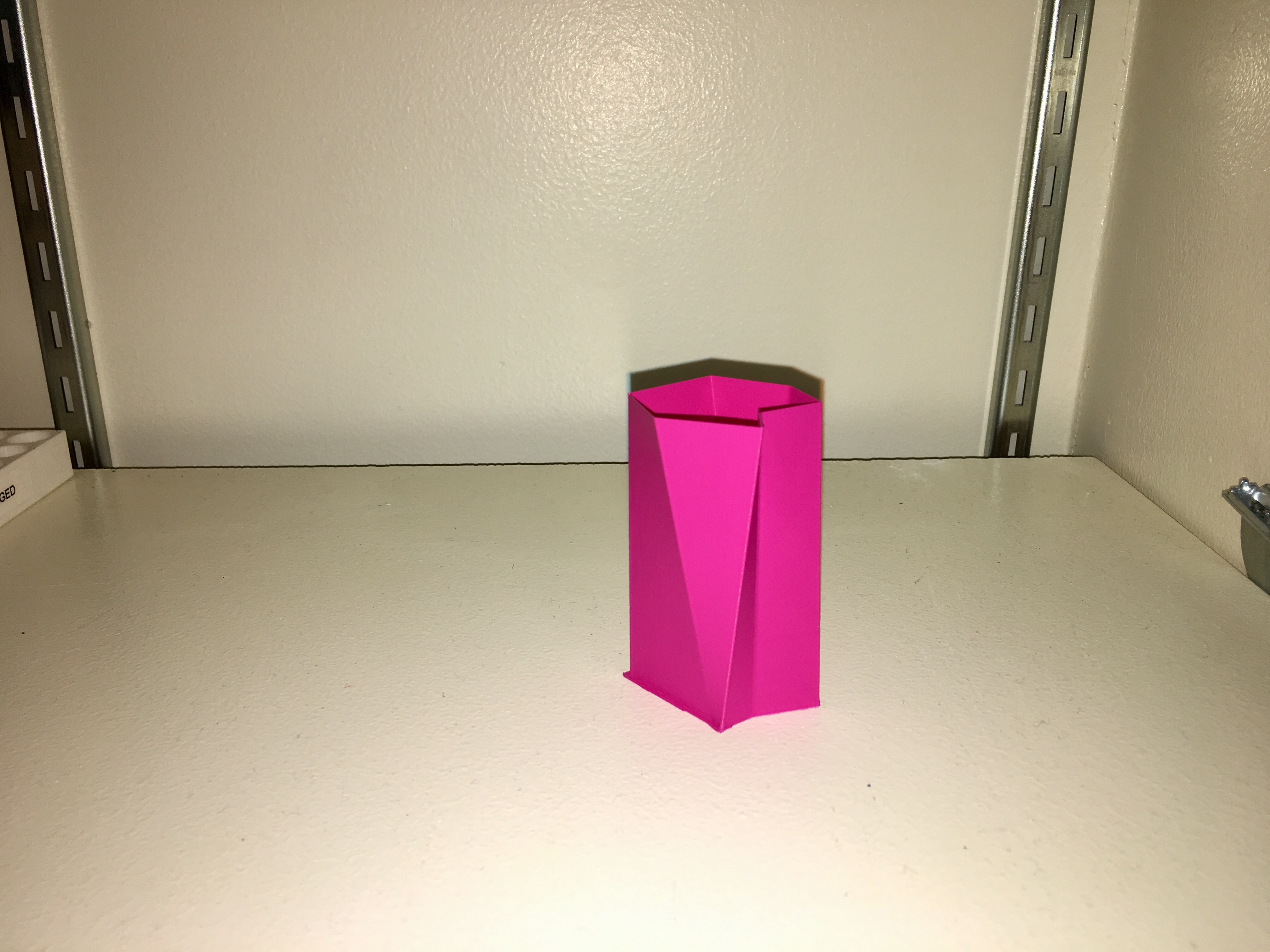 I think my prints were a success and I am extremely happy with the way they printed. I think next time I would make it slightly taller so if I wanted to put real flowers in the vase it would hold them without it tipping over. I can now use the design as a pen or makeup brush holder. 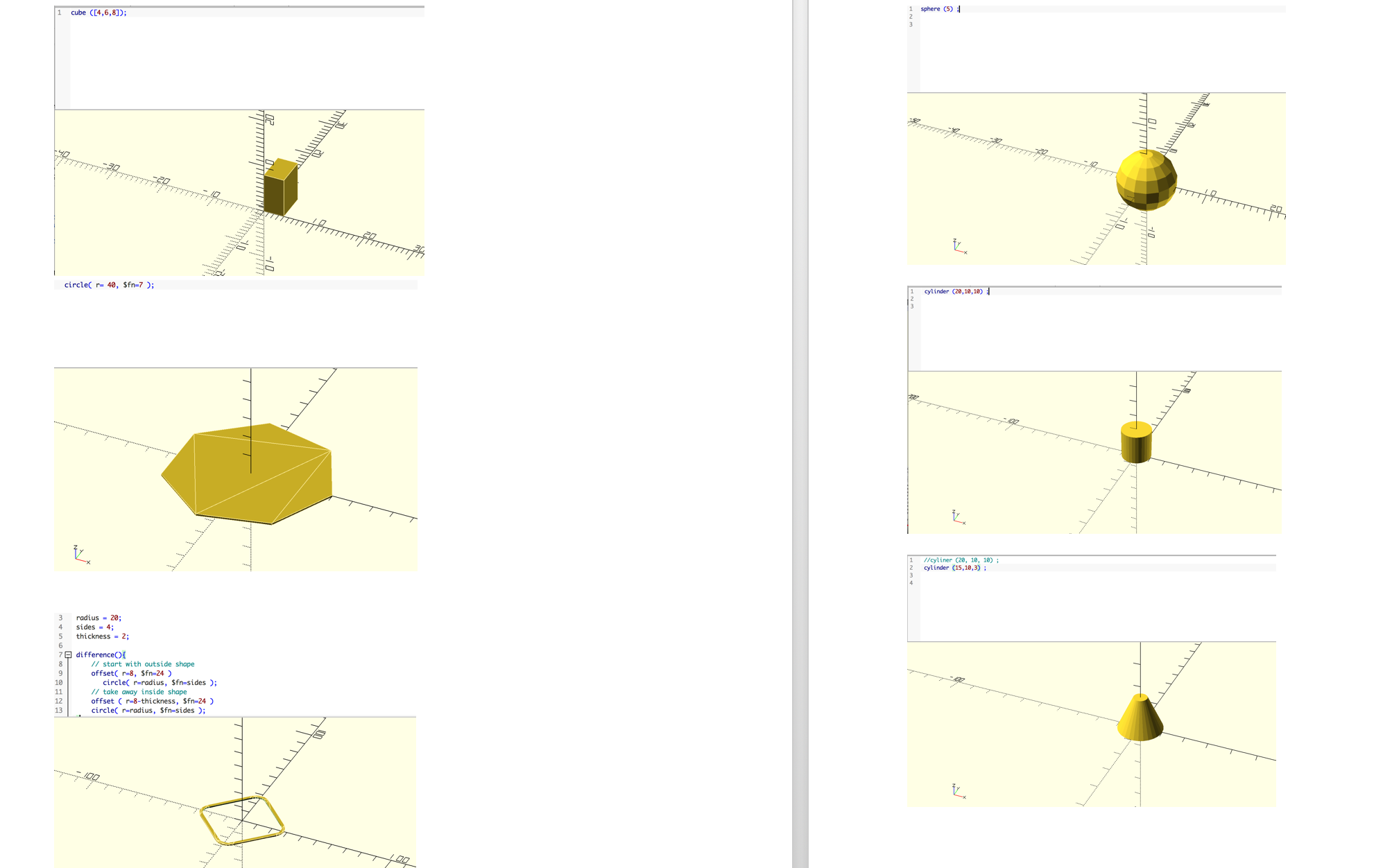 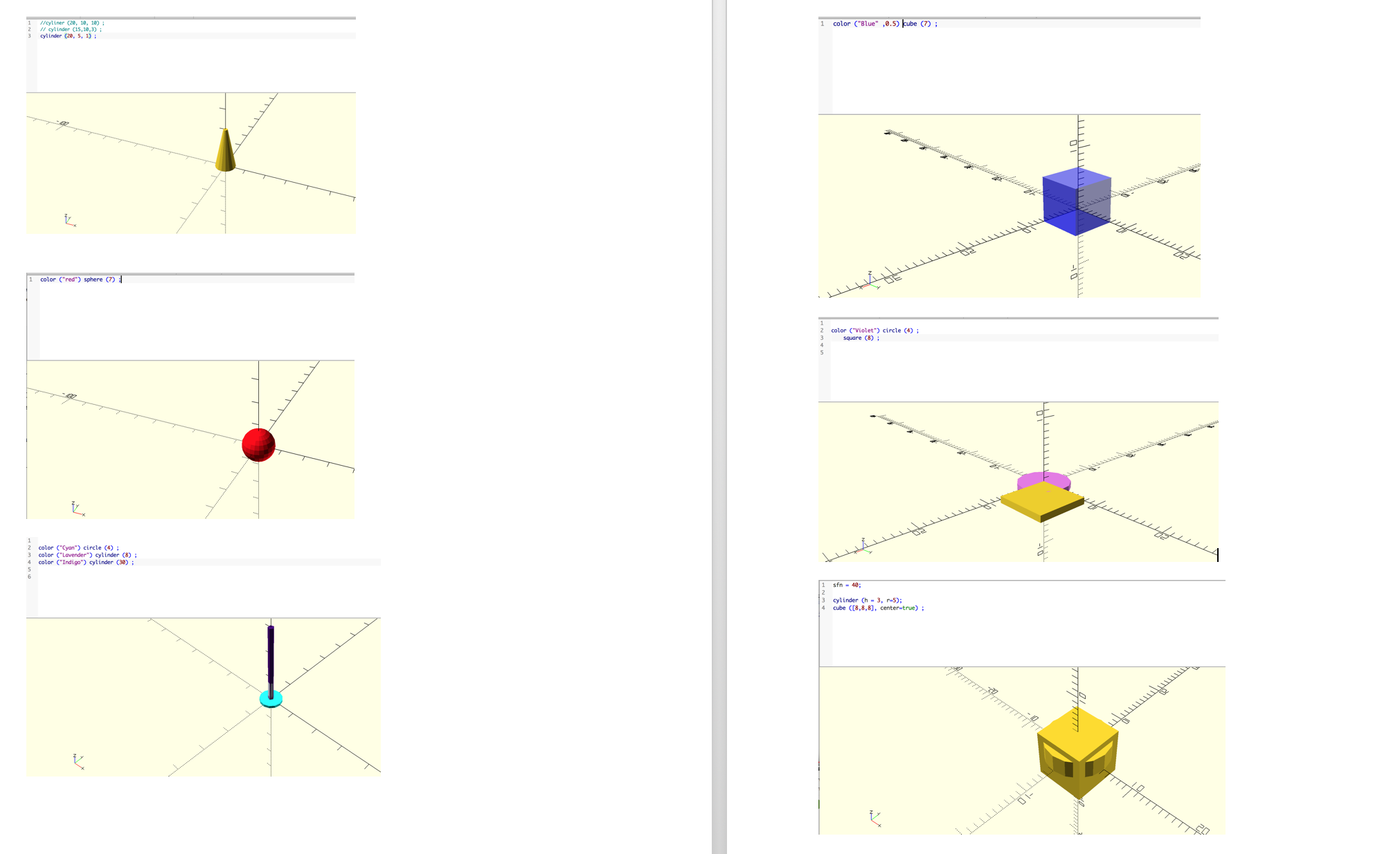 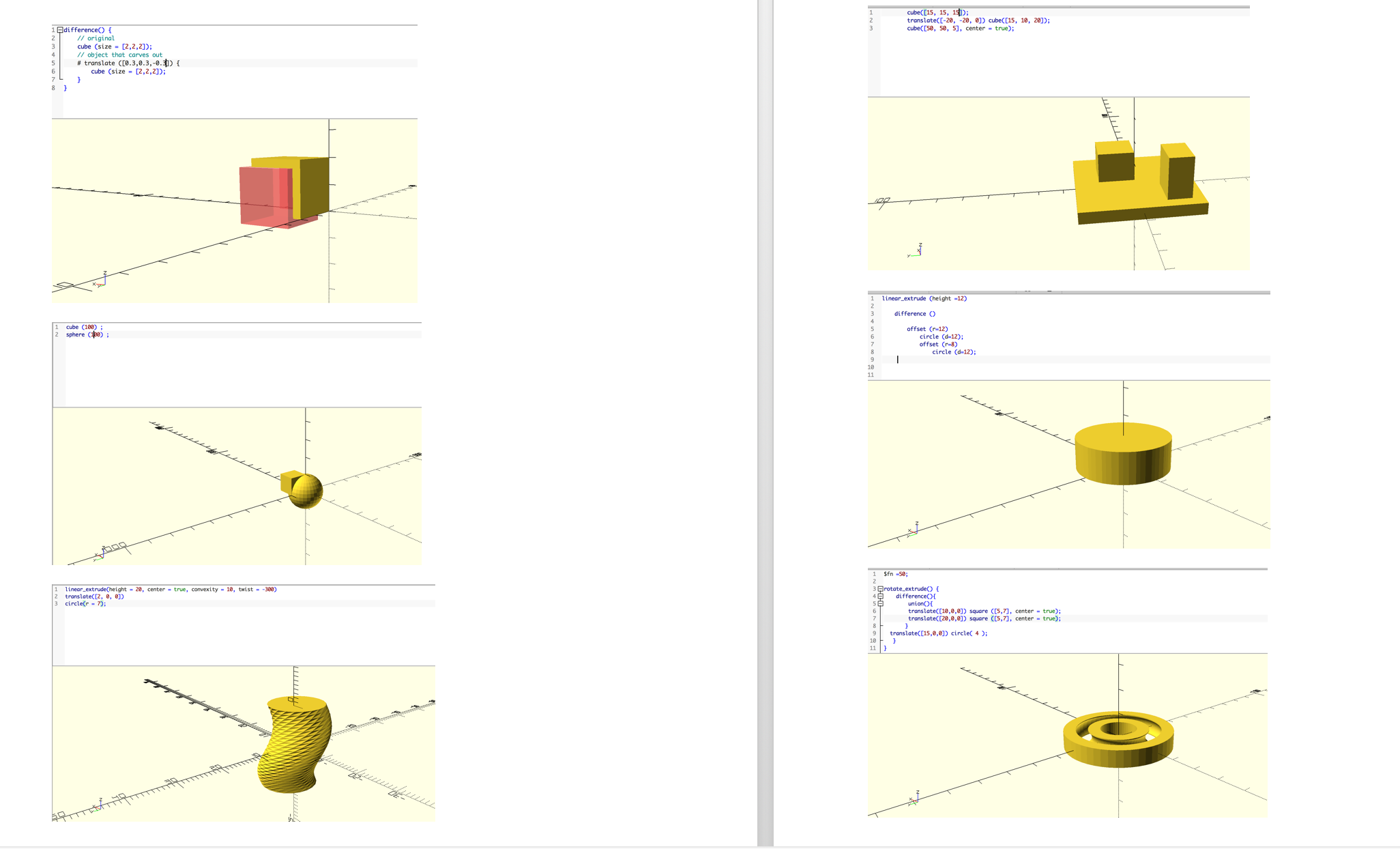 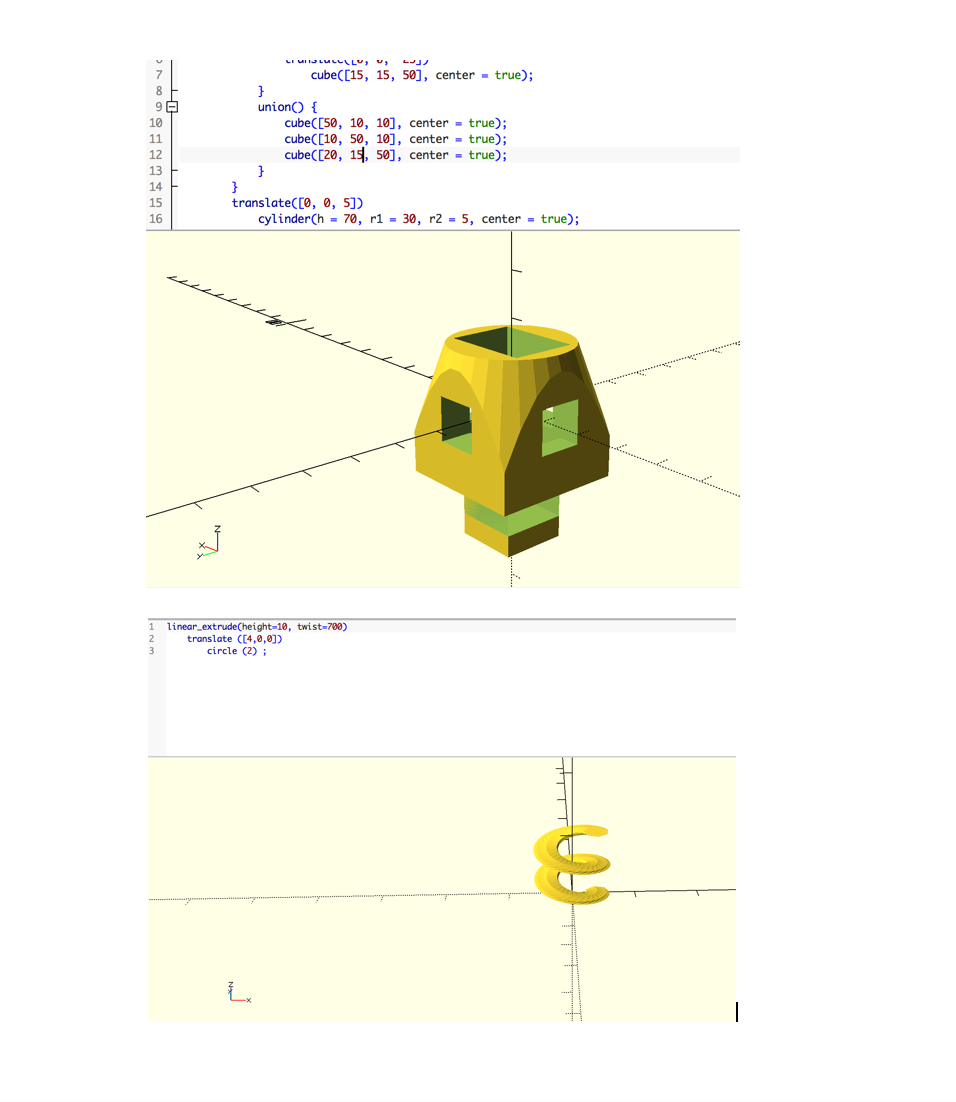 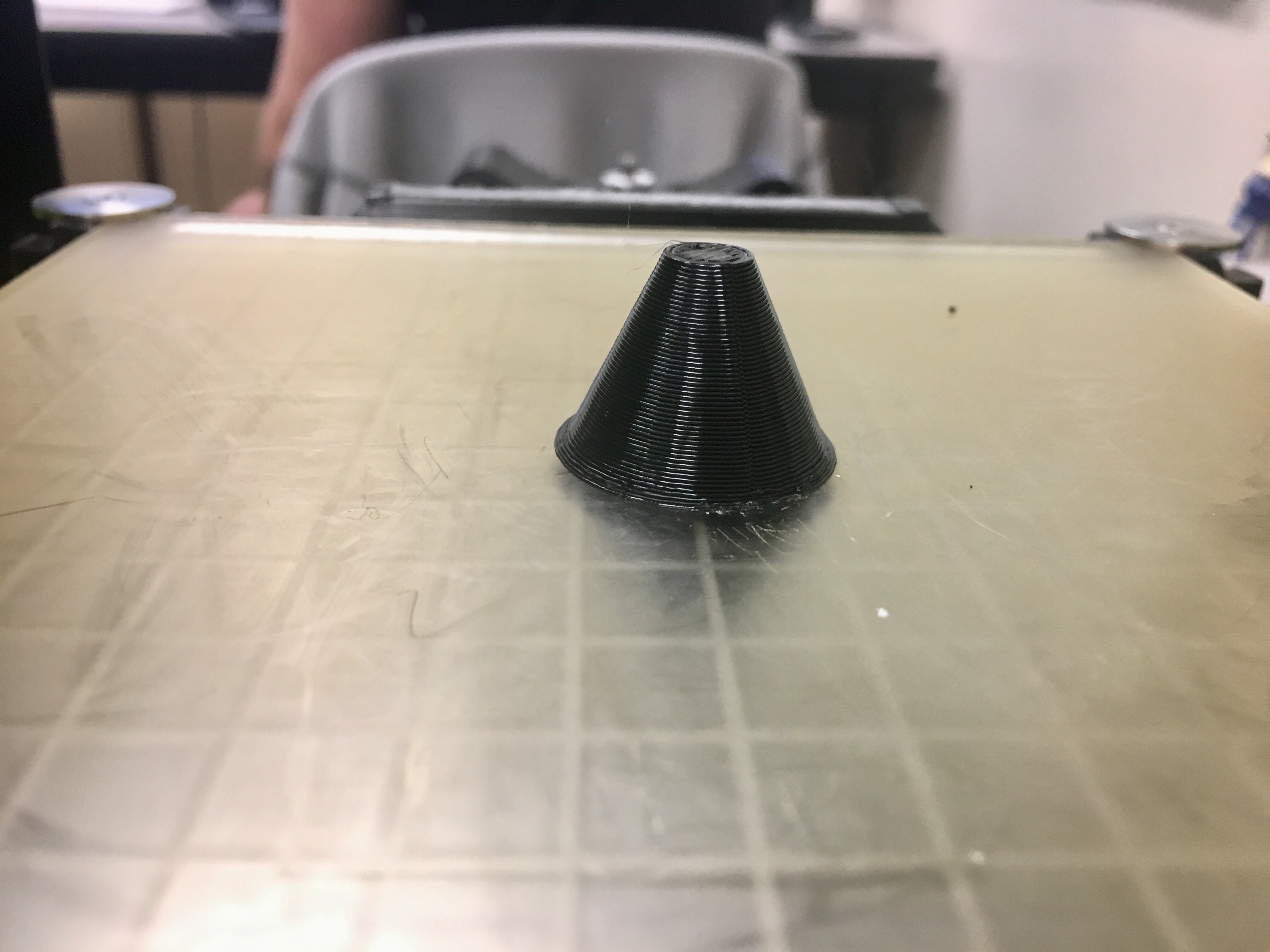 This cone print was a success besides having some printer troubles in the beginning and it getting stuck to the hot plate. 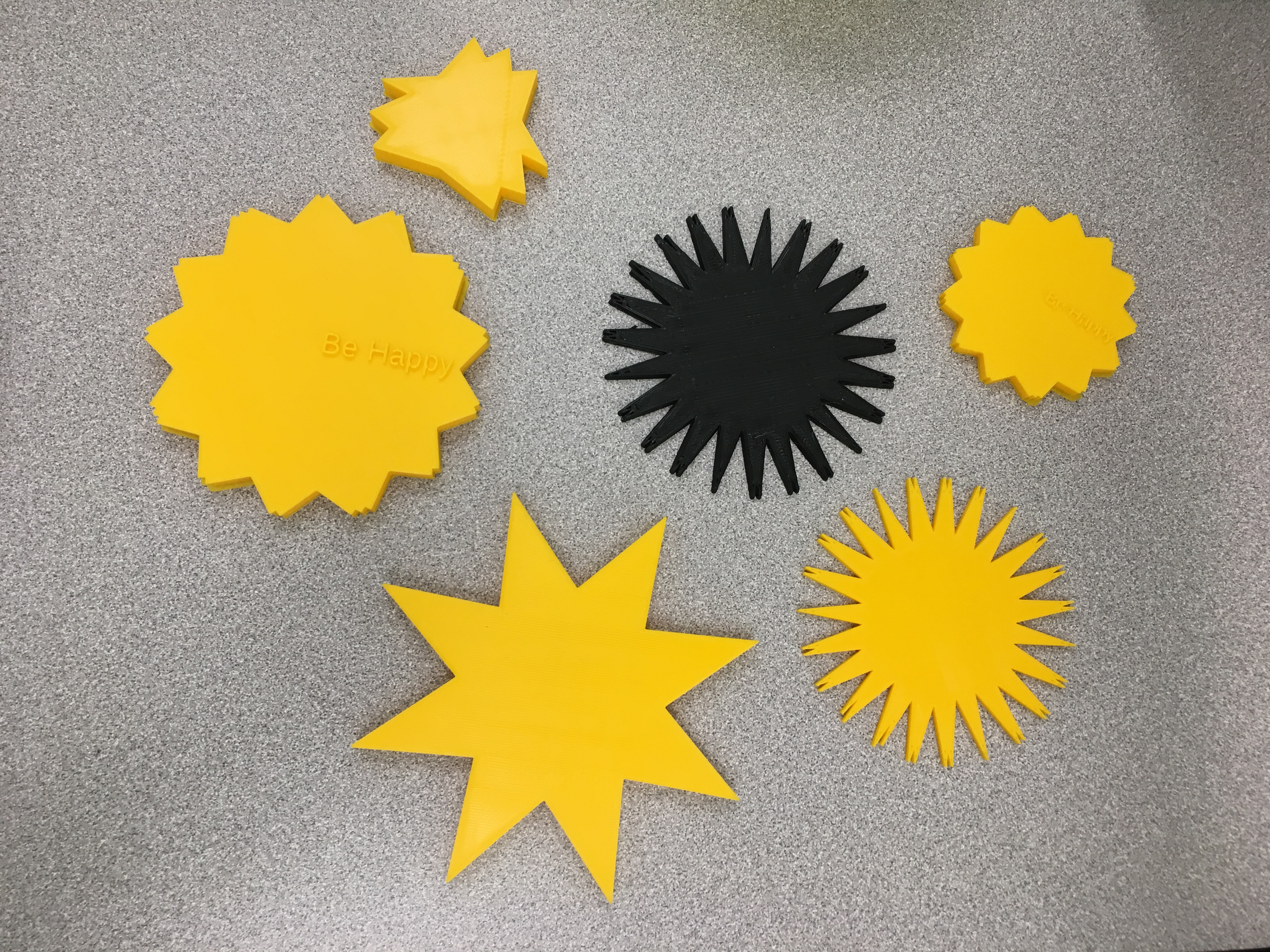 For the final project, we manipulated code on OpenScad to create various shaped coasters. It took some patients and time to figure out which part of the code would change the aspects that we wanted to manipulate. They all turned out much better than I expected and I’m glad that I learned a new software. We had some difficulties figuring out the code to change the parameters to make the coasters customizable on Thingiverse but it was a learning experience. We had one minor issue with our “Be Happy” print because the font got messed up during the printing process, however, we changed the dimension to be larger and it was a success.  My favorite print is the “Be Happy” print and the large Star print.

During this semester, I have learned that you must be patient with the printers and software because sometimes designs do not print as planned. This course has challenged me to think outside of the box and learn about new softwares such as Fusion 360 and OpenScad. I am most proud of my vase and my coasters. They are both useful and pushed me to learn something new. In the future, I would like to create more customizable keychains and coasters. I really liked the concept of my first flag keychain I printed, however, it did not print very clearly and I would like to print some more in different colors. For the coasters, I would like to print some larger ones so that they can be used for larger mugs and bottles.