Hey, my name is Chris Traynor and I am currently studying economics at JMU to find a place as a register representative helping people with their finances. In other words, I would like to be a stock broker. Throughout high school I place various sports, such as football, baseball, swimming, track, and golf, but now I only play the occasional pick up game with my friends. I am very career focused with most of my day involving reading about monetary policy, trading strategies, sectors of the stock market, and expanding my network. As of right now, my favorite show is Suits, but that is only because Game of Thrones and Billions are off season.

I am completely new 3D printing so it should be interesting to see how exactly it works as well as how to write the code to make my own design. 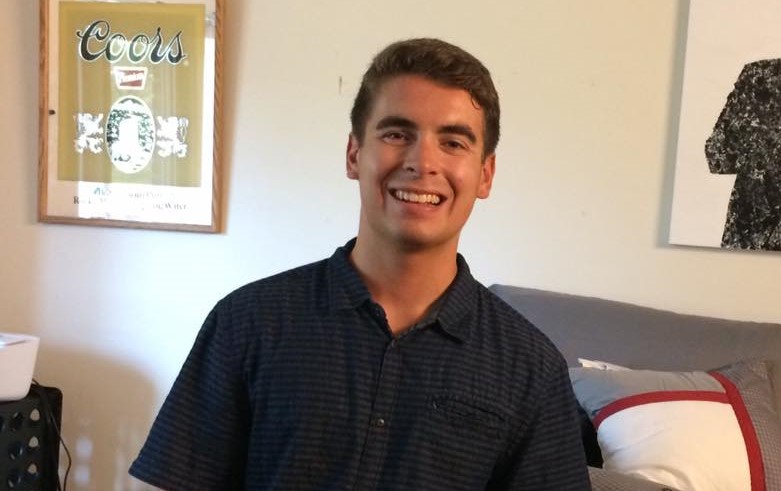 The reason that I choose to print a tiny Groot for my first assignment is mainly due to the size of it. It seems hard to mess up and since I am new to 3D printing, it should be a good place to start. Also, I have seen the Marvel movies and the Guardians of the Galaxy was definitely one of the better ones. 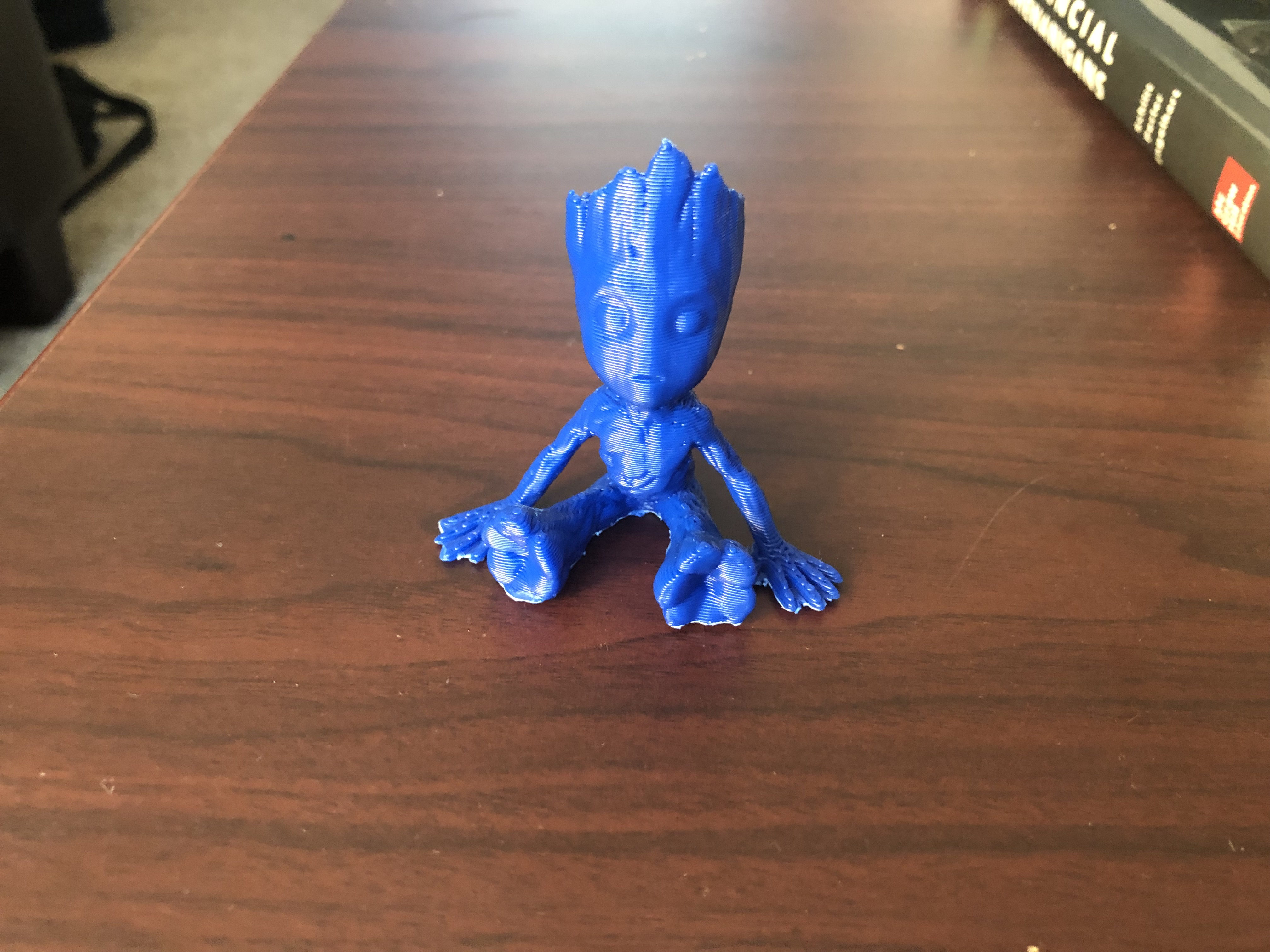 My first attempt during the class turned out to be a failure due to the printer dragging one of the hands off the board thus creating a pile up of printer filament. However, adding a base layer allowed for the print to be more stable and, as one can see, lead to a successful outcome. The supports used for the head were removed as well as the base and were surprisingly difficult to take off. Tools were needed because by the time I had made it over to the lab, it had already cooled and was almost stuck to the board. In the end, the tiny groot turned out to better than expected and was an overall successful print. 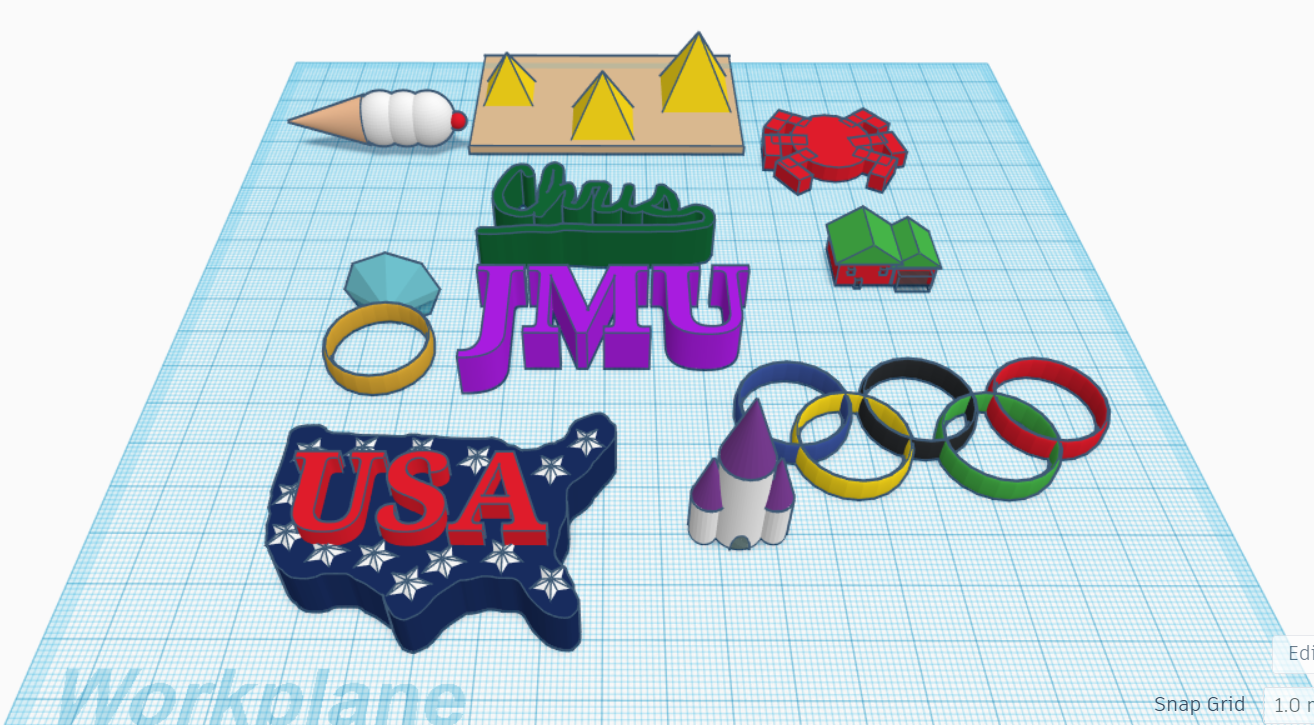 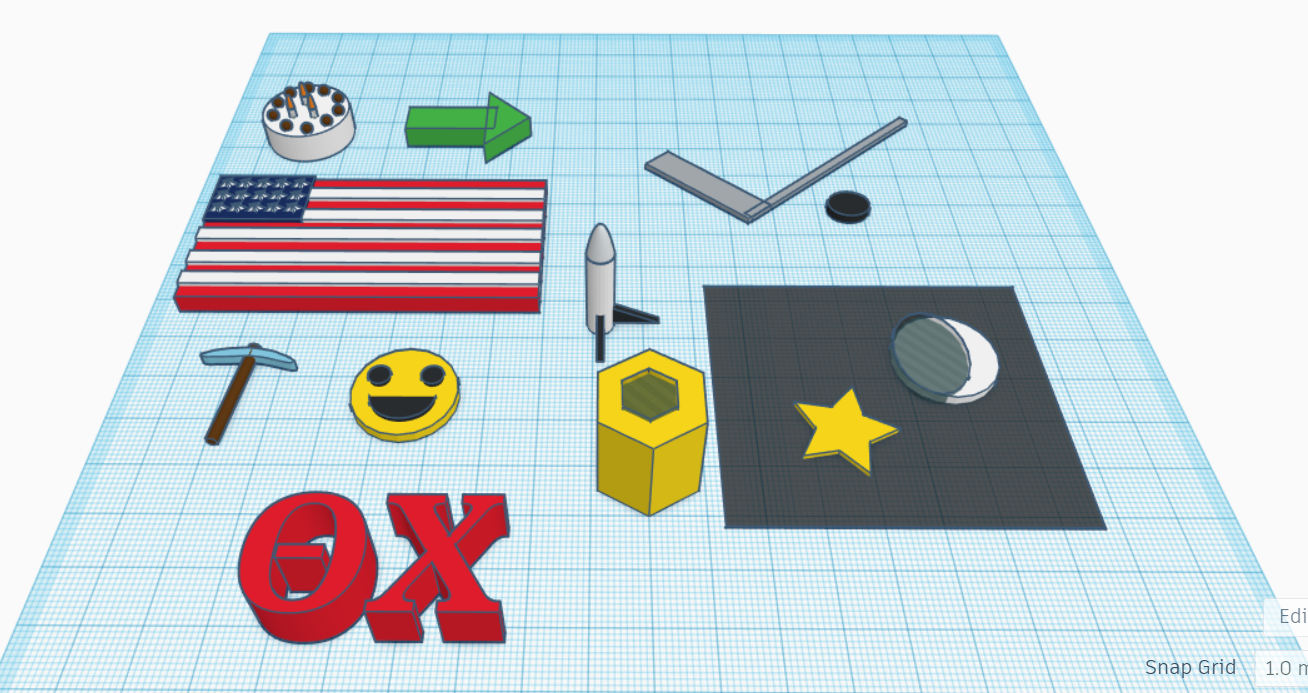 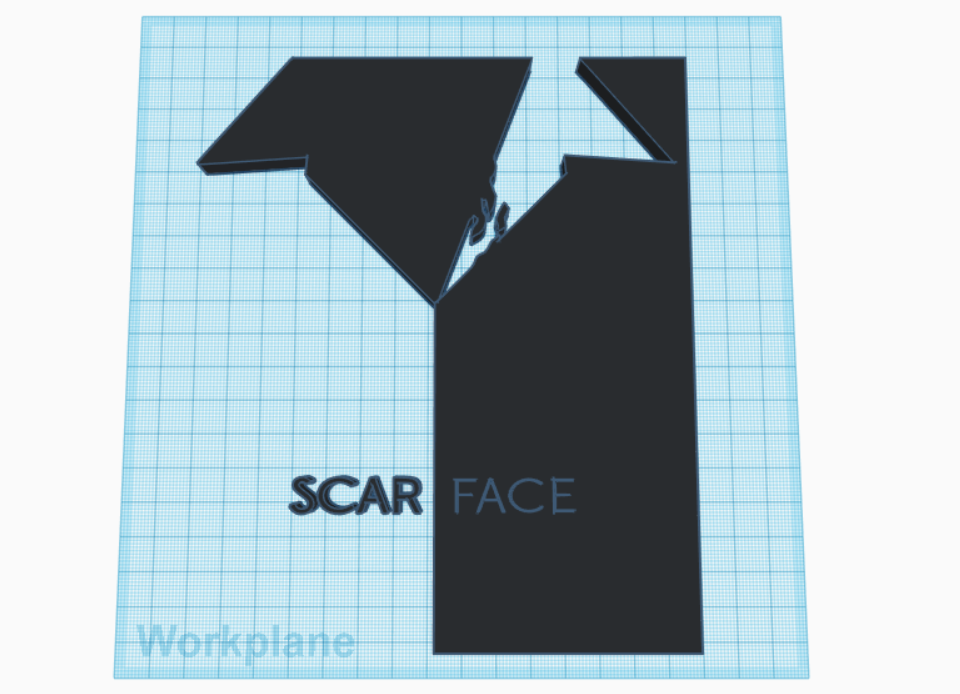 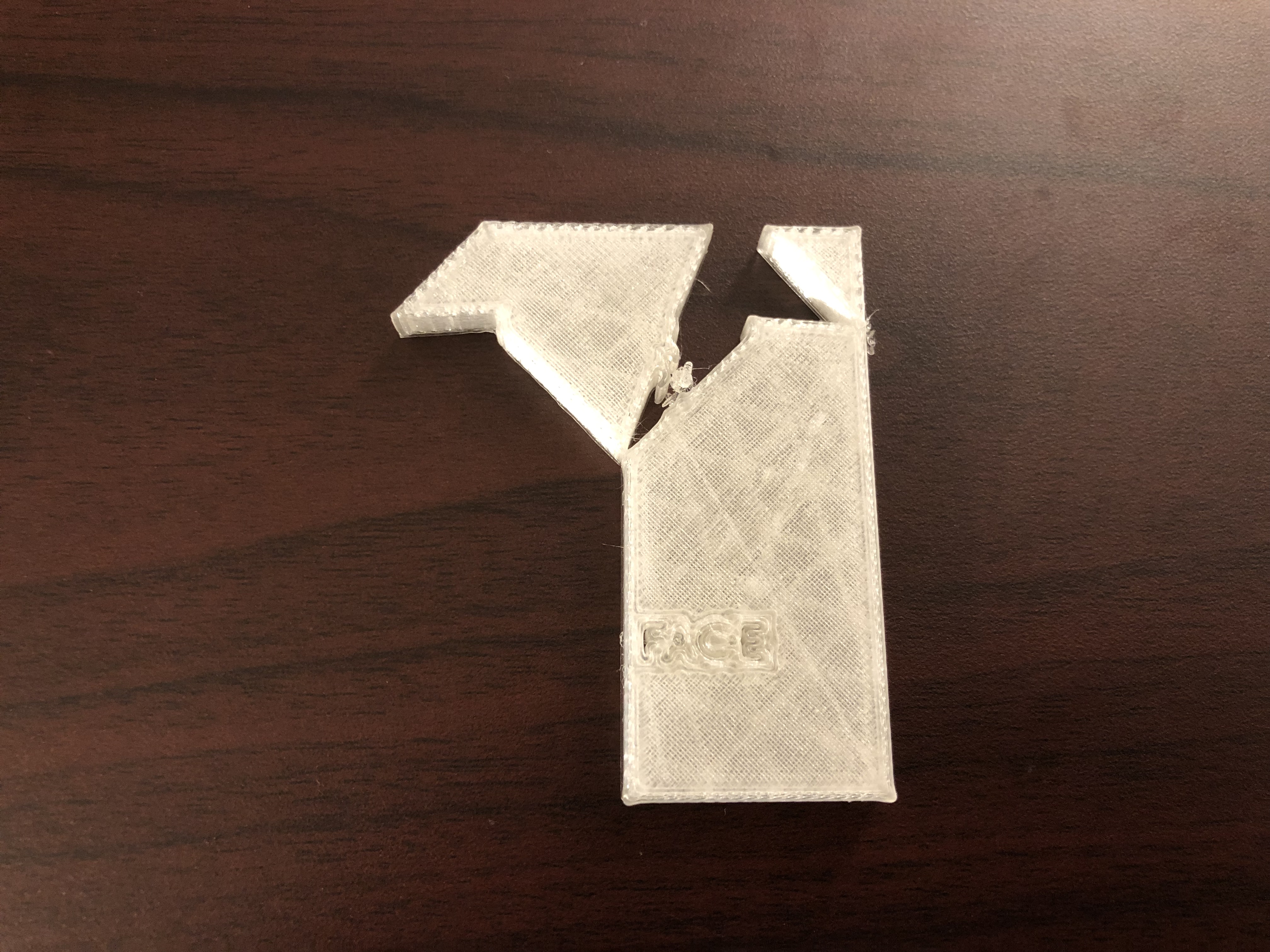 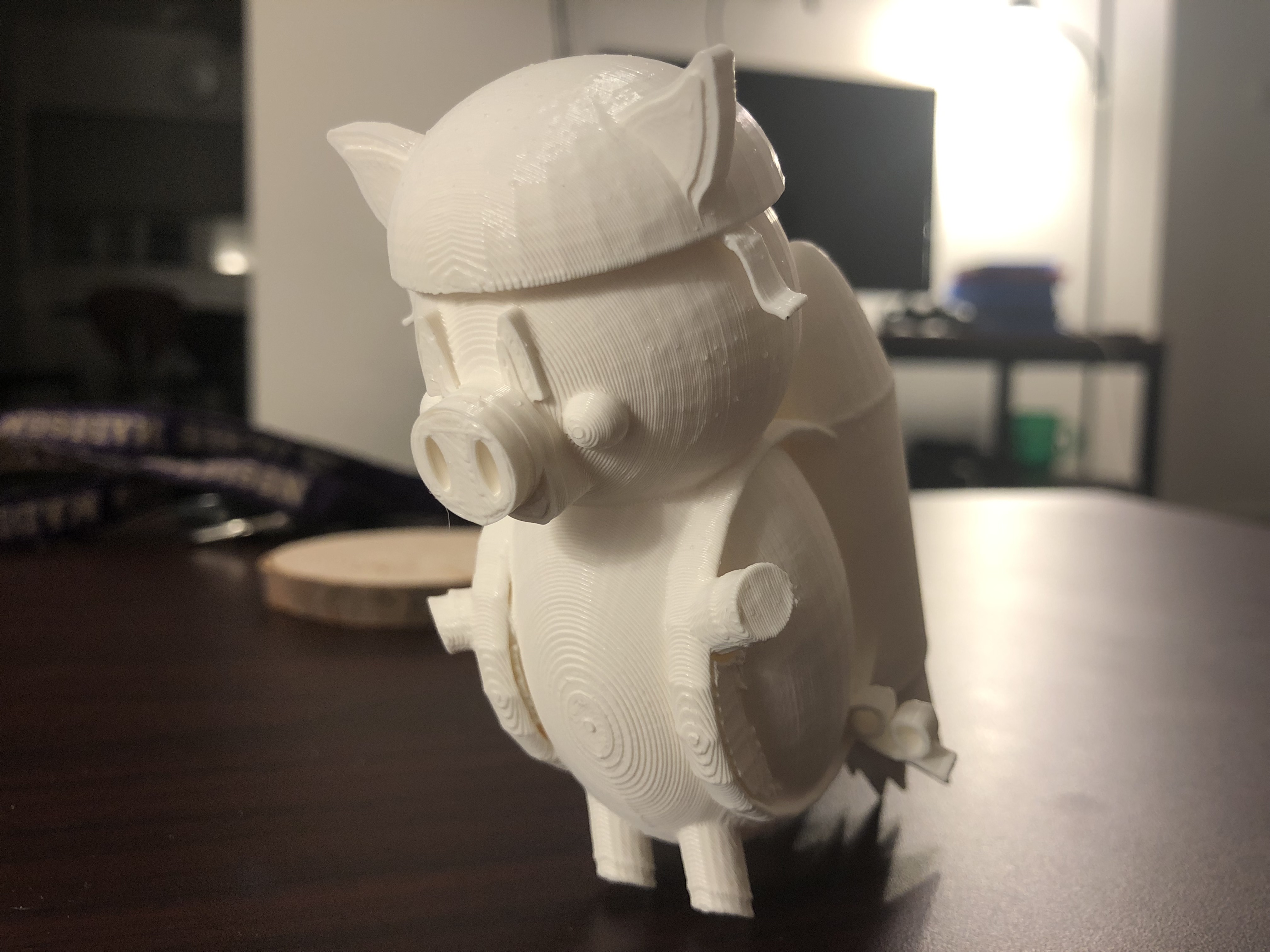 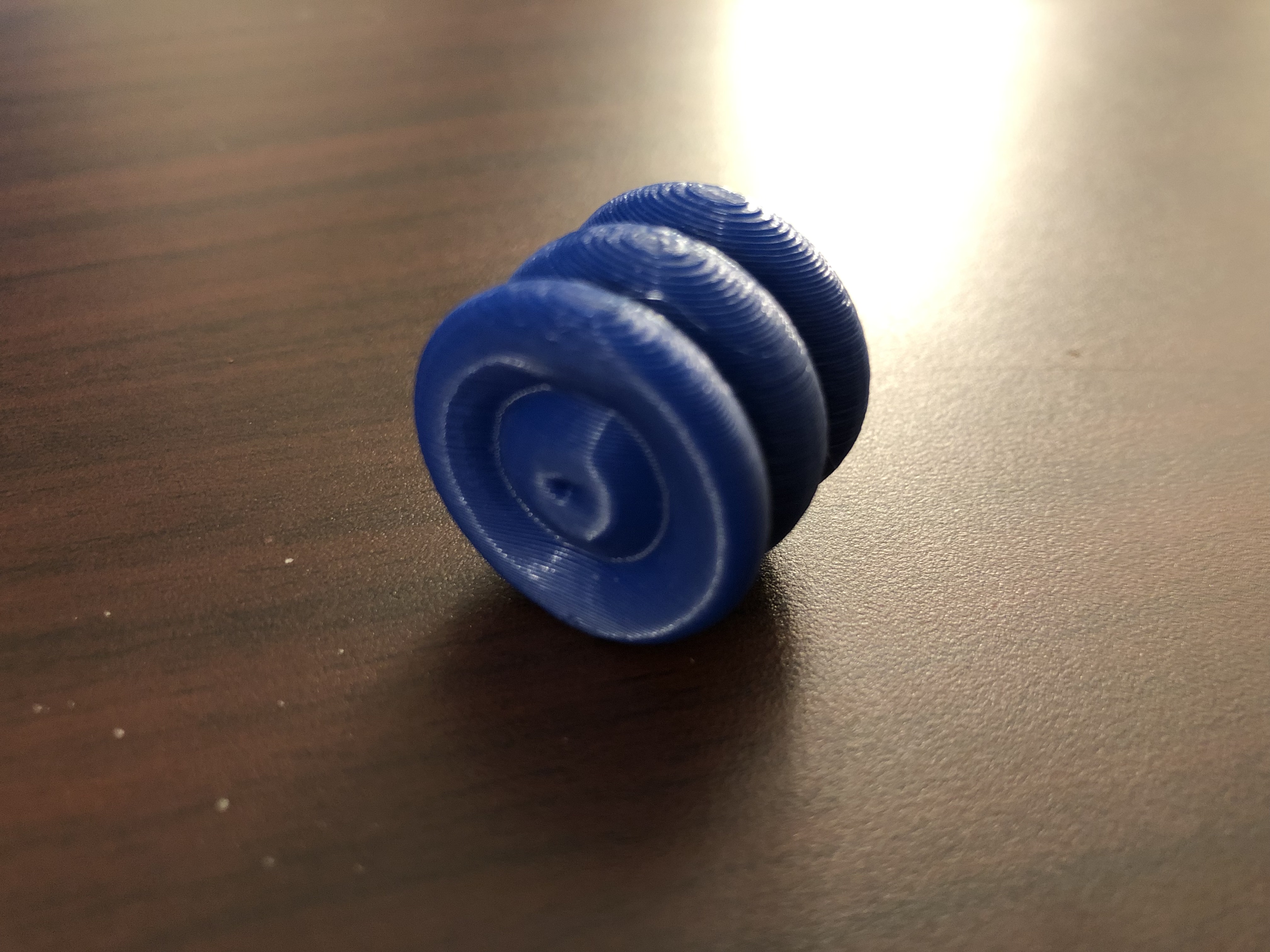 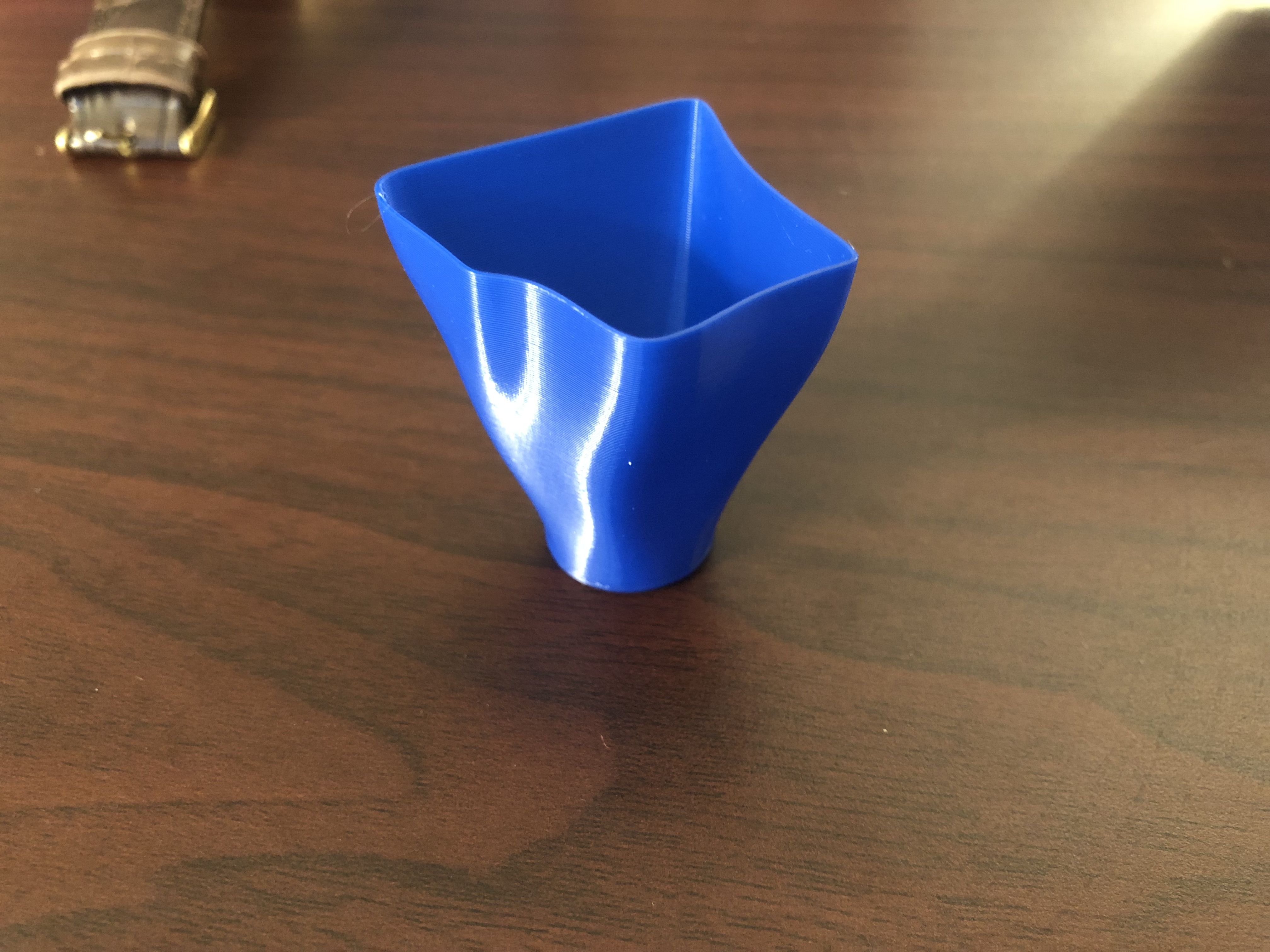 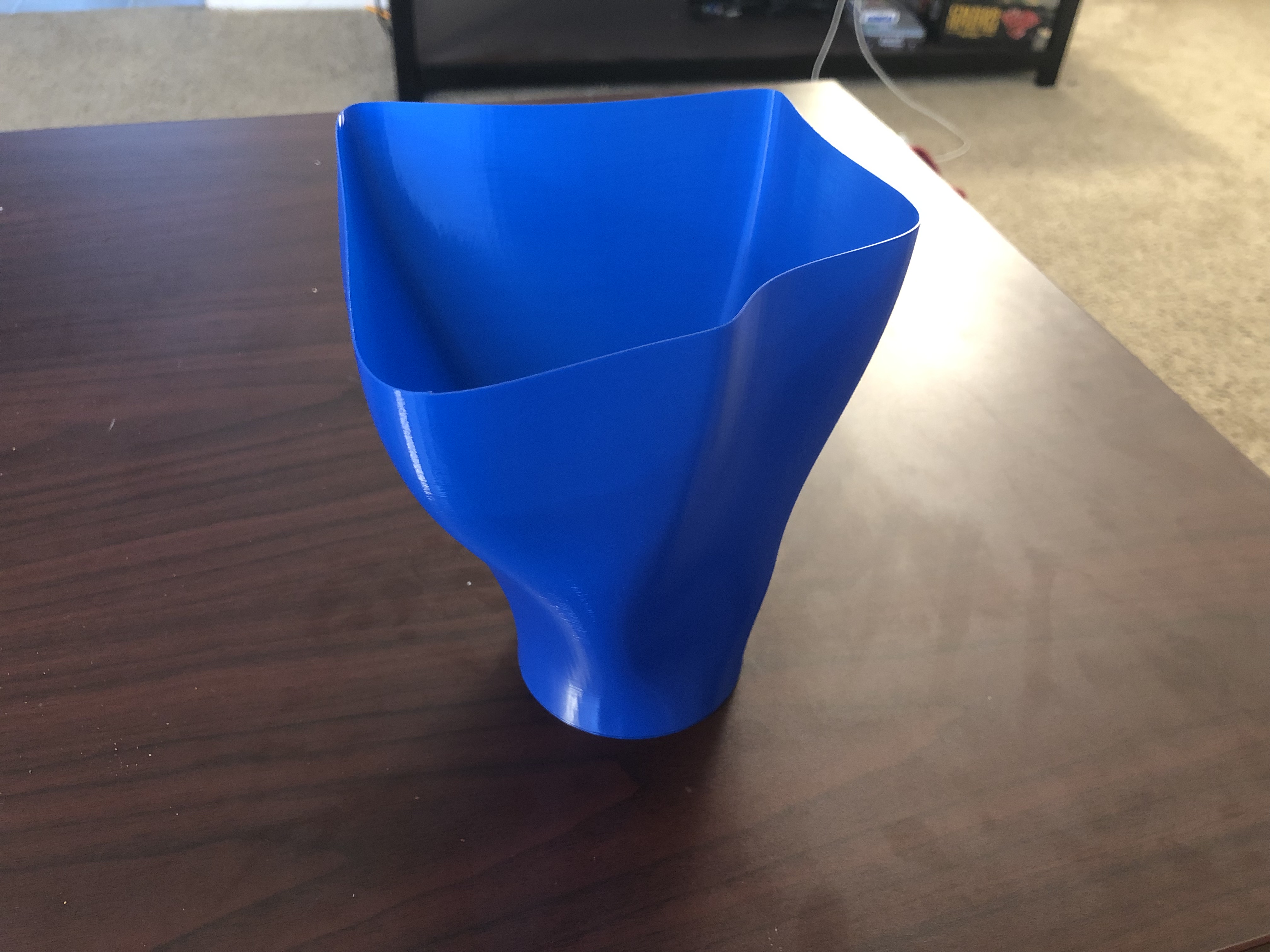 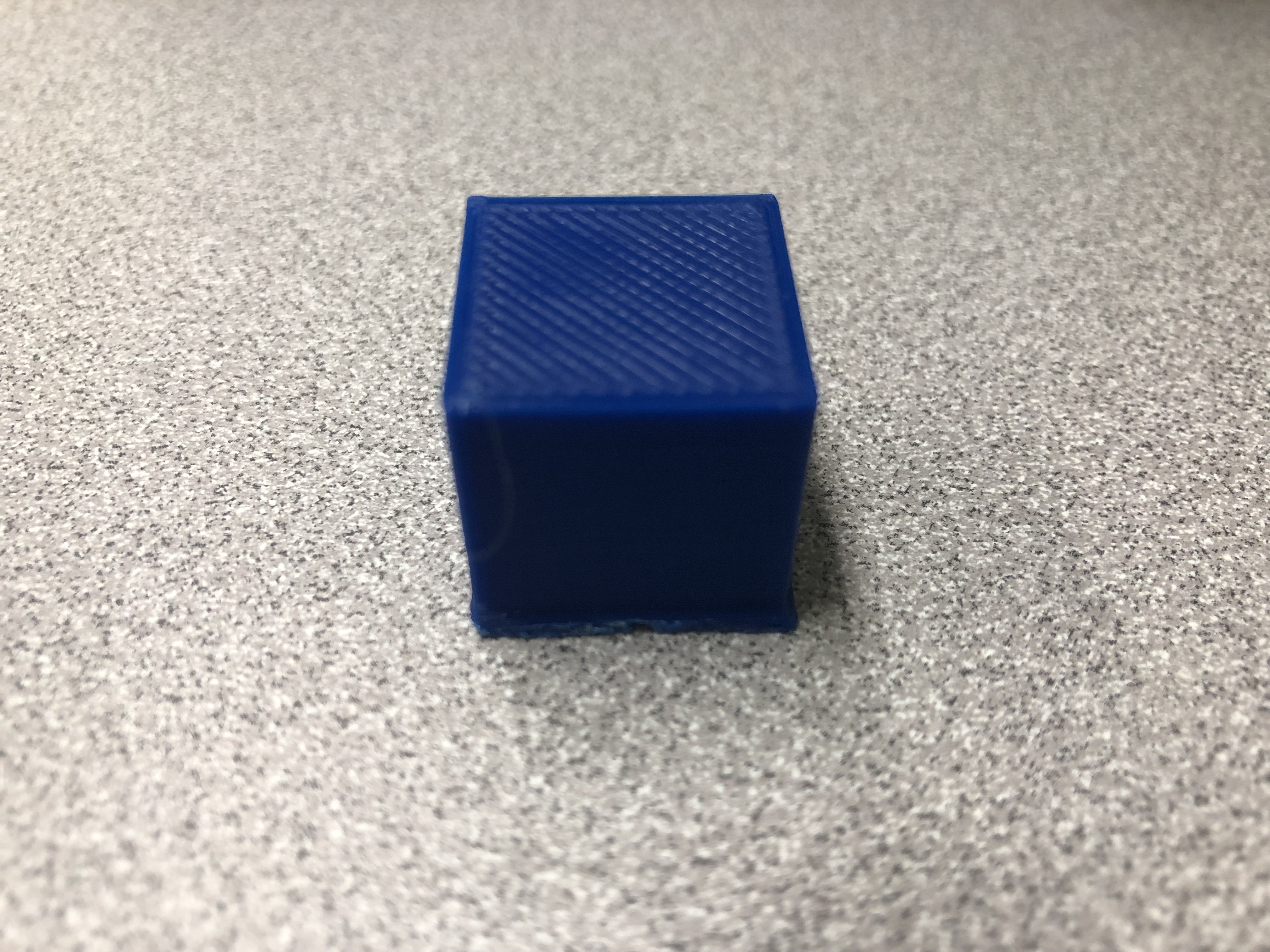 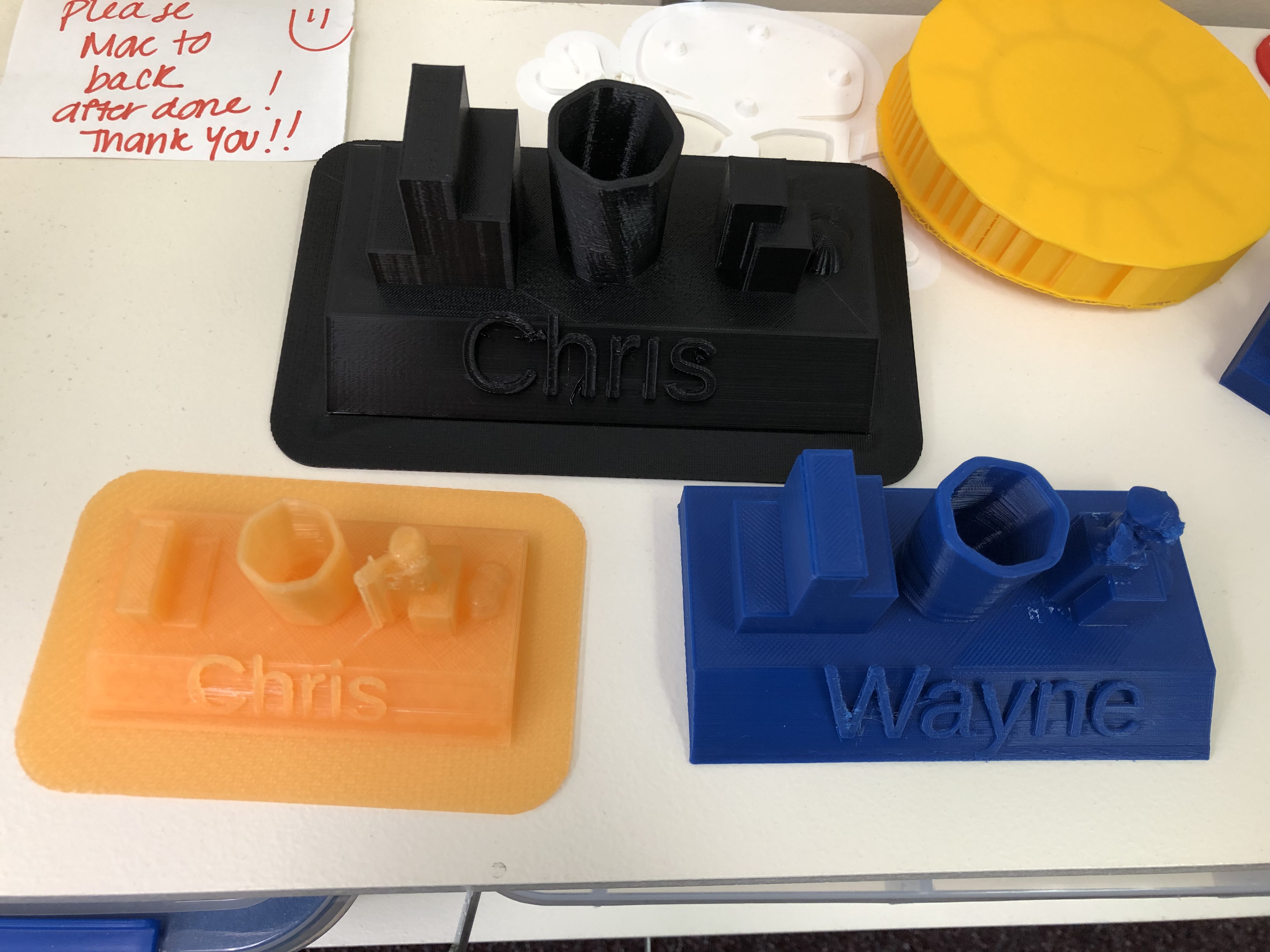