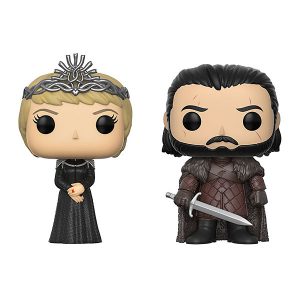 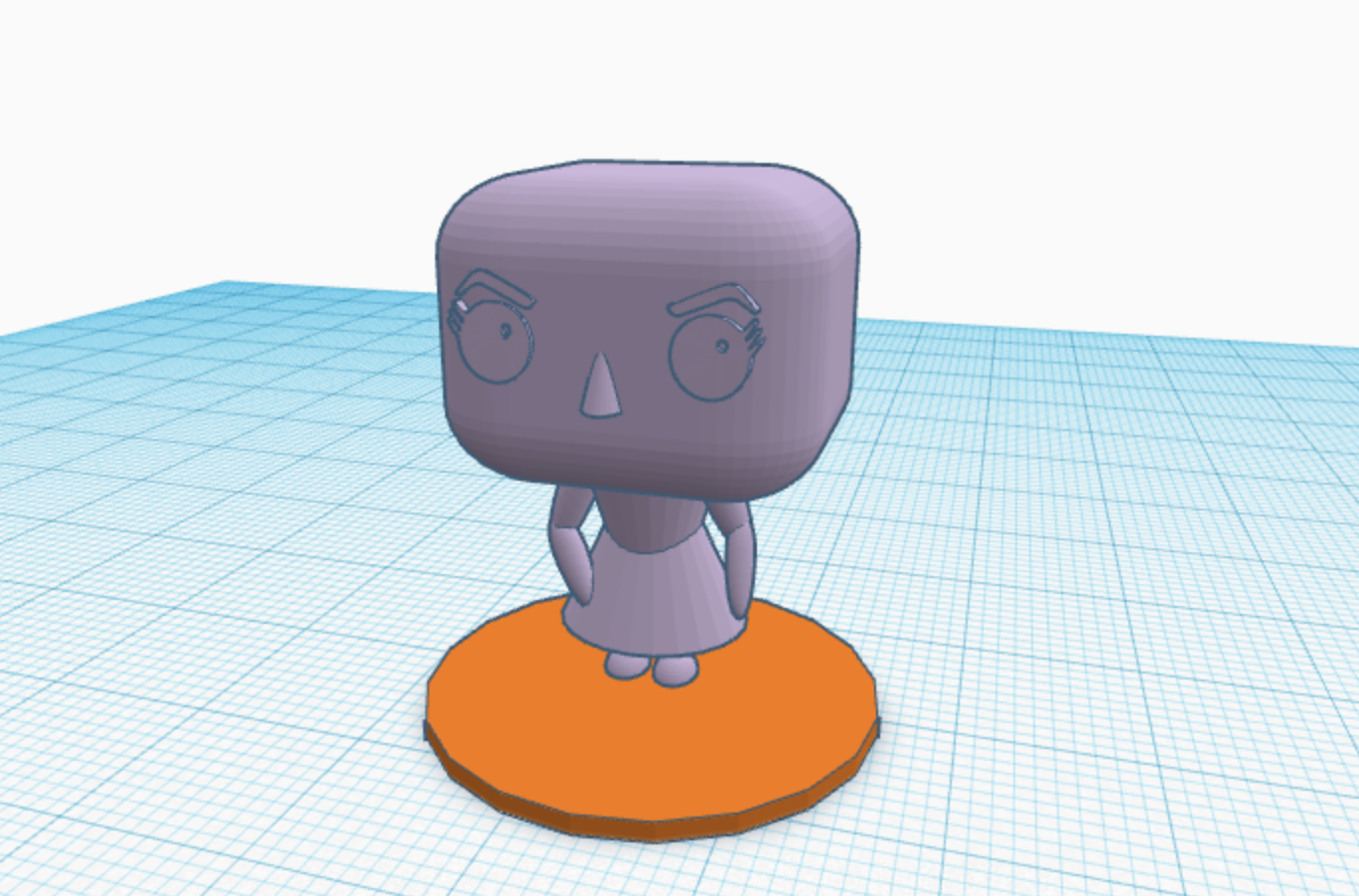 When we initially started designing the pop figure, we were concerned about making the head shape. We had to change our approach to making the head because we were making it way more complicated than it needed to be. Instead of trying to mend different shapes together, we just rounded out the corners of a rectangle and it came out the way we wanted it to. We also had to change the way we were making the body. We wanted to keep the artistic style of the pop figures, however, we had to change the way the body looked to conform to our limitations in Tinkercad. 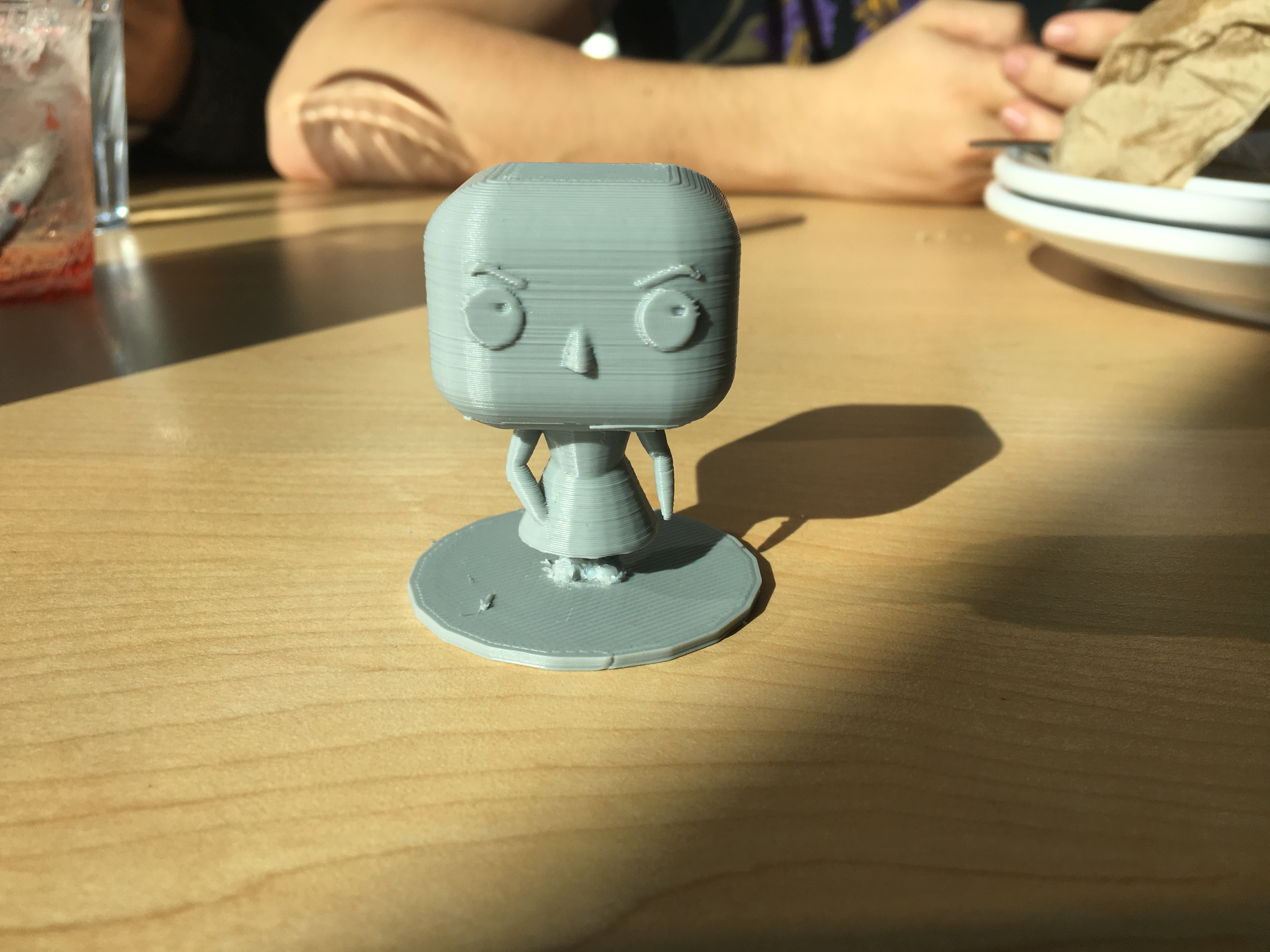 Our first draft print successfully printed except for the base broke off and we glued it back on. We learned that designing the pop figure is a lot more complicated than we thought, but we want to try and make it more realistic for the final print. The body needs changing and the fact that we need to add hair. As mentioned before, we want to try and make additions to the body and we want to figure out the best way to add hair to the pop figure. 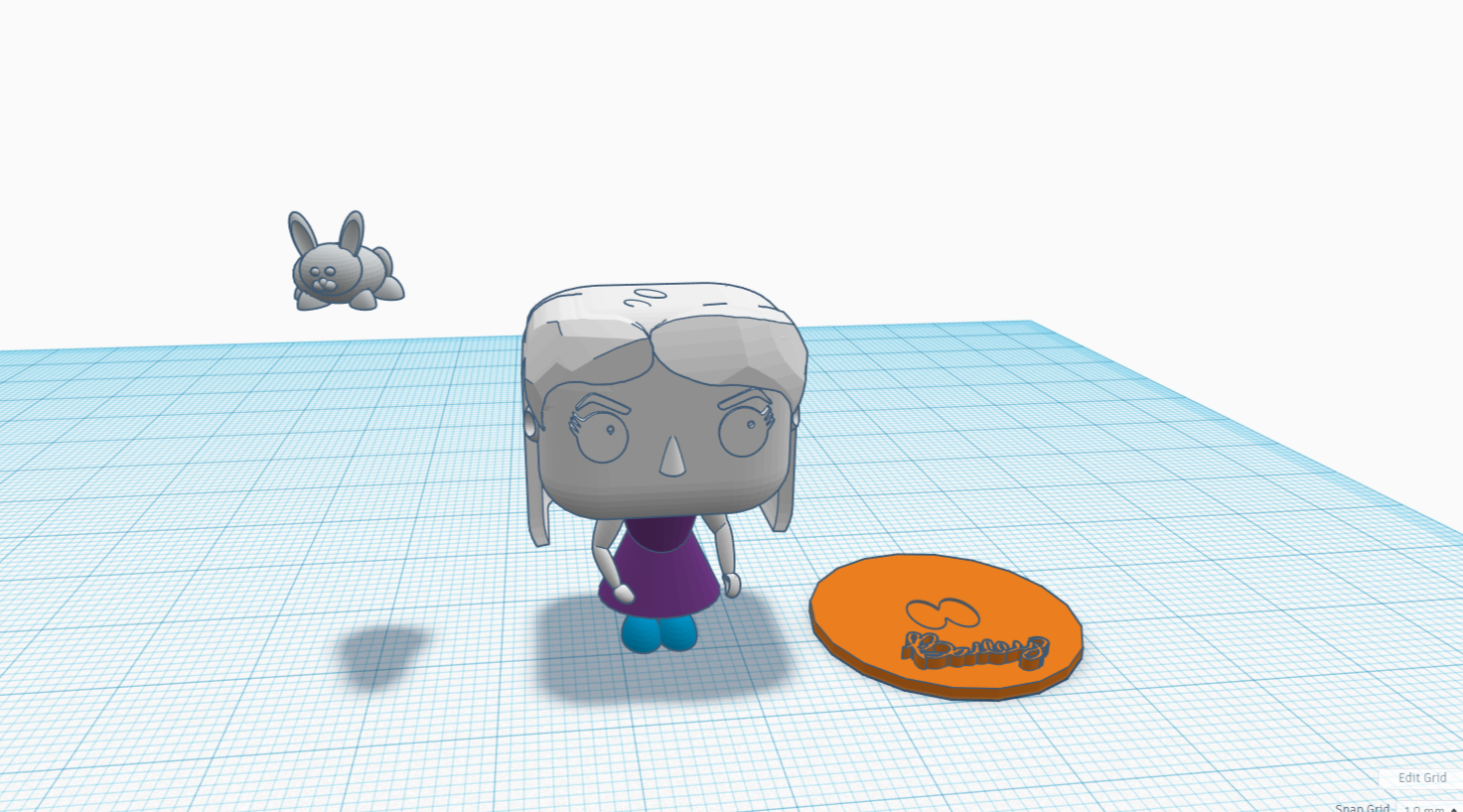 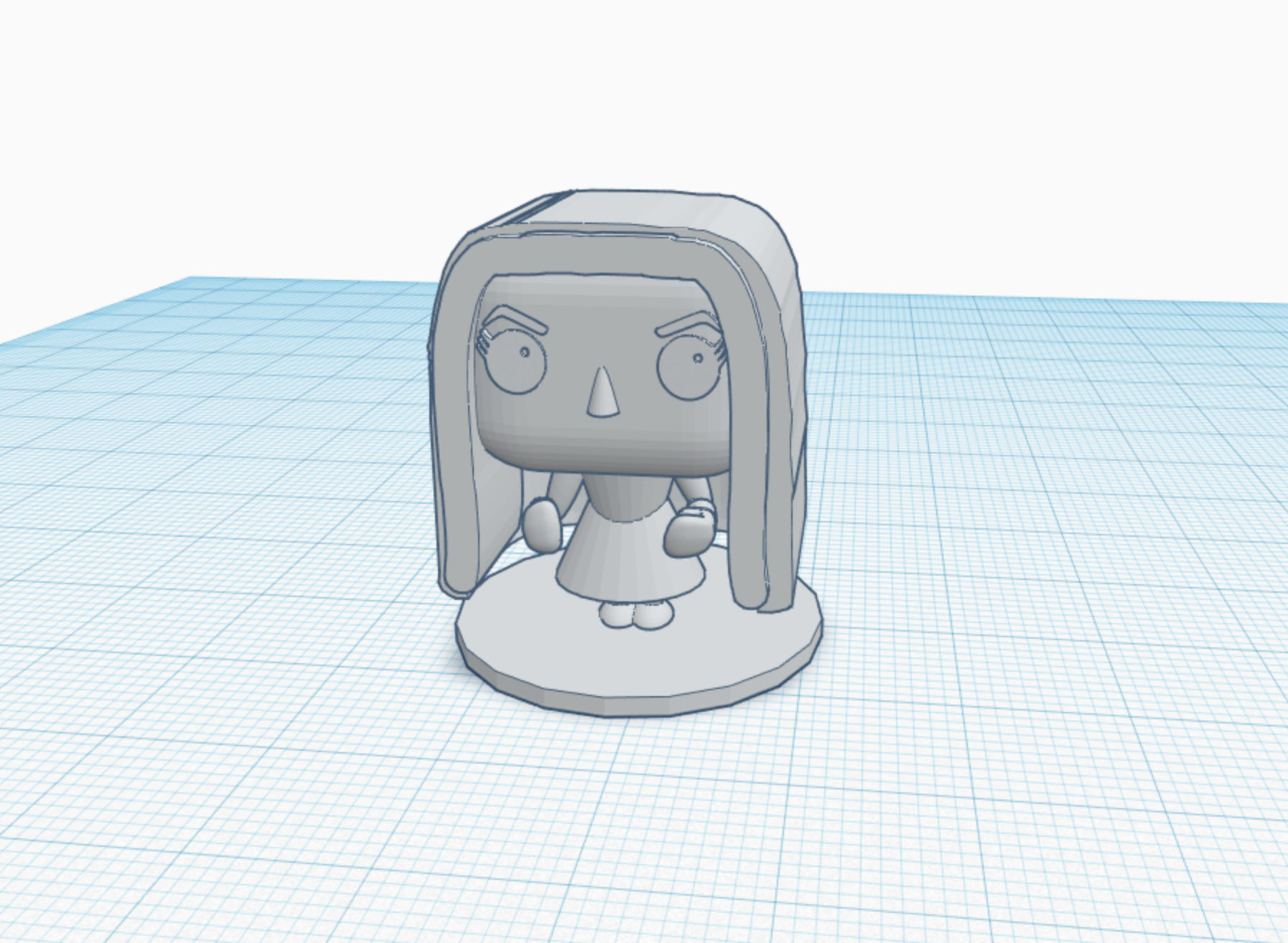 One thing we had to change about our design was the hair on our pop figure. We both used the scribble tool for the front portion in addition to the square shape Bailey used for the back of the hair on her figure. It was difficult because we had to use a rounded hole to attempt to style the hair. We also changed the personalization of each figure to each of our own beings. With the pop figure only printing one color, it can be hard to distinguish between them both. Bailey added a bunny on her figure to represent her pet bunny, Luna, as well as her signature. Maggie added boxing gloves on her figure because she does kickboxing as her extracurricular. 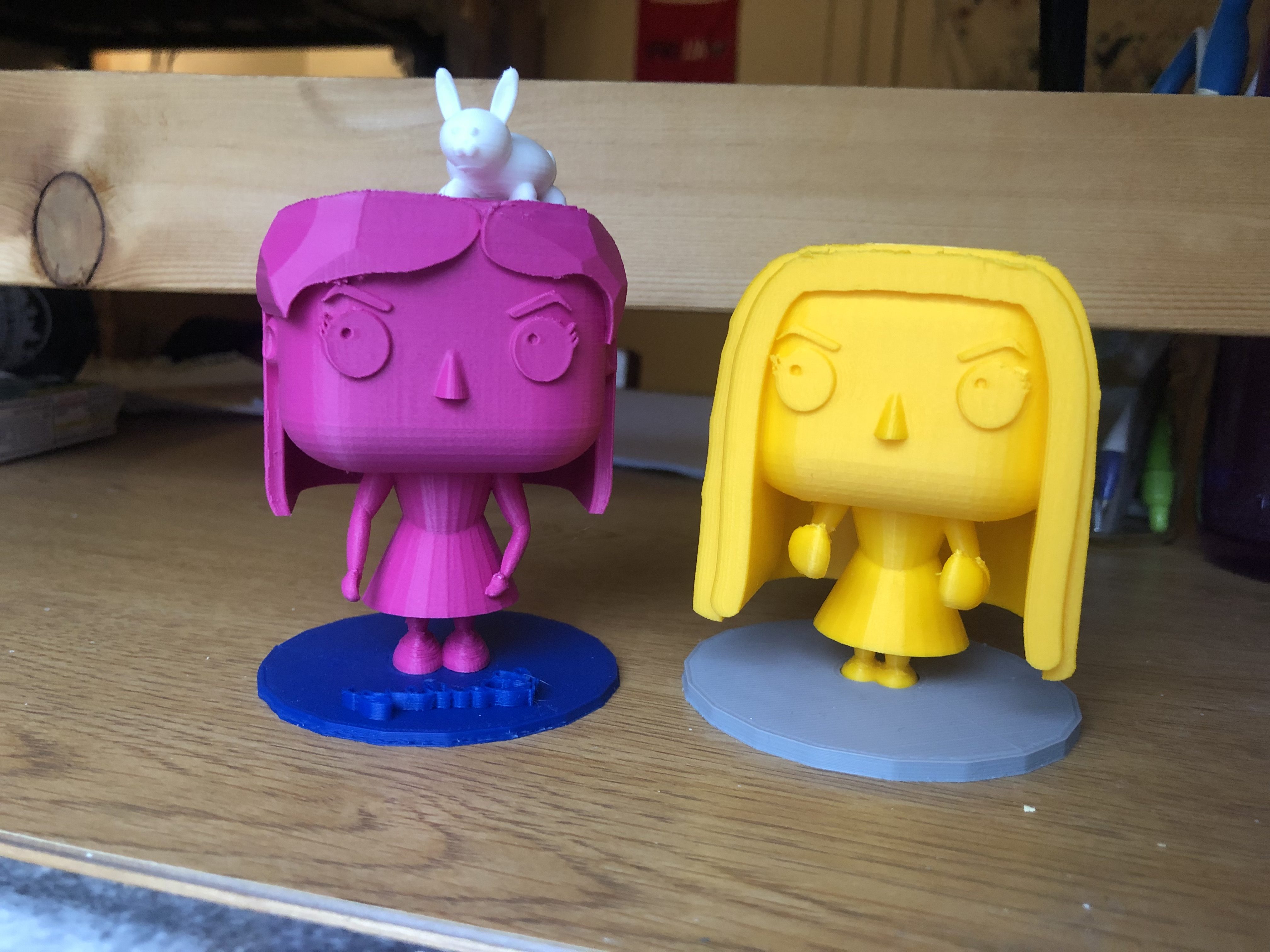 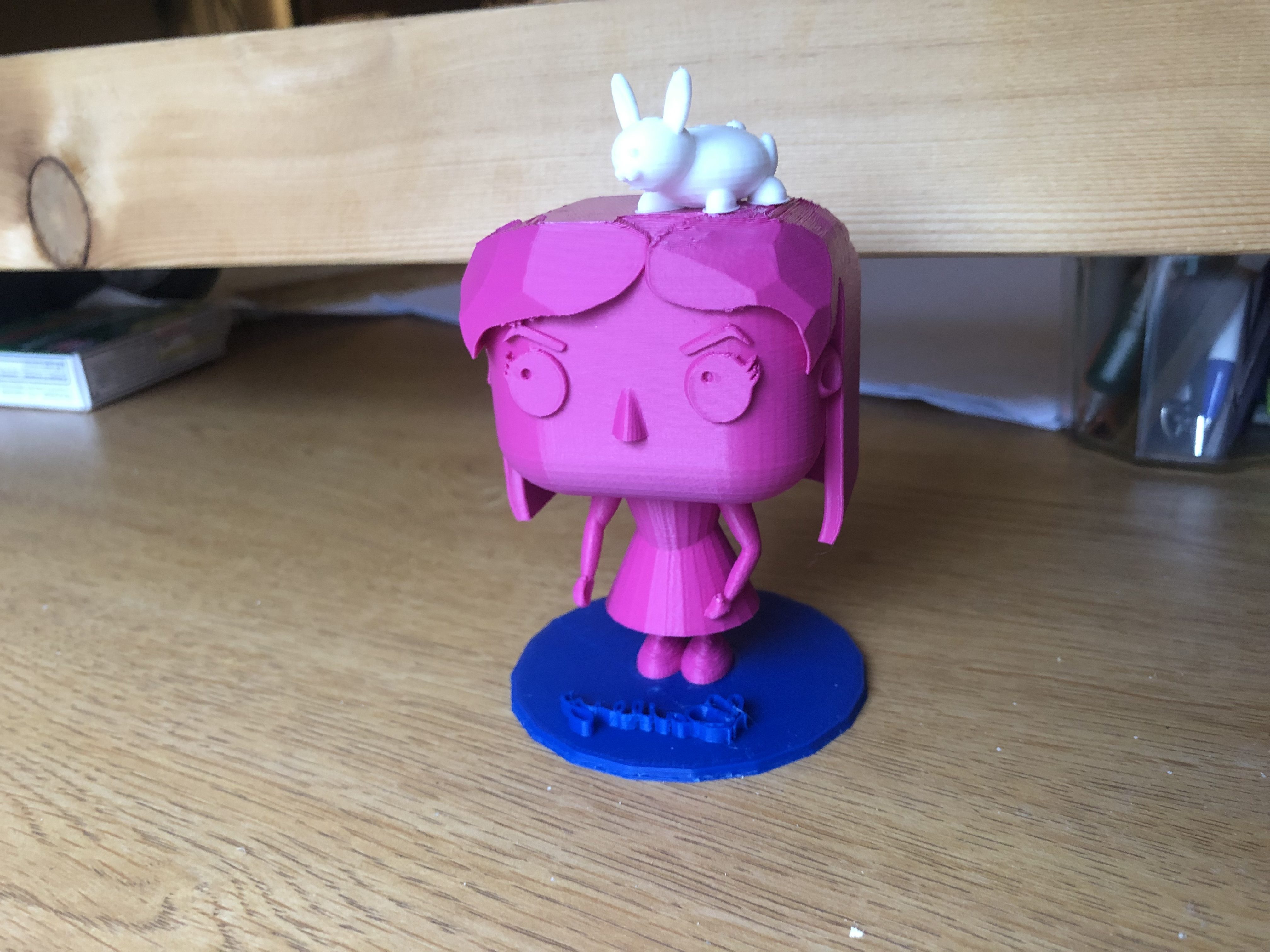 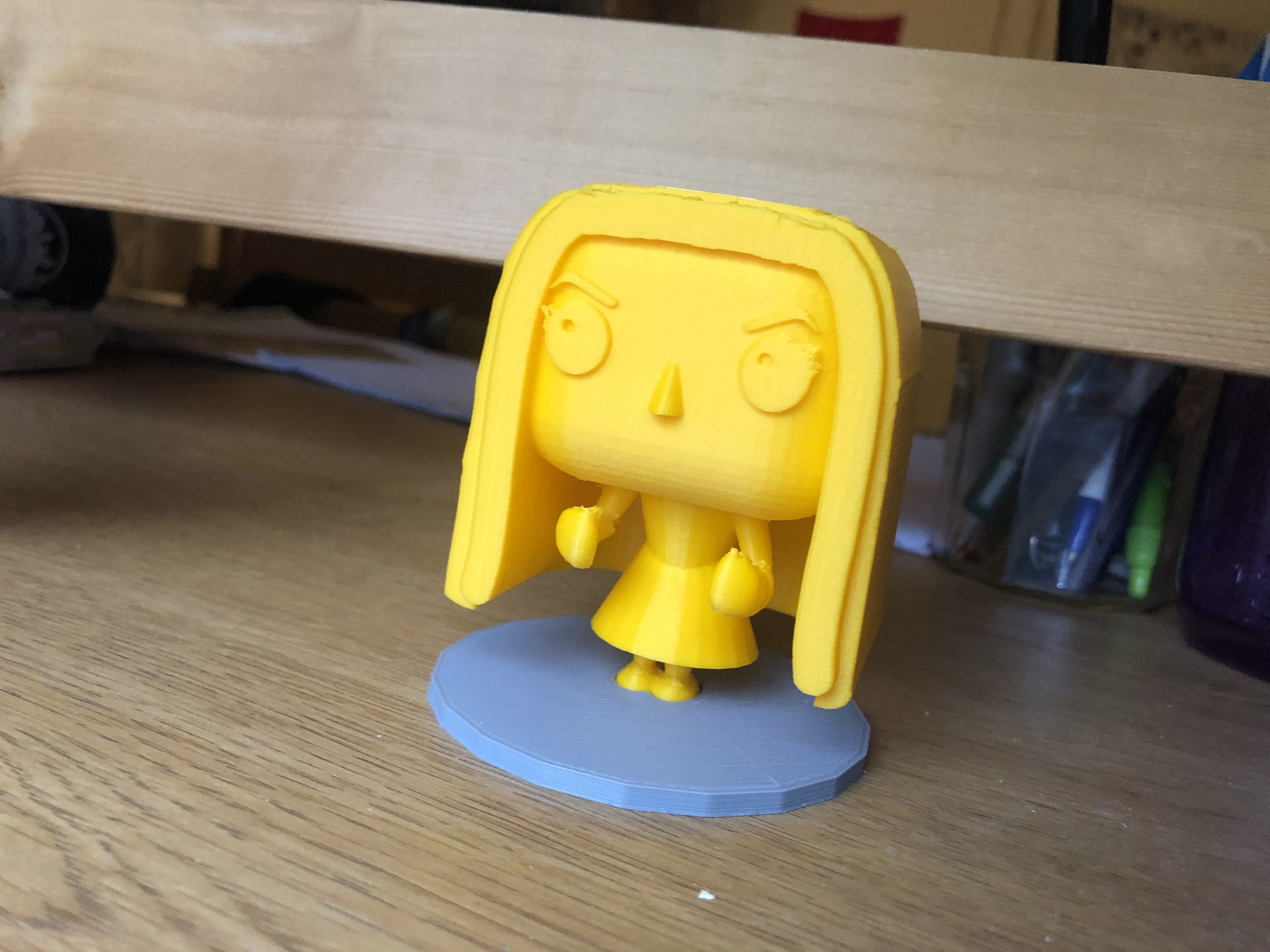 The final print printed very successfully. After the draft printed, we were confident the final draft would come out good as well. We scaled it up to 300% because the original print was very small and the legs were not well supported, so we wanted it bigger for additional support. We sized up the feet and made an indentation to glue them into the base so it would stand on its own well. We also printed the figure on upside on top of its head for additional support as well. Our design was a success because we were able to personalize our base figure the way we wanted to as well as printing it the best way possible. We don’t think we had any failures but we definitely can improve upon making the body of the figure look more realistic, but it was difficult due to limitations in Tinkercad.

Here it is on Thingiverse