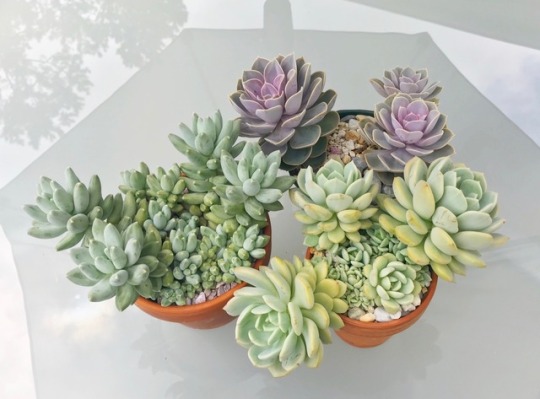 3D Model idea: We are planning on designing a two piece model: the plant which will sit in the pot.  We thought it would be interesting to play with the juxtaposition within content and material. The form itself is a replica of an organic, natural form, however it is created using technology and plastic.

We both have limited printing knowledge but both have a collection of plants that could help with the design portion of our print.

Our team will have to figure out how to successfully make a succulent print and find a way to securely fit into the pot print.  This will be learned through trial and error and maybe looking for inspiration on Thingiverse. Figuring out exactly how to create the forms themselves will be a way for us to become more familiar with tinkercad. With this being the first more elaborate piece that we design, we will gain a better understanding of how the 3D printer actually function and what its limitations are. 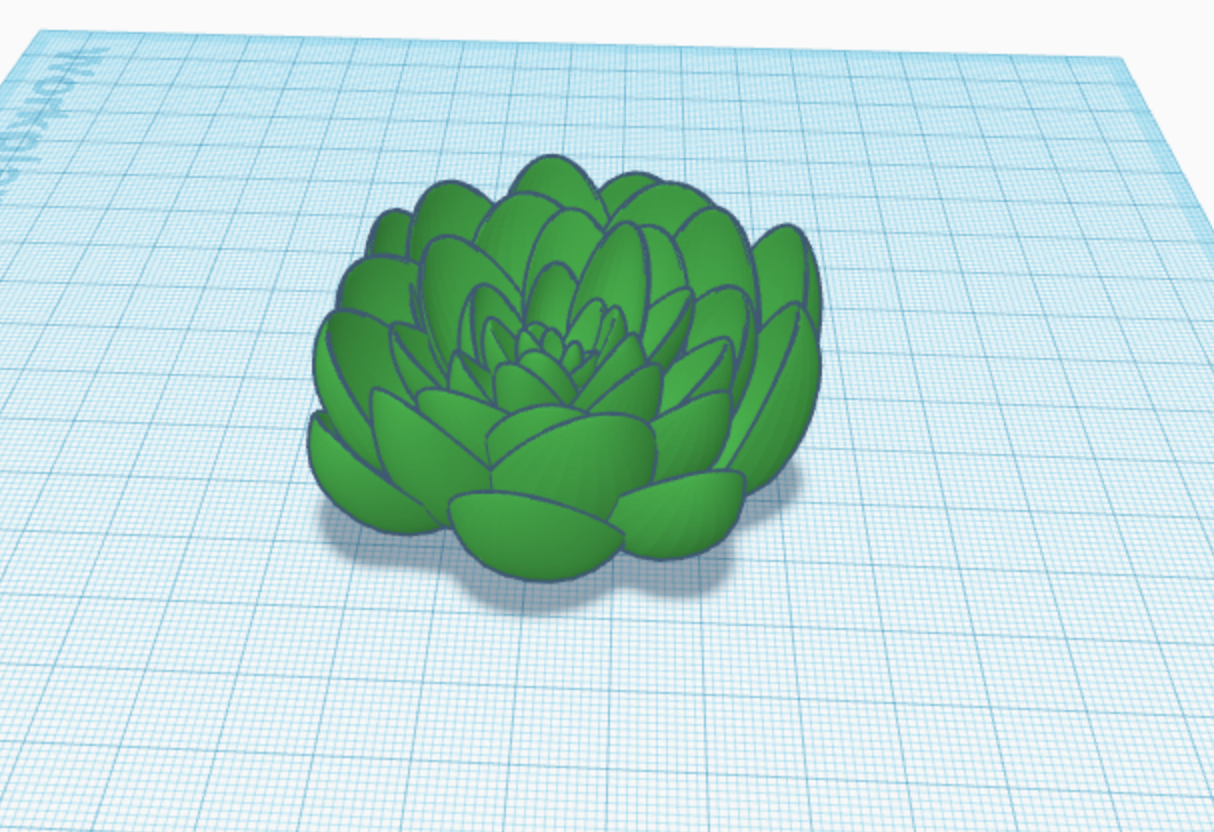 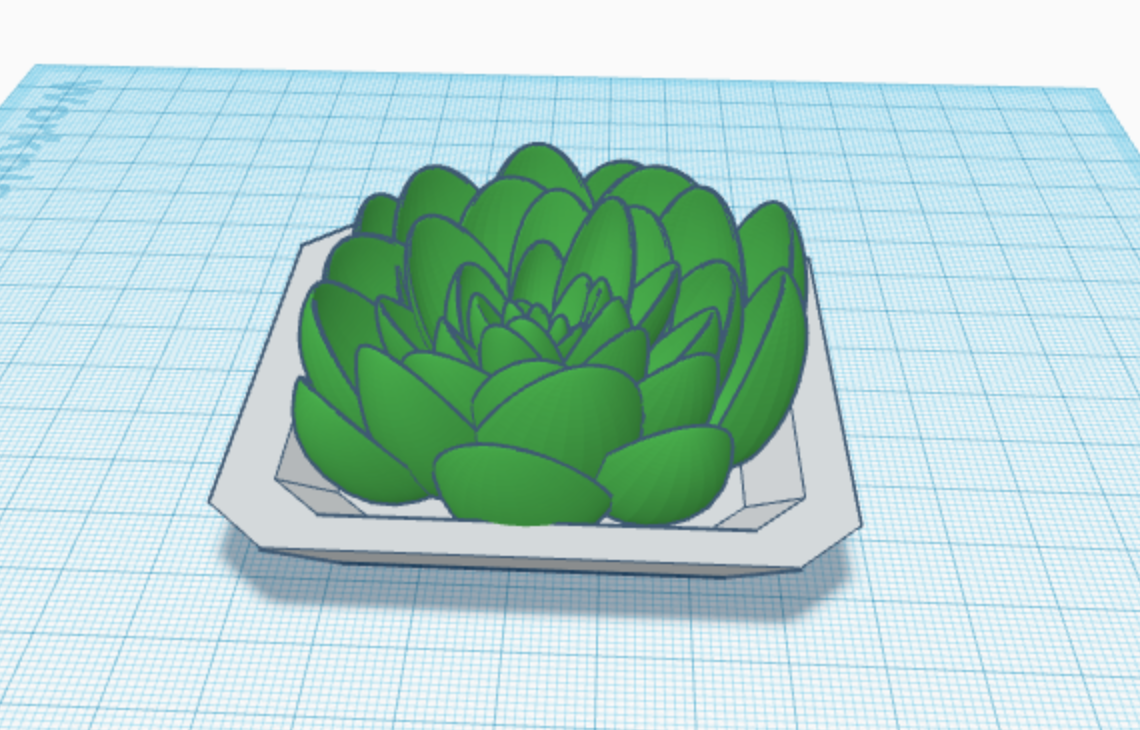 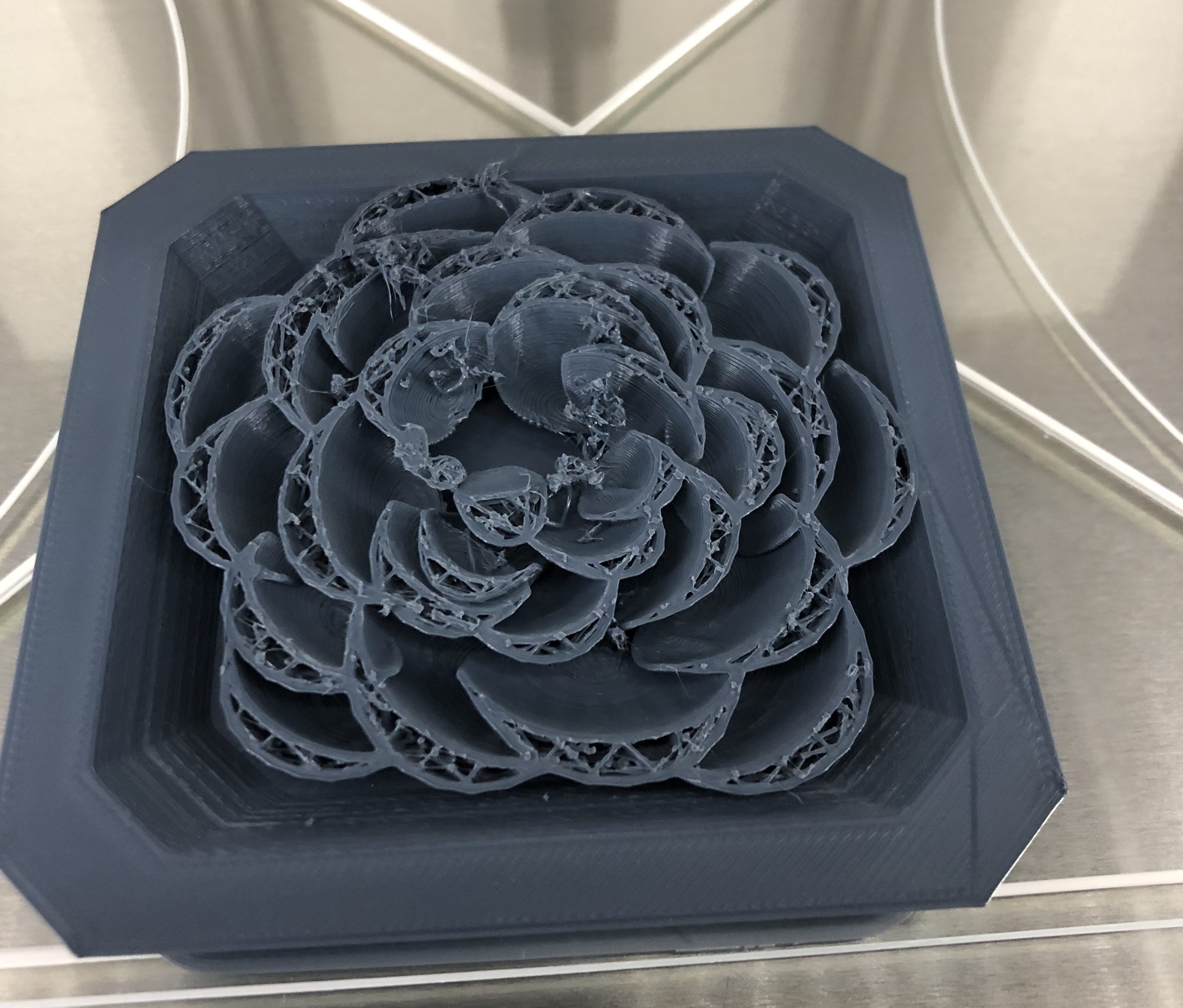 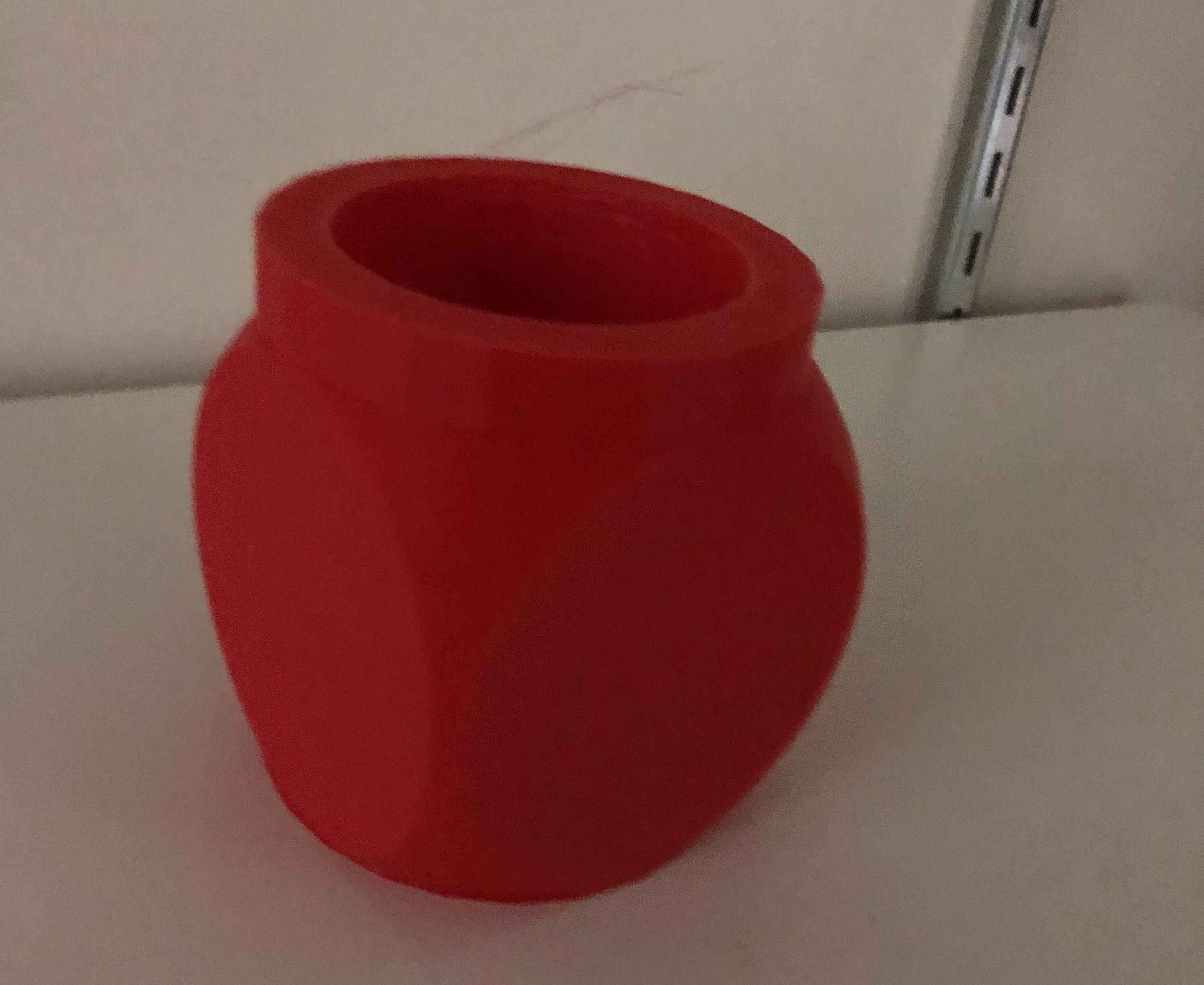 At first when we attempted to print the succulent it failed the first 2 times. So we had to add in another piece for it to sit on while printing the succulent so the melted plastic would actually stick to the glass in the printer.  This piece can be removed for the final print when we assemble the final product.

As shown in the picture, our succulent did not fully print.  We will have to figure out if it was stopped early or if an error occurred in our design. 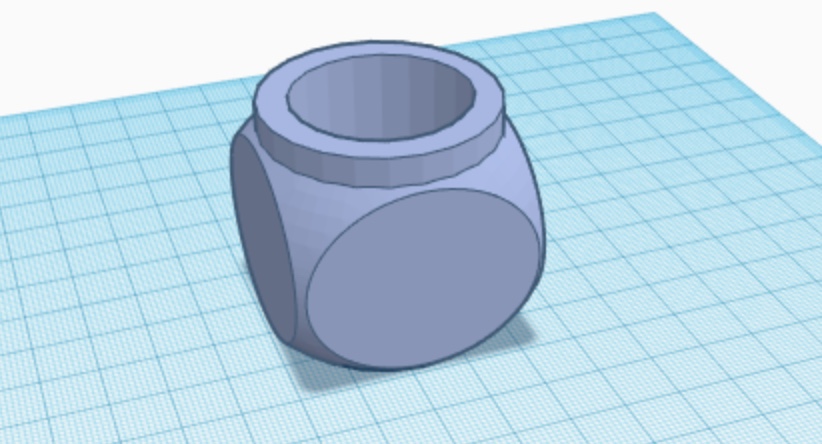 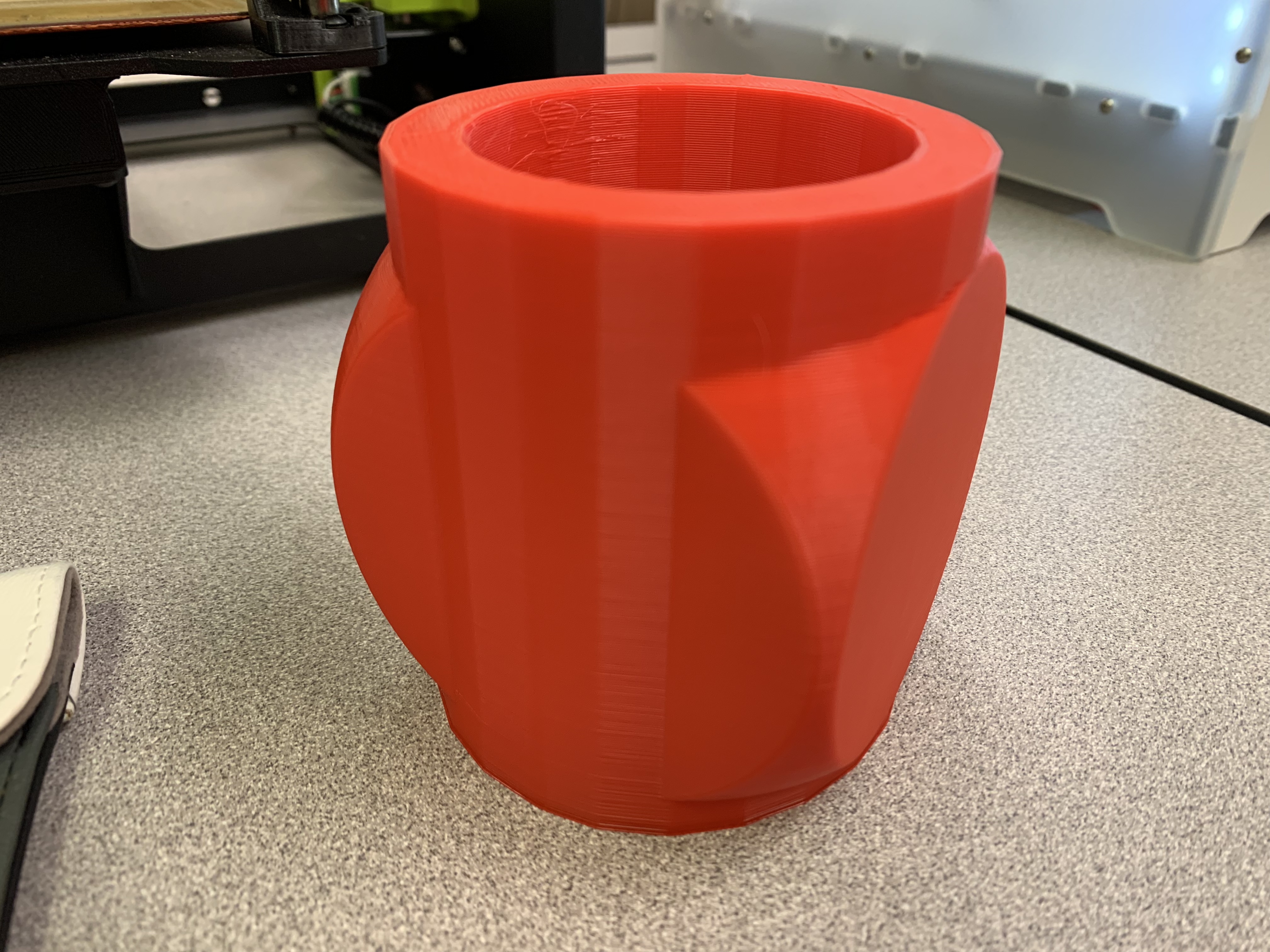 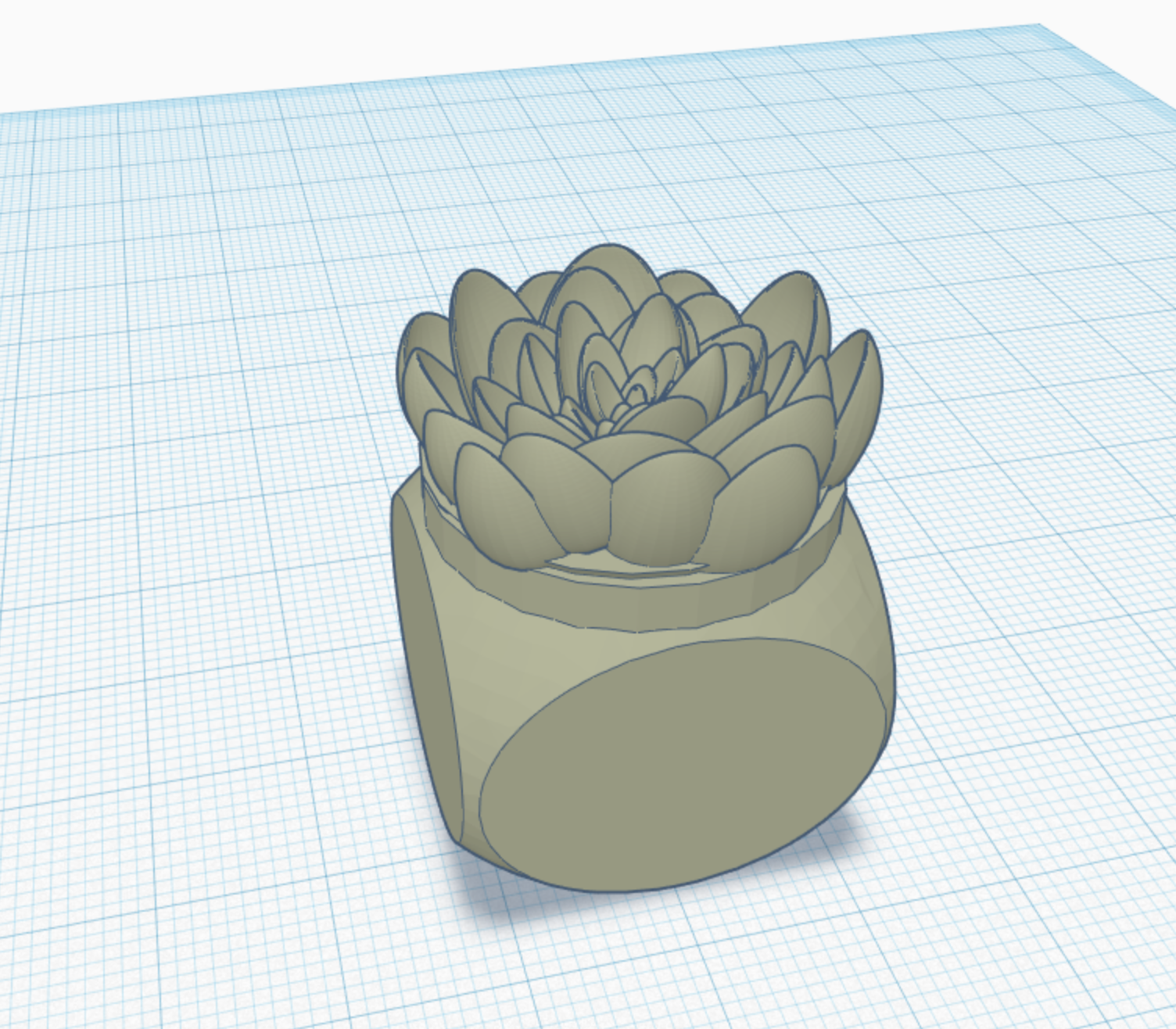 We had to fix part of our vase design because the ring (lip of the vase) protruded out on one side.  We also changed our design so the succulent would print directly into the pot with a platform that fits snug to the inside of the container. Hopefully this will eliminate any printing errors with the succulent and avoid issues when we try to fit the two final pieces together. 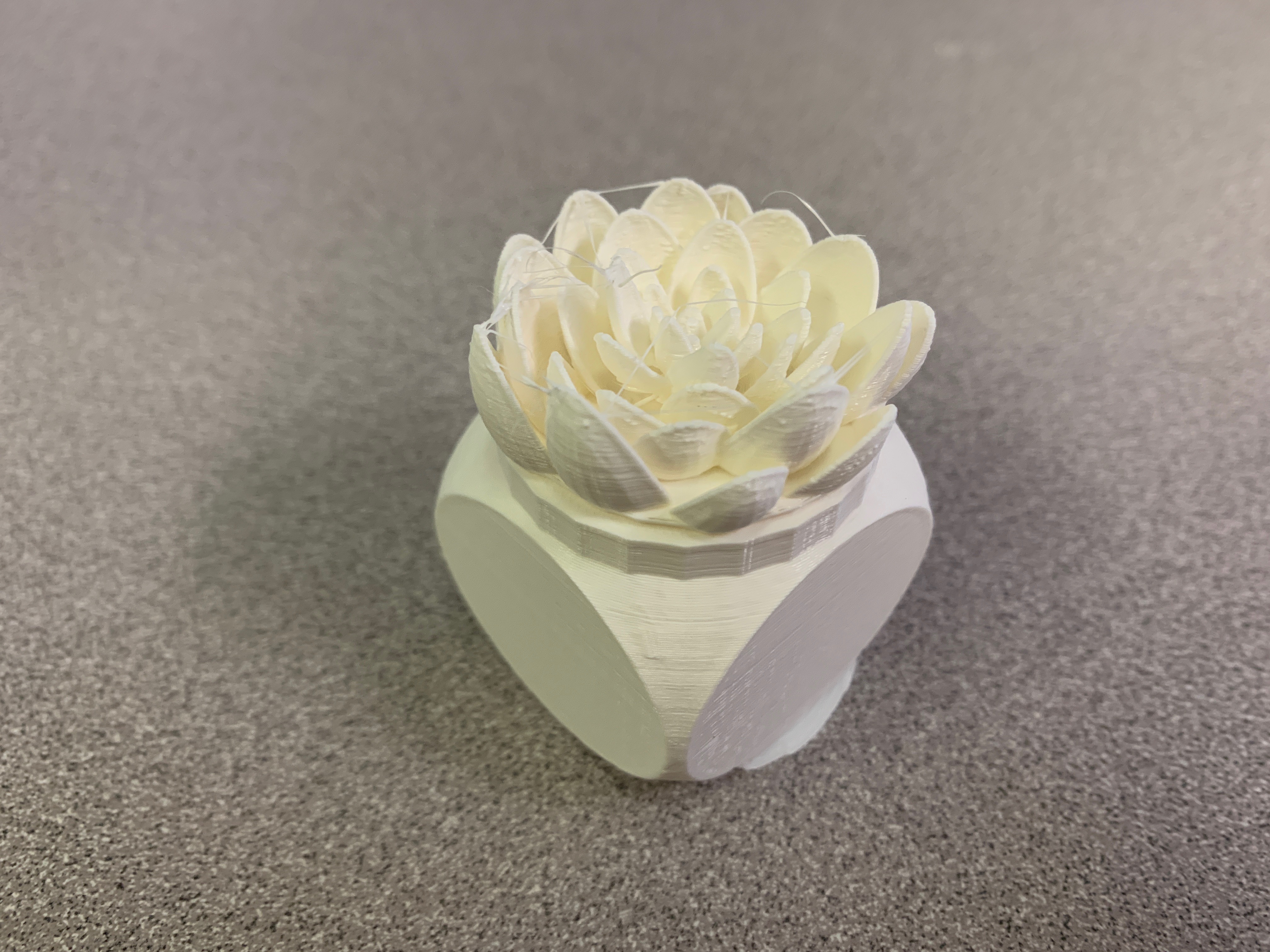 We thought our succulent came out really well!  There was a lot of detail that went into the plant portion that we thought could have been a problem during the print, but after a few design adjustments it was successful.

However, the center of our succulent was not as secure as we would have wanted it to be.