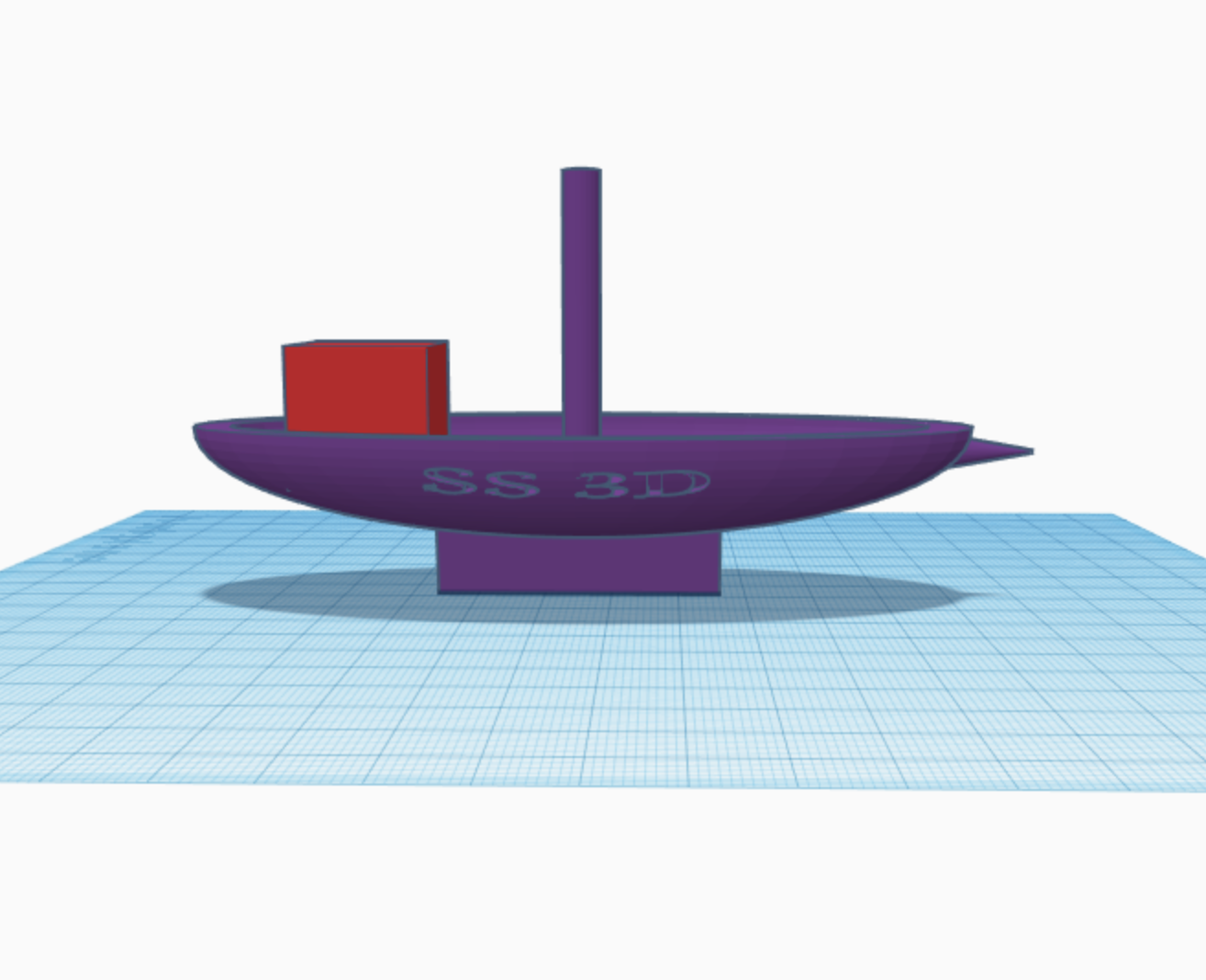 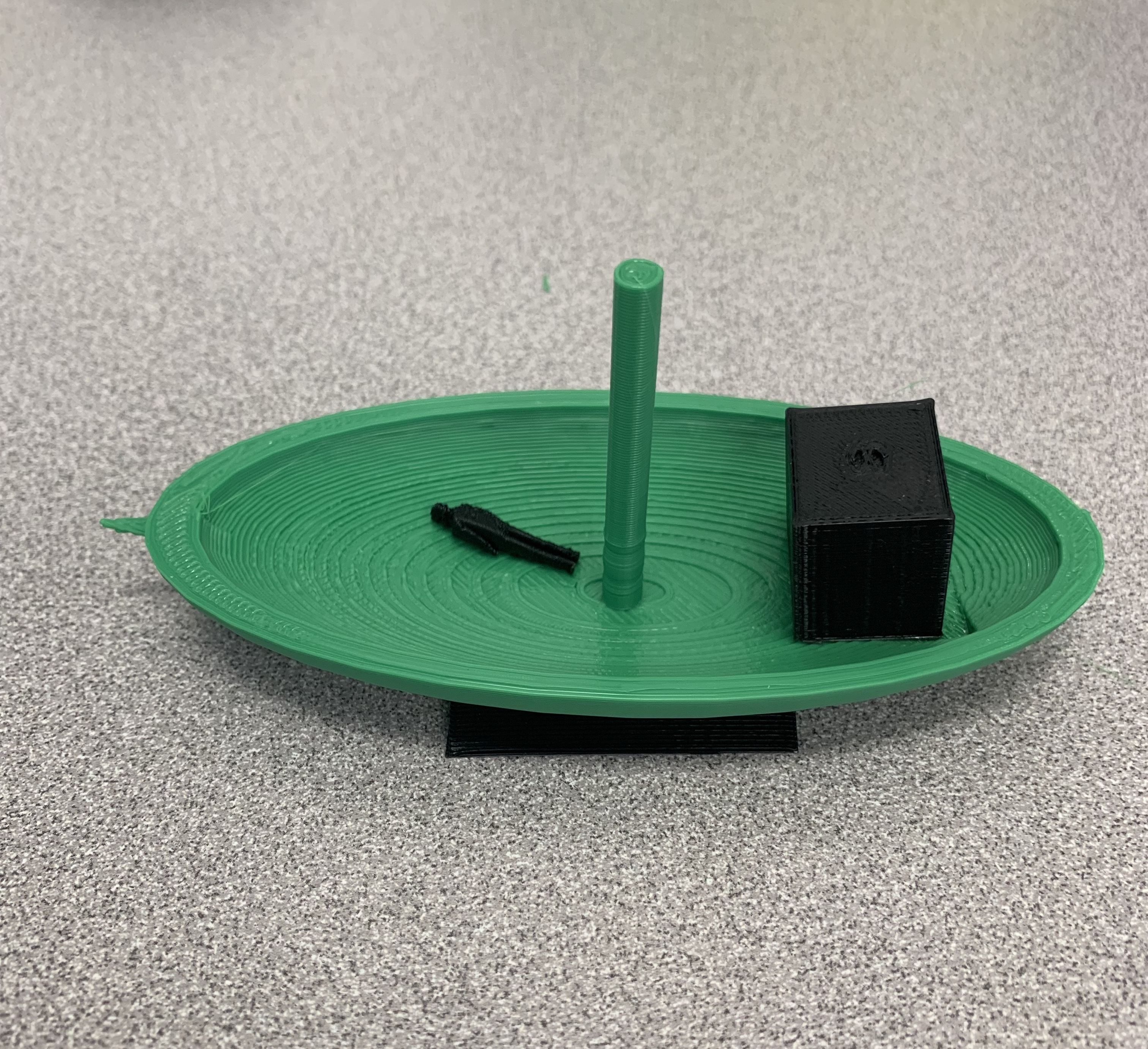 Our first print was a failure for a few reasons.  First, our black pieces did not fit into the slots in the green hull as we initially planned.  Secondly, the captain of the ship did not slide into the footprints designated for the person on top of the black box.  Lastly, the “SS 3D” ship name did not print into the hull as a whole as we anticipated.

We will need to make the pieces a little wider and adjust depth of holes so the pieces have more room to slide in.  We learned that our design in Tinkercad will have to include deeper slots for the pieces to fit in and that the details we are including are very small so that is reason the printer is having trouble being so precise and detailed during print.

The main thing we need to fix overall is the sizing for the pieces to fit together more snug. 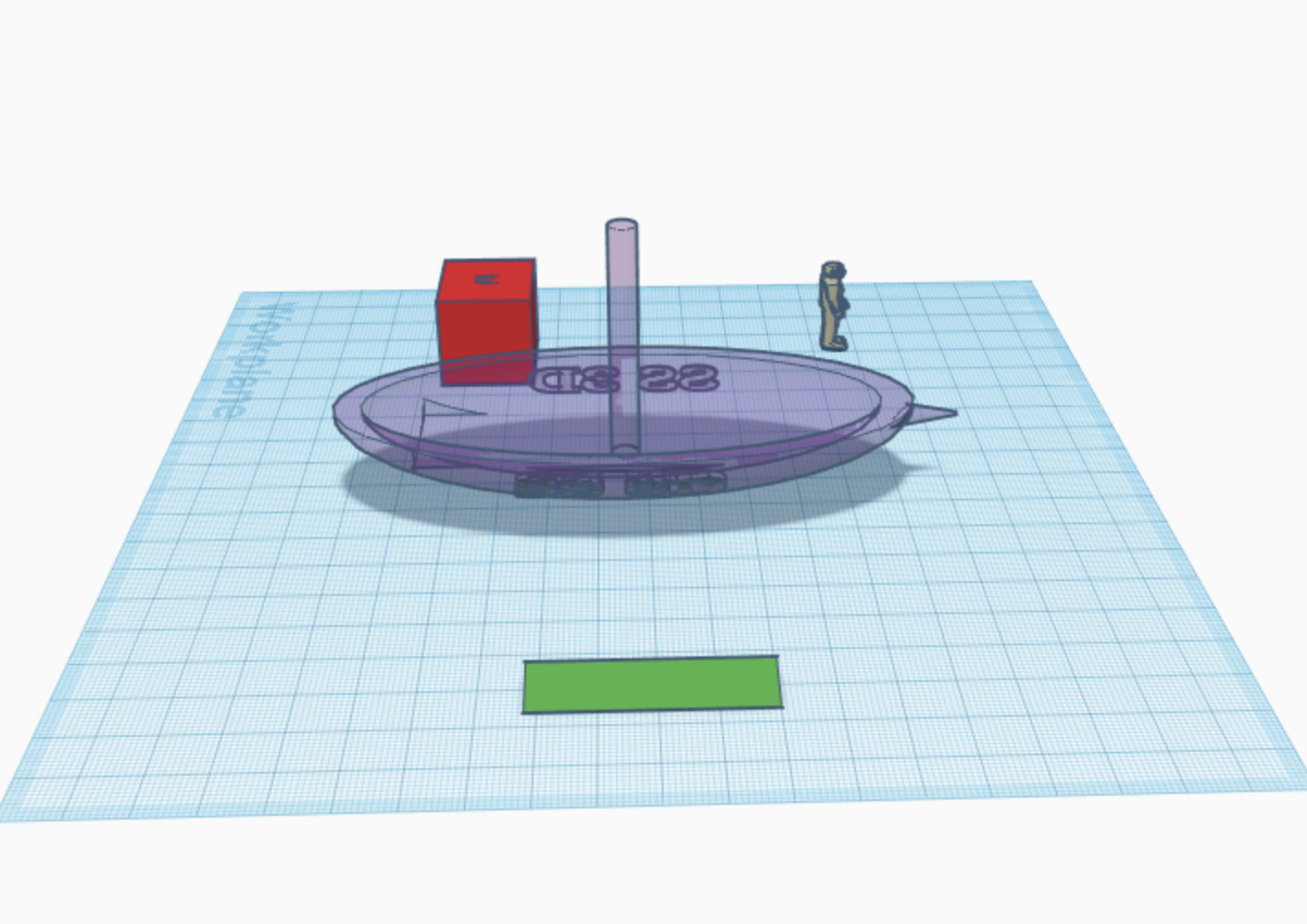 One thing we had to change during the creation of our ship was the hull of the boat.  This is so because we initially tried to combine multiple shapes to create the bottom but this led to rigid edges on the base of the hull which we believed would ruin its buoyancy.  We decided to use a hemisphere and stretch it out to our desired dimensions.  We the took another hemisphere and created a hold to create the bowl look.

The second major change we decided to do was print the part in ships and assemble the pieces post-print.  This was the best idea because we had fragile pieces such as the fin on the hull which would probably be destroyed if we tried to print together.  Evidently, we are using the modular strategy for the cargo box and captain as well.  What we are doing is making replicas of the pieces and using one to create a “hole” and the other will be the puzzle piece which will slide in during assembly. 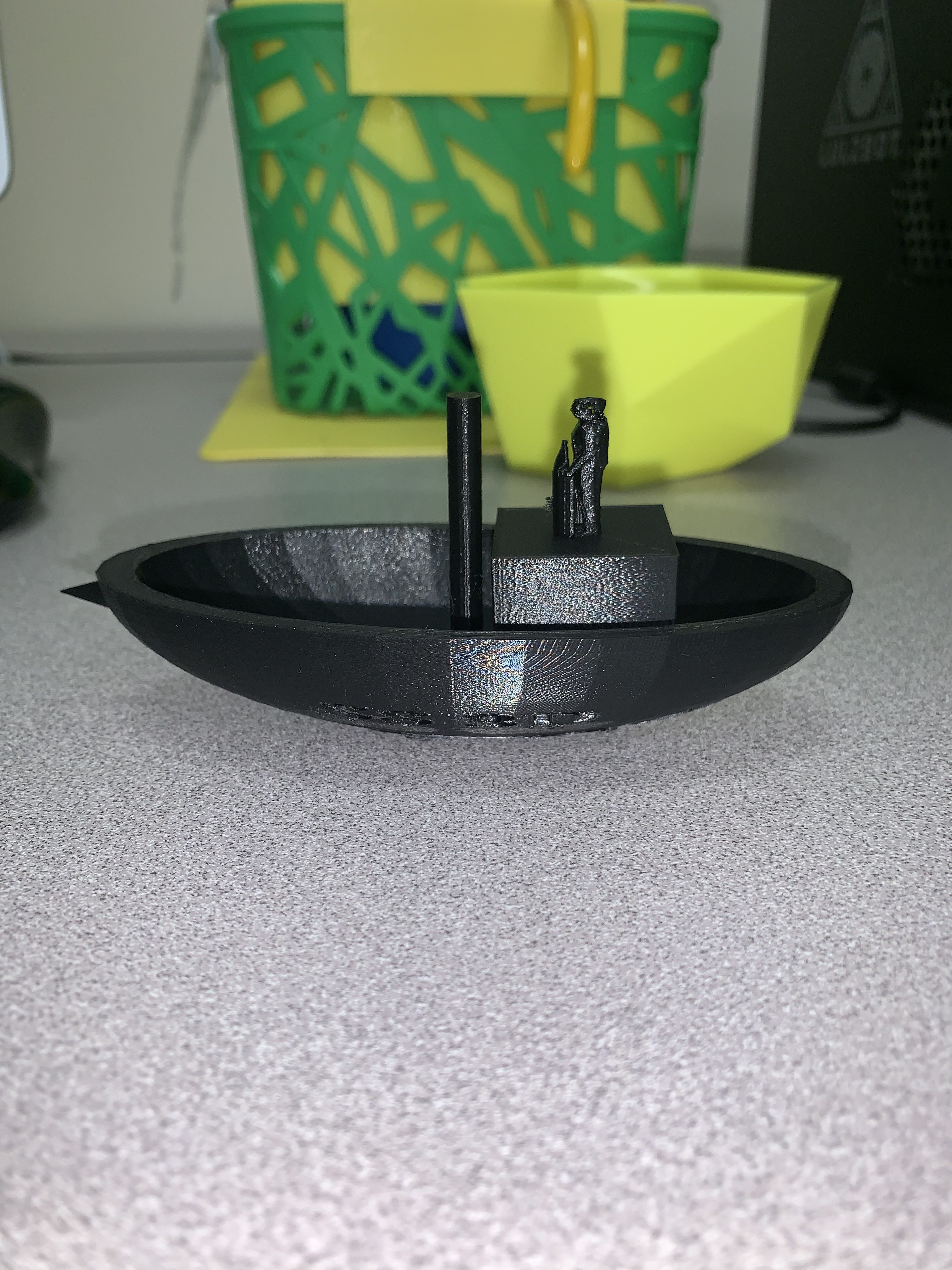 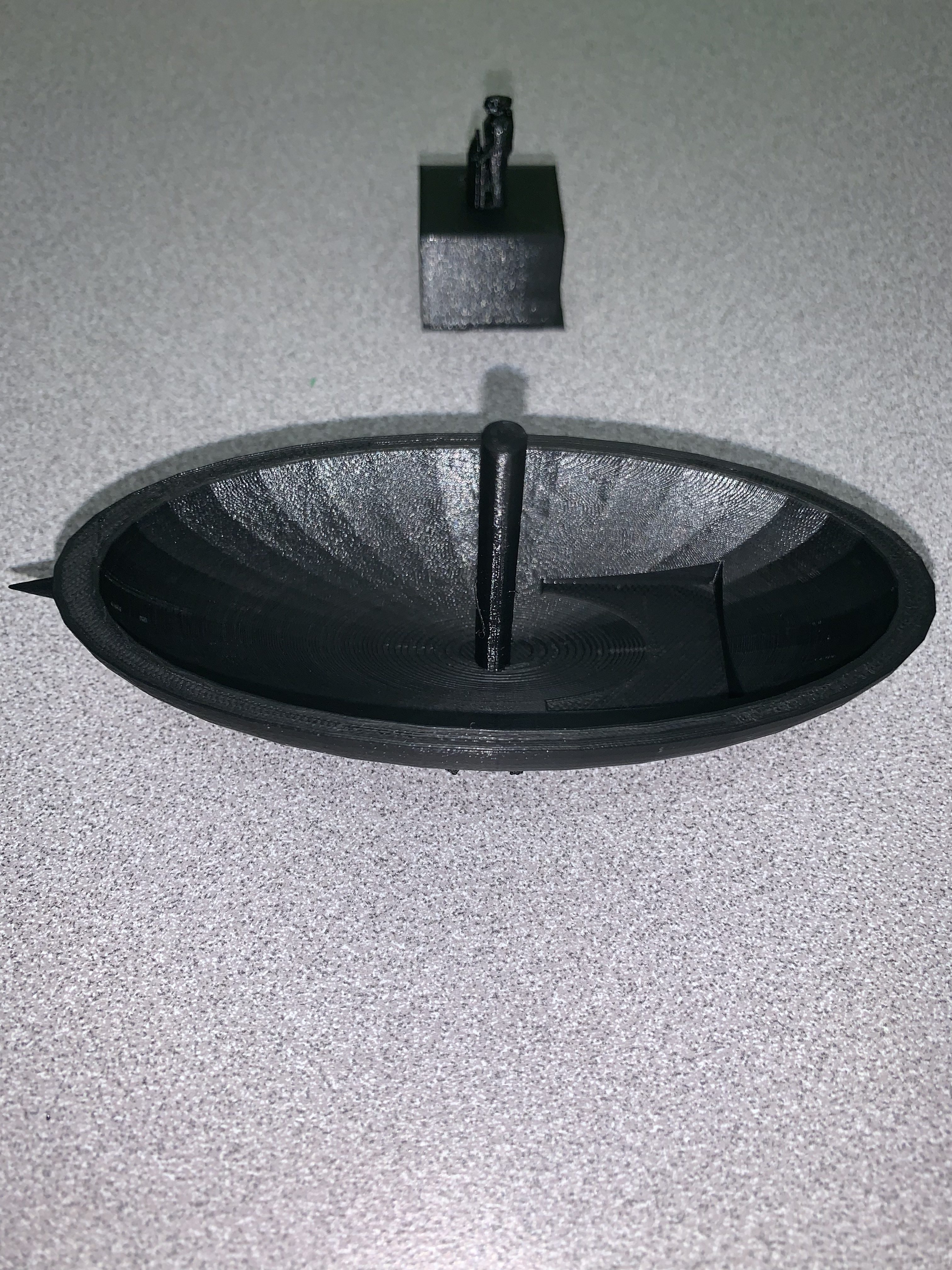 The final print of our ship was satisfactory because it included the fine detail of our engravings on the ship and the captain at the wheel.  It also was more sturdy than our previous print because we increased the height of the hull so it wouldn’t overflow with water when placed in a tub.  Another strength of our project was the consolidation of 2 of the modules so there were less loose parts.

Our print did have weaknesses as well unfortunately.  We had to get rid of the hull’s rudder at the base because it was fragile and wouldn’t fit into the slot designated for it.  Another weakness is that the boat will capsize easier due to the increase in hull height.  This makes the structure a little more top-heavy.

Overall, our final print was a great success compared to our prior prints of the ship, primarily due to switching thickness from fast to fine.