We plan to create a wiener dog model because we both have this breed of dog and think it would be a really cool challenge! Also we want to print different dog collars for each dog model.

For the start we both do not have much knowledge on 3D printing, but we both have the basic skills necessary to navigate tinkercad. 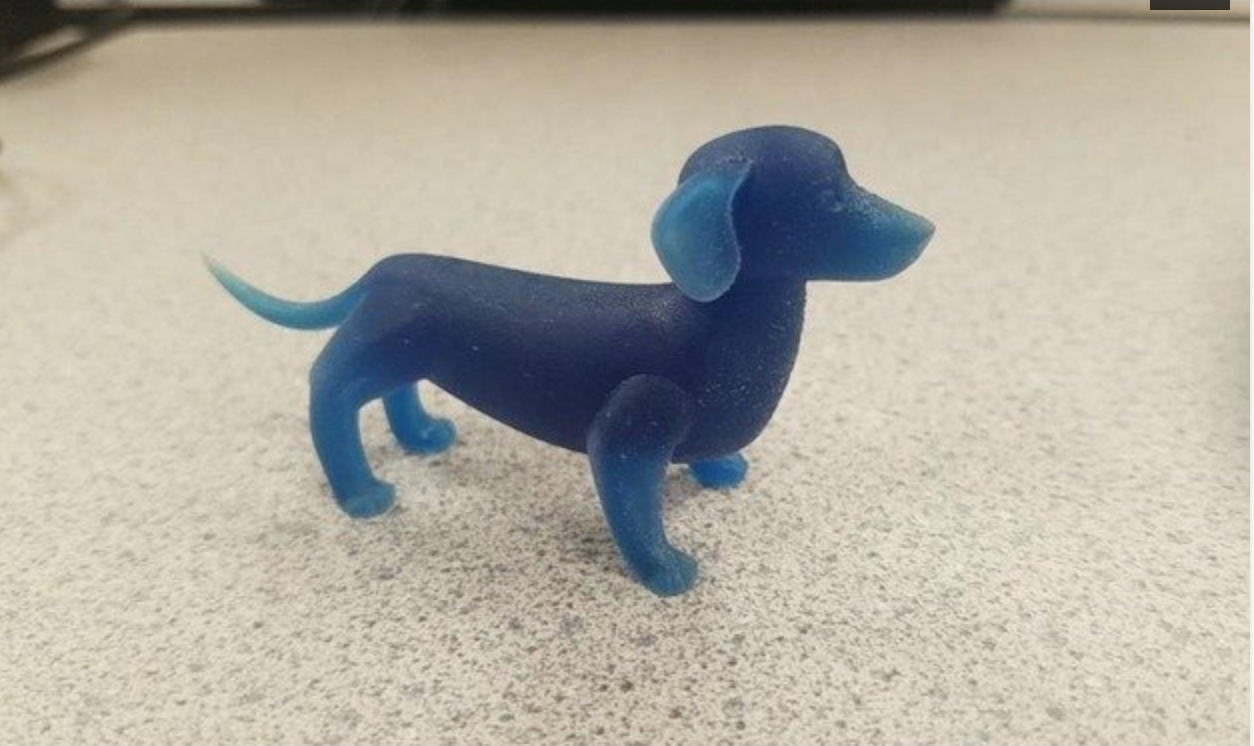 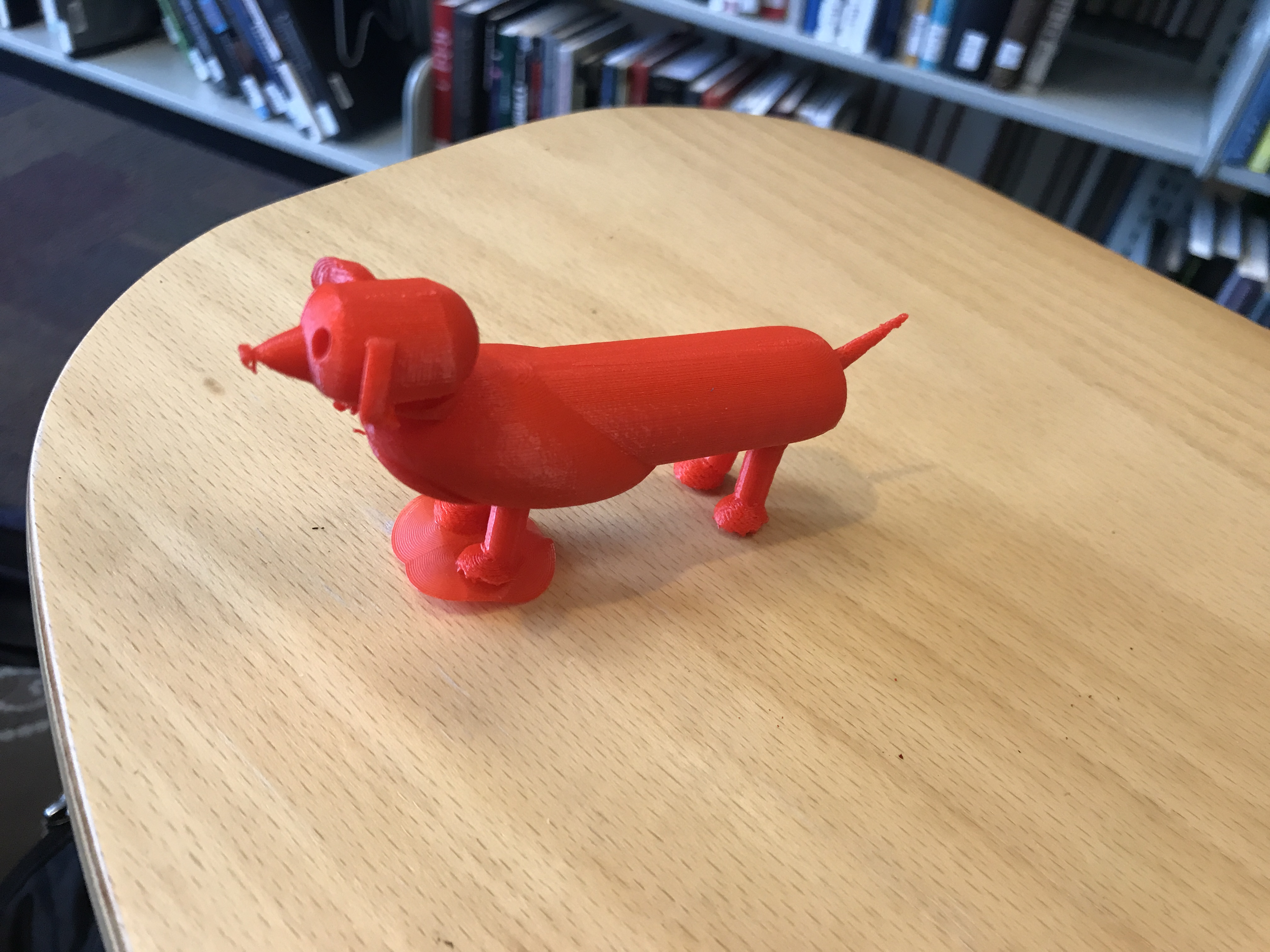 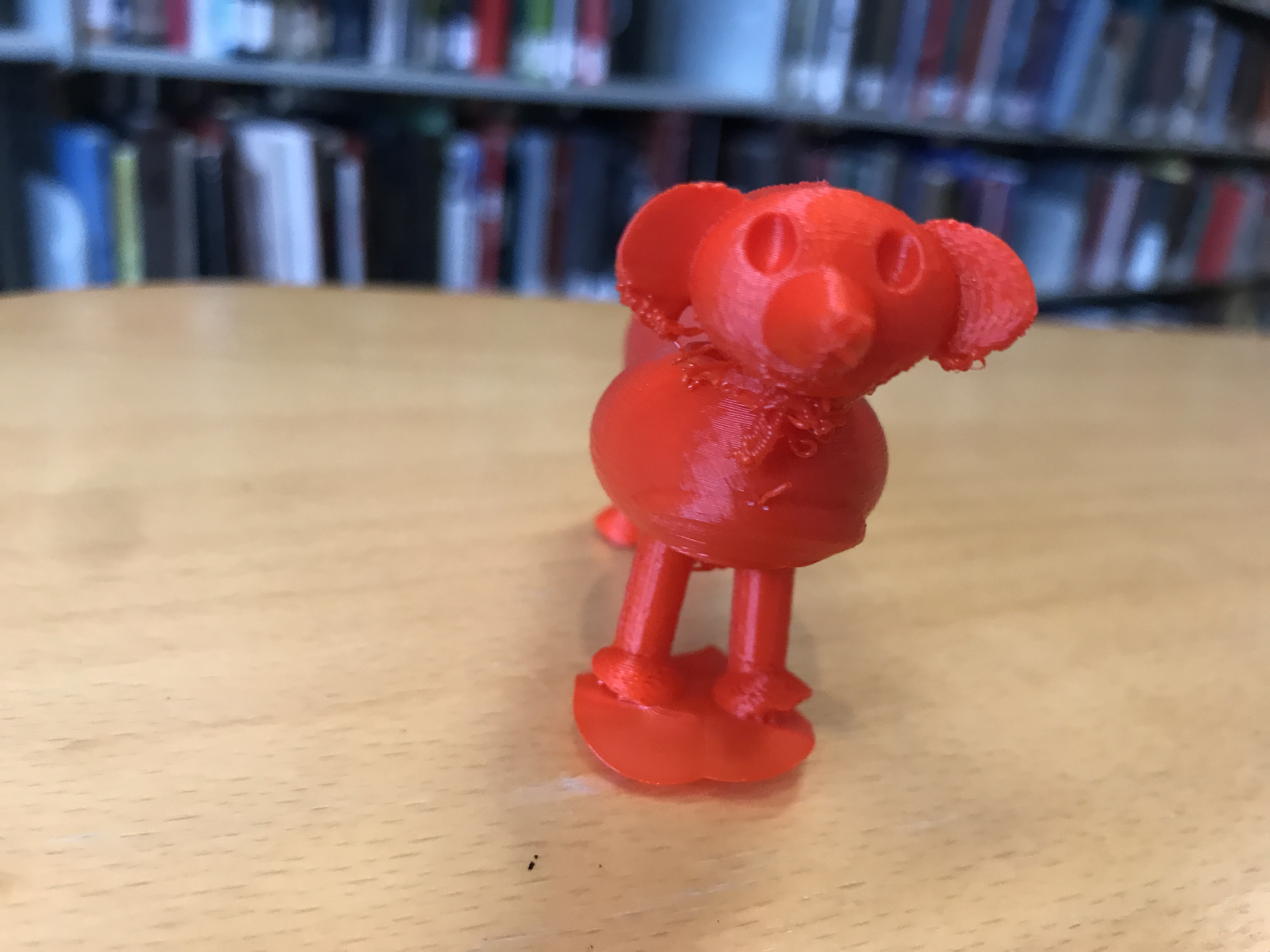 Our first draft print was a failure. We learned that we needed to change the nose, ears, collar, and feet. We added full support, however when we ran it, it didn’t work and did not provide the support needed for the ears and collar. So we changed the ears and collar and moved the overhang closer to the actual body of the dog. The body and tail of the model printed well though. We thought it looked more mouse looking than dachshund.

You can see in the pictures how the collar did not print at all and was just squiggles, that is because the part that didn’t have support just fell off of the dog and did not stick at all. The same goes for the ears which the bottom did not form correctly because it had no support.

The first thing we changed was the collar. Since the printer did not provide enough support for the big overhang that the collar had, we moved the collar closer to the body of the dog. Now the collar is attached to the dog and the overhang is smaller so the printer will be able to support it. 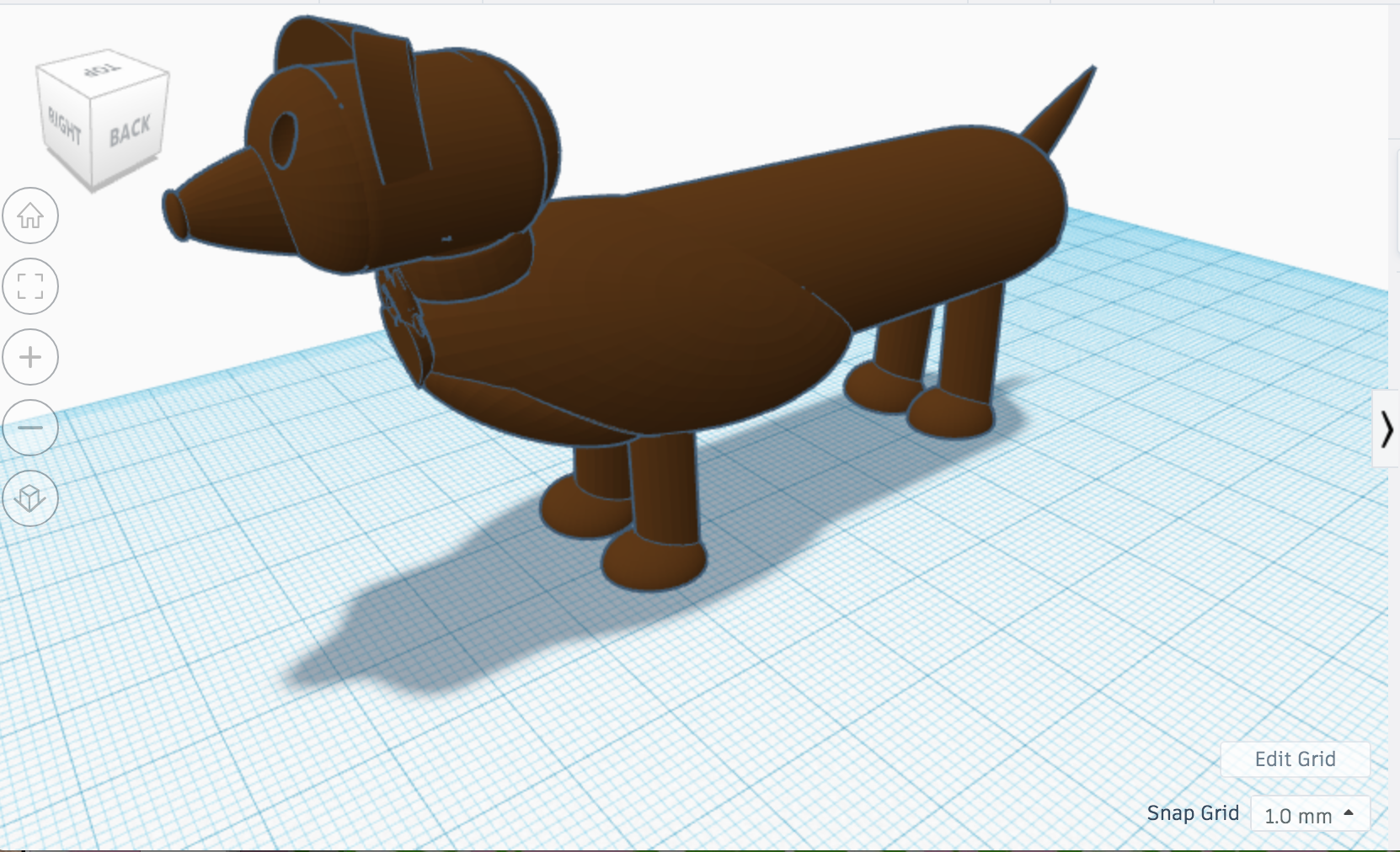 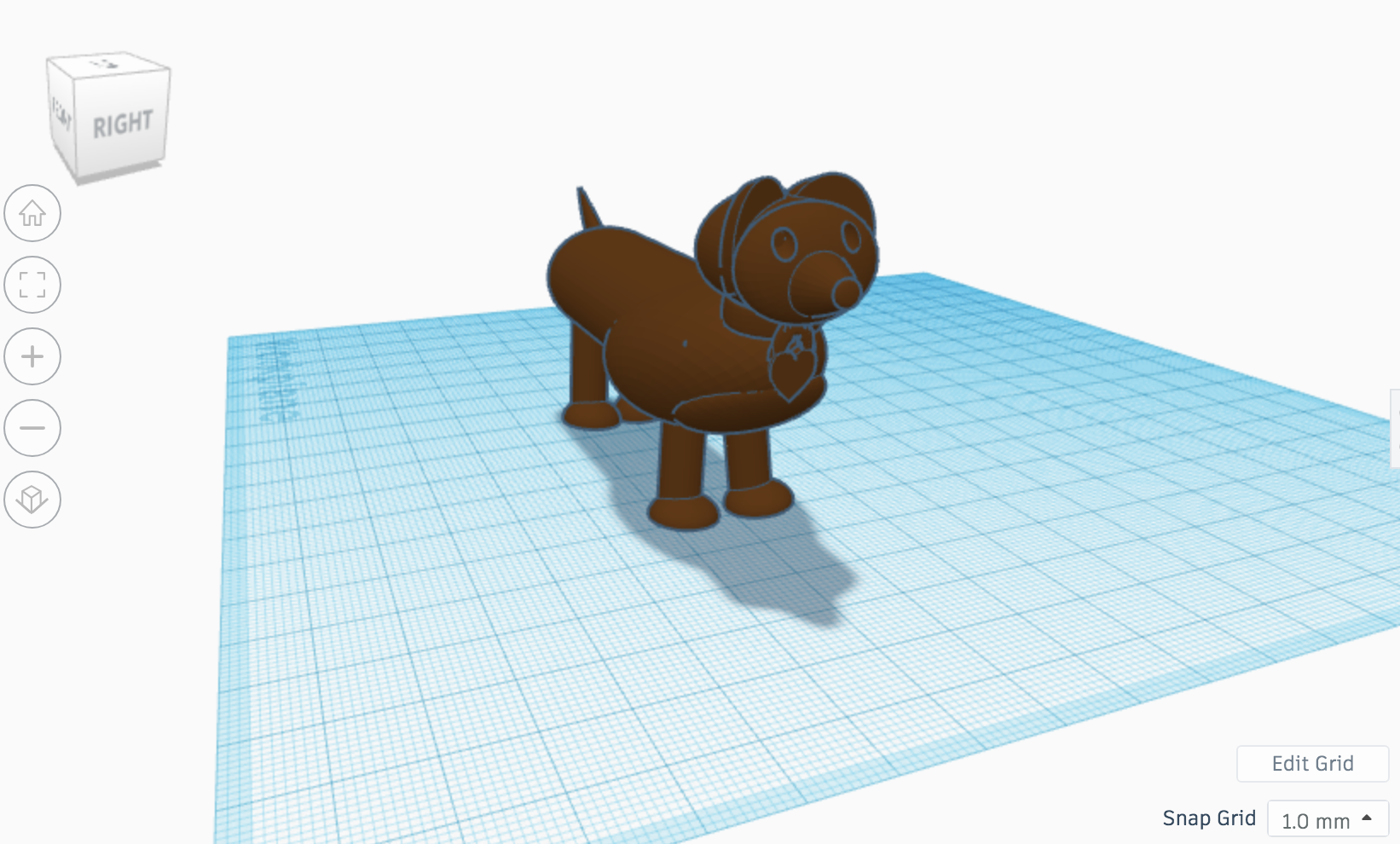 As shown in the screenshots, we moved the collar in towards the dogs chest so it would be part of the body and not need as much support. Also, we moved the ears in towards the head so they did not hang over and require the support that we could not get from the printer. 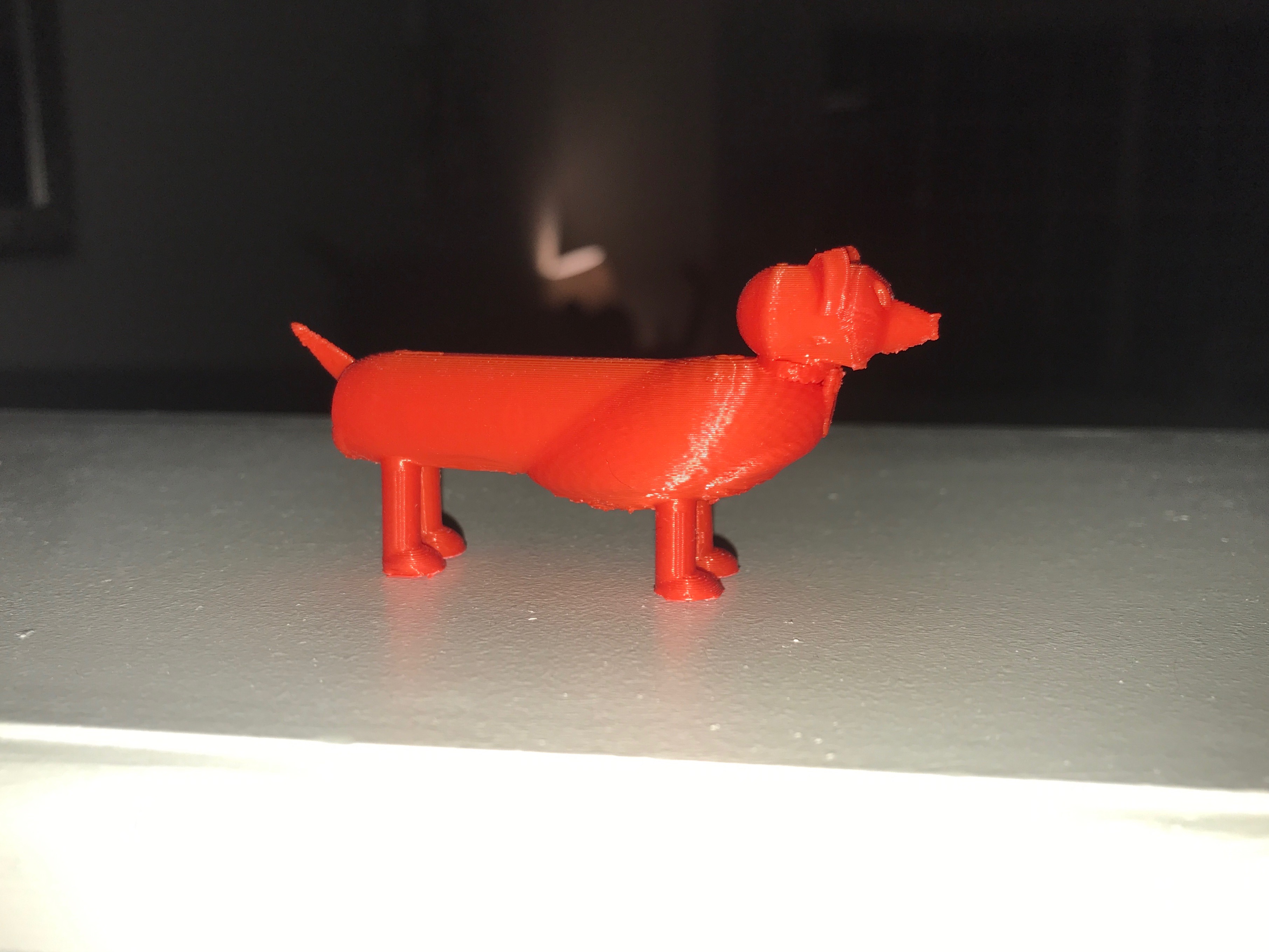 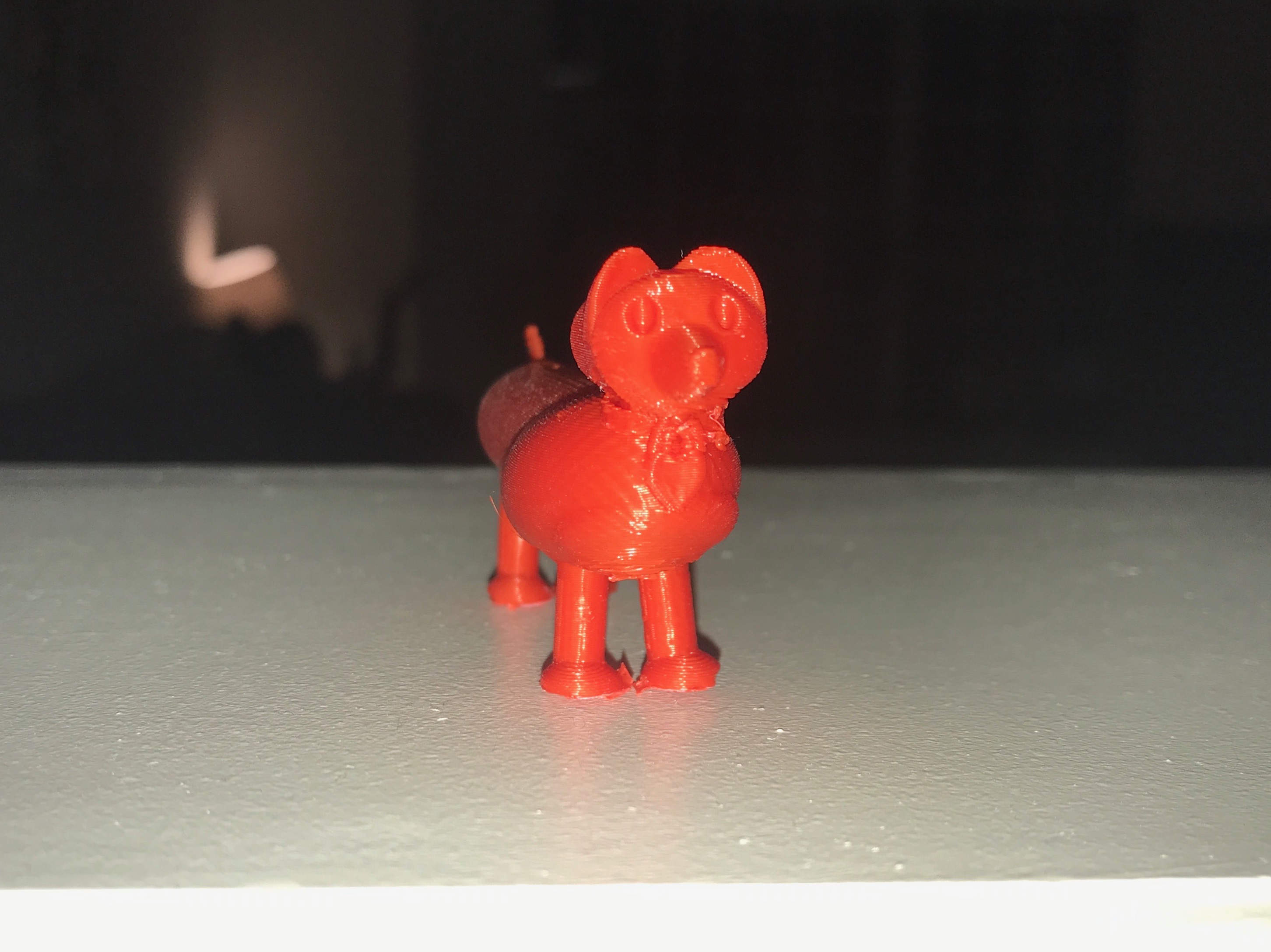 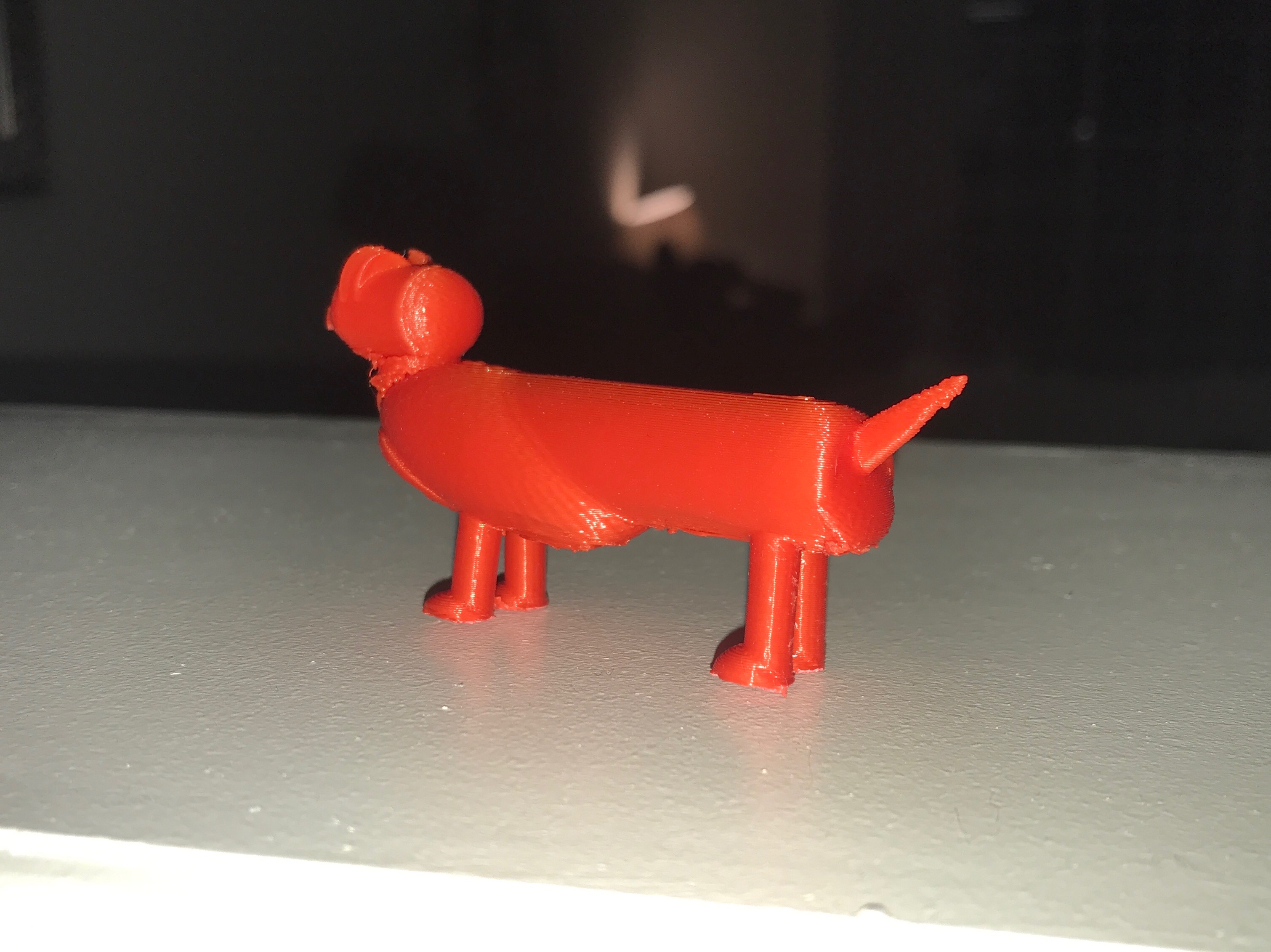 Our final model turned out pretty well! We fixed the problems that we were having earlier with the support. We got the heart collar to show up on the dogs neck which is shown in the second picture. Also, the ears were not messed up like they were in the first model that we printed. We think the strengths of the model are the legs and the body of the wiener dog. The body and legs came out really sturdy and well. This was an upgrade from the original first draft print because in that one the legs were really weak and one ended up breaking. Our weakness was definitely the ears and collar. Even though we got the ears and collar to a place where we felt they looked good we still think there is room for improvement. Also another weakness we thought was that it was not as realistic as we were hoping to make it look.