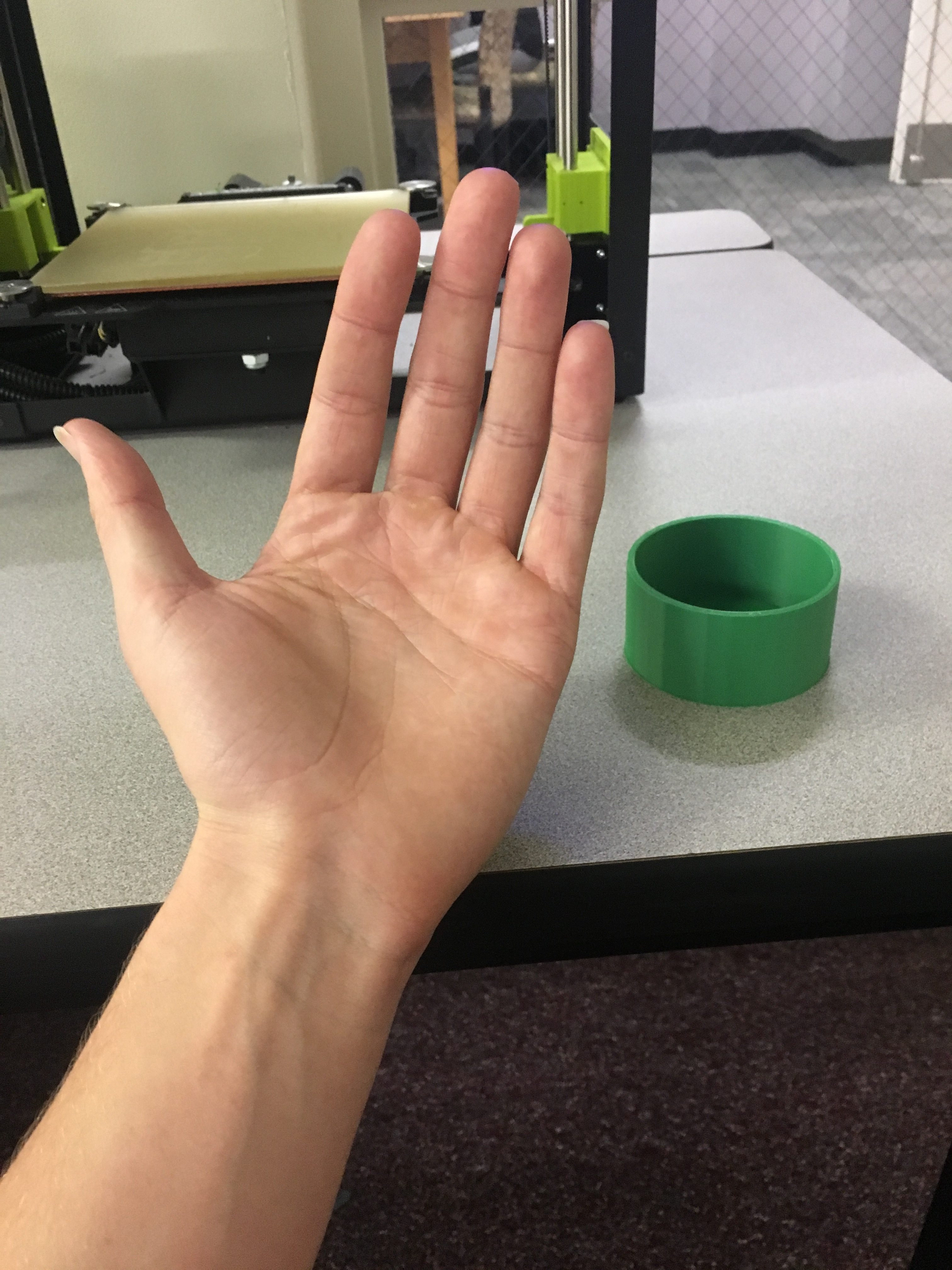 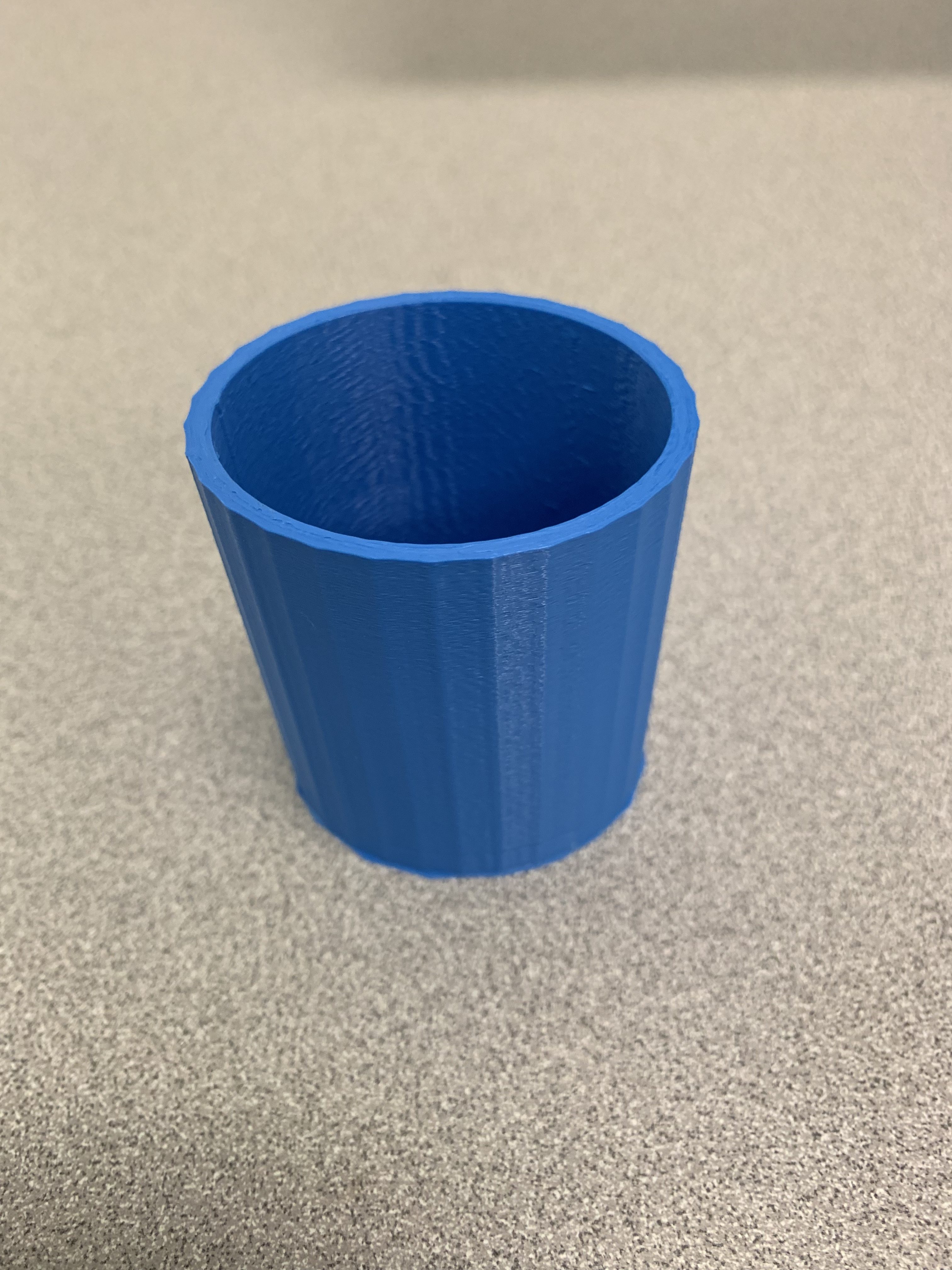 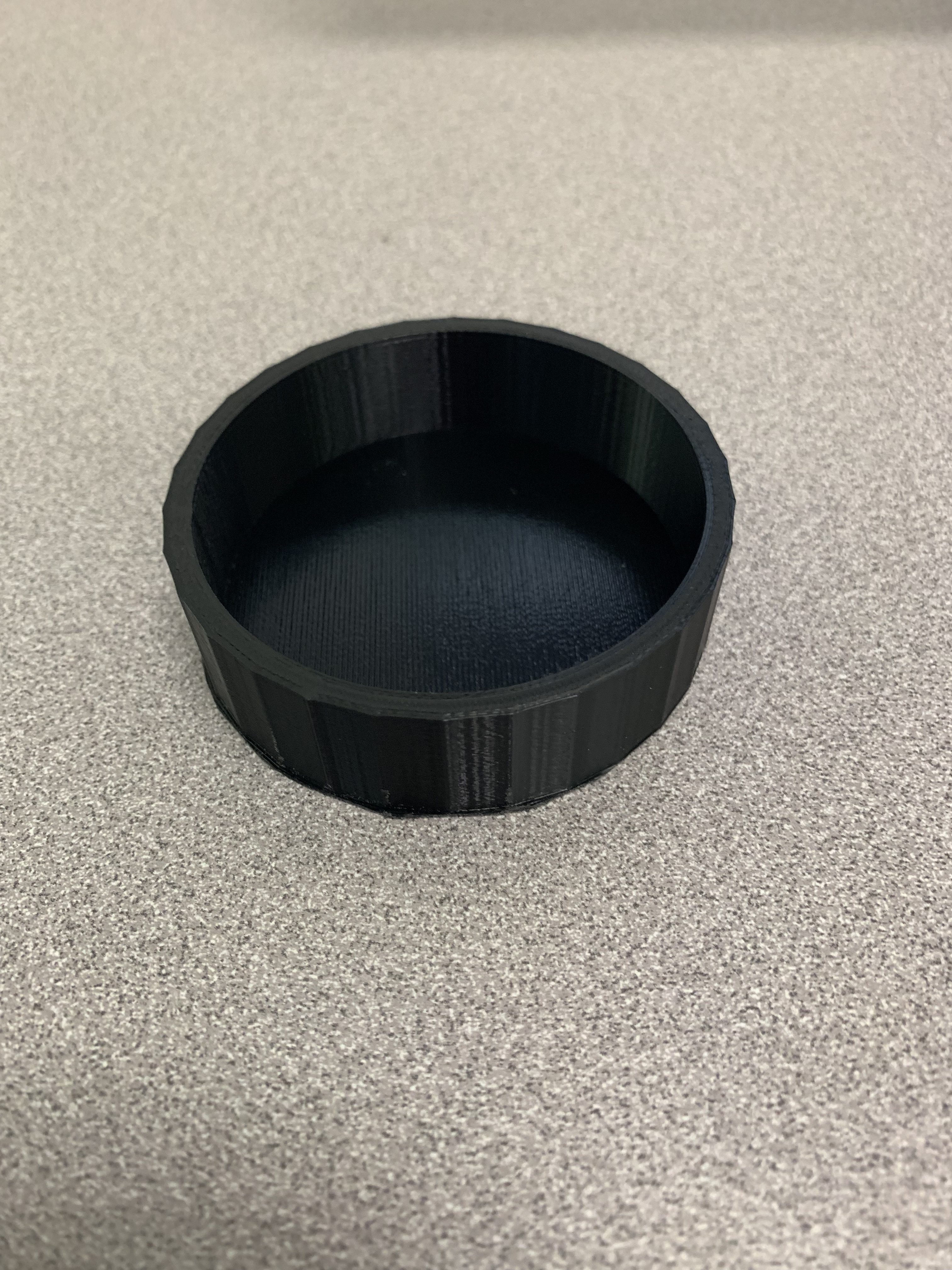 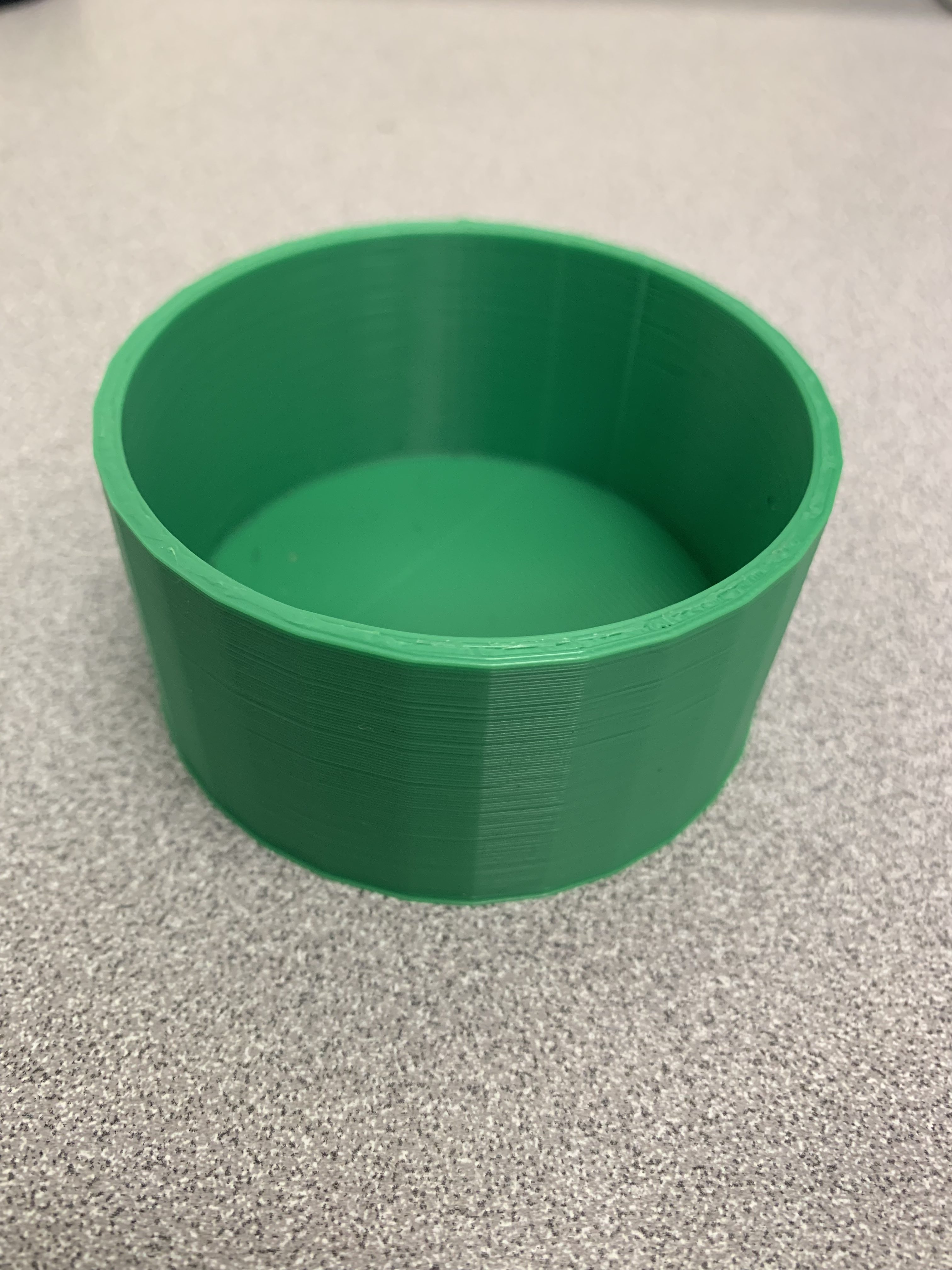 In the first print we changed our code to create a more ovular opening for the holder.  This was done by only adjusting the X axis and holding the Y axis constant.

The second image was just a wider base so it could hold something a little bigger than a bottle.  This was done by reducing the height on the Z axis and increasing the X and Y axis uniformly.

The last image was our final print and it was accomplished by using a similar print in the second print, but instead of reducing the height on Z axis we increased it to create an actual full sized cup holder.  This is the most functional print.

The strengths of the lower heights is that it is easier to clean, but it has less support and increases risk of spillage.  The green print is the most functional and will serve the best use for the average person whether it be as a coffee holder, coaster, or a simple koozi.