We have decided to create a plane. We thought this would be a good model because we both love to travel and thought that this would be something that would challenge us in tinkercad. From the start, we both know how to create basic shapes and objects in tinkercad and how to put them together. From this project, we will learn how to make more realistic objects in tinkercad. For this model to make it look like an actual plane we have to do more than just put shapes together, we will have to reshape them and scale them in a way they are on a real-life plane. 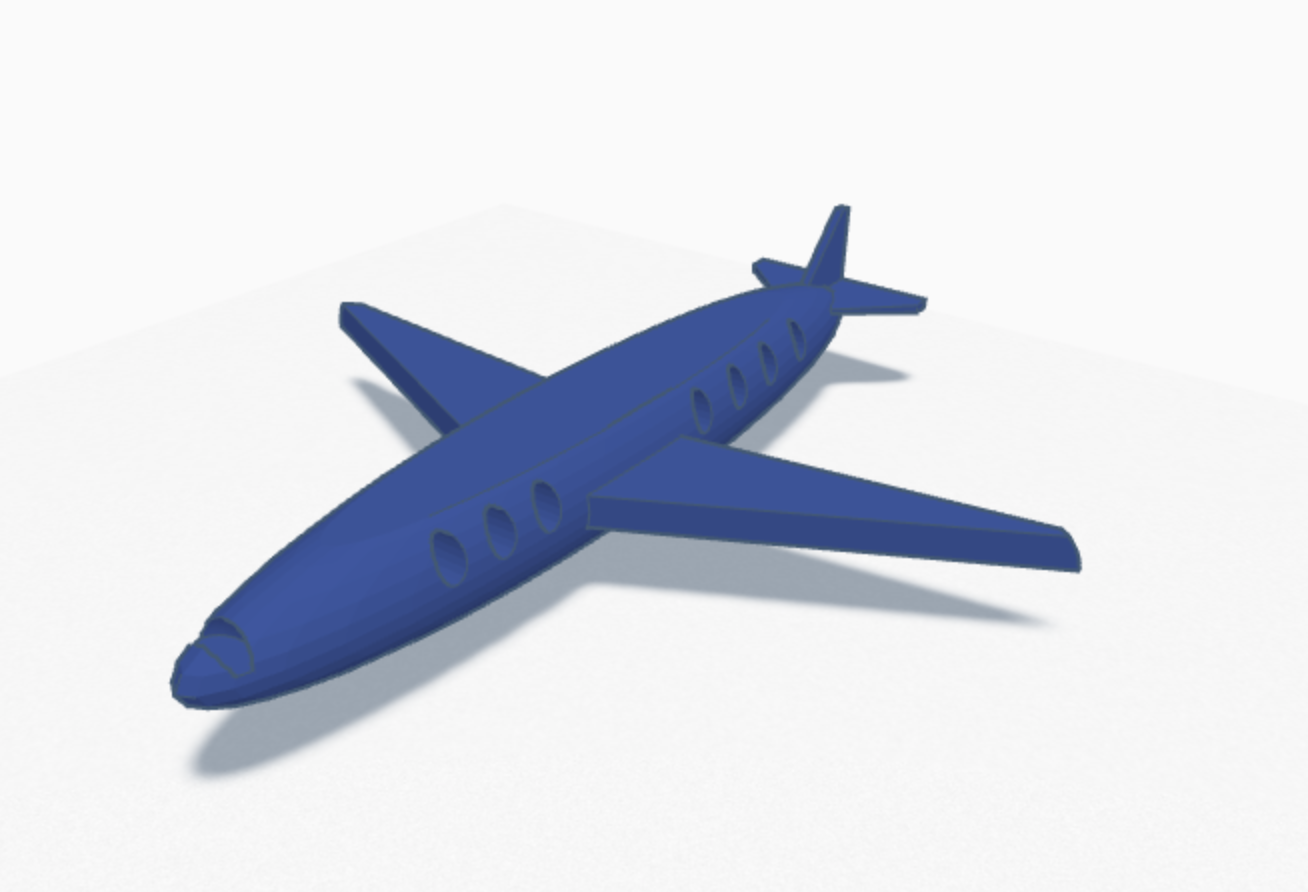 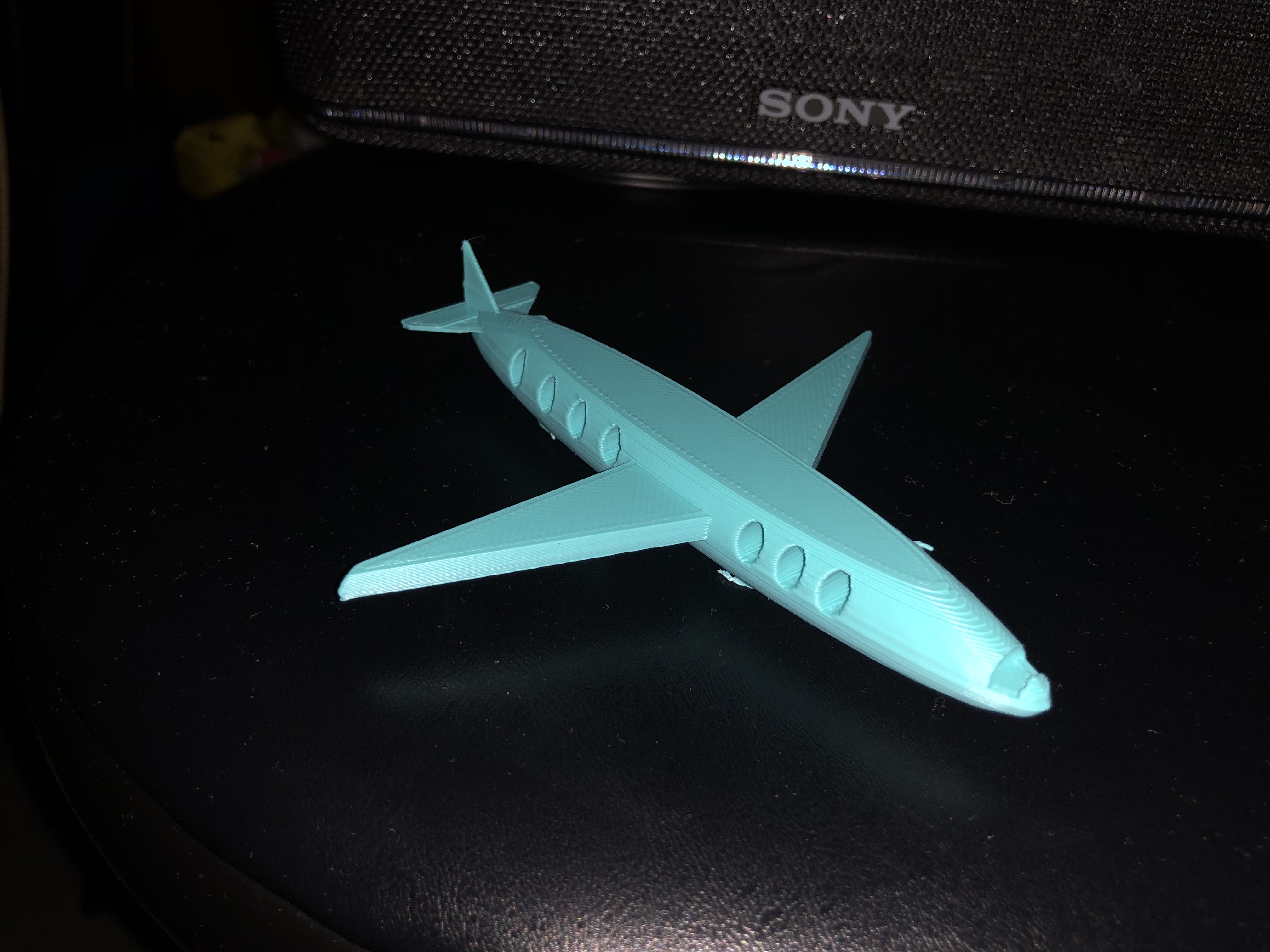 We would say our first draft was a success. The model was able to print in the printer without any problems. There are changes that could be made to our model to make it look more realistic like the wings but other than that it is a decent first draft.

One thing that we had to change about our model was the wings. The direction of the wings were not mirroring eachother, so we switched it so they had the same width and were in the same direction. We also rounded the edges of the wings to give it a more realistic look and added lines in the wings by making holes out of boxes to give it cosmetic detail. Lastly we flattened the bottom of the plane by making a hole from a box. 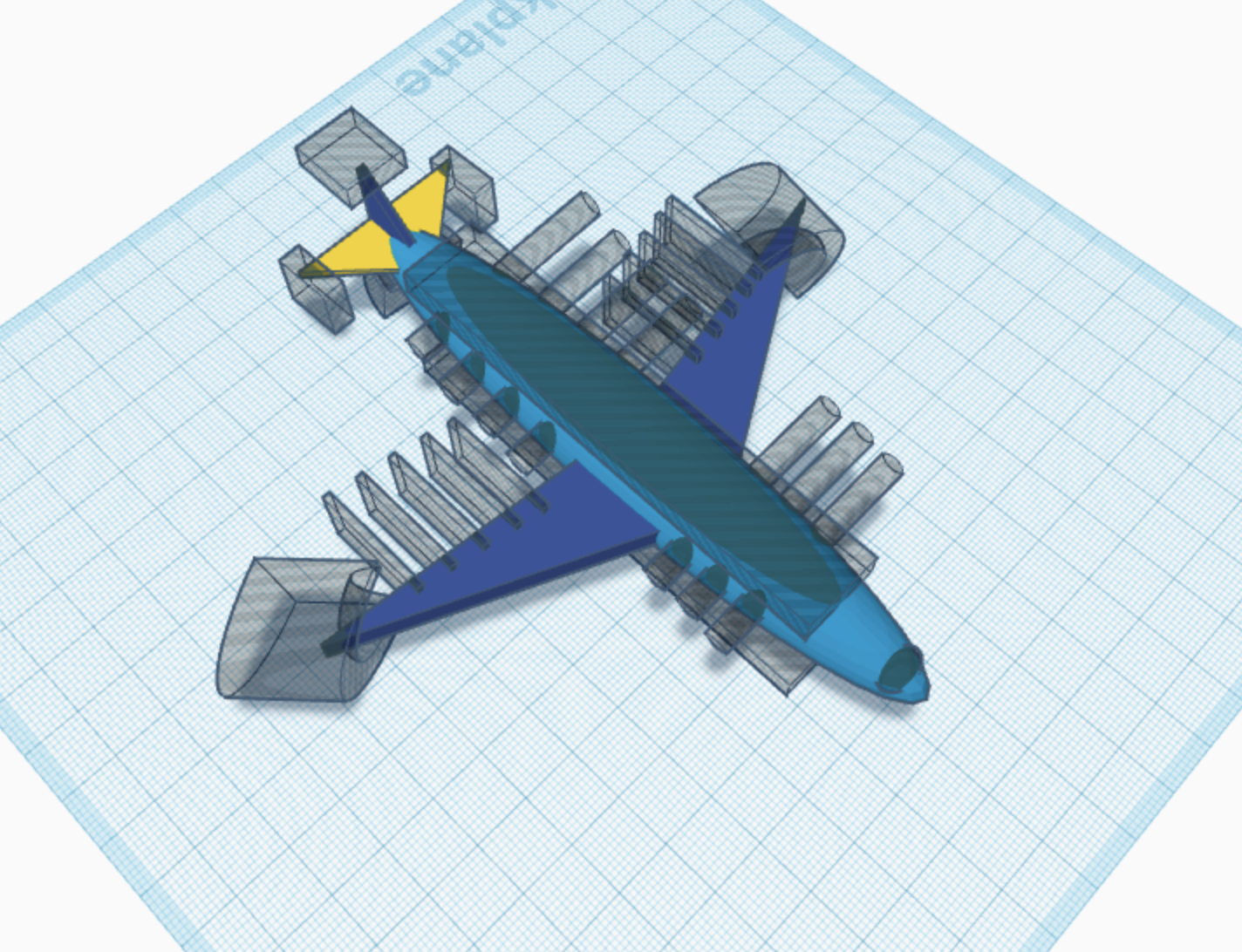 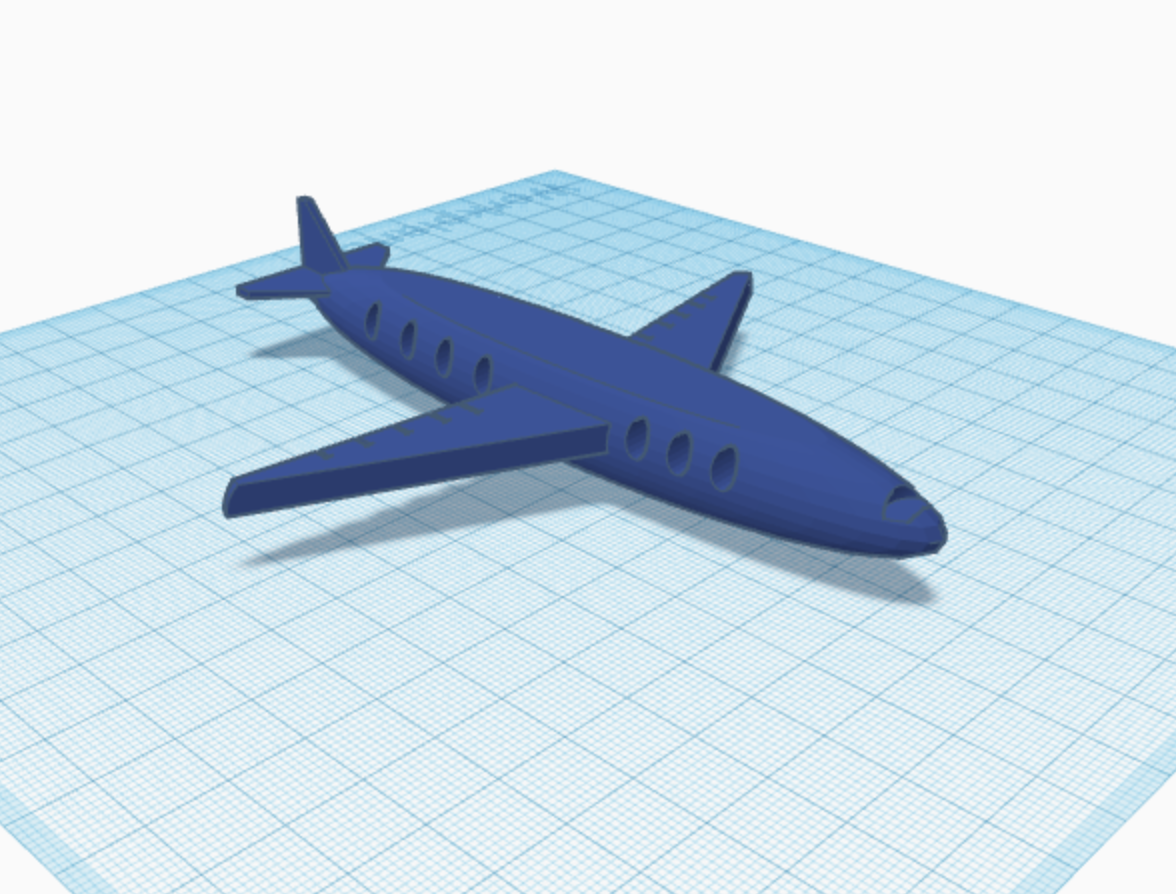 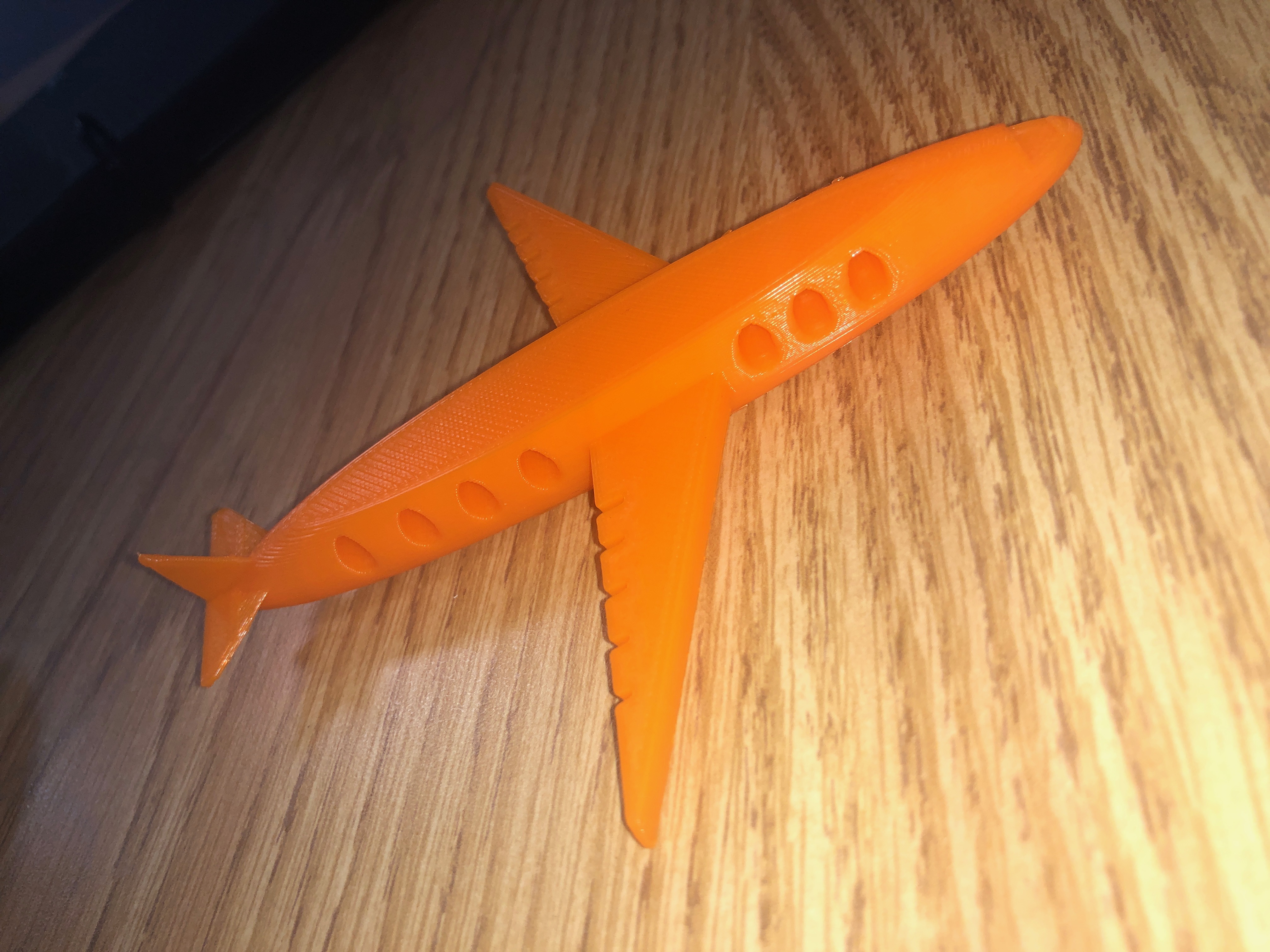 The final print was a success! After changing a few details about our model and adding some cosmetic touches, we feel that our final print came out just as we had imagined. Making the bottom of our model flat helped with the support not overpowering the whole print. Previously, a weakness while going through this process was when we tried to remove the support from the model we found it was damaging the print but this time around there was no alterations after removing the support. We feel that our strengths of this print are that we were able to do a fairly good job at making the air plane seem as realistic as possible. We feel that the dimensions are exact and symmetrical along with the holes for windows being evenly spaced apart. Something that we also struggled with originally were making the wings the same size and we feel we have accomplished getting them to mirror each other exactly right on each side.