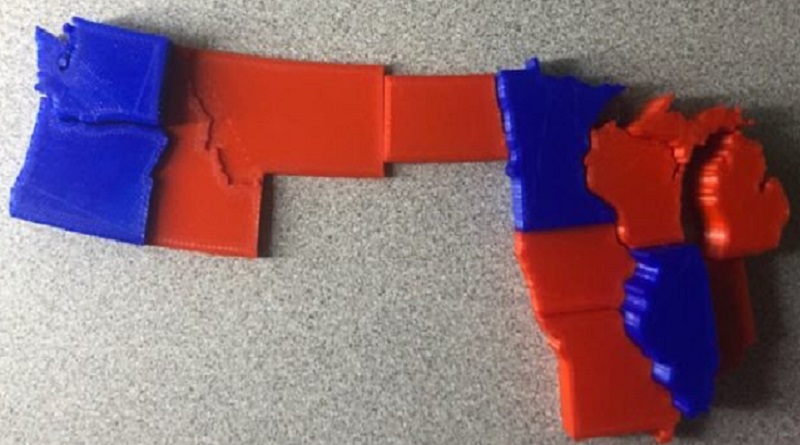 This week we were able to get the Ultimaker 3 loaded with red and blue filaments to be able to print a double color 3D model of the United States.  We tested printed states that represented the most recent election between Trump and Clinton.  The Republican states are represented in red and the Democratic states are represented with blue, just as you would normally see on any election map.

The image below is what the result of using the Ultimaker 3 loaded with red and blue filament.  The print turned out pretty decent.  The only problem that we had was the next day we came in to class the printer that we had loaded with the correct colors was no longer loaded correctly.  We are not the only class using the JMU 3Space Classroom as there is also the 3D Printing Club using the space as well. 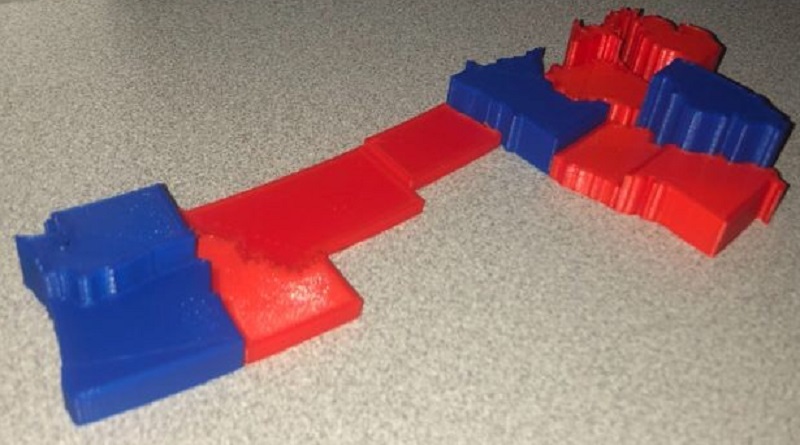 Our next steps will be coming up with a formula to use to print the states so that they show a proportional area of each state according to their electoral votes.  We hope that this will show that states with the same number of electoral votes that have more land area and less population are equal to states with less land area and more population.

So far we have successfully made three test prints and the image below is our results. We have come to the realization that some states need to be printed together so that fit more together like they should.  We plan to try a test print of the whole United States to see if we can successfully execute that. 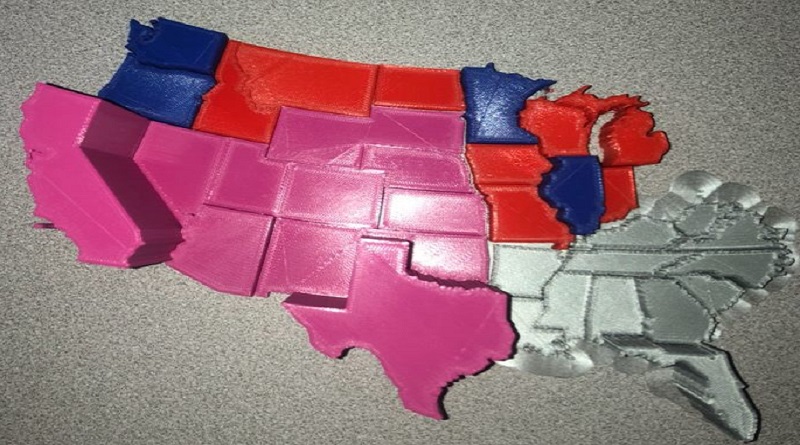