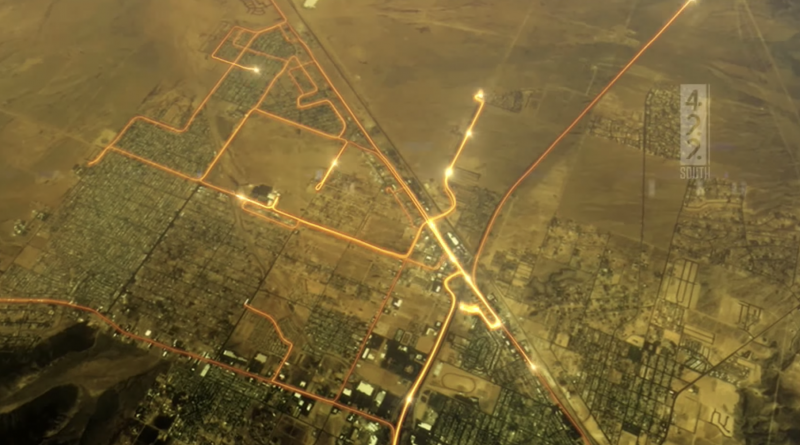 I have to travel for a conference today so we will not be having class. In place of class time, you will watch the following series of videos.

All together these videos make up about an hour of watching time. You should spend another 45 minutes or so between or during videos to take written or typed notes and record your thoughts. Some questions to consider: What would make a 3D world-representation project relevant and meaningful? What clarity could a third dimension potentially bring to data visualization? And which of these types of topics — or others that come to mind after watching these videos — appeal most to you as a project to tackle in class this semster?

Bring your notes with you to class next week, as we will be using them as a starting point for discussion.

TED talk on The beauty of data visualization (18 mins)

This video really gets to the heart of some of the topics we will explore in this class. How can we make data intuitive, understandable, and beautiful? And why does it matter?

The bad map we see every presidential election (2 mins)

A very short introduction to why the red/blue election maps can be misleading, and how to better illustrate election results with distorted or abstract state boundaries. Perhaps some 3D visualization project could help with intutitive visualization of this data in a way that preserves state or county/district boundaries?

This video covers the basics behind gerrymandering and what it is. One possible project could be 3D visualizations of gerrymandered districts combined with various demographic data sets.

Representing the world doesn’t have to be a data operation; it could also be a direct physical or virtual re-making of the world. In this video, a 3D object is created to give a meaningful tactile experience for a famous painting. One project could be the generation of 3D prints that recreate the world itself in meaningful ways.

How To Use The Sense Handheld 3D Scanner (4 mins)

3D scanning is awful, frustrating, unreliable, and a minefield of failure. Even after scanning there is a lot of tedious digital work that has to be done in order to get a 3D-printable file. However, we do have access to a 3D scanner of the type shown in this video, and one project could involve using this scanner in some meaningful and relevant way.

Many universities have created 3D-printed tactile maps for the blind and sight-impaired, but perhaps not yet JMU? It might also be interesting to combine this kind of project with topographic/elevation data, since our campus is quite hilly in some places.

Here’s one example of 3D-printed topography. There are many software pathways to creating 3D maps, so don’t worry about the particular software in the video; just focus on the possibilities of printing topographic data to represent the world around you. One class project might be to create a physical 3D elevation model of the Blue Ridge Mountains, Harrisonburg, or the JMU campus.

Back to data representation; trying to visualize the actual distribution of wealth in this country is a challenge. The gloomy video below is five years old, and the situation is if anything more imbalanced today. How could 3D models be used to viscerally represent this situation in a way that is immediately obvious, understandable, and meaningful?

How to spot a misleading graph (4 mins)

Finally, let’s consider how graphs can be misleading, and what people assume about visual representations of different types. How can we be sure that our data visualizations faithfully represent reality? When you construct 3D representations of data, you’ll be able to leverage volumes and shapes to make certain concepts obvious — and in addition, you’ll have to be wary about what assumptions people will bring when viewing your 3D models.